“I’ve often felt that people have no regard for athletes mental health and this rings very true whenever I see a press conference or partake in one,” Osaka wrote. “We’re often sat there and asked questions that we’ve been asked multiple times before or asked questions that bring doubt into our minds and I’m just not going to subject myself to people that doubt me. I’ve watched many clips of athletes breaking down after a loss in the press room and I know you have as well. I believe that whole situation is kicking a person while they’re down and I don’t understand the reasoning behind it.”

Williams responded to the post, saying, “Girl, do you. Your life is yours to live!”

“Me not doing press is nothing personal to the tournament and a couple journalists have interviewed me since I was young so I have a friendly relationship with most of them,” Osaka wrote. “However, if the organizations think that they can just keep saying, ‘do press or you’re gonna be fined,’ and continue to ignore the mental health of the athletes that are the centerpiece of their cooperation then I just gotta laugh.”

Players can be fined for not participating in press conferences. Osaka addressed this in per post, saying, “I hope the considerable amount that I get fined for this will go towards a mental health charity.”

The main draw of the French Open, the second major event on the tennis calendar, starts on Sunday.

Osaka, 23, who has won the both the US Open and Australian Open twice, did not compete at Roland Garros in 2020, citing a hamstring injury. She has not advanced past the third round in this major event.
source: cnn.com 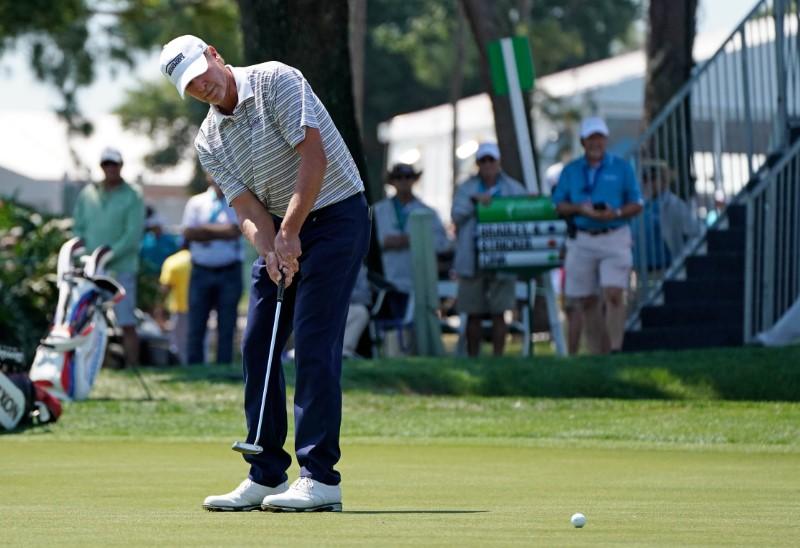 Steve Stricker shot a 6-under-par 64 Friday to set the 36-hole tournament scoring record while taking a two-stroke lead at the U.S. […]

Chelsea disappointed 11,000 Russians inside the Krasnodar Stadium but managed to keep the most important one entertained. There was no danger of […]

Chelsea are already lining up replacements for Maurizio Sarri, who could receive 1,000 Nicorette patches as compensation for being sacked less than […]

Riders at next week’s Tour de Yorkshire could be greeted by up to 10,000 people wearing masks depicting the UK’s richest man […]