If you’ve been missing flying, you’re certainly not alone. Everyone is desperate to board a plane and jet off above the clouds somewhere. Anywhere.

However, a recent lively online forum discussion in which pilots and flight attendants listed their gripes with passengers serves as a warning not to see the flying experience through rose-tinted spectacles.

The thread contains over 2,600 comments, with flight crew recalling passengers taking food from the galley without permission, stuffing the overhead bins with oversized luggage, being intimate under the free blanket, poking crew ‘on the a**’ – and more. 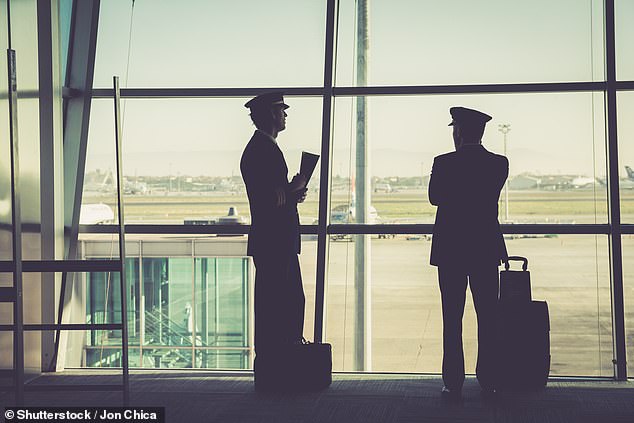 The bugbears were posted on a Reddit thread after someone posed the question: ‘Flight attendants and/or pilots of Reddit, what are some things passengers do that get on your nerves?’

First up? Passengers’ power to annoy before they even get on the plane.

Pilot ‘PlaneShenaniganz’ wrote that passengers’ stopping me in the terminal to ask for information about your flight’ was what got on their nerves.

They explained: ‘I do not possess universal knowledge of every single flight for every single airline. Direct your attention to the departure boards, or just Google your flight number.’

Another pilot, ‘121guy’, revealed a pre-flight customer interaction that was even more stressful: ‘My personal favourite was the guy who screamed at me while I was in the terminal getting coffee because his flight wasn’t leaving on time.

‘The whole northeast was shut down for thunderstorms, but his iPhone said it was ok for us to go, so he had to tell me how bad I am at my job.’ 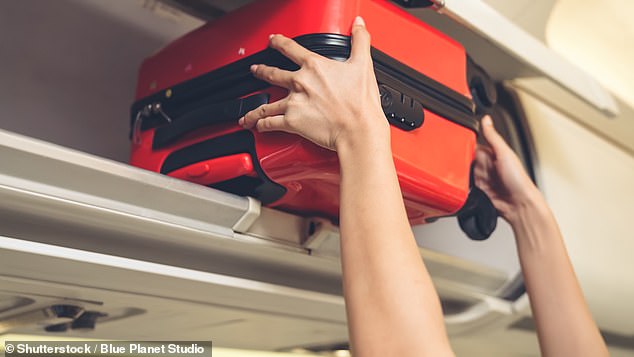 For one flight attendant, passengers who ‘stuff the overhead bins full without using under-seat storage’ was their biggest irritation

The discussion continued at pace, moving onto the boarding of the plane.

They added: ‘Closely related – carry-ons that are too large to fit under the seat and/or too many carry-ons.’

While another flight attendant, ‘Throwawaybibbi’, added that their boarding annoyance was: ‘Telling me it is your honeymoon so you can get bumped up to first class for free on this flight to the Caribbean. Look at the back of the plane – everyone is on their honeymoon!’

And ‘Airsteps350’ said parents who ‘let their kids do whatever they want’ was what left them exasperated.

They recalled a time when they ‘almost had to cancel a take-off because a toddler was crawling in the aisle just because mom said he wouldn’t sit still shortly before take-off’.

Once up in the air, Helfsich, a former flight attendant with 15 years’ experience, said they got frustrated by passengers’ walking throughout the aircraft barefoot… especially into the toilets’, and flyers ‘who do aircraft yoga during the service’.

They added: ‘By all means, if the lights are off and it’s quiet, go ahead, but if there’s a buzz of activity near the galley, then maybe wait a while.

‘Speaking of which, assuming the galley is a free for all. Sometimes we don’t get provided crew food for work and bring our own. If we’re busy attending to a call bell and can’t finish our snack or whatever… It’s not for you to just grab and eat… At least ask first!’ 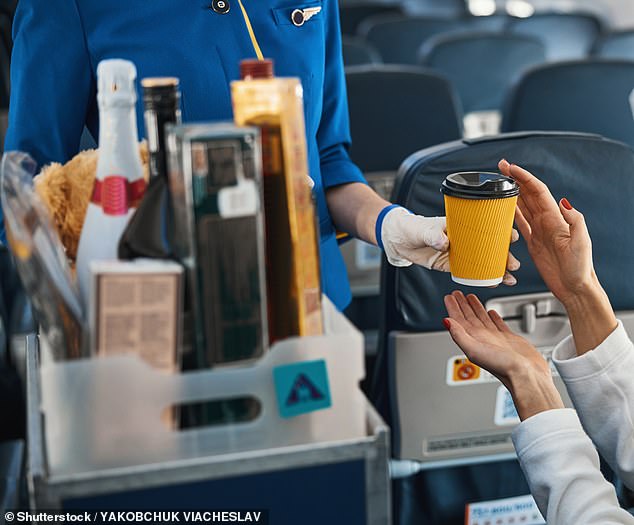 One participant said: ‘[Don’t] act like it’s a restaurant and you’re the only customer in it’

‘Papa_Cass_Eliot’ wrote that passengers should ‘stop expecting free alcohol because you handed me a three dollar bag of candy you bought in the airport’.

He said: ‘I’m a grown a**man. You didn’t make my day by giving me a Hershey’s kiss [chocolate]. Slip me a twenty instead. I’ll give you an open bar the rest of the flight.’

While ‘Centennial3489’, a flight attendant for a major airline, added they see red when passengers ask for ‘ridiculous things like coconut or almond milk for their coffee or a latte’.

But for real, don’t poke people! Especially if I am speaking to another passenger… There’s just no need to touch people or grab at them

They remarked: ‘This isn’t Starbucks!’

And ‘Planehopper’ chimed in with: ‘[Don’t] act like it’s a restaurant and you’re the only customer in it.’

‘Tsunami6866’ also contributed a dining-themed comment: ‘My mother is a flight attendant and one thing I always hear her complain about is how people try to stack all the little plastic cups and bowls that come with the meal. Those trays go into the cart as they came out, meaning nothing is stacked, and there is no overhead for it to enter unless she unstacks it, which as you can imagine, is not fun. Yes, the intention is nice, but still… ‘

This commenter also complained that she’d worked on flights where couples hadn’t even gone to the trouble of getting behind a locked door for a moment of X-rated passion – that they were intimate in their seats underneath the complimentary blanket.

She explained that she knew what the hand motions meant and would have to go over and ‘shut it down’. They wrote that passengers would ‘poke or grab at me to get my attention!’

They continued: ‘And it’s usually on my a** as it’s eye level with most people. But for real, don’t poke people! Especially if I am speaking to another passenger… There’s just no need to touch people or grab at them.’

‘Captairplane’ said their biggest pet hate after touchdown was passengers’ leaving a ridiculous amount of garbage behind’.

They explained: ‘Last week I had a grown a** couple spit huge globs of gum onto the floor and then step on it to try to rub it in. Like seriously? Why?’

Airline captain ‘jpinlondon’, who says they have 12 years of experience, said passengers taking safety equipment home was their biggest gripe.

They wrote: ‘It may seem innocent, but we have to have a minimum amount of safety cards, life jackets on board etc. Every time one goes missing, or we fall below the minimum amount, it’s a phone call to maintenance.

‘One time, a pax [passenger] inflated the life jacket on board and it caused an hour delay once we landed after getting the police involved for damage and phone calls to maintenance.’

While ‘Airport_Hobo’, another pilot, revealed they get annoyed by overly friendly passengers.

They explained: ‘After a flight, I usually stand by the flight deck and say goodbye to the passengers as they exit. I get a lot of people that ask how old I am. That doesn’t really bother me (I’ll probably be sad when it stops), but please don’t touch me as you are saying it.

‘Seriously, strangers trying to pinch cheeks and pat my head. Lady, I’m not your grandchild. I’m your captain.’ Walk on the wild side… at your own pace: Brilliant walking tours for first-timers that cross glorious, crowd-free landscapes The Walking The […] 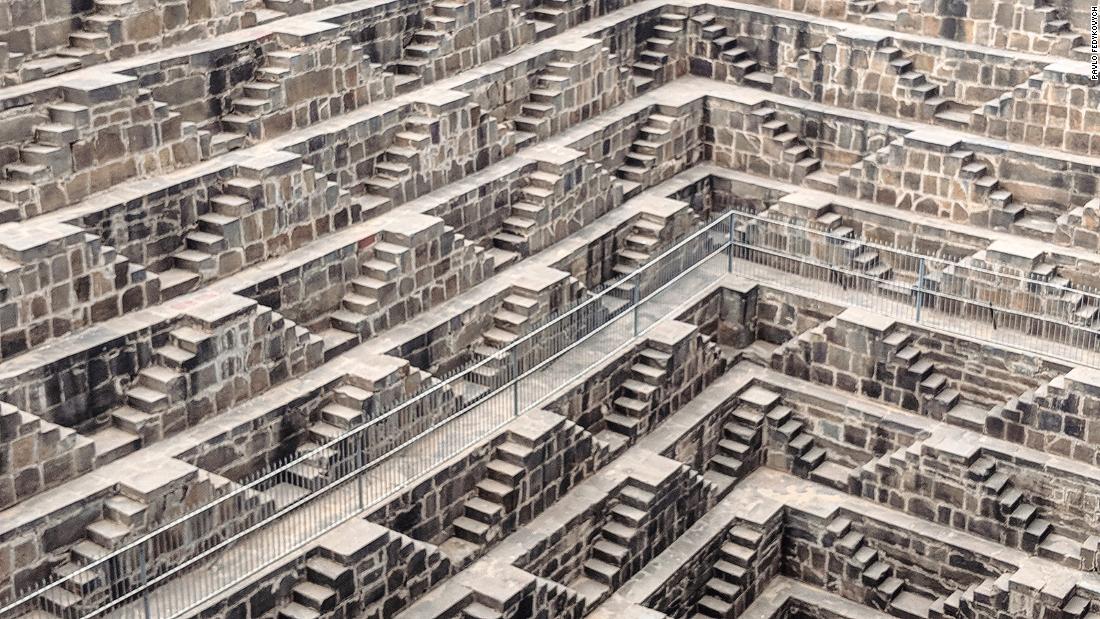