Mae Martin didn’t set out to confront a throng of personal demons with the semi-autobiographical tragicomic Netflix series “Feel Good.” That’s just how it played out.

And against all odds, it’s funny, immensely warm and downright charming. And a love story.

“We absolutely did not go into it with any kind of mission statement,” Martin told me in a Zoom interview this month from London. “I don’t mean to talk about these sort of highly politicized or hot-button topics — it’s just that they affect my life personally.”

Based largely on Martin’s own experiences, “Feel Good” follows a character also named Mae Martin who grew up in Toronto, started doing stand-up as a young teen and was kicked out of the family home a few years later because of a drug addiction. (In “Feel Good,” Lisa Kudrow plays Mae’s mother, and Charlotte Ritchie plays Mae’s girlfriend.) After diving headlong into a troubled romance in Episode 1, the perils of Mae’s addictive nature shoot to the surface. The road to healing is winding and full of potholes.

Martin, who is “very bisexual,” nonbinary and uses they/them pronouns, and Joe Hampson, the show’s co-creator, set out to tell a relatable and realistic story about the complexities of relationships and about addictive behavior, which “I’m very familiar with,” Martin said.

Martin began doing stand-up in Toronto at 13, and eventually dropped out of school and worked at Second City, first in the box office and then ultimately onstage. Martin met Hampson at a comedy festival in 2012, and the duo went on to pitch several shows — mostly science-fiction series, murder mysteries and other genre stories — that no one wanted. Which was for the best, Martin said. “They were real stinky.”

Then Channel 4 in Britain approached Martin after seeing their 2017 stand-up show “Dope,” about love and addiction. The idea was to “narrativize a more autobiographical comedy-drama thing,” Martin said. “Feel Good” premiered in March 2020 on Channel 4 and on Netflix globally, and Martin recently earned a BAFTA nomination for acting in the series. In December, Netflix renewed it for a second season (two was always the plan). “‘Feel Good’ is honestly a childhood dream come true,” Martin said, “to be able to ‘get the girl.’”

“I grew up wanting to be a leading man,” they added.

Along the way, Martin has won famous admirers like the Oscar-nominated actor Elliot Page, who called himself “both a fan and a friend” of Martin’s in an email this month. “Mae’s integrity, vulnerability and intelligence sets them apart, both as a person and as a creative force to be reckoned with,” Page said. “When I first saw their work, I was struck by their honest and nuanced depiction of gender and sexuality, and clearly, it is resonating with other people as well.”

Martin, who is 34 but looks years younger, appears almost incandescent with short near-white hair and large light eyes — imagine an elf from “The Lord of the Rings,” one who hangs out in dingy Middle-Earth comedy clubs. A new stand-up tour, titled “Sap,” will debut this fall in Britain and delve into “how we make sense of how bad everything seems all the time and stay afloat,” Martin told me. It’s “more reflective of what my brain’s been like for the past year.”

These are edited excerpts from our conversation.

You bite off a lot with “Feel Good,” and while it’s certainly candid, it’s surprisingly gentle.

Any time you set out to teach people something, it can become a polemic. Things like gender and sexual assault get co-opted by these polarizing political forces, and there’s this really fraught conversation around them right now where you really have to be definitive in what you’re saying. It’s all sound-bites and all really inflammatory. So it was important to us that we handled them in a way that showed the humanity. We really just wanted to embrace the ambiguity and the nuance of them. We didn’t want to be reductive.

The show explores the gray areas of existence: between pleasure and pain, adulthood and adolescence, confidence and shame. As a viewer, I kept wanting you to steer toward inner peace, but you didn’t exactly deliver.

There was some talk among the people I was working with, and from the powers that be, to sometimes land in a more definitive place on some of the issues, but it was pretty important to me. I kind of exist in this gray area in my life between optimism and pessimism. I think a lot of people do — like self-loathing and arrogance. We’re all kind of drawn in these conflicting directions.

And even with nonbinary identity, I think a lot of the conversations around gender, it’s sort of presumed that that’s about going from one binary to another. And my experience of gender has been much more fluid. There’s not a lot of room for uncertainty in a lot of these conversations. I feel really uncertain about loads of stuff, so it just wouldn’t have been honest to be too prescriptive.

You also manage to speak authentically to queer audiences while sort of educating heteronormative audiences on the dynamics of same-sex relationships, without hand-holding.

Growing up, or in my 20s, I never saw the type of sex that I have, for instance, represented onscreen. And so it was important to me for that to feel authentic.

We pushed back on some notes that came at us that we felt would have encouraged too much hand-holding for the audience — like, Oh, this is how this works. Just show it in a matter-of-fact way. People will catch on pretty quickly.

The sex scenes were unapologetic and also just existed as part of a greater story. Why was it important to you to not just allude to these acts and experiences?

Often queer sex is depicted as really tender and exploratory. On paper, this couple that you’re supposed to believe in, they have very little in common and they occasionally really bring out the worst in each other. So it was really important that we thought, as an audience, that they’re sexually very compatible. The show wouldn’t have made sense otherwise.

It was interesting in the feedback to the show, some of it was like, “There’s so much sex.” It’s really two scenes in the first season and I think two in the second. Compared to “Girls” or “Fleabag” or any of those shows, it’s very little sex. But it stood out to people, I think, because it’s different sex.

There’s a lot going on emotionally and narratively within the sex scenes. Other sort of queer things I’ve seen, often directed by straight guys, it can feel like suddenly we pause and then we’re watching this weird unrealistic sex for a while. That was important to us, that it didn’t feel voyeuristic.

Were you at all concerned about playing into that TV and film cliché of the troubled queer person?

Definitely. One thing, and I guess this is true with other underrepresented groups as well, is I think the more representation there is, the more you’re allowed to have flawed characters who are selfish and don’t have to always be just victims of homophobia or racism, or sort of heroic. They can be three-dimensional, real people who make mistakes. I did get some feedback: “I wish this wasn’t a troubled relationship.” But it just wouldn’t have been authentic. I haven’t had many flawless relationships. [Laughs.]

What I thought was more interesting was that the characters, the homophobia that they do encounter is mainly internalized. That’s something that I’ve encountered a lot. Most of the people that I’ve dated have been previously heterosexual before dating me. So that is a process that I’ve been through a lot and have a lot of empathy for, that internalized shame.

How do you parse where the real Mae ends and the Mae character begins?

I’m still working that out, the boundary between fact and fiction. The character is where I was about 10 years ago. The emotional truth is real — a lot of the situations or the people are embellished or slightly fictionalized, but there’s a huge amount of truth in it.

What is your relationship to stand-up? What or who inspired you at such a young age to try it?

I know why I was drawn to it. I don’t know what made me think that I should get up and try it. My parents were comedy fans; I always felt like I wanted to cheer people up. All these comedians that my parents loved — Steve Martin, and my dad loved all of British comedy — I just felt like they were rock stars. It seemed like a magic trick that they were doing. I got taken to a comedy club when I was about 11.

Getting a laugh out of someone is such a empowering feeling. So when I started doing it, I would go up and say the things about myself that I was worried that bullies were going to say. And then I was suddenly being kind of applauded for all the sort of weird things about myself that can destroy you in high school, so it felt like a safer environment than high school.

That said, at times in “Feel Good” you are quite critical of comedy culture and backstage culture.

I hope it’s balanced and you can see how much genuine love I have. All my friends are straight male comedians, and I grew up with those people. Of course, there’s vultures in every industry, probably, and it’s definitely a big problem still in the comedy industry. I feel like we’ve only scratched the surface of it. Comedy may have exposed me to a kind of dangerous world, but it also saved me from it.

You’ve said more than once that you didn’t set out to talk about such weighty topics. Do you worry people will misinterpret your intentions?

I’m always hyper-aware of seeming preachy. I have this fear that I’m going to sound too earnest or something, and I always want to remind people that I just am a dumb comedian. Sex and gender just happen to be the things that mean something to me at the moment.

Maybe I should just embrace! Like, why am I feeling shame about this? 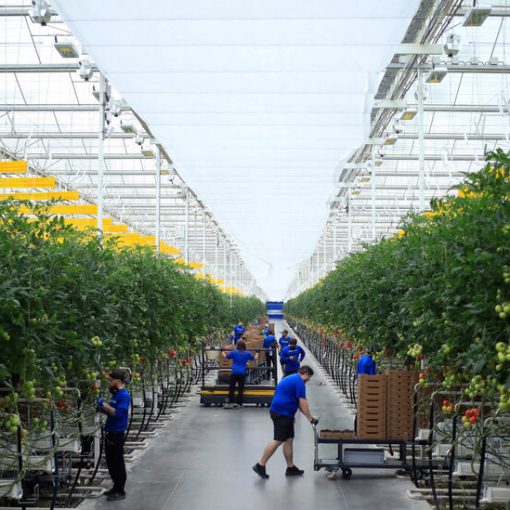 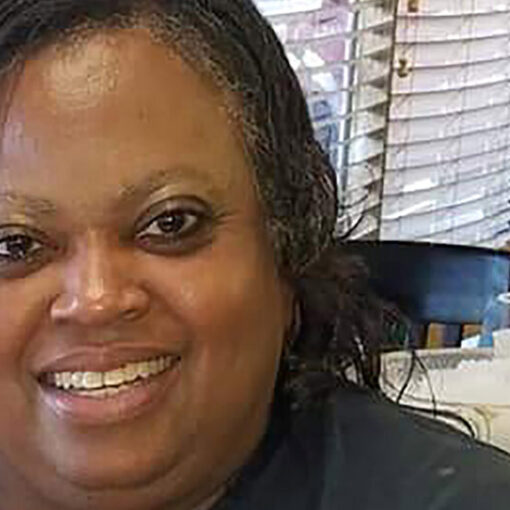 This obituary is part of a series about people who have died in the coronavirus pandemic. Read about others here. When you […] 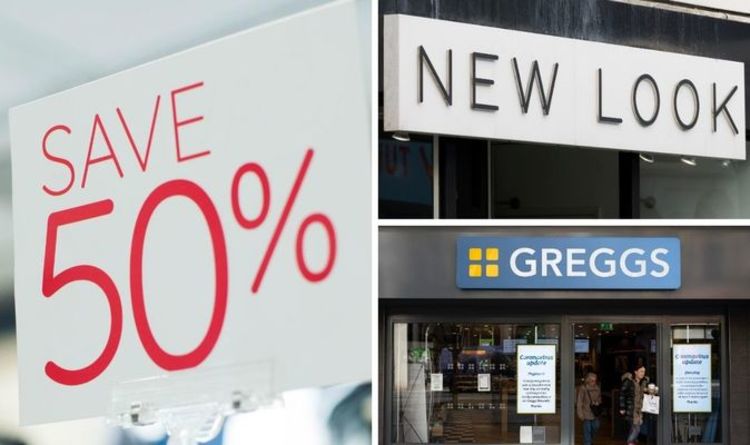 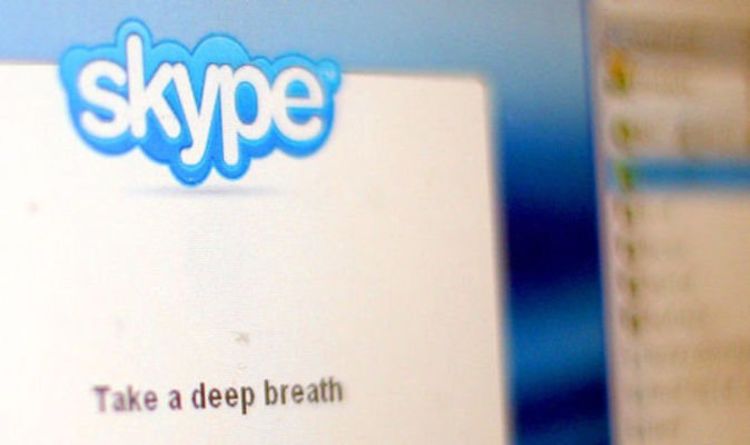 Within the last hour, problems have been flagged with Skype crashing on Windows 10 and Mac. Users are confirming problems starting up […]