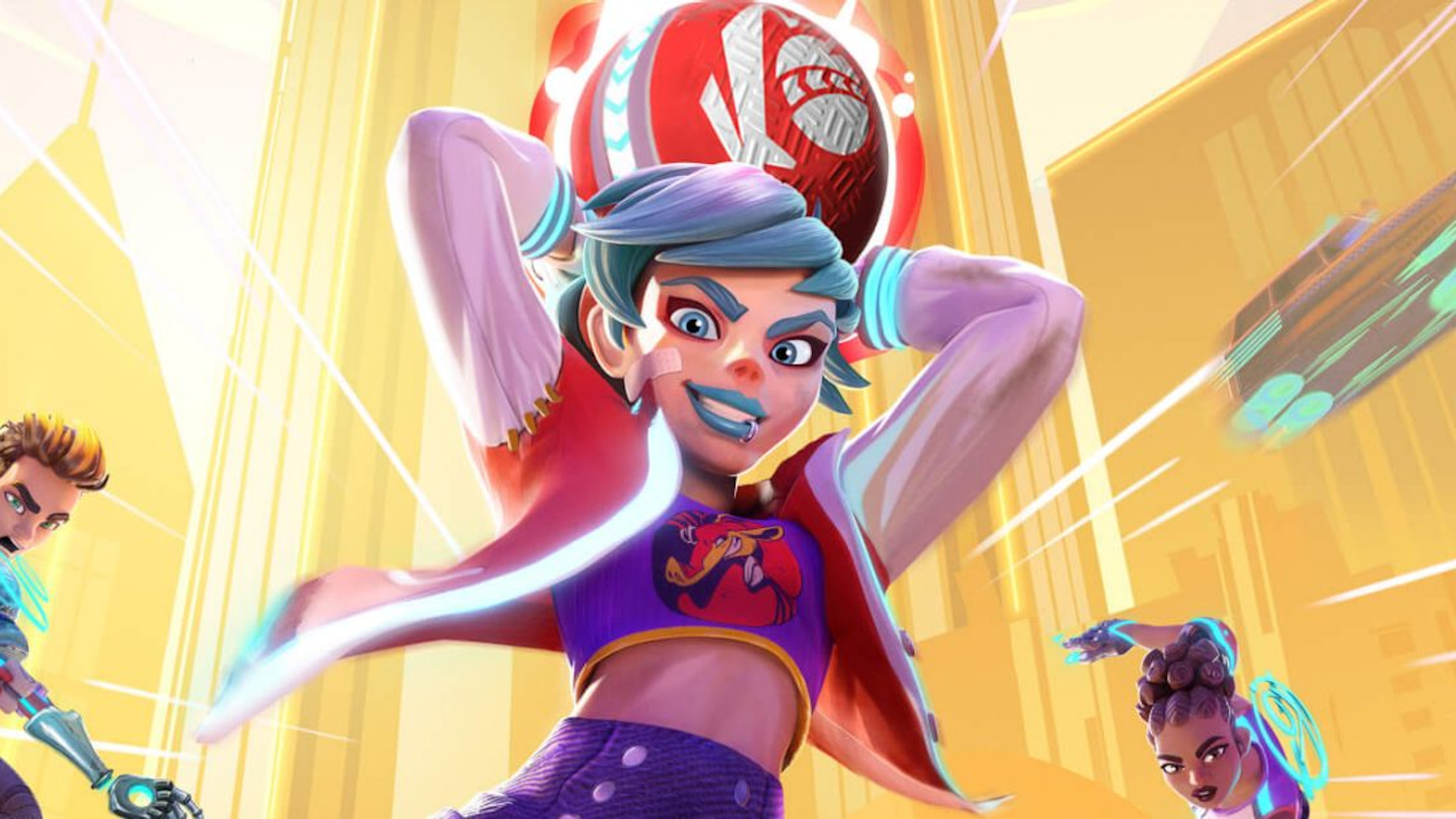 When I first fired up Knockout City the other day, I was expecting to find (pardon my French), a baby game for babies. It’s not only the character art style that reminds me of the ads I’d watch for Bratz dolls growing up, but also because it’s dodgeball we’re talking about here—a playground game that my PE teacher was always reluctant to let us play because “bean that kid in the face with a high-velocity rubber ball” is a pretty violent rule to center a game around. I think it was eventually banned district-wide, which only made it cooler.

Memories of being actually kinda good at dodgeball, on top of a fascination with weird shooters, inspired me to give Knockout City a shake despite Tyler’s unimpressed preview from back in February. I guess I should’ve been reading closer, because Knockout City isn’t a kid-friendly shooter at all. In fact, Knockout City has a surprisingly deep combat language that has more in common with Chivalry’s back-and-forth duels than the games it resembles (remember Rocket Arena?). Fights aren’t a matter of pinpoint aiming or movement trickery—each showdown is a test of wits, fakeouts, and reflexes.

The 1v1 dynamic is pretty similar to a baseball pitcher’s bag of tricks: you’ve got your standard fastball and a few variants like the changeup (slow ball), curveball, and high-arcing lob (features producer/baseball expert Chris Livingston tells me this is similar to the rare Eephus pitch). Though, instead of slightly altering the ball’s trajectory to the same general strike zone, curveballs and lobs are extreme maneuvers that can challenge opponents completely out of reach. Annoyed that some kid just ducked behind a wall before you finished charging your throw? Put some spin on it with E and watch the ball take a hard left around the block like a heat-seeking missile.

Those are the basic throws, but there are also speed variances for everything as well as other crucial mechanics like catching, overcharging, passing, ball form (become the ball), dodging, gliding, and special power balls. It’s a lot to take in at first, but once you get the hang of your core moveset, you start getting plays like the one below.

A lot happened there, so let’s break it down.

Obviously there’s depth here, but I’m impressed with how harmoniously Knockout City’s mechanics gel together. Balance appears to be a major consideration for developer Velan Studios. Even when I’m ganged up on in a 1v3, I have the opportunity to either dodge or catch every ball sent my way. The basic rules of dodgeball naturally create comeback scenarios where I’m repeatedly catching/throwing/catching/throwing until I’m the last one standing. It’s downright intoxicating. Sound design is carrying a lot of the weight here, too. Every action, be it a hit, knockout, catch, collision, or special ball, has its own distinct sound that can be easily picked out among the chaotic soundscape of jazzy tunes.

Sound also plays a key role in timing catches. Besides gauging a ball’s distance by sight, the increasingly loud “whoosh” of the sphere barreling toward your face can be used to perfectly time a catch. Bonus points to whoever captured the snappy, elastic “bonk” of a red rubber ball meeting a hard surface. That sound used to haunt my dreams and now it has followed me into videogames.

I have encountered a few recurring annoyances in my first few days. No matter what I do, my mouse sensitivity will always reset every time I launch the game. Hopefully that’s sorted out soon so I can stop having to remember that I set it somewhere between 50 and 55. I also wish Knockout City supported more communication options between players. There’s team voice chat, but no text chat of any sort. Velan is clearly aiming to minimize the capacity for toxic behavior in several ways (detailed match stats are hidden behind an extra menu and don’t list deaths, for instance), but I’d at least like some way to commend opponents for a good game. It hurts to have a sweaty 1v1 with increasingly faster catches/blocks and be denied the honor of typing “gf” (good fight) into chat like my Mount and Blade dueling days.

We’ll have a full review for Knockout City later this week, but in the meantime, I encourage those curious to give it a shot. We’re three days into the game’s free 10-day trial period—after that, it’ll be on sale for $20. You’ll have to pipe the game through Origin on PC, but full crossplay and cross-progression with Xbox and PlayStation means that you shouldn’t have any problem finding some friends to dodgebrawl with. 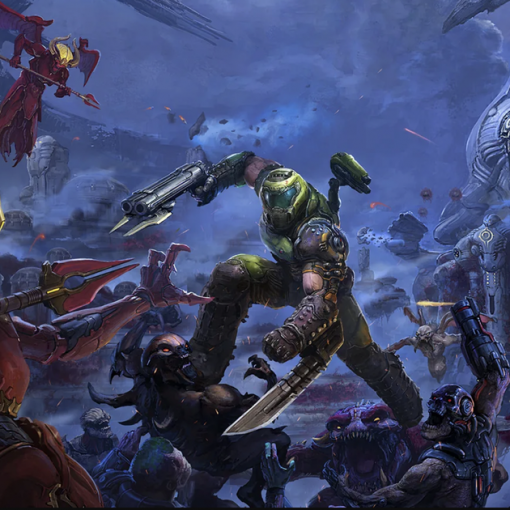 Bethesda Now that E3 2021 has wrapped up, gamers have an eclectic batch of releases to wish list — with Nintendo announcing […] 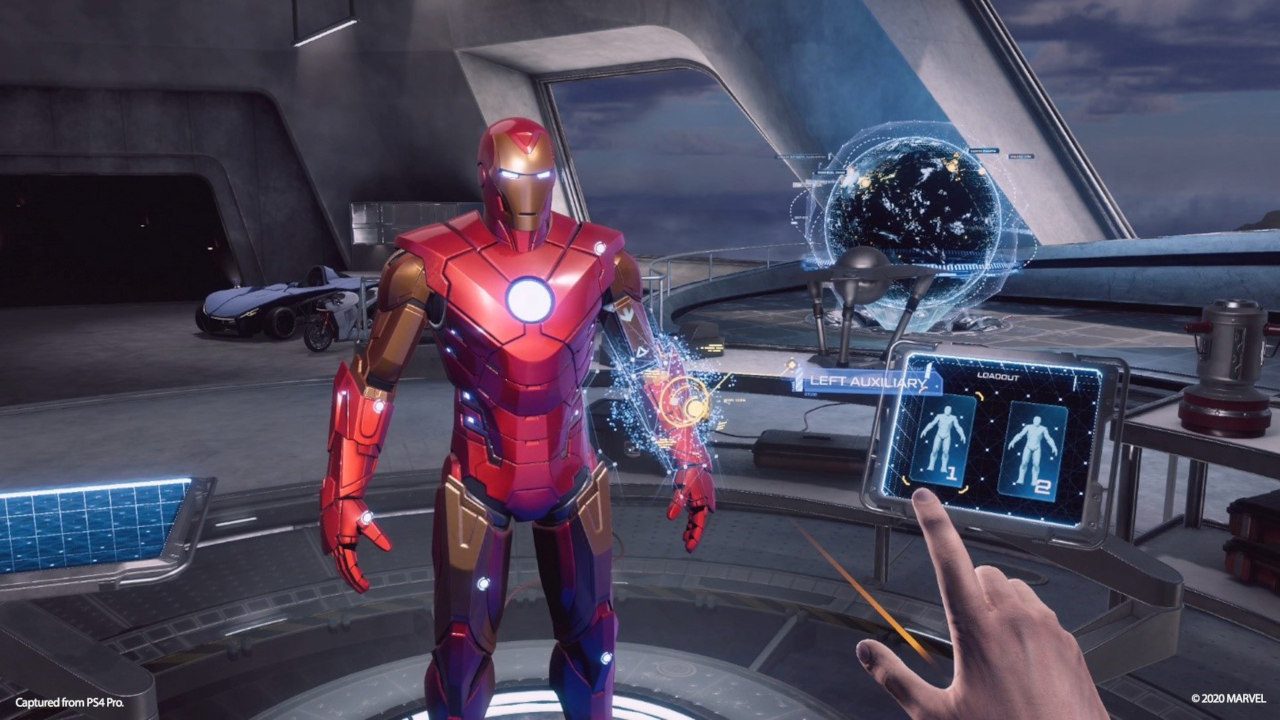 Hi everyone! My name is Yara Abou Samra and I am a producer at Camouflaj working on Marvel’s Iron Man VR. I’m […] Minecraft 1.18 has arrived today, bringing with it giant changes to the way that worlds are generated. Caves & Cliffs part 2 […] 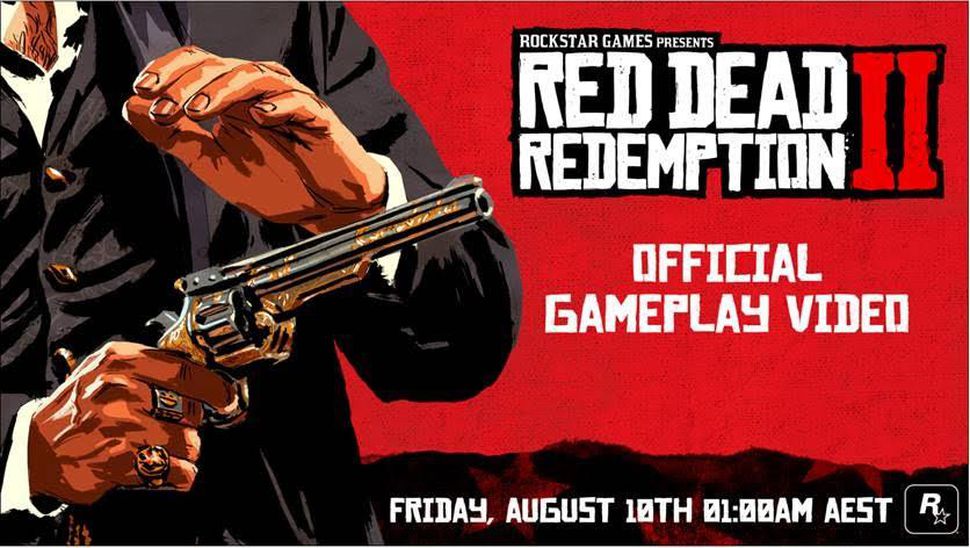