If you work the night shift at your job, you are more likely to suffer from a chronic condition known as ‘shift work sleep disorder’ and three times more likely to be involved in a car accident, a new study says.

Researchers from the University of Missouri found that people who work ‘nontraditional’ hours, such as 11 pm to 7 am or the ‘graveyard’ shift are at greater risk of developing these chronic conditions that impact their sleep, which can have major implications for their lives and the lives of others.

Other chronic sleep conditions, such as sleep apnea and insomnia, increased the risk of crashes or near-crashes by 29 and 33 percent, respectively.

‘This discovery has many major implications, including the need to identify engineering counter-measures to help prevent these crashes from happening,’ said study co-author Praveen Edara, in a statement.

‘Such measures can include the availability of highway rest areas, roadside and in-vehicle messaging to improve a driver’s attention, and how to encourage drivers who may have a late-night work shift to take other modes of transportation, including public transit or ride-share service,’ Edara added. 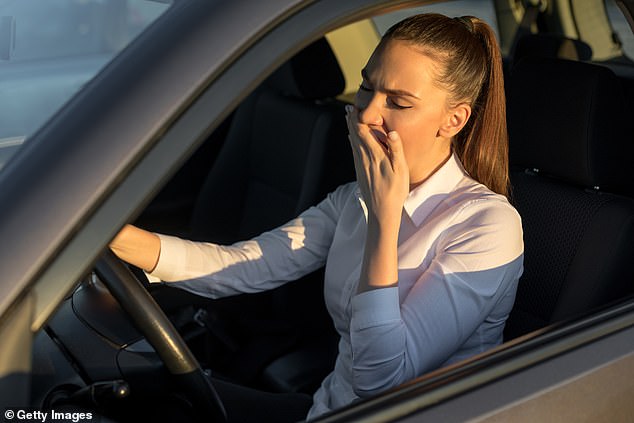 Researchers found that shift work sleep disorder, a chronic condition caused by working the ‘graveyard’ shift, can caused people to be three times as likely to be involved in car accidents

In addition, the researchers found that drivers with sleep disorders were likely to be more inattentive while driving.

The crash risk value was also lower than those who self-reported and during simulator studies.

Previous studies have shown how sleep disorders can raise the risk of traffic crashes, but they were in controlled environments, Edara noted. 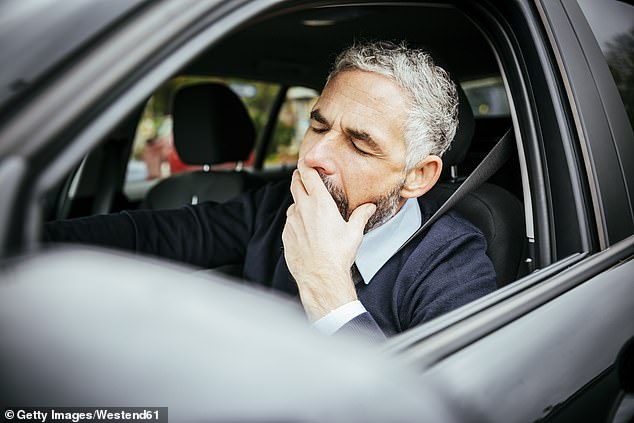 Other sleep conditions, such as insomnia and sleep apnea, also caused elevated risks of accidents

‘We’ve known for a while now that sleep disorders increase crash risk, but here we are able to quantify that risk using real world crash data while accounting for confounding variables such as roadway and traffic characteristics.’ 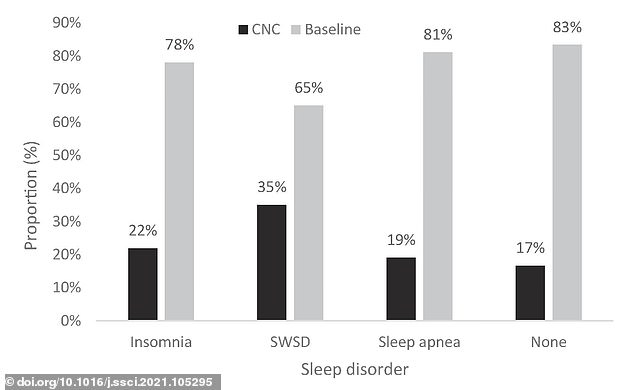 This graph shows just how pervasive sleep disorders such as insomnia, sleep apnea and shift work sleep disorder are to causing accidents 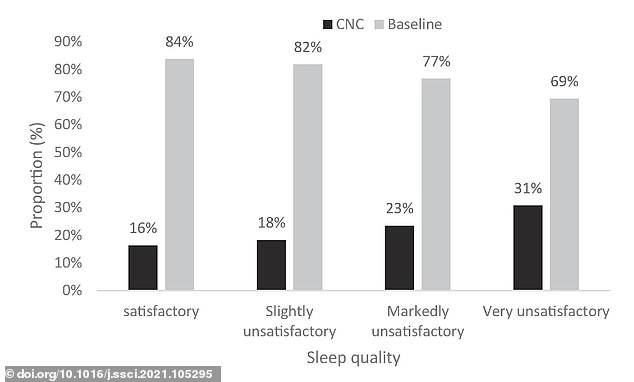 The quality of sleep is also of importance before getting behind the wheel of a car, the researchers found

The findings of the research was based on a real-world driving study that was put together by the second Strategic Highway Research Program established by the U.S. Congress.

There is no data available for fatal crashes and there is no formal definition for drowsiness, which Edara noted impacted the findings.

In the future, the researchers want to partner with public health officials who specialized in sleep research to understand why this is happening and what can be done about it.

“That will also allow us to explore what kind of countermeasures we can develop and test to improve the overall safety of these drivers and the other motorists around them,’ Edara said.

The research was published in the scientific journal Sleep Science.

According to the National Highway Traffic Safety Administration, drowsy driving resulted in 697 deaths in 2019.

The government agency noted that drowsy-driving crashes occurred mostly between 12 a.m. and 6 a.m. or in the late afternoon, when people ‘experience dips in their circadian rhythm,’ or their internal body clock.

In January, the National Safety Council – along with 1,500 other organizations – released a letter to President Joe Biden and Transportation Secretary Pete Buttigieg asking them to ‘commit to zero roadway deaths by 2050.’ 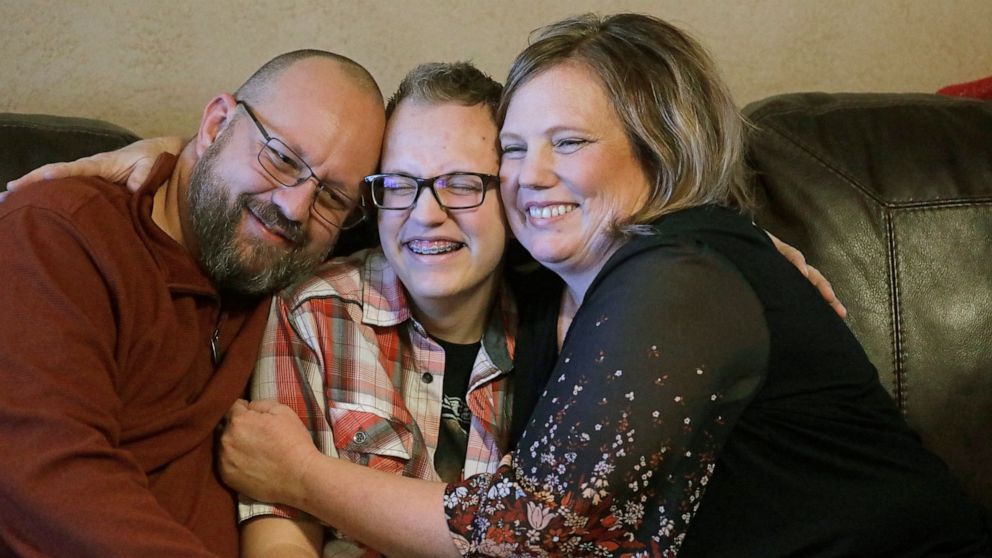 SALT LAKE CITY — At the urging of conservative advocacy groups, Republican legislators in more than a dozen states are promoting bills […] 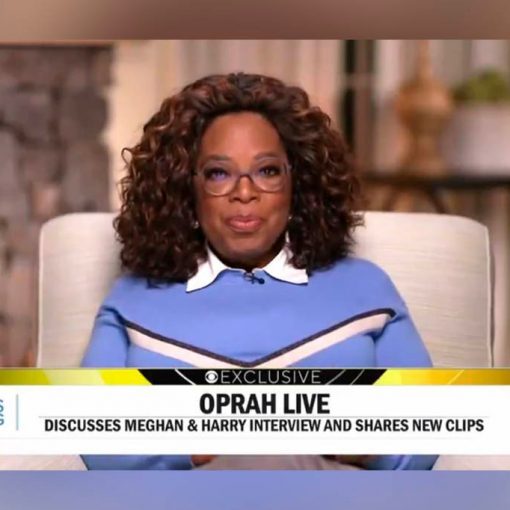 “CBS This Morning,” a perennial last-place finisher in the morning TV wars, got a surprising first-place win this week — thanks to […] 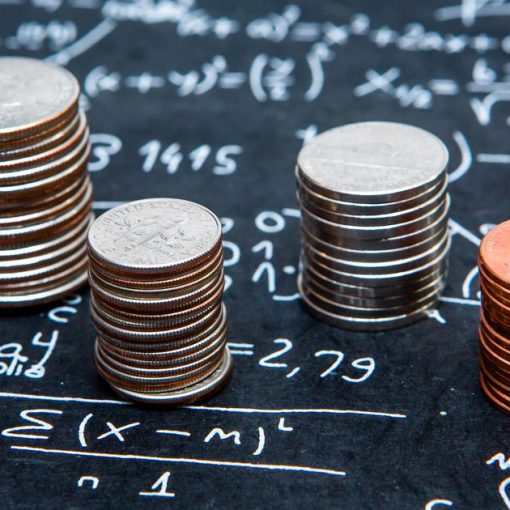 Approximately 90% of children in the US will benefit from the increased payments.  Sarah Tew/CNET If you’re the parent of a child […]