Antony Blinken has ruled out Donald Trump’s plan of the U.S. purchasing Greenland during his visit to the arctic country.

Trump’s 2019 proposal to buy the Arctic territory, described as ‘absurd’ by the Danish government, caused a diplomatic kerfuffle but meanwhile signalled in clear terms the U.S.’ renewed interest in the region.

Asked whether the U.S. had definitively ruled out any plans to buy Greenland, president Biden’s Secretary of State replied with a smile: ‘I can confirm that’s correct.’

The U.S. wants to strengthen its relationship with Greenland, especially commercially, Blinken said during a visit to the island on Thursday. 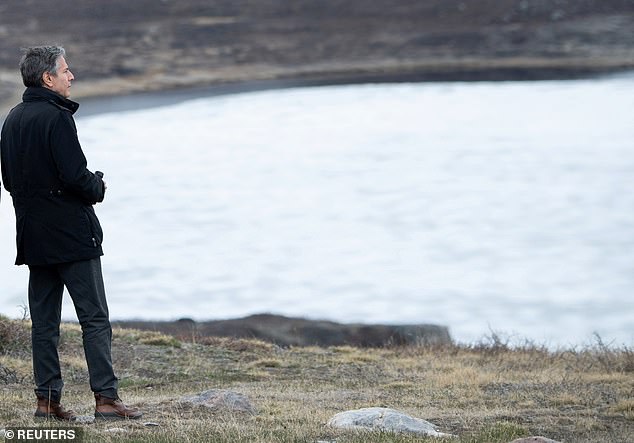 U.S. Secretary of State Antony Blinken visits the Black Ridge Viewing site in Kangerlussuaq, Greenland, May 20, 2021. Blinken ruled out the possibility of the US buying Greenland after Trump suggested a move to purchase the territory in 2019 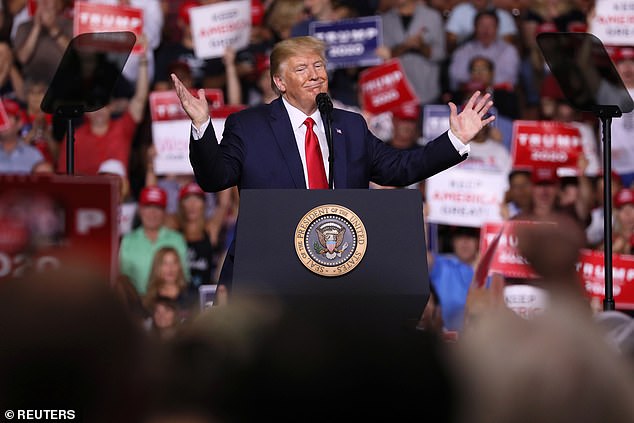 Trump’s 2019 proposal to buy the Arctic territory, described as ‘absurd’ by the Danish government, caused a diplomatic kerfuffle but meanwhile signalled in clear terms the US’ renewed interest in the region. Pictured: Trump during a rally in August 2019

He visited the Danish autonomous territory as he ended a four-day trip that included a meeting of the foreign ministers of countries bordering the Artic in Reykjavik.

‘I am in Greenland because the United States deeply values our partnership and wants to make it even stronger,’ Antony Blinken told reporters on his final stop of the Arctic tour.

Last year, the U.S. reopened a consulate in Greenland’s capital Nuuk, and pledged $12 million in aid for civilian projects.

While he spoke of potential additional funding, Blinken was vague about new US projects, even though the new Greenlandic local government had floated the idea of a free trade agreement earlier in the week.

‘We would like to find ways to strengthen even more the commercial relationship,’ Blinken said.

Greenlandic new young Prime Minister Mute Egede, who came to power in April, said he was ‘convinced that this decade will be the beginning of a new era in the relationship between our countries’. 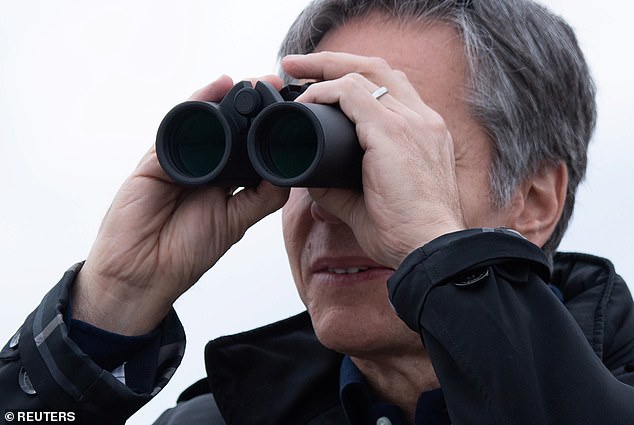 U.S. Secretary of State Antony Blinken uses binoculars as he visits the Black Ridge Viewing site in Kangerlussuaq, Greenland, May 20, 2021 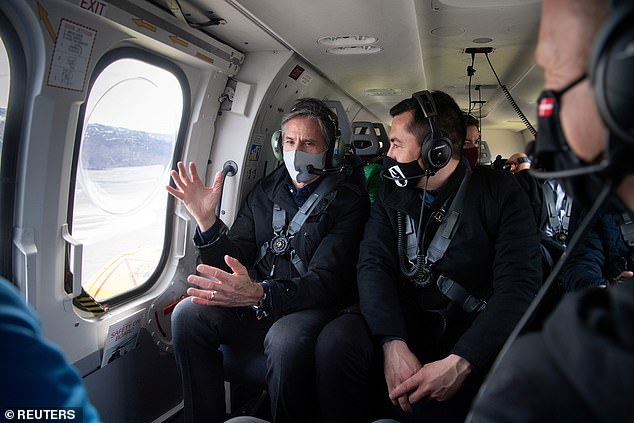 U.S. Secretary of State Antony Blinken, Greenlandic Premier Mute Egede and Danish Foreign Minister Jeppe Kofod fly in a helicopter as they take an aerial tour near Kangerlussuaq, Greenland, May 20, 2021

The left-wing government, which won snap parliamentary elections last month, is allied with a small pro-independence party, Naleraq, which has shown itself to be in favour of mending ties with the US.

Trump and one of his economic advisers confirmed in 2019 that Trump had discussed the possibility of purchasing Greenland, the world’s largest island and an autonomous Danish territory.

Danish Prime Minister Mette Frederiksen fired back at the time, saying that Greenland was not for sale and called the suggestion ‘absurd’.

Areas of ice are seen as the airplane carrying U.S. Secretary of State Antony Blinken approaches Kangerlussuaq Airport in Greenland, Thursday, May 20, 2021. Blinken traveled to Greenland for a brief visit to reinforce U.S. commitment to the island 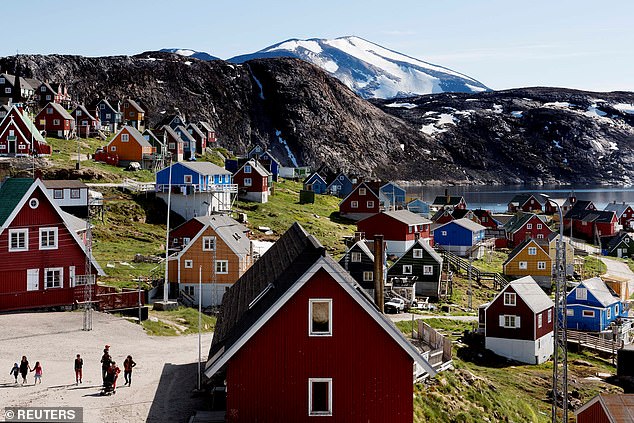 Former Danish prime Minister Lars Lokke Rasmussen said: ‘It must be an April Fool’s joke … but totally out of (season).’

Broberg said on Wednesday there was speculation about Greenland because of its strategic importance but said Blinken’s visit was ‘not considered a real estate deal.’ 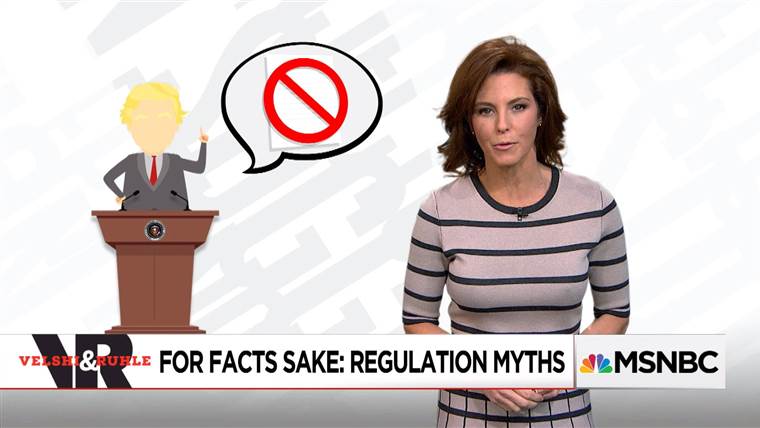 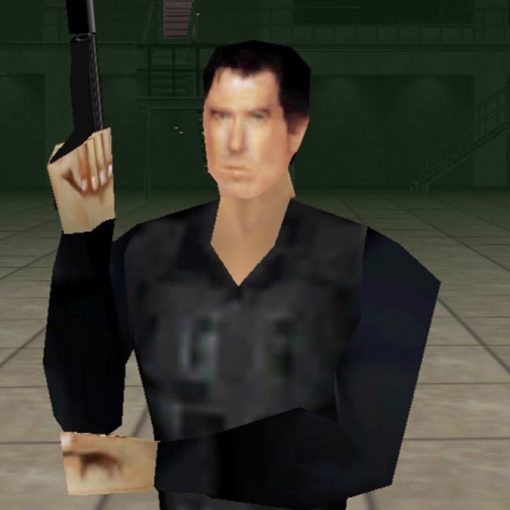 Screenshot: Nintendo GoldenEye 007 for the N64 was released in 1997 in most of the world. However, in Germany, it was banned […] 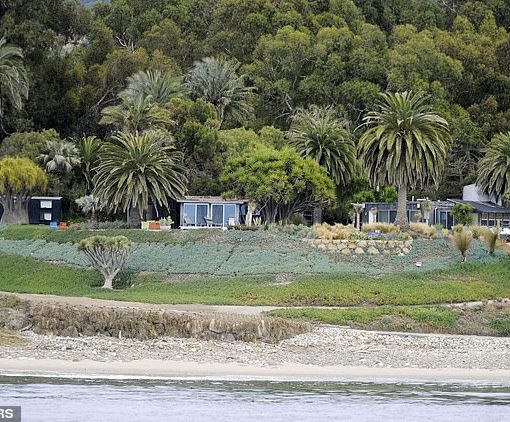 Brad Pitt’s $5.5million California beach house is under a ‘threat to life’ evacuation warning as the Alisal wildfire rages on nearby. The […]