With the Nets’ first-round series against the Celtics set to start Saturday, forward Blake Griffin takes a shot at some Q&A with Post columnist Steve Serby:

Q: You’ve known Kevin Durant for a long time. When you look in his eyes now, what do you see?

A: You still see that same … that he has that killer mentality. I think at this point in his career and his life, he’s just comfortable with who he is, comfortable being himself. And that’s what we need him to be.

Q: Do you remember the first time you saw him play?

A: In high school, just his length and his skill for how tall he was. Not just scoring, but how he affects the game overall. It’s something that a lot of people who don’t play kinda overlook.

Q: From afar, what was your reaction when KD and Kyrie Irving joined the Nets together?

A: I think his IQ. He’s talented physically, obviously, and can shoot, has a good handle and all that and passes really well, but his IQ is off the charts.

Q: How does this team deal with championship-or-bust expectations?

A: You just go out and play. That’s not really our mantra, it’s not our focus. It’s about us, about being right, being focused, and if it happens, it happens.

Q: What is the mindset of your team?

A: One series at a time, one game at a time. We’re not trying to overlook anybody, we’re giving everybody the respect. We’re putting in the time this week and want to come out and put our game plan to action.

Q: What do you like best about this team?

A: I like our depth. Obviously James, KD and Ky are our Big 3, but we have a lot of good basketball players and guys who play hard. It’s always fun to play with guys like that.

Q: What would winning an NBA championship mean to you?

A: It’s something I dreamed about for as long as I can remember.

Q: What drives you at this stage of your career?

A: My competitiveness is still the thing that drives me to this day, but winning a championship, and also your legacy.

A: My role might have changed, but my mentality doesn’t change. It’s always to affect the game in the most ways possible and help make the teammates better.

A: It’s been great, man. He’s a very poised coach and obviously a guy who knows what it’s like to be a player in this league and (how) to play a certain style. It’s been a joy.

Q: What concerns you about the Celtics?

A: Well-coached, very talented and they play hard. This isn’t by any means an easy matchup. They got some players that can really go get it, so we gotta be right all series long.

Q: How do you defend Jayson Tatum?

A: He’s an elite scorer at three different levels on the court, so you just try to make it difficult for him. He’s gonna score, he’s too good of a player not to, but you just gotta be locked in and do it by committee, do it as a team, and try to make it tougher for him.

A: The fans that are able to come to games have been loud and great. I’ve always thought Brooklyn had really good fans. It’s kinda more of a college atmosphere than most NBA arenas.

Q: I read that if you could change places with one person, it would be Derek Jeter.

A: He’s just like my favorite player growing up. He was kinda like one of those guys who’s sorta untouchable in the sports world, like he just did everything the right way, stayed out of most controversies and stuff.

Q: When did you meet him?

A: I first met him five years ago or so. longer than that. I had breakfast with him at the Beverly Hills Hotel. I was doing a lot of stuff with The Players’ Tribune, he was just kinda starting that out. We just met to just kinda get to know each other, it was great.

Q: Did he have any advice for you?

A: Just different stories and different things he said. I kinda picked his brain in there, he was great.

A: Innovator. Changed the game of basketball.

A: The best Sixth Man of all time.

Q: Do you have a relationship with him?

A: Yeah, I actually met him. He came to a game when he was, I want to say he was about to be drafted. He came to a Clippers game. I met him and his mom after one of the games. She was like, “Oh, everybody tells him he looks like you.” Two years later, he’s already up in the big leagues and killing, so I’ve been a fan of his, and we talk from time to time.

A: Obviously gone too soon, but Kobe, I mean, he’s a legend. Inspirational, and somebody I think about a lot.

Q: Your friend Wilson Holloway (who passed away in 2011)?

A: Ah man, that’s my guy. His legacy for me carries on … will carry on for the rest of my life, to take the lessons that I learned from him for sure.

A: He was still going to practice, going to class, and doing chemo, doing all these treatments, not feeling great, he would still take time and go around to children’s hospitals, go meet people who had the same form of cancer [Hodgkin lymphoma] as he did. His message to everybody was always, “Just keep smiling.” That was kinda his motto, he was like one of those guys, he never had a bad day. No matter what he was going through, he always had a smile on his face. “Just Keep Smiling” were the last words he ever wrote to me.

Q: How did you know him?

A: I was friends with him from when we were younger and then through high school, we played in high school together, and he went and played football at the University of Tulsa.

A: Winning Game 7 [in 2014] against Golden State after we had that whole sit-down with [disgraced Clippers owner Donald] Sterling deal. It happened after Game 3 of that series. It was a lot of emotion … steal Game 7 and the place went crazy.

Q: The Sterling controversy (when he made racist comments on tape)?

A: We wanted to make it known that we obviously didn’t condone any of that, we were against it, but at the same time, we were playing for the fans and for each other, and not him.

Q: One big man in NBA history you could test your skills against?

A: I’d want to play against Hakeem [Olajuwon], just to see all the moves he had, his arsenal. I’ve heard he had the best footwork, the most moves and all that, so I’d want to see that up close in person.

Q: Do you think you could have played tight end in the NFL?

A: Yeah, I think so. A lot of basketball guys have made that crossover. I like to bet on myself.

Q: What positions did you play in high school?

A: I was a wide receiver and I was like a free safety at the time.

A: I loved watching Adrian Peterson at the University of Oklahoma. The stories I’ve heard about him, his work ethic, the way he ran the ball. AP and Derek Jeter for sure.

Q: You’ve been on the cover of GQ — what else is on your bucket list?

A: A lot of things in life, but basketball-wise, to win a championship for sure.

Q: You said Dave Chappelle was your favorite comedian.

A: Well I had dinner with Dave, so…

A: Spicy rigatoni from Carbone.

Q: You always thought the emphasis, especially early, on your dunking overshadowed other parts of your game.

A: I’ve always been able to handle the ball well and I was continually working on my game. That kinda put me in this hole, but now I kinda see it for what it is. When I started out, that was all people said, and now all the people say I can’t do that anymore. Criticism now doesn’t really bother me.

A: I think the one on Kendrick Perkins.

Q: Is this the career you envisioned or imagined?

A: To be honest, I’m just focused on where I am in the present, getting better. I don’t really think about the career I want because wins, losses, and all that, sometimes you just have to take the good with the bad and roll with it. But I’m proud of the career I’ve had.

A: We take this very seriously, we don’t take anything for granted. We’ve put in the work, and we want do this for the city. 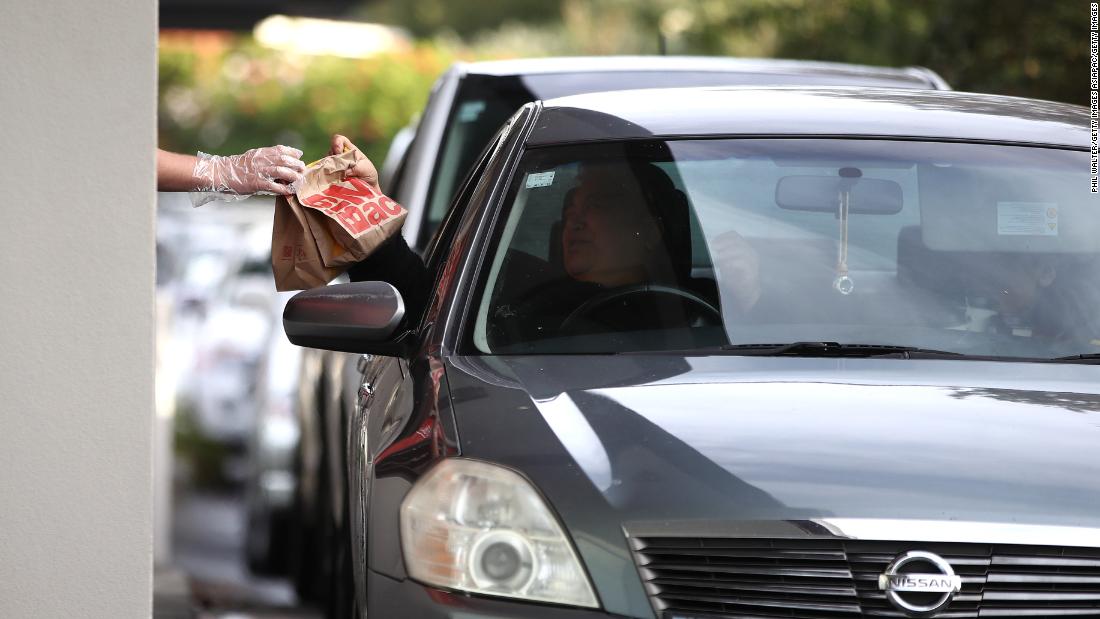 New Zealand, which has reported 1,474 confirmed and probable coronavirus cases and 19 deaths, spent almost five weeks under a strict, level […] 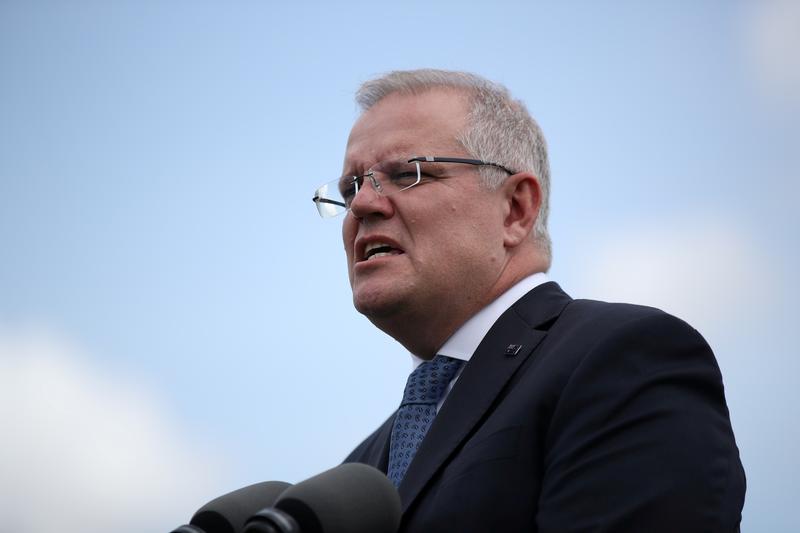 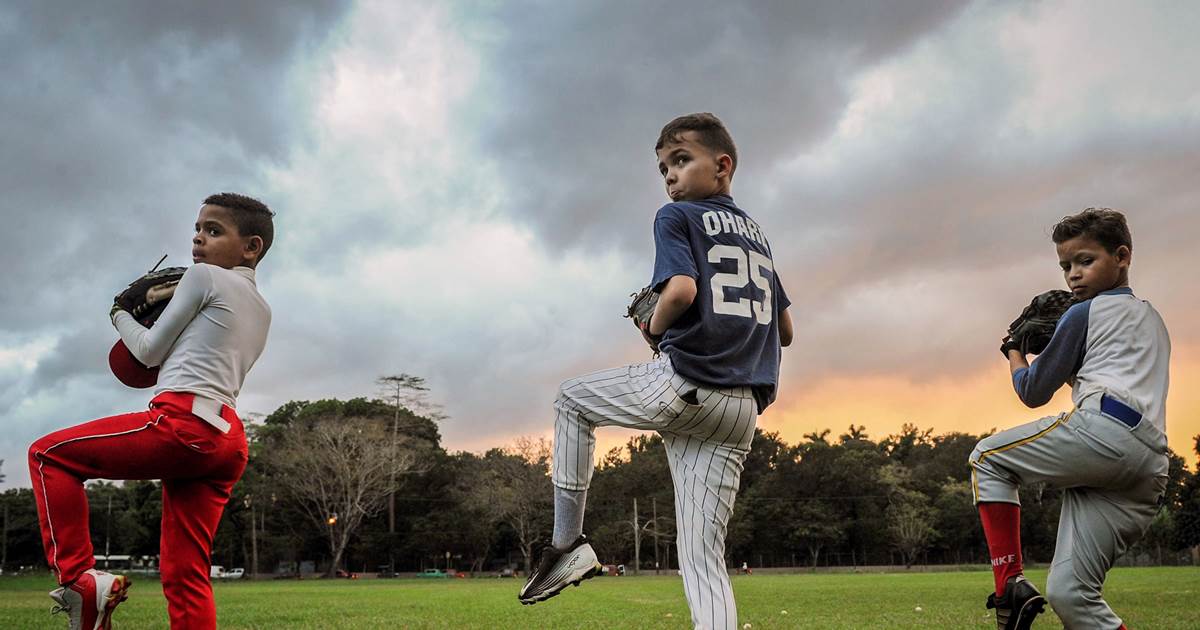