Real estate website Domain has alerted customers that is has been the victim of a phishing attack – where an email is made to look official and gets a user to hand over their login details – meaning hackers had access to the company’s administrative system, and was able to access the personal information of people who had recently made inquiries about rental properties.

They had then emailed some of those people asking them to pay a deposit in advance to secure the property, but Domain said so far it had received no reports of anyone paying the deposit.

People’s Domain logins and passwords are safe, the company said, but information accessed could include name, postcode, email address, the property of interest, and phone number.

Australian meat could soon be granted tariff-free entry to the United Kingdom under a major free-trade deal, AAP reports.

Trade minister Dan Tehan is confident he can finalise the agreement in the next six weeks as both nations sprint to the finish line.

However, the deal has caused consternation within Boris Johnson’s government and British farmers have accused Australia of not playing by the rules.

They claim Australian meat imports do not meet UK standards, and warn the deal will create an uneven playing field.

He told the Australian on Thursday:


I had two days sitting down with [UK trade secretary] Liz Truss on my recent visit to the UK and we are now meeting every week in a sprint to have an in-principle agreement by the end of June.

Australian food is of the highest quality. We are world leaders when it comes to food safety, traceability, animal welfare standards, land management and environmental management.

We have a robust regulatory framework for the use of agriculture and veterinary chemicals and strong compliance among producers.

Australian beef and sheep-meat producers face inhibitive tariffs and caps on exports to the UK.

She said she did not want to get into a tit-for-tat battle with the National Farmers’ Union in Britain.

Simson said the UK would be a niche market for Australian farmers, but stressed the importance of exporting to a diverse range of countries.

Scott Morrison was asked on 3AW radio about the idea of a vaccine passport for interstate travel in Australia.

Both the NSW and Queensland premiers have poured cold water on the idea but the prime minister said it might be useful that, if there was a state-based outbreak of Covid-19 and states closed their borders, people could still travel into other states if they could prove they had been vaccinated.


I’m happy to talk through the states, and ultimately they’re the ones who put those restrictions on.

Morrison said he hadn’t spoken to Victorian premier Daniel Andrews since his back injury a few months ago, but had been texting and hoped he was on the mend and back in national cabinet soon.

The hosts were discussing tourism slogans for Australia, so the PM ended the interview talking about the budget and came up with this:


I’ve got another slogan for you: ‘Come to Australia, the home of lower taxes.’

That was a thing he definitely just said.

Scott Morrison is on 3AW radio in Melbourne. The prime minister was asked about an advertising campaign around the vaccine. He said the government had invested $40m in advertising but there was little point in embarking on advertising targeting people who currently couldn’t get the vaccine, such as those in their 30s.

He said the advertising was targeted at people over 50s or those who worked in frontline roles, or those with underlying health conditions, and spending more on advertising would not bring the supply of Pfizer or Moderna to Australia any faster.

The NSW premier, Gladys Berejiklian, will provide an update on the vaccine rollout at 11am.

Morrison has not been briefed on quarantine camp proposal, Palaszczuk says

The prime minister, Scott Morrison, hasn’t been properly briefed about Queensland’s quarantine camp proposal by his own department, the premier says.

AAP reports the Wagner Corporation wants to build a Covid-19 quarantine facility that would host up to 1,000 travellers and 300 staff at Wellcamp near Toowoomba.

The federal government has repeatedly said the plan lacks crucial detail such as who would run the health operations and how much it would coast.

Annastacia Palaszczuk won’t put a price tag on the facility but insists the prime minister has all the information required.

She told Nine Network on Thursday:


All of the information has been forwarded to the departments, and I sat down with my department officials yesterday, and there have been so many conversations going back and forth.

So I really do think that the prime minister needs to get a thorough briefing from his department.

Palaszczuk said regional quarantine would keep potential Covid-19 cases out of Brisbane and allow more freedom of movement along the broader east coast.

Queensland is still pushing for the Toowoomba quarantine facility, too.

CSL’s head of medical affairs, Dr Jonathan Anderson, was on after the Queensland premier to encourage people to get the flu shot, but was also asked about the AstraZeneca vaccine, which CSL is producing in Australia.

He said CSL is producing around 1m vaccines per week now, and is available from GPs and the mass vaccination hubs now for those who are eligible. He said people concerned about the vaccine should speak to their GP:

The premier of Queensland, Annastacia Palaszczuk, was just on ABC News Breakfast and was asked about the lack of vaccine take-up in the state so far. She said it was being delivered through GPs, and there is an expectation that the federal health minister, Greg Hunt, will announce today pharmacies will be able to vaccinate people. She said a major issue was the size of Queensland:


You know how decentralised we are here in Queensland. And then that will be offering Pfizer and Moderna during that last quarter. So a lot of work, a lot of planning is going into it.

When asked about vaccine hesitancy, she said people need to sit down and talk with their GPs, but added she thinks the federal government will increase its communications campaign around people getting the Covid-19 vaccine in the coming weeks.

There has been speculation that the federal government might require people travelling interstate to have a vaccine passport, but Palaszczuk said she agreed with her NSW counterpart, Gladys Berejiklian that it wasn’t necessary:


Well, I think that the New South Wales premier and I are on one on this. I don’t know how a passport would work around Australia. To me, there’s been no discussion at national cabinet of how it would work, why it would be necessary. So I just think – you know, we need to have more of a discussion about that, and as I said yesterday, perhaps it needs to go to the prime minister’s federal cabinet first for them to have a discussion, to see what they think of the idea.

It is also New Zealand’s budget day. That will happen at 12pm AEST. AAP has a rundown on some of what we can expect today.

The government has trickled out announcements so far in each of those areas, with Jacinda Ardern’s government setting aside $NZ1.4bn ($A1.3bn) for vaccines.

“Everybody acknowledges this is one of our number one priorities,” Covid-19 minister Chris Hipkins said.

“It is going to be the single biggest undertaking we have ever asked our health system to do.”

The funding envelope covers 30m doses of vaccine, from four manufacturers, as well as the rollout costs.

In March, under mounting pressure to ease an out-of-control housing market, it announced a $NZ3.8bn ($A5.4bn) package to remove blocks on supply.

In recent days, government figures have suggested that will be the majority of its housing spend.

Labour has come good on a budget commitment to pay early childhood educators the same as kindergarten teachers, which will cost $NZ170m ($A158m).

It has also funded a $NZ67.4m ($A62.6m) public sector climate package to electrify its car fleet and transition to clean energy sources for schools.

NSW has acquired what the government calls “one of the world’s strongest mice-killing chemicals” to combat the rodents which are causing catastrophic damage in regional areas, AAP reports.

Farmers and people in regional towns have been struggling since last year with a mouse plague that has ruined crops, damaged tonnes of stored hay and grain, infiltrated homes and tank water and caused millions of dollars of damage.

NSW has acquired 5,000 litres of a poison to help farmers battle a mouse plague.

The NSW government said on Thursday it had secured 5,000 litres of the anti-coagulant bromadiolone – enough to treat about 95 tonnes of grain – and would provide it free of charge once federal authorities had approved its use.

“By securing a local supply of the chemical we ensure the NSW government is ready to roll – no waiting for overseas shipments, no immediate supply issues,” agriculture minister Adam Marshall said.


Experts will treat growers’ grain with bromadiolone completely free of charge to build a mice-free fortress to protect paddocks.

When used in conjunction with in-field zinc phosphide baiting, farmers will have a multi-layered defence against the rodents.”

Farmers will be notified about where to bring their grain for treatment once the locations of sites were confirmed.

The poison still has to be approved for use by the Australian Pesticides and Veterinary Medicines Authority to bail corp perimeters.

Good morning, and welcome to the live blog for Thursday. I’m Josh Taylor and will be taking you through the news this morning.

The Australian Medical Association is warning people aged over 50 should not be waiting for the mRNA vaccines to be more widely available later this year, and should get vaccinated with the AstraZeneca vaccine now.

Vice president Chris Moy told the ABC the AMA is concerned that because of the closed borders and strict quarantine system, Australians were becoming complacent about Covid-19:


I would say as somebody who’s sitting in some of those meetings and seeing for example what’s happening overseas where there’s a tsunami of Covid and also the development of variants, that we’re sitting ducks as a country and as individuals until we get a significant portion of the population vaccinated, particularly those over 50.

Meanwhile, the Australian government is in talks with the International Air Transport Association about a new digital certificate that could unlock quarantine-free overseas travel for vaccinated Australians.

Qantas has been trialling the vaccine passport, but it will likely still be some way off as the prime minister, Scott Morrison, says Singapore will likely be the next country Australia forms a quarantine-free travel bubble with, but again he has said it is some way off.

It’s also Victoria’s budget day. We will have the full news out of the lock-up at 1pm, but it is being reported that the budget deficit is $17.4bn, $6bn better off than forecast late last year as the state which went through the longest lockdown in Australia bounces back.

Let’s get into it. 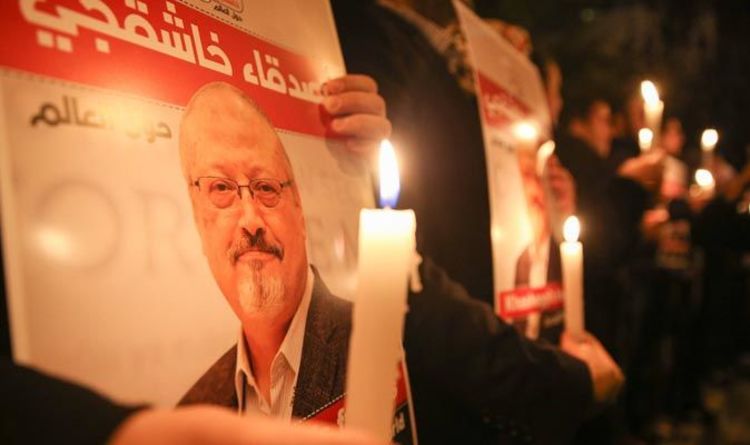