Maybe you have never heard it before, but it can be beautiful to some and maddening to others. Scientists who study them have waited 17 years for these noise machines to emerge from their slumber.

“This cold snap we’re having here in the Midwest and out East is certainly delaying the mass emergence of periodical cicadas,” entomologist Gene Kritsky told CNN. “Normally, we would have had cicadas emerging probably any day now,” he said Tuesday.

Kritsky, who says cicadas helped him get tenure, is the dean of behavioral and natural sciences at Mount St. Joseph University in Cincinnati.

The black-and-red periodical insects usually emerge the first week in May, he said. “That mass emergence hasn’t really kicked in yet,” Kritsky said, but the delay is only expected to be for a few days.

Bug enthusiasts are anticipating Brood X of the periodical cicadas to be the largest emergence event since 2004. Billions of cicadas across 16 states will soon be singing and looking for a mate, covering a swath of land from Tennessee to New York.

Brood X — pronounced Brood 10 for the roman numeral — is one of the 15 periodical cicada broods in the U.S. Most of these periodical cicadas emerge once every 17 years, but there are a few that come out in 13-year cycles.

These special cicadas are different from the annual cicadas, which are green, brown and black with green eyes that emerge in small numbers. The periodical cicadas have a different agenda — they come out in droves so they can survive predators from picking them off before they can mate.

Some cicadas have already emerged in north Georgia, North and South Carolina and outside Washington, D.C., Kritsky said. Warm temperatures coaxed them out of their slumber, but there aren’t many of them yet because of the shift in weather.

“Much of the region — where cicadas will emerge — continue to have below-average high temperatures through the weekend. Monday looks to be the first day that really gets back to normal temperatures,” CNN meteorologist Judson Jones said.

An unseasonably cold air mass over much of the Southeast is dropping temperatures 10 to 25 degrees below the seasonal averages. From Wednesday into Thursday, as many as 32 record cold high temperatures are expected across the South.

The latest cold snap is slowing most of the brood from joining. The cold doesn’t hurt them or even kill them — it just signals to the cicadas that it’s not time to emerge from their subterranean slumber, Kritsky said.

“When that happens, the cicadas just go deeper in their tunnel where the temperatures drop,” Kritsky said. “They know what to do. They’ve been doing it for 17 years.”

The cicadas that already emerged just have to deal with the chilly weather, as they are cold-blooded. The insects rely on the air temperature and sunlight to warm them up enough to go about their singing and mating.

Normally, it takes the insects five days to harden their exoskeletons so they can fly and start singing, Kritsky explained. The cooler temperatures will slow down the process and keep the singing much quieter than the usual roar.

The males do all the singing. After a pair of cicadas mate and the female lays eggs in the tree, the nymphs drop out and burrow into the ground.

Don’t worry, though. The Climate Prediction Center forecasts for next week and weekend are showing above-average temperatures, Jones said.

“If I were a betting man, I would look to have your ear plugs ready to go by the end of next week,” he said.

The more cicadas, the louder things can get. Parts of Baltimore, Washington, D.C. and Cincinnati are expected to be the loudest spots, Kritsky said.

For these periodical cicadas, it’s all about having the right soil temperature. When the soil is at 64 degrees Fahrenheit for three days or longer, the cicadas start to emerge, Kritsky said.

The soil temperature doesn’t change as quickly as the air temperature, he said. If you have some daily high temperatures in the upper 70s and low 80s, that will speed up the soil rising in temperature.

Cicadas depend on the climate and they take cues from Mother Nature to know when it’s time to say hello to humans.

“Cicadas are bugs of climate. They evolve their long life cycle in response to the Ice Age, that is the current working model that we’re looking at,” Kritsky said. “We know that the increasing temperatures we’ve experienced over the last few years is causing some of the broods to actually spin off four-year accelerations.”

In the year 2000, four years before Brood X was scheduled to appear, cicadas came out early. Many died, but some in southwestern Ohio survived to form a separate group that reemerged in 2017.

The lifespan of Brood X cicadas is 17 years, from the time the eggs hatch and the nymphs burrow, to the end of their life after they emerge and mate.

If you see a cicada, there is one thing you can do to help scientists — there’s an app for that.

Cicada Safari allows you to snap a photo and tag a location of where you saw the red-eyed insect emerging. Experts verify each image to make sure it’s a periodical cicada, said Kritsky, who created the app with the Center for IT Engagement at his university. 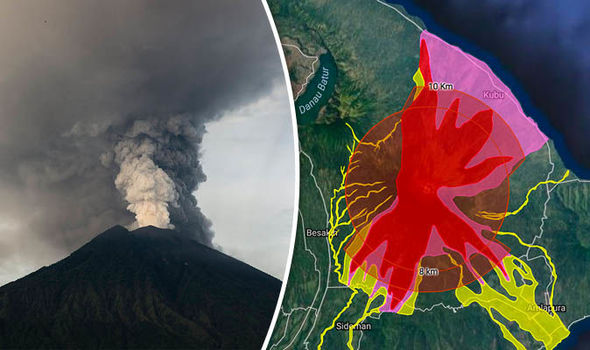 The volcano is producing giant plumes of volcanic ash and dangerous lahars after erupting at about 5.30pm local time on Saturday.  Tens […]

The NHC said Katia was likely to bring “life-threatening flash floods and mudslides, especially in areas of mountainous terrain.” The storm comes […] Friday’s assassination, which was ordered by US President Donald Trump, has dramatically increased tensions between the West and the Islamic Republic, with […] 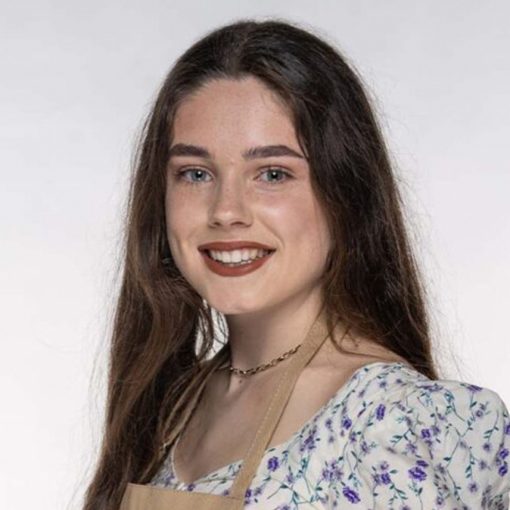 I love all the new bakers we’ve met in The Great British Baking Show Season 9 on Netflix. I adore Jürgen, who […]