Last month, a ghostly grey business jet took off from central Sweden and headed across the Baltic on a routine spying mission.

The converted Gulfstream, caught on a tracking website, was flown by the Swedish Air Force and patrolled an area thick with Russian radar signals off the militarised coast of Kaliningrad.

Apart from a couple of unobtrusive bulges underneath, Sweden’s two Gulfstream-based S102B Korpen spy planes look like any other sleek corporate jet.

But inside, the Swedish jets and a growing fleet of newer corporate aircraft contain the eyes and ears of a relentless intelligence war.

From the South China Sea to the Middle East and the Baltic, governments are eyeing “special mission” business jets capable of looking or listening at potentially lower running costs than converted passenger or military planes.

It’s the latest chapter for a discreet market worth an estimated $3 billion to a handful of corporate jet specialists and the Israeli, European and U.S. arms firms that supply advanced intelligence systems.

The rising demand for small jets with systems once reserved for bigger planes has energised a market led by General Dynamics (GD.N) subsidiary Gulfstream, with Canada’s Bombardier (BBDb.TO) and France’s Dassault Aviation (AVMD.PA) snapping at its heels.

“A key area for growth is in signals and electronic intelligence,” said defence analyst Francis Tusa.

“This is increasingly viable on smaller aircraft because of improvements in electronics and their reduction in size. It’s all about processing power and the size of electronics.”

Missions vary widely from intelligence planes that passively scoop up radar and listen to communications to the most advanced early warning aircraft that actively scan or watch for threats.

“It’s the difference between listening out for the sound of a burglar or shining a bright torch,” a defence executive said.

All eyes are now on South Korea, which may search for new early warning planes later this year to augment its Peace Eye fleet based on Boeing 737s, analysts and industry sources said.

While such orders are small in volume, they are more profitable and resistant to crises such as COVID-19.

“Even as demand generally softened due to the pandemic, Textron Aviation saw a slight increase in special-mission orders in 2020,” its defence head Tom Hammoor said. Its Beechcraft King Air turboprops carry out reconnaissance and law enforcement.

Basic corporate jets can cost anywhere from $20 million to $60 million but the price tag for converting them into spy planes rises quickly and could surpass $200 million for a high-end product, industry sources say.

Heavily exposed to fluctuating demand for civil business jets after quitting the rest of the aerospace industry, Bombardier says it is now dedicating more resources to military missions.

“We’ve been approached (with) numerous opportunities … I would say in the last couple of months,” Chief Executive Eric Martell said in response to a Reuters query.

Jetmakers do not disclose data for sales of special-mission aircraft. The market is estimated by U.S. research firm JETNET to be about 5% of annual large-cabin business jet deliveries.

According to JETNET, Gulfstream is the leader in business jet deliveries to government customers, competing with rivals such as Bombardier and Dassault, which recently clinched orders for seven Falcon 2000 Albatros planes for the French Navy.

But Gulfstream is ending production this year of its popular G550 corporate jet, which was recently delivered to Israel as a surveillance aircraft, creating a potential opening for rivals.

“For Bombardier and (Dassault’s) Falcon, much depends on what Gulfstream does to position a new model to take the place of the G550 as the dominant special-mission business jet,” Teal Group analyst Richard Aboulafia said.

“If they don’t have a replacement that’s as suitable and popular … then Bombardier and Falcon gain.”

Gulfstream said orders will shift to its newer models. Dassault had no immediate comment.

The business of turning luxury into spycraft is not new, dating back to a Grumman executive turboprop in the 1960s.

But demand for “missionized” business jets is accelerating as radars get smaller and planes fly further.

Systems supplier L3Harris Technologies (LHX.N), however, said large-cabin business jets were used in most projects over the last five years in areas such as multi-role surveillance.

Sean Stackley, president of its Integrated Mission Systems business, said it was looking at more than half a dozen new sales campaigns, including with two NATO countries.

Even as corporate airframes equip for war, there is talk of pressure from another emerging rival: long-endurance drones.

Northrop Grumman’s (NOC.N) Global Hawk, for example, is used for intelligence gathering over water and coastal areas and costs about $130 million, according to industry experts.

“The main future threat to this market is from unmanned aerial vehicles and to a lesser extent low-earth-orbit satellites,” Tusa said. “But they are not cheap. So a business jet solution sits well with that.” 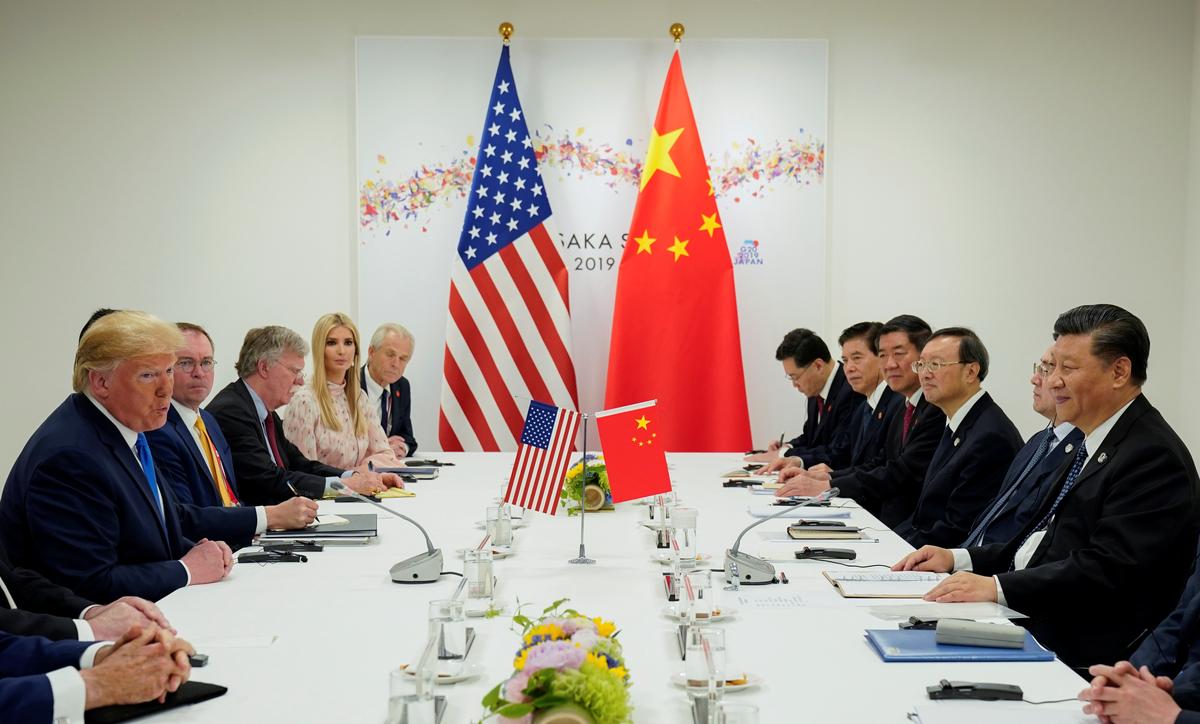 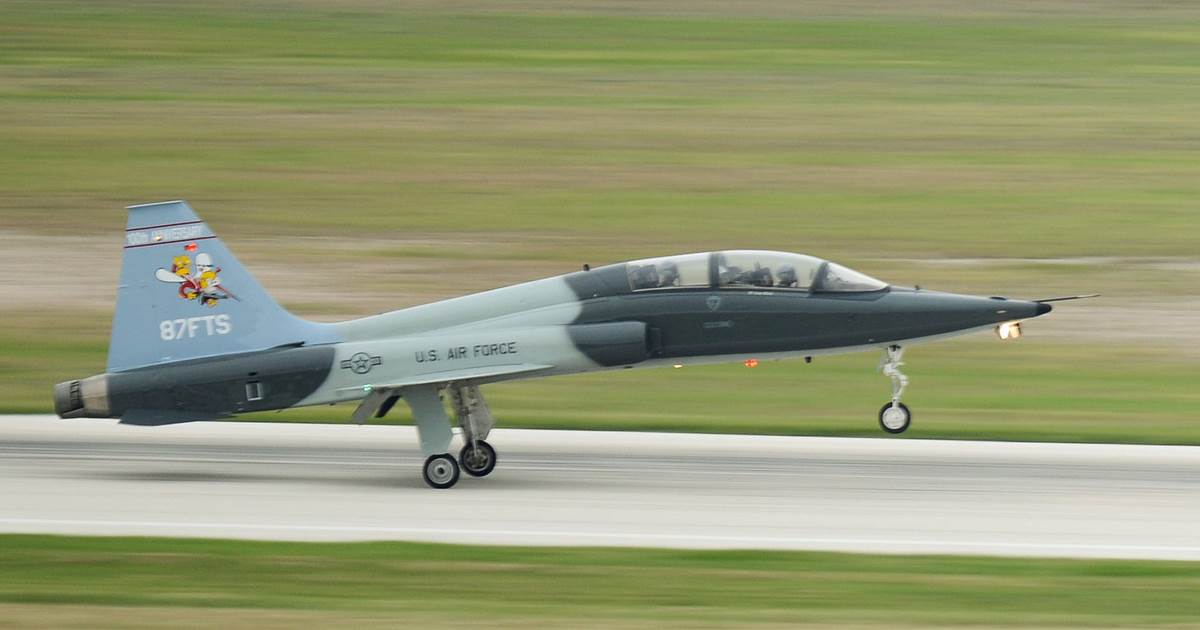 Chuck Yeager, the American space program test pilot immortalised in The Right Stuff who became the first person to break the sound […] 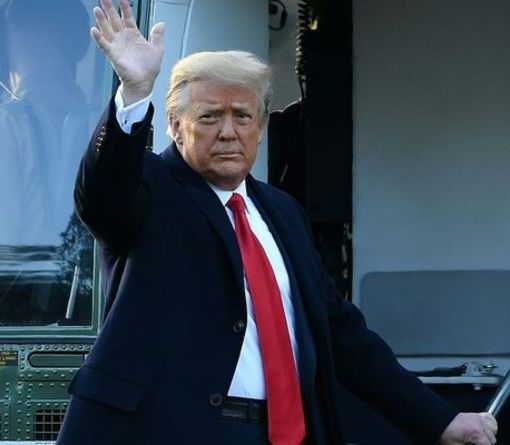 In pictures obtained by The Daily Mail, the former US president was pictured on Wednesday afternoon practising his golf swing at the […]