Why would an anonymous, unpublished, non-peer reviewed, allegedly academic report attract the attention and angst of a tribe of China watchers? Answer: when the topic is Xinjiang.

The vast Xinjiang region of China – three times the size of France and with a population of 25.8 million – has drawn intense controversy over allegations of forced labour and state-sponsored internment of people from Muslim ethnic groups living there.

Politicians in the United States, Canada, Britain and the Netherlands have said China’s policies in Xinjiang amount to genocide, citing allegations of as many as 1 million Muslim ethnic Uygur people from the region being held in detention camps.

Beijing has rejected those accusations, saying the camps are vocational schools and part of efforts to combat poverty as well as counter extremist groups that instigated violence and terror attacks and sought to radicalise Muslim communities in the region.

As Xinjiang becomes another front in the multiplying lines of conflict between China and a grouping of countries allied with the US, an anonymous 18-page document started to appear in the email in-boxes of academics in mid-April titled: “Xinjiang: what do we know, how and why?”

The report says much of the evidence used by critics of China’s policies in Xinjiang is exaggerated and inaccurate, and that the claims of mass internment of Uygurs have not been verified.

A footnote in the paper says the authors wish to remain anonymous to avoid “hate mail, letters sent to their employers, or additional risks to tenure”. The South China Morning Post has not been able to establish who the authors are, or whether they are academics as the footnote indicates.

However, the report has found an audience and generated debate among China specialists in the West.

Professor Jane Golley, an economist and China specialist at the Australian National University, picked up on the report during a speech at Australia’s National Press Club on April 21.

“Just last week, I received a scholarly article that debunks much of what you have read in Western media on this topic, including the figure of 1 million Uygurs in detention camps, the pervasive use of forced labour, and on calling it genocide,” she said.

“But the authors have sent this anonymously, because they fear the reaction here in Australia, by those who are committed to the dominant narrative, fact or not.”

Golley later told The Sydney Morning Herald that she received the report from a former Australian ambassador to China, who she declined to name. She said she did not know who wrote the report, but that they would be “persecuted” if known.

Golley told the Post by email that she was trying to argue for rational debate. “I was trying to make the point that I found some of the [paper’s] contents convincing. I did not endorse it,” she said.

Timothy Grose, an associate professor of China studies at the Rose-Hulman Institute of Technology in Maryland, said he was interested when he heard about the new Xinjiang report, believing it could bring new information to light.

Grose said he had made more than a dozen research trips to Xinjiang since 2002 and written several peer-reviewed articles on China’s ethnic policies in the region. He is also fluent in Uygur and Mandarin.

However, he was less than impressed with the Xinjiang paper. “It was built up as this path-breaking piece of research, and when I read it, I was shocked at how poorly it was written, and just the lack of academic rigour that was put in the piece,” he said.

Much of the Xinjiang paper focuses on the work of German anthropologist Adrian Zenz, a non-resident fellow in China studies at the Victims of Communism Memorial Foundation in Washington.

Zenz has become a go-to authority on Xinjiang in the Western media for his research into allegations of internment camps, forced labour, and sterilisation of Uygur women.

The paper said the methodology Zenz used in a 2018 peer-reviewed article, published in the academic journal Central Asian Survey, was flawed because it took data from Chinese government documents on ethnic minorities detained in smaller geographic areas and then extrapolated the information to cover the entire region.

“We should stress that the point here is not about whether such actions are ethically acceptable, but that many of the claims about their scale appear to be seriously exaggerated, and not well based in evidence. In fact, Zenz’s article [from 2018] reveals no direct, verifiable evidence of mass internment,” the report said.

In an interview, Zenz said the report was a bad-faith attack on his work because it ignored subsequent articles that cited government documents listing thousands of members of ethnic minorities in detention camps.

By focusing on estimates, the unnamed authors were trying to question if there is a campaign of mass internment of members of Muslim ethnic minorities in Xinjiang, he said.

“We don’t have hard data on the actual internment numbers, those are of course estimates and interpolations from smaller data sets,” Zenz said. “Regardless if it’s 800,000, 1.2 million, or 2 million, we know it’s mass internment.”

Xinjiang specialist Grose said that many scholars, including Zenz, had said the figure of 1 million detainees was an estimate, but that has not translated into media reports.

“Oftentimes, the 1 million figure is used uncritically, and especially it’s reproduced and recycled in media where it’s almost become this undisputed fact,” he said.

Regardless of the media approach, Grose said he disagreed with the paper’s suggestion there was no hard evidence of mass internment.

Grose is part of the Xinjiang Documentation Project, a joint scholarly effort to share primary source material on the lives of the region’s Uygurs and Kazakhs, the two largest Muslim ethnic minorities in Xinjiang.

He said he had put 325 documents from official Chinese sources related to incarcerations in Xinjiang on the project’s website.

Grose said the paper suggested it was more plausible that local ethnic people were graduating from vocational schools rather than political re-education camps, an argument he said was disingenuous.

The paper also argues that research by Zenz and the Australian Strategic Policy Institute, a think tank, misconstrues China’s policies to provide jobs to low-income citizens as forced labour. It also challenges Zenz’s findings on alleged sterilisation of Uygur women.

Zenz said he was well aware of labour policies in developing countries, such as China. “The difference is how it is done and [in Xinjiang’s case] it is done in the context of a police state, and a mechanism of social control,” he said.

Zenz’s allegations of forced sterilisations in Xinjiang were the basis for a June 2020 report published by The Jamestown Foundation think tank based in Washington.

This report, which said the Chinese government could be committing genocide as defined by the United Nations, became the cornerstone for the US government’s decision to use the term “genocide” to describe China’s policies in Xinjiang.

Since then, the parliaments of Canada, the Netherlands and Britain have all passed motions to call the policies in the region a genocide against Uygurs.

The Xinjiang report said Zenz’s work did not give proof that China’s government had intent to destroy the Uygur ethnic group. It noted a decline in the Uygur birth rate, but attributed it to China implementing family planning policies that the Han majority have been subject to for decades.

Zenz said this again misrepresented the data he presented. “What I show is that the birth rate for Uygurs dramatically declined in 2017 and 2018. I also said that there was family planning among the Han, but of course, the Han have nowhere ever had a birth decline like the Uygurs in those two years,” he said.

However, other Xinjiang specialists critical of China’s human rights record disagree with the genocide label.

James Leibold, a professor specialising in China’s ethnic minorities at La Trobe University in Australia, argued in The Diplomat magazine on May 1 that colonialism better described what was happening in Xinjiang, not genocide.

“Aspects of China’s new policy direction [on Xinjiang] are certainly destructive, yet their colonial intent ultimately seeks to transform – not exterminate – the physical and social landscape of Xinjiang and other peripheral regions under the government’s control,” he wrote.

Xinjiang scholar Grose said articles such as Leibold’s were an example of a good-faith critique of the genocide designation. He said this compares with the authors of the report citing risk of losing tenure as a reason for not publishing their names and affiliations. “It’s almost cowardly,” he said.

“[Leibold] published the article with his name, and to my knowledge he’s not getting any sort of nasty backlash from it, certainly people can disagree on this but his disagreement is based on engagement with sources and proper contextualisation,” he said.

Zenz said the anonymous paper ignored the obstacles the Chinese government put in the way of those trying to understand what was happening in the region.

“It does not acknowledge anything, limited access to journalists, lies, counterpropaganda, attacking witnesses, stopping information flow, stopping the publication of certain data,” he said.

Zenz has been sanctioned by China’s government for his research on Xinjiang and state media publishes regular articles attacking him.

Professor Barry Sautman, who teaches political science and international law at the Hong Kong University of Science and Technology and specialises in China’s ethnic policies, has a different view of the report.

“Given the limitations of the data that we currently have, the paper in question is a sound examination of the principal politicised Xinjiang-related issues, because it tests the claims being made in the mainstream Western discourse of Xinjiang, both empirically and logically, and finds them wanting,” he said.

Sautman said he was not convinced of a genocide taking place in Xinjiang and thought it was highly probable that there was no forced labour either, but that China had a long way to go to prove otherwise.

He said it would require a list of publicly available statistics, including a complete list of all “vocational centres” that exist or existed in Xinjiang, how many people were in such centres, for how long, and what proportion were there voluntarily or otherwise.

Field studies of labour practices in Xinjiang and of other Uygurs who work outside the region would also be needed.

“For any of that to happen, the Chinese government would have to change its perspective on how social science investigation is carried out, to make it transparent and multinational,” he said. “It is a long way from doing that at present.” 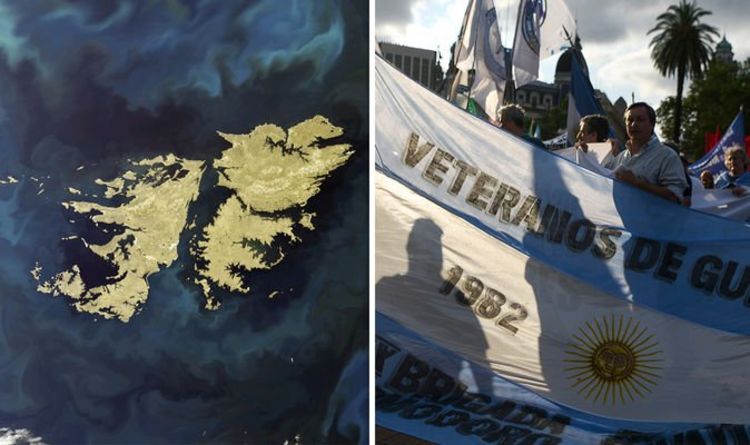 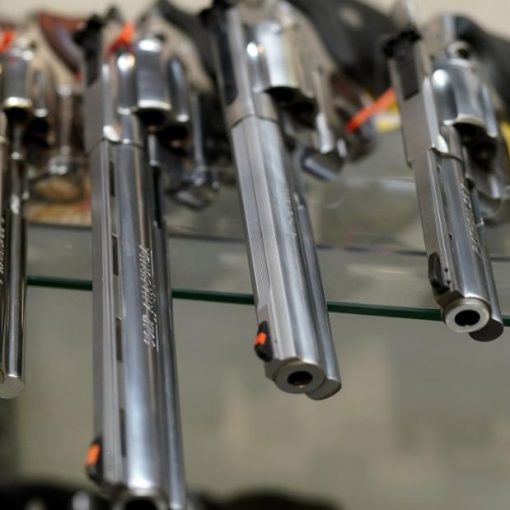 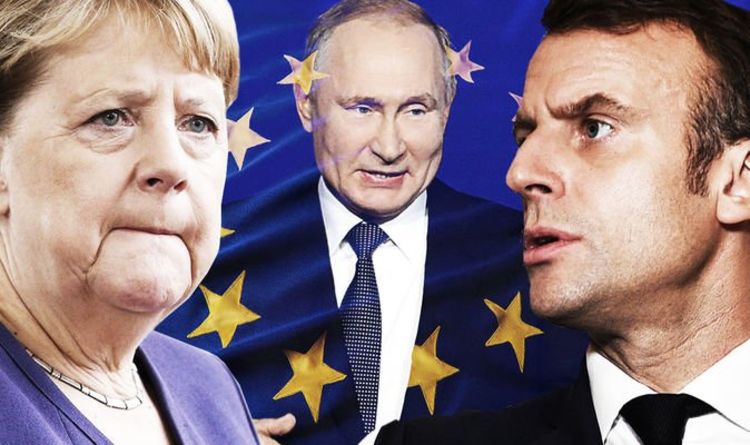 Mr Macron announced recently talks between France, Germany, Ukraine and Russia will be held at a summit on December 9, resuming Crimea […] 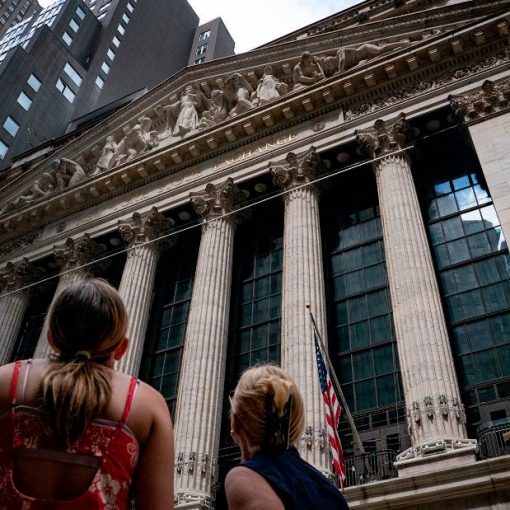