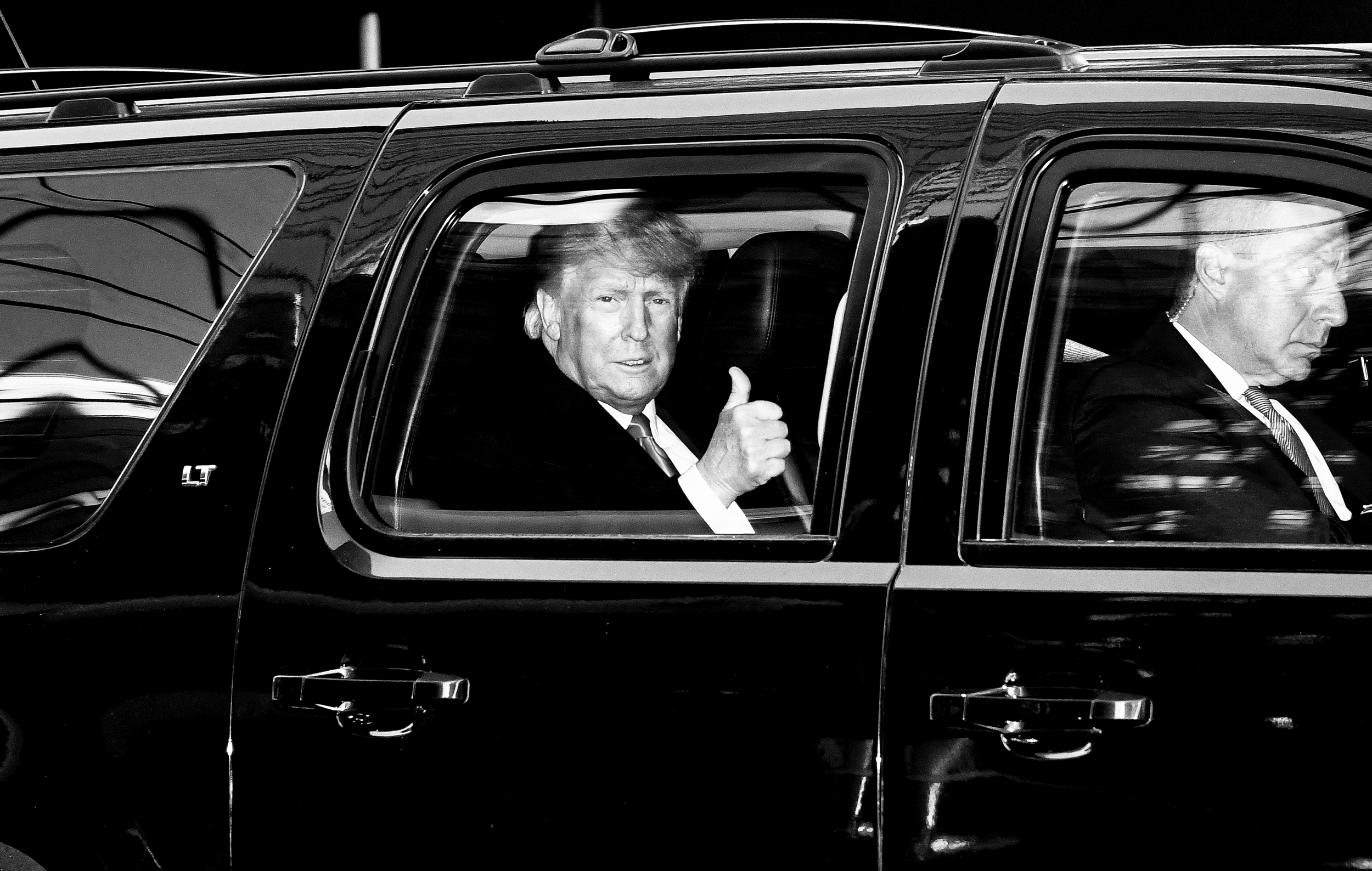 On Wednesday, Facebook’s Oversight Board will announce whether former President Donald Trump will once again be allowed to post on that company’s platforms — which include both Facebook and Instagram. The company first took down a video and post from Trump, then suspended the then-president’s accounts for 24 hours on Jan. 6. CEO Mark Zuckerberg wrote the next day that “the risks of allowing the president to continue to use our service during this period are simply too great,” in concert with an indefinite suspension.

After Trump left office, the company then punted a decision on whether to re-activate his accounts to the Facebook Oversight Board — made up of outside experts with its own staff established and funded by Facebook. Launched in October 2020 to hear appeals to Facebook’s moderation decisions, the board has apparently now made up its mind about Trump’s fate.

And though the board overturned the company’s moderation decisions in four of its first five cases — with board member Alan Rusbridger stating that the board believes that “you start with the supremacy of free speech” — the Oversight Board should not reinstate Trump’s accounts.

Two of Trump’s primary tools in his attempt to steal a presidential election were Facebook and Twitter.

In fact, it first needs to recommend the permanent and formal suspension of Trump, to which Facebook should acquiesce. And then Facebook should move onto the necessary work of releasing a full set of data to the public about his platform activity, so that the American public can begin to understand the true scope of the damage he inflicted on our democracy using their platform. Thereafter, both Facebook and its Oversight Board should examine how the inadequacy of its rules and its deference to power allowed Facebook and Instagram to become a primary means through which the president of the United States attempted to subvert and dismantle American democracy.

After all, images of violent rioters storming the Capitol on Jan. 6 are forever seared into the national consciousness, and months of Trump surrogates parroting the Big Lie into microphones offered to them on television, radio and in parking lots of urban landscaping businesses created a cacophony of deception, amplified on social media, that will be difficult to get out of our collective heads.

Yet, aside from a few, brief White House speeches, the president was uncharacteristically quiet during the period that those often previously unknown surrogates were propagating what we now call the Big Lie.

Trump’s public absence in that period was, in retrospect, pronounced and uncharacteristic: Between Election Night on Nov. 4 and Jan. 6 — a 65-day period — he only appeared on camera 28 times by my count, a remarkably small number of appearances for a notoriously publicity-hungry president. (By comparison, after less than six months in office, when he went five days without an on-camera appearance, it prompted headlines; after his first two years, he’d made nearly 600 such appearances, according to an analysis by the White House Correspondents Association.)

Facebook should examine how they allowed their services to become a primary means through which the president of the United States attempted to subvert democracy.

And he pushed lies about the election in just 18 of those post-election appearances.

With so few on-camera appearances, how did the Big Lie permeate so quickly? Well, while Trump wasn’t appearing on camera, he did remain online. He posted to his personal social media accounts more than 2,200 times between the election and the insurrection: using the Trump Twitter archive, I counted more than 1,520 tweets on his personal account and, with help from Media Matters and use of the Newswhip tool, found at least 757 Facebook posts.

And, of the 29 tweets used as evidence by House impeachment managers who tried Trump before the Senate on charges of “incitement of insurrection against the Republic he swore to protect,” 22 of them appeared in identical forms on Facebook.

It’s clear, in other words, that two of Trump’s primary tools in his attempt to steal a presidential election were Facebook and Twitter.

The reach of these posts is astounding and troubling. Trump posted at least 757 times to his more than 32 million Facebook followers, and at least 447 of those posts were labeled by Facebook as potentially containing election misinformation. A closer examination reveals that at least 225 posts included fraudulent claims of victory, baseless allegations of election fraud or delusional narratives of how the results of a democratic election could somehow be changed or manipulated after the fact. Those 225 posts received at least 109,936,145 total interactions — a statistic that includes shares, comments, reactions, but does not include how many people merely saw the post — and were reshared more than 7 million times.

Facebook (and Twitter) enabled, amplified and profited from millions of people’s interactions with the Trump campaign’s blatant attempt to steal an election

Trump was unwilling — or, perhaps owing to its sheer preposterousness, unable — to go on camera to present his fake case for election fraud and, thankfully, most responsible media outlets refrained from engaging with it.

But Facebook (and Twitter) enabled, amplified and profited from millions of people’s interactions with the Trump campaign’s blatant attempt to steal an election. The American public doesn’t know how many people read Trump’s social media posts about the Big Lie — the companies do, but neither provides public data for them — and it’s impossible to quantify the ways they echoed throughout the social media ecosystem, in private groups or private messages. But with more than 100 million combined followers on Facebook, Instagram and Twitter, coupled with the platform that the presidency of the United States already provides, I am confident in saying that his posts, full of lies and propaganda designed to overturn a free, democratic election, reached far more people than we know.

And if Facebook’s Oversight Board lets Trump back on Facebook and Instagram, he’ll assuredly restart his assault on democracy. And if we let Facebook (or Twitter) off the hook for having let him go so far before they stopped him, they’ll do it again, too.

We must compel Facebook and then Twitter to take all necessary steps at their disposal to prevent their platforms from being used by political leaders to spread propaganda to undermine democracies ever again, both here in the U.S. and in other countries. We cannot afford to have them make the same mistakes again; our democracy may not survive Round Two.

Adam Conner is the vice president for technology policy at the Center for American Progress, and the founder of Facebook’s Washington, D.C office, where he worked on the company’s Privacy and Public Policy team and was in charge of bringing politicians onto Facebook. 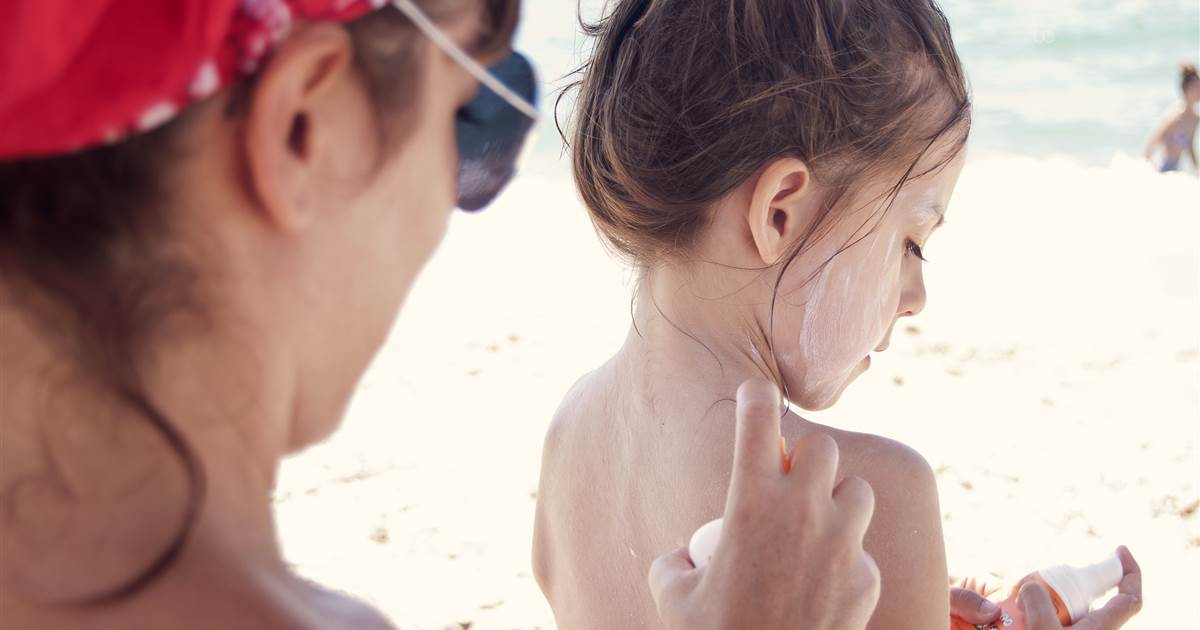 Finding the right sunscreen for your kids can be difficult. Of course, you want one that’s going to effectively protect them from […] 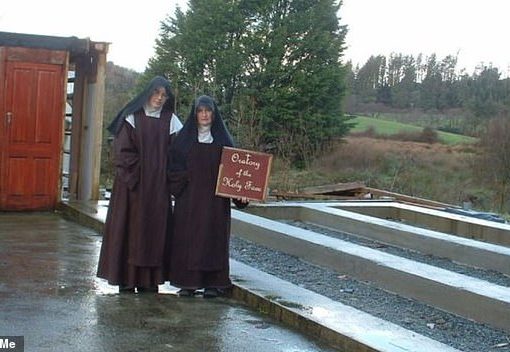 Rules don’t say you can meet a friend to exorcise! Irish nuns ‘breached Covid rules as they attended service in a park […]

WASHINGTON, Feb 16 (Reuters) – U.S. Secretary of StateAntony Blinken said on Tuesday “the path to diplomacy is openright now” with Iran […]