Shaun Murphy repelled a strong comeback from the world No 1, Judd Trump, to claim a 13-11 victory and book his place back in the World Snooker Championship semi-finals for the first time since 2015.

Trump, who started the session 10-6 behind, reeled off five of the first six frames of the evening session, hauling himself level in the match with a clearance of 111.

Murphy then recovered his poise with consecutive breaks of 70 and 62 proving enough to edge him into a last-four meeting with Kyren Wilson, who had earlier progressed with a 13-8 victory against Neil Robertson, the 2010 champion. The pair’s quarter-final was finely poised at 8-8 overnight, but Wilson won five successive frames at the start of their final session.

Mark Selby cruised into the semi-finals after thrashing fellow three-time champion Mark Williams with a session to spare.

Resuming their eagerly anticipated quarter-final with a 6-2 lead, Selby reeled off four frames in a row with the aid of breaks of 96, 58 and 66 before Williams stopped the rot with a run of 79.

However, the Welshman was already resigned to his fate and, despite successfully producing a bizarre four-cushion break-off shot, two more half-centuries helped Selby claim the three frames he needed to complete a 13-3 victory.

The last quarter-final to end with a session to spare was Selby’s 13-3 win against Marco Fu in 2017 on his way to the title and the 37-year-old said: “We’ll find out if that’s a good omen over the next few days. But I feel as though I’m playing as good as back then, if not better at the moment. So all I can keep do is keep working hard, get as much rest as possible and stay focused.

“Really happy with the way I played from start to finish. I’ve not eased off at any stage since the start of the tournament which is nice, because you know you’re going to play some bad sessions. I’m just trying to go back to basics really, making sure I give every shot 100% and it seems to be working at the moment. I don’t seem to be missing anything silly and not really giving my opponents many easy chances.”

Williams felt he was unfortunate not to get out of the first session just 5-3 behind, but admitted: “I just got outplayed and he totally deserved it. Forget about [Judd] Trump and [Neil] Robertson and [Kyren] Wilson and all these – if they’re all playing well Selby’s different class to the lot of them. He played outstanding stuff and I’m a man to put my hands up and say I can’t compete with that – not many people can. When it went 10-2 the match is dead. I tried, but the last thing I wanted to do tonight was come back at 12-4 knowing you can’t win.”

Stuart Bingham edged a final frame decider over Anthony McGill to advance to the semi-finals for the first time since he won the tournament in 2015.

Bingham described his 125 clearance as “definitely the best of my career” after converting a 10-7 deficit into a 12-10 lead – then withstanding a tenacious fightback from McGill. Bingham said: “It feels just as emotional to get back to the one-table setup as it did for the first time in 2015. It’s just the holy grail of the sport and I’m proud of the way I held it together because it’s not easy playing under that kind of pressure.”

When calm had been restored on the pitch, in the stands and even in the press box, Aliou Cissé struck straight to […] 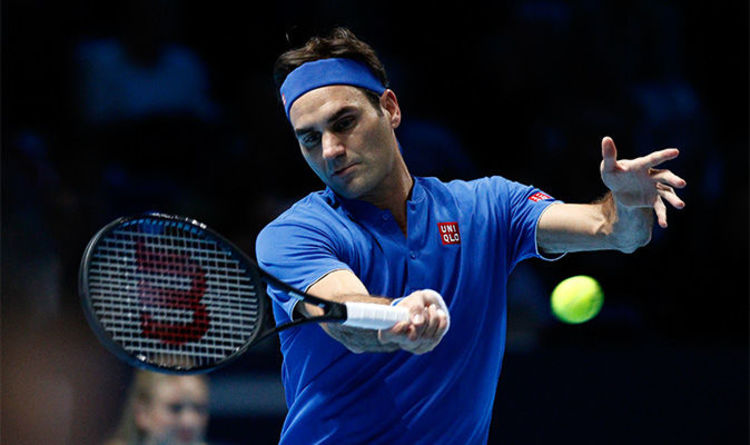 Zverev knocked Isner out of the season-ending tournament earlier this afternoon with a 7-6(5), 6-3 victory. The result also secured Zverev a […]

Cleveland are now 3-4 for the season with defeat to the Knicks coming after losses to the Orlando Magic, Brooklyn Nets and […]