A sex attacker had his penis and testicles hacked off and fed to wild pigs in a revenge attack after he allegedly attempted to rape his niece in Brazil.

The 36-year-old man, who has not been named, sparked widespread anger in the northern Brazilian municipality of Olhos D’Agua after he allegedly tried to rape his 20-year-old relative.

His niece, who remains anonymous, managed to fight off his advances and fled before her attacker then drunkenly staggered home and fell asleep.

The woman’s boyfriend and his cousin were reportedly furious with the attempted rape and allegedly asked the uncle to join them in a nearby sugarcane field where they planned to neuter pigs on April 19. 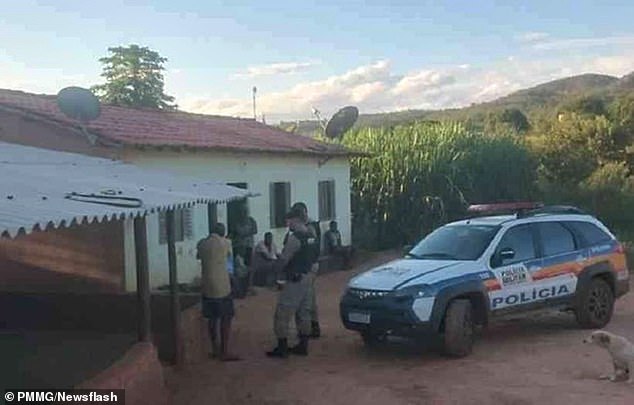 A sex attacker had his penis and testicles hacked off and fed to wild pigs in a revenge attack after he allegedly attempted to rape his niece in Brazil. Pictured: Police make enquiries over the attack in Olhos D’Agua 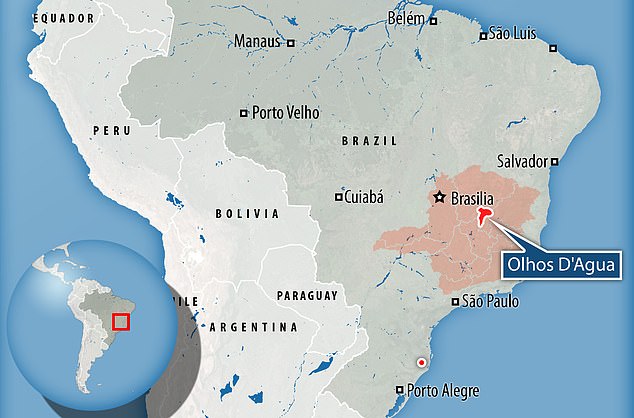 The 36-year-old man, who has not been named, sparked widespread anger in the northern Brazilian municipality of Olhos D’Agua after he allegedly tried to rape his 20-year-old relative

When he arrived at the field, the two men attacked him instead. After beating him unconscious, they removed the sex attacker’s trousers and cut off his penis and testicles before allegedly throwing the genitalia to the pigs to eat.

The man, who is a manual worker, eventually came round and somehow managed to struggle home while he was bleeding profusely to call medics.

The doctors managed to stop the bleeding before taking the man in an ambulance to the nearby Doutor Gil Alves Municipal Hospital in Bocaiuva. 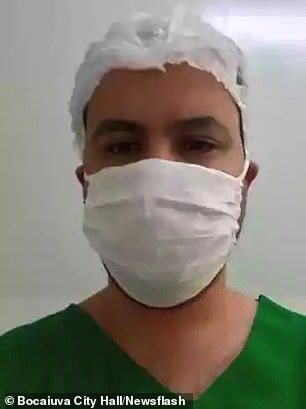 Pictured: Surgeon Felipe Lobo who performed surgery on the man who had his penis cut off

Surgeons said there is nothing they can do to reattach the manual worker’s penis and testicles after the genitalia was reportedly thrown to the pigs and eaten.

Police officer Stephan da Silva said the force searched for the missing genitalia but did not find it and believed it had been eaten by the animals.

He added: ‘This case is something unusual, out of the ordinary. It is even inhumane.’

Medics managed to reconstruct his urinary tract so that the man could relieve himself.

‘It was like something out of a scene from a Dante novel,’ surgeon Felipe Lobo said. ‘His penis and scrotum had been severed and his external genitalia were completely missing.

‘All we could do was stem the bleeding, give him a blood transfusion and clean the wound.’

The man is now on antibiotics and will be able to leave the hospital in two to four days.

The two suspects have been arrested. It is unclear if the man whose genitals were removed is to be charged with attempted rape after the alleged crime was not reported to the police.

Two years since a photo of lifeless Syrian boy Aylan Kurdi lying face down on a Turkish beach captured the world’s attention, […] 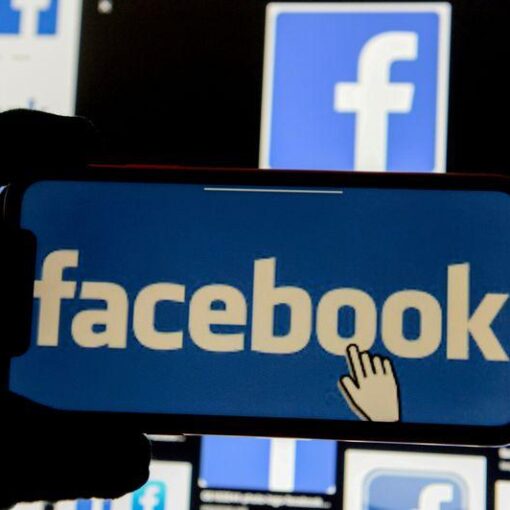 FILE PHOTO: The Facebook logo is displayed on a mobile phone in this picture illustration taken December 2, 2019. REUTERS/Johanna Geron/Illustration/File Photo […] 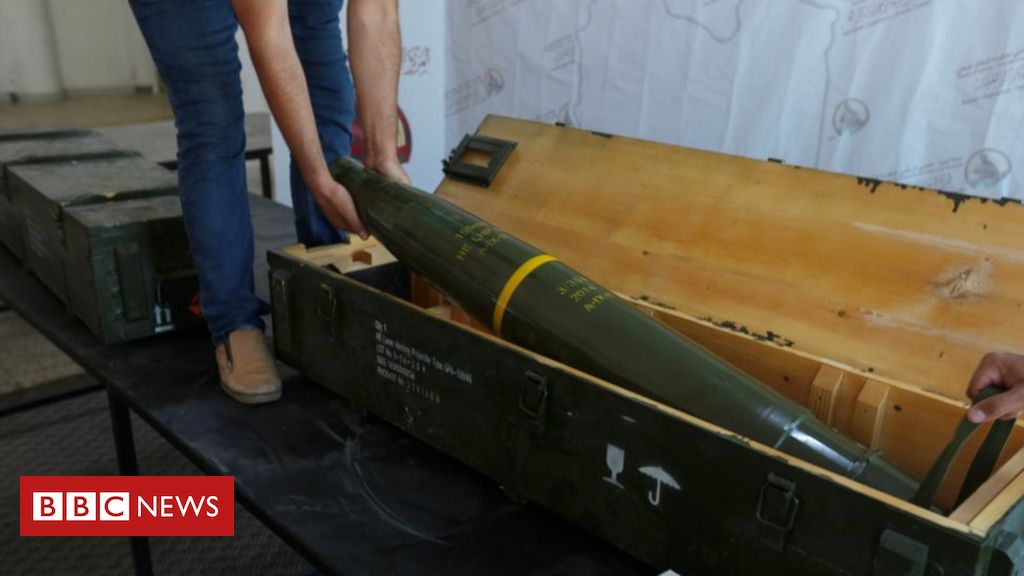 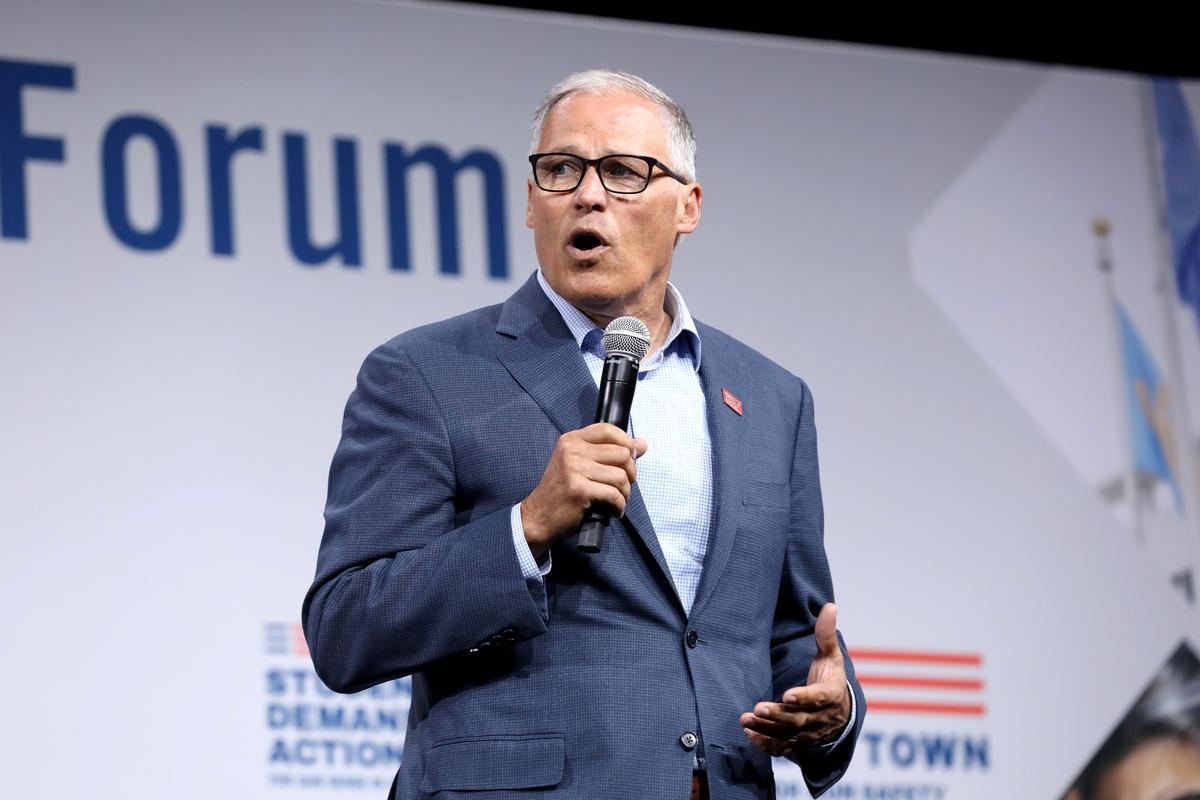 WASHINGTON (Reuters) – Washington state Governor Jay Inslee, who made the fight against climate change the focus of his White House campaign, […]