While it was an unseemly and even cruel way for Lyon’s hopes of winning the title (and perhaps reaching the Champions League) to disappear, Lille fully deserved their 3-2 win at the Groupama Stadium on Sunday night. Having gone 2-0 down after 35 minutes, it looked as if Lille’s unlikely title bid was fading, but they reacted in sublime fashion, scoring three times against the hosts – the last of these coming five minutes from time – to reassert themselves in the match and in the conversation for the Ligue 1 crown.

Lille went into the game under pressure, with both PSG and Monaco having won earlier in the weekend. While they have often relied on players who are noted as much for their youth as their talent, it wasn’t Sven Botman or Renato Sanches who made the difference on the pitch against Lyon, but 35-year-old Burak Yilmaz, who scored a scintillating free-kick on the stroke of half-time to reduce the deficit to 2-1 before setting up Jonathan David for the equaliser on the hour mark and then scoring the winner himself. Lille manager Christophe Galtier said he performed “like a locomotive – in this type of match, these are the players who make the difference.”

The Turkey international arrived at the club last summer on a free transfer, having never played outside of his homeland. He had been a prolific scorer there, but the Turkish league’s reputation as a quasi-retirement destination precedes itself, and few expected him to have the same success in France, especially coming in the wake of Loïc Rémy’s integral role to the team’s success in the past two seasons. His brace, however, sees him take over from David as the team’s top scorer, with 12 league goals in just 19 starts. His bravura approach to the game and leadership have also made him, as much as the team’s vaunted backline, a totemic figure in a season when Lille have surpassed all expectations.

But while Yilmaz, known as “Kral” (king) in his homeland for his goalscoring acumen, surely garnered most of the headlines both in France and abroad, it is Galtier who deserves more plaudits. He has enjoyed plenty of success in the past in Ligue 1, pushing two different Saint-Étienne teams to the cusp of the Champions League, and winning the manager of the year award in 2019 for his feats with Lille, but his work this season – and in this match –was simply masterful.

Lyon came out of the traps hungry, playing with the sort of desire and passion they displayed before going down to 10 men against Monaco in the Coupe de France midweek, and Lille were overrun. The hosts should have opened the scoring through Islam Slimani on 15 minutes, but the Algerian blazed over from close range before finding the net a few minutes later. Lyon quickly doubled the lead following a rare mix-up between Sven Botman and Mike Maignan, and looked to be cruising as the interval approached, a place in the Champions League again a real possibility despite the team’s myriad stumbles in recent weeks.

Domagoj Bradaric, in for Reinildo at left-back, was pinned back time and time again by Léo Dubois; Renato Sanches was regularly running into blind alleys; and the normally reliable Benjamin André had received a booking and was generally off the boil in central midfield. It was not only on the scoreboard where Lille looked under the cosh.

Yilmaz’s free-kick gave the visitors hope, but it was Galtier’s changes, in bringing Reinildo on to stem the tide and throwing on Jonathan Bamba for André in a bid to win the match (and finish with 11 men on the pitch) that showed an immense amount of gumption. These changes, as well as replacing Sanches with the more prosaic Xeka in a bid to return some of the stability lost in midfield as a result of André’s exit, underscored that a draw – while enough to keep Lille in the driver’s seat in terms of a return to the Champions League – would be insufficient for their title hopes.

Galtier is ambitious and his team have the resilience and fortitude required to take a tilt at the title – especially given that PSG are distracted by the Champions League and Monaco are still involved in the Coupe de France and yet to face a still-dangerous Lyon. A derby trip to Lens (to be played without Yilmaz, who will be suspended) will be tricky for Les Dogues but, three weeks after he handled PSG at the Parc des Princes, Galtier’s acuity again turned the tide in a crucial match. Lille may lack the raw talent of the other clubs in the title race, but their record against them (three wins and three draws) has been the difference, and it is Galtier’s inventiveness that has separated the wheat from the chaff in these encounters.

Terem Moffi scored a hat-trick for Lorient during their 4-1 win over Bordeaux on Sunday, bringing his total for the year to 14 goals. Despite being forced off through injury in last week’s defeat to Marseille, the Nigerian returned in fine fettle to help Les Merlus record a crucial win in the relegation battle. No Nigerian has scored more in the league since Victor Ikpeba in 1997-98 and, while Lorient look well positioned to beat the drop with Nîmes having lost to Lens, they may have a difficult time holding on to their star striker given his performances of late.

Another forward also came good for a Breton club this weekend, with Martin Terrier hitting a brace for Rennes. The ex-Lyon attacker has flourished since reuniting with former boss Bruno Génésio, scoring five goals and picking up three assists in his last six matches. While some had bemoaned the club cutting ties with Julien Stéphan, Rennes have surged since his departure, and the battle among them, Marseille and Lens for fifth has quietly become every bit as tight as the title race.

It wasn’t only Lorient who got among the goals this weekend – and Terrier was only part of the action as Rennes hit five past Dijon, who were officially relegated. PSG, Nice and Marseille all scored three as well. A total of 38 goals were scored this weekend across France, the most in a single round of fixtures since the 2007-08 season. Between the title race, the increasingly thrilling battle for the Europa League, and goals aplenty, there is no question that Ligue 1 remains the competition to watch in the final weeks of the season.

From floodlights in Moscow to Dion Dublin, our cartoonist thinks about happy thoughts Buy copies of David’s cartoons at our print shop […] 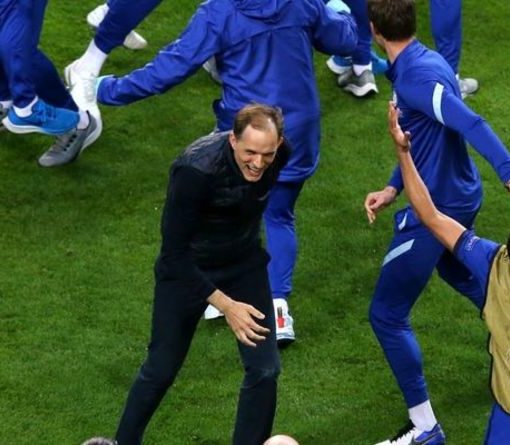 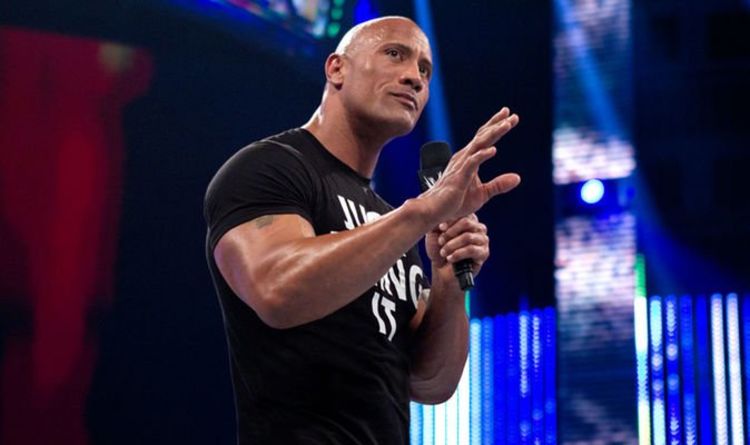 No miracles in Paris, but France were almost more impressive in winning by a more modest margin than the 31 points that […]