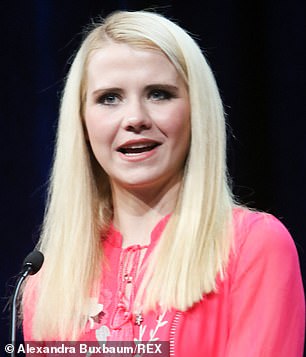 Kidnapping survivor Elizabeth Smart has opened a new center for self-defense classes for women so they’ll be better-prepared if they’re ever faced with the horrors that she’s faced.

She unveiled the new training center in Salt Lake City over the weekend.

‘It’s a little bit different than just a series of movements,’ Smart said of what’s taught at the new center. ‘It talks about situations and scenarios’ and what to do if you find yourself in them.

The center even is advertising a mother-daughter defense class that can be taken together just ahead of Mother’s Day. The cost is $50 each.

The idea for the classes came, she said, after a flight she took earlier this year during which she said she was inappropriately touched by a man in the next seat. 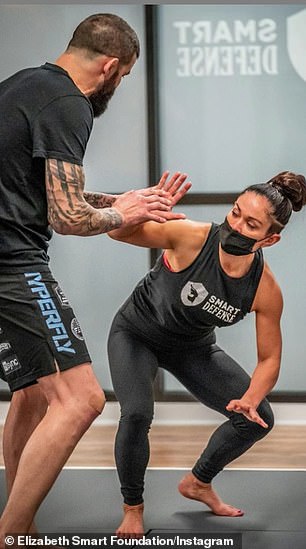 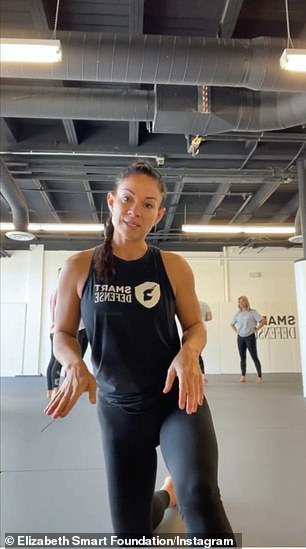 The Smart Defense classes are held at  a new facility in Salt Lake City, under the direction of mixed martial arts master Miyo Strong, right 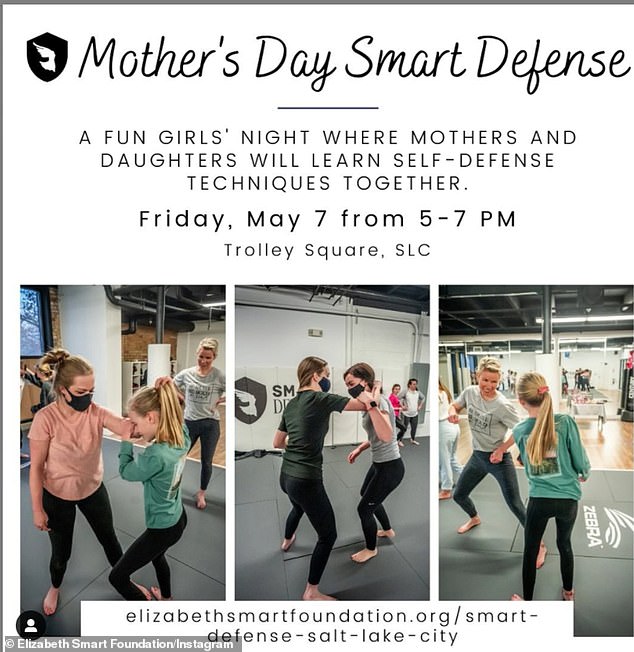 She woke up on the Delta flight to her hometown of Salt Lake in February to find the man rubbing her inner thigh.

Smart, of course, is also widely known for being horrifically kidnapped and raped as a teenager.

‘Do I have a big badge on my forehead that says ‘easy prey’ or ‘victim’?’ the 33-year-old survivor recalled telling her husband, Matthew Gilmour, in an interview on CBS This Morning earlier this year. ‘Because I’m sick of it.’

Now, she’s taken what she’s learned to instruct other women in Utah how to defend themselves against sexual assault in a new self-defense program under her organization, the Elizabeth Smart Foundation.

‘It just kind of hit me in the gut, we’re not doing enough,’ Smart, the founder of the Elizabeth Smart Foundation, told CBS Anchor Gayle King, following the incident on the Delta plane. ‘I’m not doing enough.’ 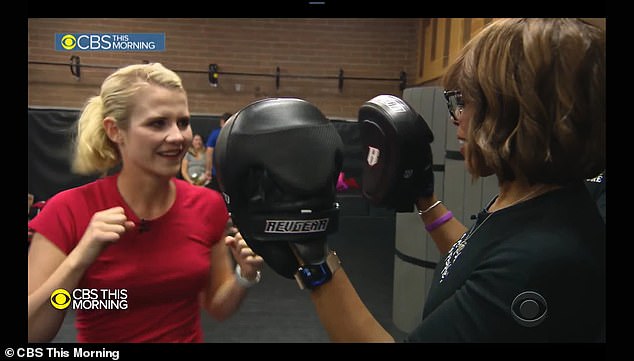 Smart founded the Smart Defense program to teach women self-defense and fend off potential attackers in February, after being assaulted on an airplane. 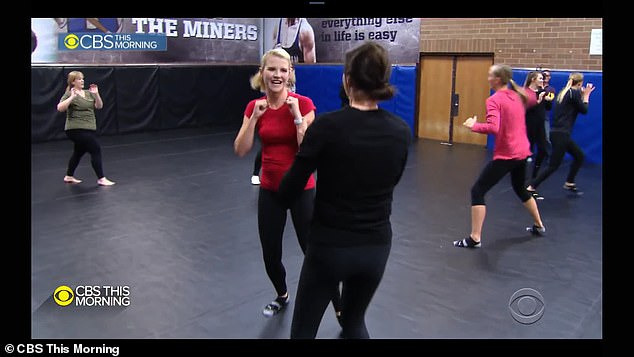 As part of the Smart Defense program, women and children learn krav maga, boxing, wrestling, Brazilian jiu-jitsu and Muay Thai kickboxing skills, under the direction of Miyo Strong and her partner Jason South.

The students also learn about the warning signs of sexual assault, through a partnership with the Utah Coalition Against Sexual Assault and the Rape Recovery Center.

The program was developed with the help of local law enforcement and experts in martial arts. It is now being offered in Salt Lake City, St. George and Riverton, Utah.

‘This is a tool that, hopefully, you can take and you can train and practice it everyday,’ Strong said in an interview with Fox 13, ‘ so that should you ever find yourself in that situation, which I hope no one ever does, then it is an option for you.’

The classes may not have prevented Smart from being kidnapped when she was 14, she said, but could provide victims with ‘an opportunity to get away.’

If she had this training when she was younger, she said, ‘I think I would’ve had the confidence to try’ getting away from her captors as they marched her three miles from her home to a make-shift campsite they built. 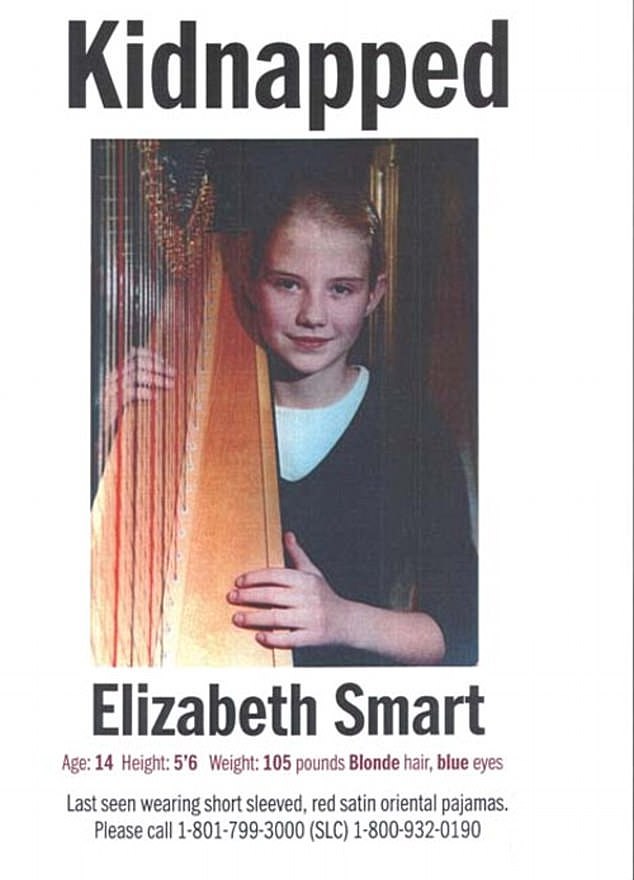 Smart was kidnapped from her home when she was 14, and spent nine months in captivity. 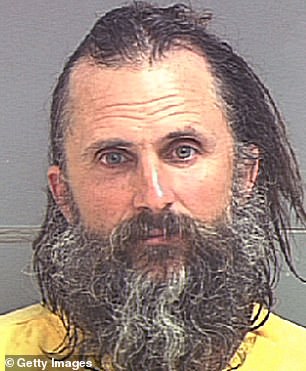 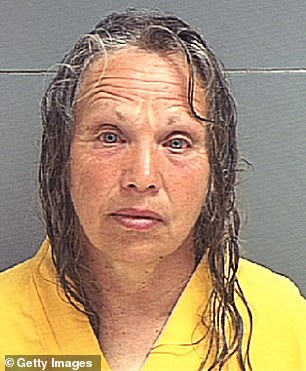 Brian David Mitchell, left, is now serving a life sentence for the kidnapping and abuse, while Wanda Barzee, right, was released from prison in 2018, and is now living in the same town as Smart.

Smart was sleeping in her bedroom in Salt Lake City in June 2002 and woke up to Brian David Mitchell, a handyman her family had used to rake leaves and repair their roof, standing over her, pressing a knife to her throat.

He and his wife, Wanda Barzee, then marched Smart to the campsite they built, while she was still in her red, silk pajamas.

Once they got to the campsite, Smart later recalled, Mitchell performed a mock wedding ceremony for him and her, and Smart spent the next nine months in captivity.

During that time, Smart said, she was starved, tied up with steel cables and kept in a dugout filled with mice and spiders.

She was forced to take drugs and drink alcohol, she testified in 2009, and was raped daily — as often as four times a day.

After the first time, Smart recounted in her book ‘My Story,’ she wondered whether her family would even want her back, if Mitchell had damaged her.

Her family, meanwhile, offered a $250,000 reward for any information about their daughter. 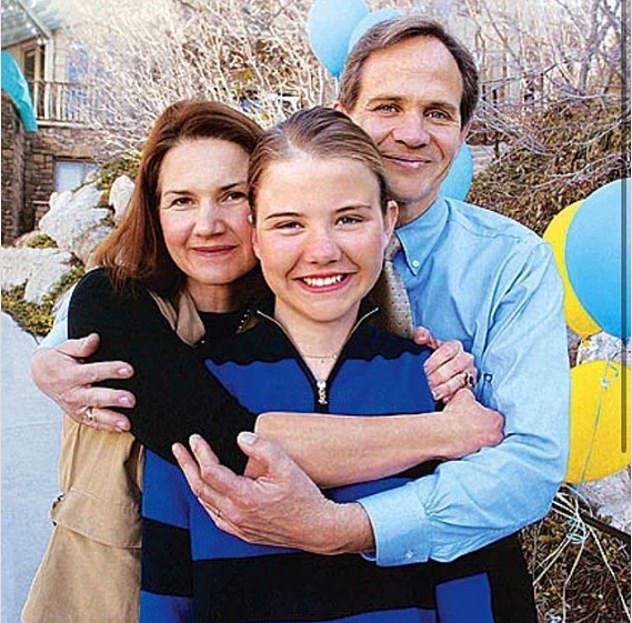 Smart’s parents, Lois and Ed, offered a $250,000 reward for any information about her whereabouts. The family was reunited in March 2003. Elizabeth Smart enjoys some time on horseback with her own family

Smart’s nightmare ended in March 2003, when Mitchell took her on a supply run to a Walmart in Sandy, Utah, where a shopper recognized Mitchell from ‘America’s Most Wanted’ and called the police.

Mitchell was convicted for the kidnapping and abuse in 2010, and is now serving a life sentence in prison, while Barzee was released in 2018, after 15 years, and is now living in the same town as Smart, despite her protests.

Smart has since founded the Elizabeth Smart Foundation to raise awareness of and fight sexual abuse.

The goal of the new Smart Defense program, Smart said, is for the women to walk away feeling empowered.

‘I hope they realize how strong they really are,’ Smart said on April 24, after opening a training center at Trolley Square in Salt Lake Center. ‘ I mean we had a room full of people today, and every single person in this room is stronger than they think they are.

The classes are taught in both individual and group settings, and cost $300 for a four of eight-week course. 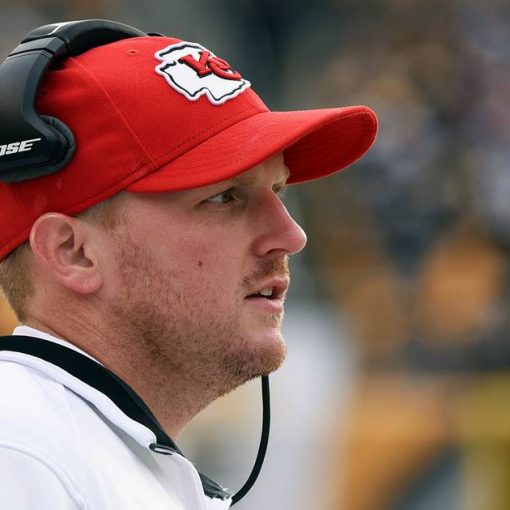 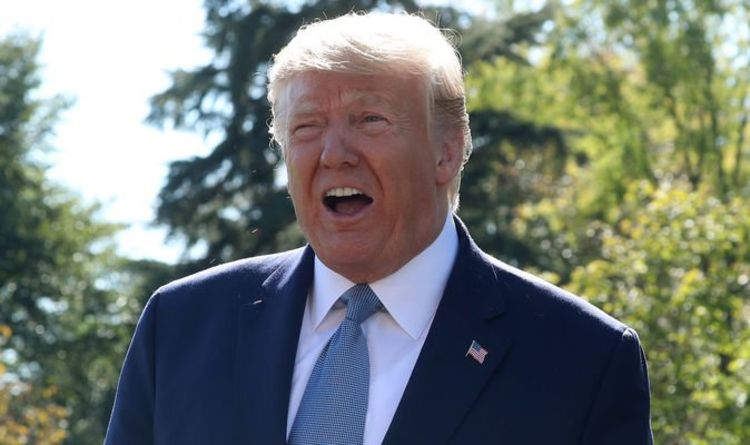 Referencing a claim the President used during his 2016 election campaign, Trump’s attorney, William Consovoy, agreed with the analogy that his client […] 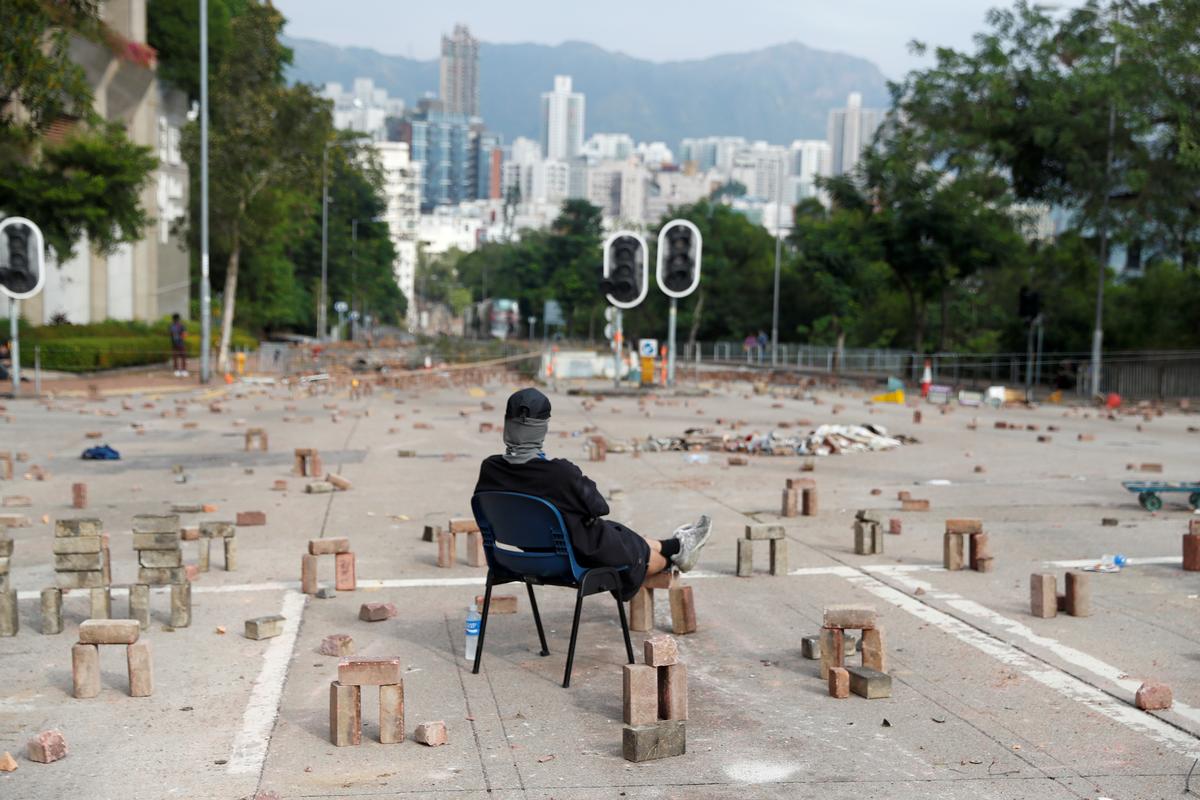 HONG KONG (Reuters) – A flash mob sprang up in the heart of Hong Kong’s financial center on Tuesday, hours after police […] 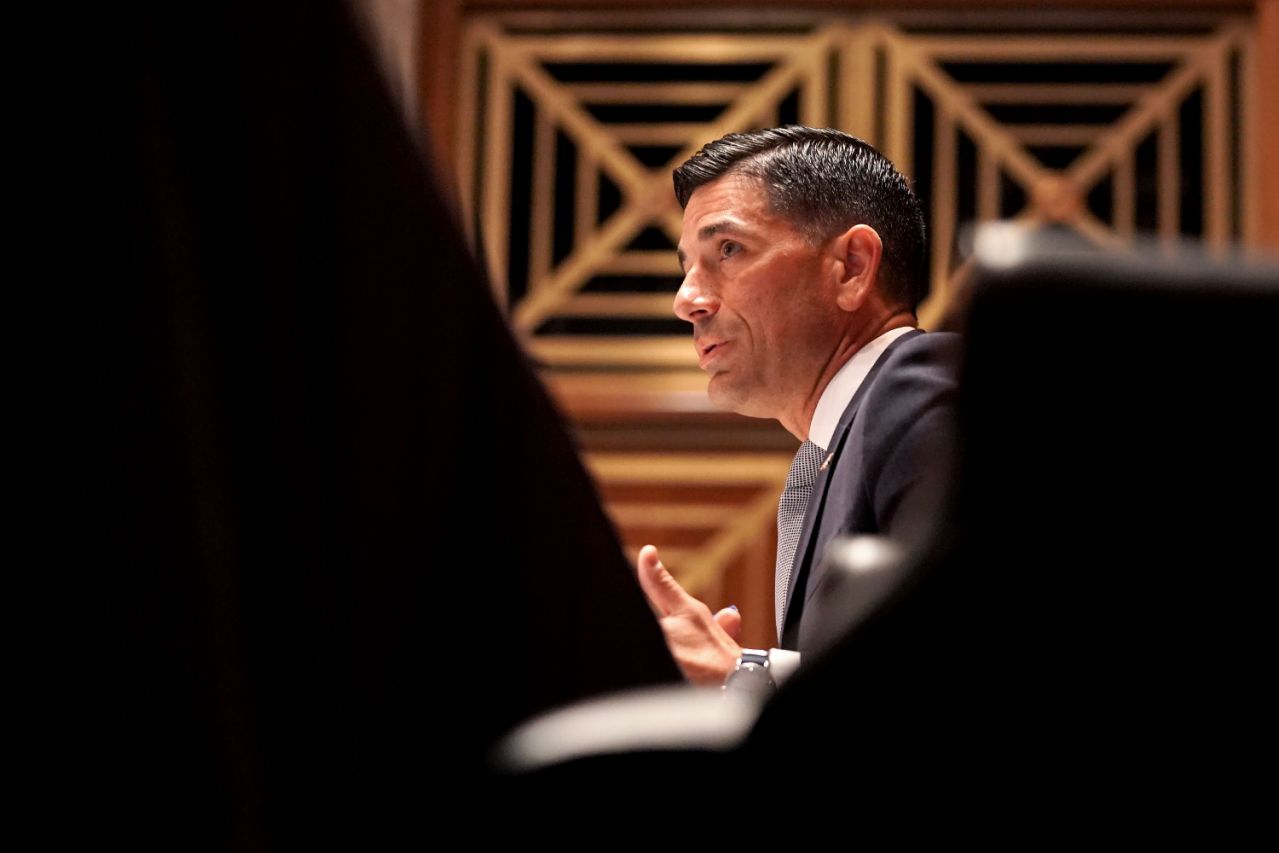