Before the collapse of the Soviet Union in the early 1990s, Cuba was receiving subsidies worth $4 billion-$6 billion a year.

The United States pays Cuba approximately $4,085 a year to lease the 45 square miles that the Guantánamo Bay Naval Station occupies. Cuba has not accepted the payment since 1959.

1492 – Explorer Christopher Columbus lands on the island of Cuba and claims it for Spain. Spain controls the island until 1898, making it a hub for the slave trade and the export of sugar and coffee.

1898 – The United States assists Cubans in winning independence from Spain during the Spanish-American War. The Treaty of Paris gives the United States temporary control of Cuba.

1903 – The new Republic of Cuba leases 45 square miles of land in Guantánamo Bay to the United States for construction of a naval station. Building on the naval station begins that same year.

1952 – Former President Fulgencio Batista stages a coup with the support of the army, and assumes power.

July 26, 1953 – Fidel Castro and approximately 150 others attack the Moncada military barracks in Santiago de Cuba in an unsuccessful attempt to overthrow the Batista regime.

May 15, 1955 – Castro and his brother, Raul, are released as part of a general amnesty for political prisoners.

December 2, 1956 – Eighty-two exiles land in Cuba, on a yacht named Granma. Most are killed immediately. The survivors, including the Castros, flee to the Sierra Maestra Mountains. During 1957-1958, they wage a guerrilla campaign from this base, which includes skirmishes with government troops and burning sugar crops.

1960 – Cuba nationalizes approximately $1 billion of US-owned property on the island. In response, the United States places a trade embargo on Cuba.

1977 – The US Interests Section in Havana is opened.

April-September 1980 – Fidel Castro allows anyone who wants to leave Cuba to freely depart from the port of Mariel. Approximately 124,000 Cuban migrants enter the United States.

October 1983 – US troops invade the Caribbean island of Grenada, after a group of military officers aligned with Cuba stage a coup.

September 1998 – Ten people are arrested in Florida and charged with spying for the Cuban government. The criminal complaint alleges the eight men and two women tried to infiltrate Cuban exile groups and US military installations. Five of the defendants are later identified as Cuban intelligence officers Ruben Campa (aka Fernando Gonzalez), Rene Gonzalez, Gerardo Hernandez, Luis Medina (aka Ramon Labanino) and Antonio Guerrero.

November 1999 – Five-year-old Elian Gonzalez is found in the water between Cuba and Florida, the only survivor of a group attempting to reach the United States by boat. A long custody battle between Gonzalez’ father in Cuba and relatives in Florida strains relations between Cuba and the United States. The standoff ends with US federal agents forcibly removing the boy from his great-uncle’s home. Gonzalez and his father return to Cuba in June 2000.
June 9, 2001- The five Cuban agents are convicted of spying against the United States. Additionally, Hernandez is convicted of contributing to the deaths of four members of the anti-Castro group Brothers to the Rescue, shot down by Cuban fighter jets in 1996.
2002 – Former US President Jimmy Carter visits Cuba, the first former or sitting president to visit since 1928.

August 2005 – The 11th Circuit Court of Appeals in Atlanta overturns the spying convictions of the Cuban Five. The ruling is reversed in August 2006.

July 31, 2006 – A statement read on Cuban TV announces that Fidel Castro is undergoing intestinal surgery and has provisionally handed over power to his younger brother, Raul.

February 19, 2008 – Due to ailing health, Fidel Castro announces his resignation as president in a letter published in the middle of the night in the online version of Cuba’s state-run newspaper, Granma.

February 24, 2008 – Raul Castro is chosen by Cuba’s National Assembly to be the country’s new president.

December 2009 – American Alan Gross is jailed while working as a subcontractor on a US Agency for International Development project aimed at spreading democracy. His actions are deemed illegal by Cuban authorities. He is accused of trying to set up illegal internet connections on the island. Gross says he was trying to help connect the Jewish community to the internet and was not a threat to the government.

October 2011 – Gonzalez, a member of the Cuban Five, is released on probation after serving 13 years in prison.

February 24, 2013 – Raul Castro is reelected to a second five-year term. Later during a nationally televised speech, Castro announces that he will step down from power in 2018 when his term is over.

February 2014 – A Cuban Five member Ruben Campa (aka Fernando Gonzalez) is released from prison after serving more than 15 years.

December 17, 2014 – Cuba releases American contractor Alan Gross as a “humanitarian” gesture after five years in prison. As part of a deal between the United States and Cuba, the United States releases three Cuban intelligence agents convicted of espionage in 2001; in return, Cuba frees an unidentified US intelligence source who has been jailed in Cuba for more than 20 years.
December 17, 2014 – US President Barack Obama announces plans to immediately begin discussions with Cuba to reestablish diplomatic relations, and that the United States will reopen an embassy in Havana. The administration will also allow some travel and trade that had been banned under a decades-long embargo instated during the Kennedy administration.
January 12, 2015 – Cuba has released a total of 53 political prisoners as part of its rapprochement deal with the United States, according to a US official.
January 15, 2015 – The Obama Administration announces details of the softened travel regulations: Cuban Americans visiting family, US officials on government trips, journalists on assignment and regular citizens visiting for educational, cultural or religious reasons will no longer need permission first. Americans will also be able to use credit cards, a prior restriction.
January 22, 2015 – During a historic round of diplomatic talks between the United States and Cuba, the Cuban delegation expresses “serious concerns” about the United States and human rights, citing detentions in Guantanamo Bay, “police abuse” in Ferguson, Missouri and New York, and racial and gender inequalities.
January 26, 2015 – Fidel Castro writes that although he “doesn’t trust US policies and have not exchanged a word with them, this does not mean however that I would oppose a peaceful solution to conflicts or threats of war.”

April 11, 2015 – Ending a decades-long standstill in US-Cuba relations, President Raul Castro meets for an hour during the Summit of the Americas with Obama, the first time the two nations’ top leaders have sat down for substantive talks in more than 50 years.

April 14, 2015 – Obama recommends that Cuba be removed from the US government’s list of state sponsors of terrorism.

January 12, 2016 – The first group of Cuban migrants leaves Costa Rica for El Salvador on their way to Mexico. Once in Mexico, the migrants are on their own to attempt passage to the United States.

February 18, 2016 – Obama announces on Twitter that he will visit Cuba in March, becoming the first sitting US president to visit Cuba in 88 years.

March 15, 2016 – The US Treasury Department announces a further loosening of restrictions, which includes allowing US travelers to engage in individual educational tours of Cuba. Effective on March 16, Cuba and the United States will resume postal service, nearly five decades after direct mail service was interrupted.

March 20, 2016 – Obama arrives in Cuba, beginning a historic two-day visit to the island that includes meetings with Raul Castro and anti-government dissidents.
May 1, 2016 – For the first time in decades, a US cruise ship sets sail for Cuba as salsa music plays and protesters picket nearby.
June 10, 2016 – The Department of Transportation approves American Airlines, Frontier Airlines, JetBlue Airways, Silver Airways, Southwest Airlines and Sun Country Airlines to offer flights between the United States and Cuba.

August 31, 2016 – The first direct US commercial flight from Fort Lauderdale, Florida, to Cuba touches down in Santa Clara. JetBlue Flight 387 is the first in more than 50 years to carry passengers to the island since Obama’s announcement to reengage with Cuba.

November 30, 2016 – The ashes of former leader Fidel Castro are carried from the capital, Havana, to Santiago, the birthplace of his revolution. It is the start of a journey that reverses the route Castro took across the island after seizing power in 1959.
January 12, 2017 – Obama announces he is ending the longstanding “wet foot, dry foot” policy that allows Cubans who arrive in the United States without a visa to become permanent residents.
September 29, 2017 – The US State Department orders families and nonessential personnel out of Cuba after a review of US diplomats’ safety following a series of sonic attacks that began in November 2016.
November 8, 2017 – The Treasury Department announces new sanctions and travel restrictions on Cuba to take effect November 9.
March 19, 2018 – Miguel Díaz-Canel is officially named as the new leader of Cuba, one day after a secret vote in the country’s National Assembly. Díaz-Canel, 57, was selected by a vote of 603-1 as the unopposed candidate to replace Raul Castro. This is the first time in nearly six decades that Cuba is being led by a man not named Castro.
July 23, 2018 – Cuba’s National Assembly endorses a draft of a new constitution, according to Granma, the official newspaper of Cuba’s Communist Party. Changes include allowing a path to the legalization of same-sex marriage. The draft must pass through a popular vote to become law.
February 24, 2019 – Cubans vote in favor of approving a new constitution. The new document replaces the 1976 Soviet-era charter enacted under. It protects private property and foreign investment, and for the first time places two five-year terms on the office of the presidency. However, following a backlash by conservative religious groups, the government backs off from language that would have legalized same-sex marriage in the constitution.
June 4, 2019 – The US announces major new restrictions on US citizens traveling to Cuba, blocking the most common way Americans are able to visit the island — through organized tour groups that license US citizens to travel automatically — and banning US cruise ships from stopping in the country.

October 11, 2019 – Cuba’s National Assembly reappoints Diaz-Canel to serve as president. The five-year term holds the possibility of renewal for an additional five years. He is expected to name a prime minister, a newly created position meant to run the day-to-day governance under the new constitution.

December 21, 2019 – Former Cuban Tourism Minister Manuel Marrero Cruz is named the country’s prime minister. He’s the first person to hold the position in 43 years.
January 11, 2021 – Secretary of State Mike Pompeo announces the Trump administration has designated Cuba a state sponsor of terrorism, reversing an Obama-era decision to remove the label.
April 16, 2021 – Castro announces he is stepping down as head of Cuba’s communist party.
April 19, 2021 – Diaz-Canel is selected to the position of First Secretary.
source: cnn.com 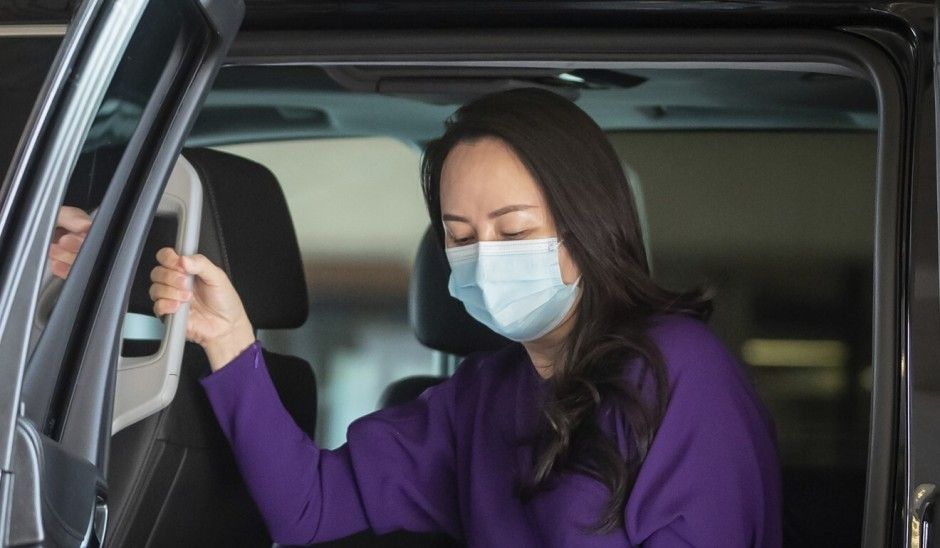 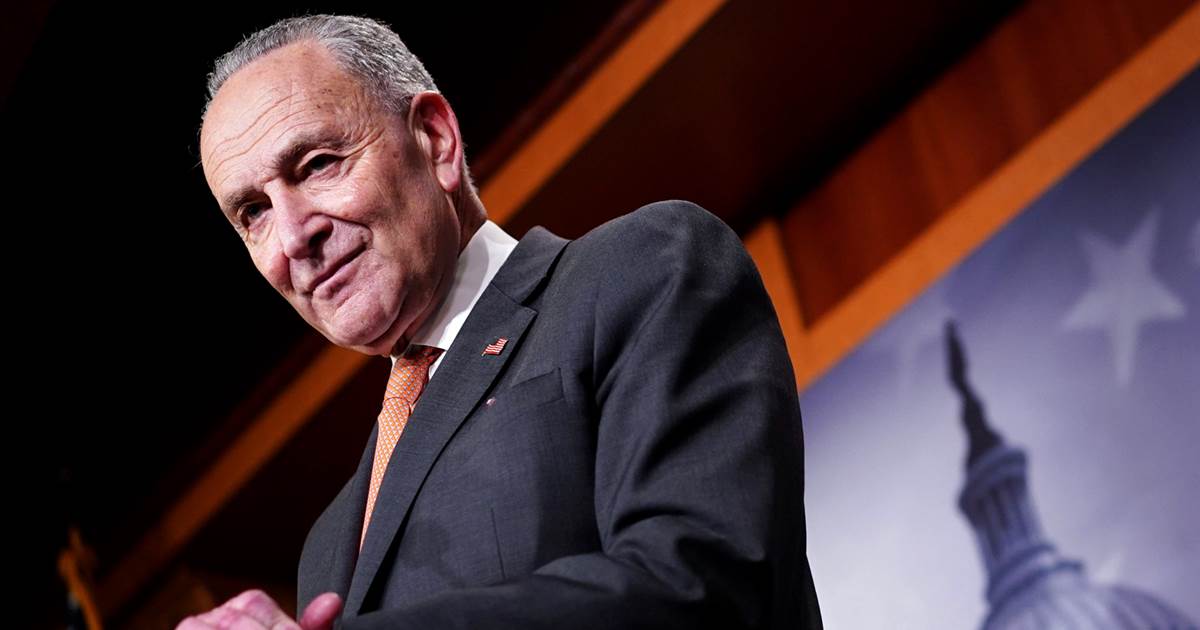 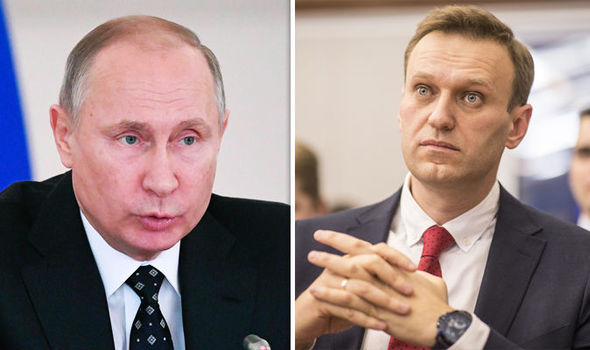 BOSTON (Reuters) – A decade ago, Kentucky’s Anderson Manufacturing was a small machine shop that didn’t make firearms. By 2016, it was […]