Nurses offering a jab of Botox to the bladder, and special clinics dedicated to embarrassing leaks, are needed to tackle one of Britain’s most urgent health crises, say experts in the field.

Botox, better known as a wrinkle-busting injection for the face, stops random bladder muscle contractions that can cause leaks in up to nine in ten cases, and is highly effective at doing so.

But it is currently offered to only 100 or so patients every year – in hospital and usually under general anaesthetic.

A group of the UK’s top specialists say this is just one of a host of therapies patients are missing out on, unnecessarily, because of a dearth of day-care clinics.

These recommendations are part of a 56-page document, seen exclusively by The Mail on Sunday, which details the shocking failure of services across the country to treat the millions of Britons who live with the condition. According to the report by the Pelvic Floor Society, a body made up of bladder and bowel specialists, some incontinence sufferers wait a decade for even a diagnosis.

Experts estimate some treatments, such as electrical stimulation devices that target the nerves in the bladder and bowel, are offered to just one per cent of sufferers.

Professor Charles Knowles, a colorectal surgeon at Queen Mary University of London and lead author of the report, says: ‘It’s enough of a challenge getting these patients to seek help in the first place, due to embarrassment.

‘But if they do get referred for treatment, they are often stuck at the bottom of a list behind cancer patients.’ 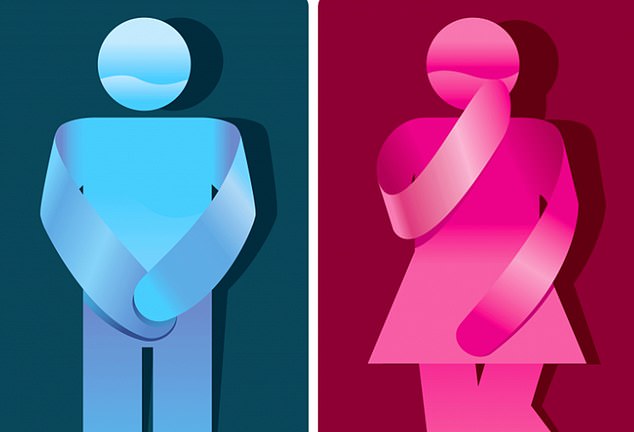 It’s estimated that 40 per cent of women will suffer incontinence – mostly the urinary type – in their lifetime, as will one in ten men.

Fear and embarrassment stop many leaving the house, dramatically limiting their quality of life.

Urinary incontinence has numerous causes, but is generally due to problems with the muscles around the bladder involved with the release of fluid from the body.

Have you been waiting too long for treatment for embarrassing leaks?

Tell us at [email protected]

In up to 90 per cent of cases, the problem is what’s called urge incontinence, where patients struggle to hold on and have to rush to the loo several times a day.

There are a number of treatments offered by GPs, most of which involve lifestyle changes or physiotherapy guiding patients through pelvic-floor exercises to strengthen the affected muscles. But for the five million with urge incontinence, these rarely work.

When the problem continues, it is often referred to by doctors as overactive bladder syndrome.

Drugs, called anticholinergics, can be prescribed, but they often cause side effects, including forgetfulness and severe drowsiness. Other drugs, such as mirabegron, sometimes cause dizziness and nausea. And for about a third of patients, these treatments fail.

Read watch and do

This book arms parents with the tools to protect kids against unrealistic body ideals, with practical tips to foster body confidence, and diet myth-busting. 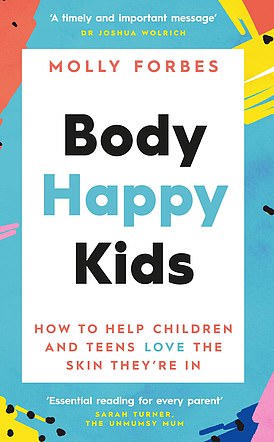 The Secret Lives Of Slim People

We all know those annoying people who stay trim no matter what they eat. Here, with the help of private detectives and hidden cameras, their secrets are revealed once and for all…

Go for a dip 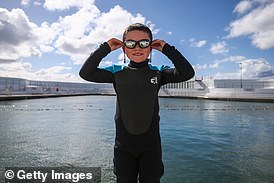 If you haven’t already taken advantage of the reopening of swimming pools, journey to one of the UK’s most striking lidos which dates back to 1935 and offers spectacular views over Cornwall’s Battery Rocks.

Jubilee Pool, Penzance, from £4.25 per adult

Botox in the bladder is highly successful, reducing incontinence in three-quarters of patients, with effects lasting for up to a year before a top-up is needed.

According to the report, in the majority of cases, patients must go into hospital for a full procedure, involving general anaesthetic or sedation. They must also wait for an available specialist, usually a urologist, who can perform it, which can take years.

During the operation, a patient lies with legs raised as a thin metal tube is inserted through the urethra and into the bladder, with a camera attached to it. Through this tube, doctors inject Botox into ten to 15 sites in the bladder.

Botox contains a medical form of botulinum toxin, the chemical produced by the bacteria that causes botulism food poisoning. It temporarily paralyses muscles, reducing spasms that cause leaks.

Experts say the process could be made smoother by performing the procedure in an outpatient clinic, by a specialist nurse, using local anaesthetic and slightly different equipment. This includes a flexible plastic tube, rather than a stiff metal one, making it easier to access hard-to-reach parts of the bladder. The process could be over within an hour.

This includes implanting sacral nerve stimulators, which work by sending electrical pulses to nerves in the tailbone, regulating the bladder or bowel muscles.

Specialists at the Bristol Urological Institute are already trialling this at a day clinic, with promising results. Prof Knowles says a handful of NHS centres are beginning to adopt some of the changes featured in the report.

One patient who feels failed by the current lack of incontinence care in the UK is 58 year-old Della Rogers, from Norwich.

The former radiology assistant waited four years before getting treatment for faecal incontinence. The problem began in 2015, following an operation on her back passage to repair injuries sustained in childbirth.

‘I just couldn’t hold on. I’d have an accident once a day if I was out. I was so ashamed so I refused to talk to anyone about it.’

After bowel experts at the Norfolk & Norwich Hospital sent her off with Imodium and told her to make dietary changes, eventually in 2018 she was referred to colorectal experts at Addenbrooke’s Hospital in Cambridge, who offered a sacral nerve stimulation implant.

Even so, it would be nearly a year before she had the procedure.

Having finally had the implant fitted in late 2019, Della says her life is ‘miles better’.

‘I rarely have accidents now,’ she says. ‘It gives me warning signs before I have to go. It’s an absolutely amazing thing and it’s given me my life back.’ 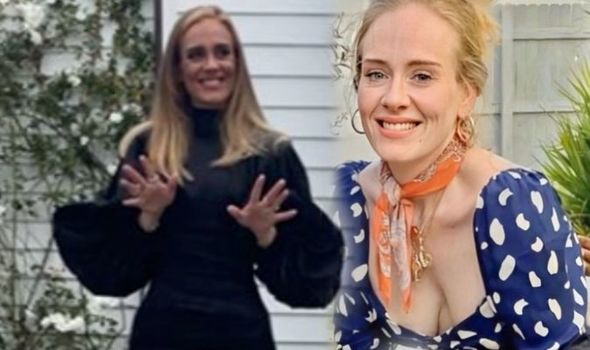 ADELE’s weight loss has shocked many fans. The singer is said to have lost seven stone, and it is reported a certain […] 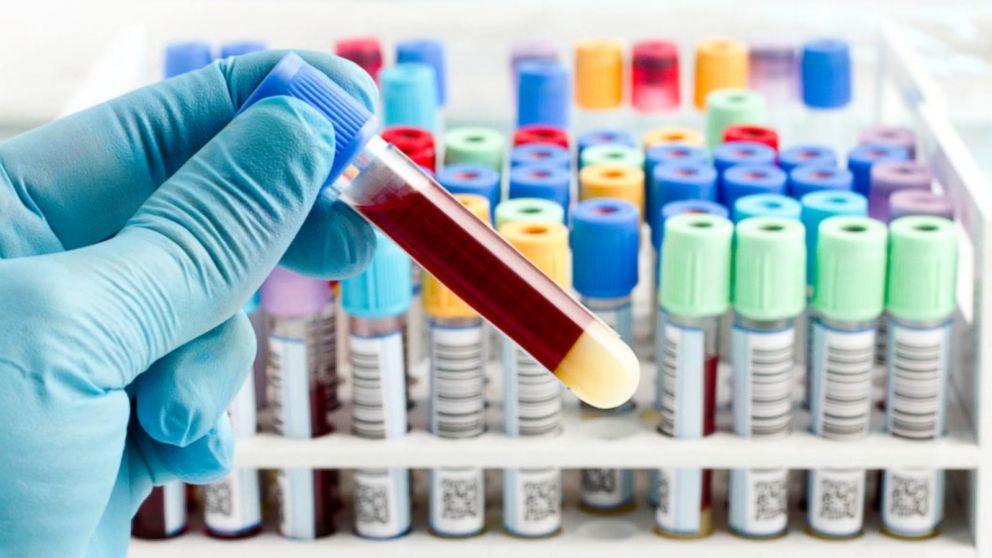 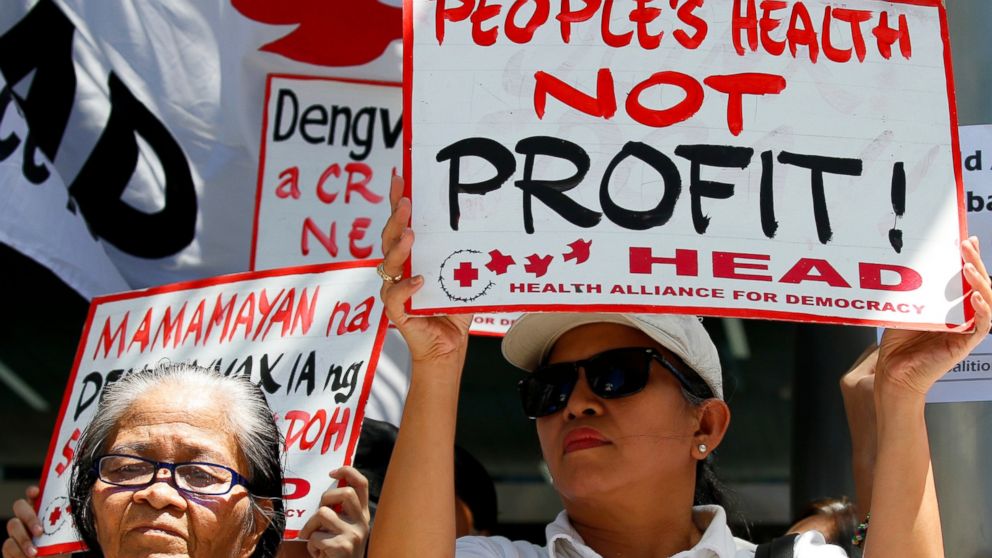