Perhaps Pep Guardiola just ought to keep the trophy. His owners at Manchester City do not seem too bothered about the Carabao Cup; they would happily ditch it in the pursuit of a European Super League, of more money and action on the continent. But Guardiola keeps on winning it.

It is almost ridiculous to report that the City manager has only ever lost one tie in the competition – to Manchester United in 2016-17; his first season at the club. Since then he has won it every time, this his fourth successive triumph to equal the run of Liverpool in the early 1980s.

Inspired by the gliding menace of Riyad Mahrez and the touch and explosiveness of Phil Foden, City had far too much for Tottenham, whose fantasy of winning a first trophy since 2008 under the 29-year-old interim manager, Ryan Mason, was exposed to be nothing more than that.

The Harry Kane team had Harry Kane on the field, after he declared himself fit in the morning, following his latest bout of ankle trouble, but he ended the day still seeking his first silverware; a disconsolate figure to go with all of the others in Spurs colours. Son Heung-min sank to his haunches, covering his eyes with his hand.

The week that had begun with José Mourinho’s sacking did not end as hoped for but Spurs could have no complaints. City’s dominance of the first-half was absolute and, although a cup tie threatened to break out in the second period, Guardiola’s team won it at the end when Aymeric Laporte glanced home from a Kevin De Bruyne free-kick. With the Premier League title almost in the bag and a Champions League semi-final looming against Paris St-Germain, City believe that the treble is on.

Spurs had joined City in the rush to embrace more lucrative European adventures but it is worth making the point that everybody else still cares; the managers, the players and, not least the fans, 2,000 of which from each side were allowed into Wembley along with 4,000 key workers.

After the week that was, sullied by the behaviour of the clubs that wanted to break away into the Super League, to protect themselves and damn the others, it was lovely to see the supporters back, even in relatively small numbers; to feel that communal surge. They made a disproportionate amount of noise. The atmosphere was good.

City poured forward from all angles from the first whistle, pressing high, dictating and it was difficult to imagine a more intimidating baptism for Mason. Spurs did not cross halfway until the 17th minute and, by then, City ought to have been in front, with their best chance coming when Foden crossed low and Sterling, in yards of space, turned and shot. Toby Alderweireld made a vital block.

Guardiola started without a recognised striker but with the fit-again De Bruyne and Foden in the attacking roles in what was broadly a 4-4-2. Raheem Sterling flitted with menace from the left, Ilkay Gündogan roamed and Joâo Cancelo stepped into central midfield from left-back.

The tone had been set in the fourth minute when Son played a loose back pass which allowed Sterling to tear into the Spurs area, Serge Aurier doing enough to put him off, and the first half was all about City’s cut and thrust, their intuitive movement, the twinkle-toes of their attacking players. How Spurs made it to half-time on level terms was a minor miracle. Apart from a couple of bursts by Lucas Moura, which were cynically halted by Laporte – the second of which earned the City defender a booking – they were in self-preservation mode.

Foden flicked wide and Sterling headed off target. The big moment of the first half was on 26 minutes when Mahrez intercepted an Eric Dier pass and released De Bruyne, whose cross was cut out by Alderweireld but only for Foden, who banged a shot at goal. Alderweireld deflected it against the post and out for a corner.

City had plenty of other opportunities before the interval, as Spurs lived on the end of their nerves. Sterling dinked wide; Mahrez flashed a drive inches past the far post after a glorious Cancelo crossfield pass; Sterling could not stretch to reach a De Bruyne ball over the top and Cancelo extended Hugo Lloris.

What a week it has been for Spurs. Not only was Mourinho removed but the Supporters’ Trust declared, overwhelmingly, that they want the board to go, too. Could the team rally?

They showed signs of confidence on the ball upon the second-half restart, with Giovani Lo Celso forcing Zack Steffen to tip away his low curler and Kane starting to pick up possession, to find spaces in the pocket. Kane drove on 62 minutes, playing in Pierre-Emile Højbjerg, whose pass for the overlapping Sergio Reguilón was too heavy but it was better.

They managed to check City’s momentum and, certainly, Guardiola’s players dropped in intensity. There were stray passes from them. That said, they still flickered as an attacking force. Sterling teed up Gündogan, who miscued the finish, while Mahrez worked Lloris after gliding inside.

City needed to summon a final push and the catalyst for them was Aurier’s needless foul on Sterling. De Bruyne whipped over the free-kick from the left and the Spurs substitute, Moussa Sissoko, did not seem to be aware of Laporte’s run until it was too late. Laporte’s header picked out the corner. 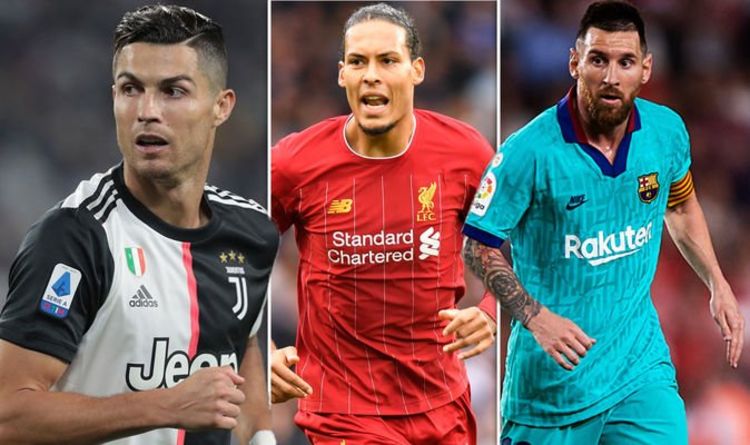 An international field assembles for the big race on Royal Ascot’s closing card, the Diamond Jubilee Stakes, in which Blue Point tries […]