The nation’s vaccine supply got a boost on Friday when the US Centers for Disease Control and Prevention and the US Food and Drug Administration lifted their recommended pause on Johnson & Johnson’s vaccine and said the label will be updated to warn of blood clot risks. The US has more than 9 million doses of that vaccine ready to be administered, CNN has learned.

But there are concerns that the nearly two-week halt on the use of Johnson & Johnson’s one-shot vaccine, which has particular advantages for rural areas because it can be kept at warmer temperatures than the Moderna and Pfizer vaccines, will make Americans skittish about taking it. And the hurdles that lie ahead for President Joe Biden in persuading Americans who did not vote for him to take the vaccine are coming into sharper focus as resistance among Republicans, White evangelicals and rural voters persists even though vaccines are now widely available.

The average daily number of vaccines has now fallen below 3 million, down from a high of nearly 3.4 million daily shots, according to CDC data, a slump that administration officials have attributed to vaccine hesitancy. Scientists estimate that achieving herd immunity would require between 70% and 85% of the US population to be vaccinated, but substantial numbers of Americans still say they either have little motivation to get the vaccine or no interest in getting it at all. Chris Murray, a global health professor at the University of Washington’s Institute of Health Metrics and Evaluation, told CNN’s Anderson Cooper on Friday that confidence in vaccines began to dip in February in survey data that they are tracking.

A Monmouth poll this month showed that only 36% of Republicans said they had received at least one shot of the vaccine — compared with 67% of Democrats and 47% of independents — and a stunning 43% of Republicans said they would likely never get the vaccine. Surveys by the Kaiser Family Foundation have shown persistent resistance in rural America, where 3 in 10 residents said they will “definitely not” receive a Covid-19 vaccine or will do so only if required, a higher percentage than in suburban or urban areas. The military is seeing a vaccine surplus as the acceptance rate plateaus at some bases and drops at others. And a recent New York Times analysis showed that vaccination rates are lower in counties where a majority voted for former President Donald Trump.

Dr. Rochelle Walensky, the director of the CDC, addressed the problem Friday during a briefing by the White House Covid-19 response team, where she highlighted a CDC map showing vaccine coverage across the country by county in 48 states.

“Looking county by county, there are some unsettling gaps in our coverage,” Walensky said. “Because this virus is an opportunist, we anticipate that the areas of lightest vaccine coverage now might be where the virus strikes next.”

She added that with only modest protection for the oldest people within the US population, “many more deaths” could ensue. (Though nationally 66% of the 65-and-older population is now fully vaccinated, Walensky noted that the vaccination rate of that age group in some US counties is less than 47%).

Jeff Zients, the White House Covid-19 response coordinator, once again touted the fact that the US had administered 200 million shots in less than 100 days of the Biden administration, but he acknowledged that they expect vaccination rates to “moderate and fluctuate” in the coming days.

“We’ve gotten vaccinations to the most at-risk and those most eager to get vaccinated as quickly as possible, and we will continue those efforts,” Zients said Friday. “But we know reaching other populations will take time and focus.”

Biden on Wednesday urged businesses to give their employees paid time off to get vaccinated, announcing a new tax credit to fully offset the cost for small businesses and nonprofits providing paid leave for employees to get vaccinated. But that addresses only one reason that some Americans are reticent to get the shots.

Concerns about the J&J pause and vaccine skepticism

In the short term, one critical test will be whether the pause for the Johnson & Johnson vaccine has affected Americans’ willingness to take it. The FDA will update the vaccine’s label to note the risk of the rare blood clotting disorder, especially to women under the age of 50.

Walensky said Friday during a joint news conference by the CDC and the FDA that government officials must now do “extraordinary outreach” to clinicians and public health officials, followed by patients, “to meet people where they’re at, to educate them.” She said that based on an in-depth analysis, there is “likely an association” with the rare blood-clotting condition, but the “risk is very low.” Overall, she said there were about 1.9 cases per million people, and in women 18 to 49 years old, there were 7 cases per million.

“Overall, I actually think that this pause conveyed that we are taking every one of these needles in haystacks that we find seriously,” she said, “that we’re really examining, scrutinizing the data that we’re seeing.”

But Dr. Paul Offit, the director of the Vaccine Education Center at Children’s Hospital of Philadelphia, noted that the abrupt pause — and the CDC advisory board’s failure to make a decision on the future of that vaccine at its meeting a week ago — has raised the level of alarm among some Americans.

During the pause, he argued that officials did not do enough to explain the relative risk of taking the vaccine and developing the blood clot side effect compared with the risk of contracting Covid-19, since he noted that roughly 5,000 of every million people infected with Covid-19 will die and many more will face permanent damage.

“The American public should understand that there is a risk, but it’s an exceedingly rare risk,” Offit, a member of the FDA’s vaccine advisory committee, told CNN’s John King on Friday. “By basically putting a scarlet letter on this vaccine, by scaring people about this vaccine, by not really trusting them to understand the concept of relative risk, we may have done more harm than good, and there are people now who won’t get a vaccine because this is the vaccine they would have gotten.”

Offit added that if the US cannot get at least 80% of the population immune, either by natural infection or immunization, “then heading into winter, we’re going to have a problem,” because variants will continue to spread and make it much harder to squelch the virus.

Steep hurdles ahead within the GOP

Sen. Ron Johnson of Wisconsin, a Republican who is closely allied with Trump, showed the risks of the counter-narrative on vaccines during a Thursday interview with conservative radio host Vicki McKenna by seeming to ignore the potential potency of variants to keep the coronavirus circulating for months to come if more Americans do not get vaccinated.

“The science tells us that vaccines are 95% effective. So if you have a vaccine, quite honestly, what do you care if your neighbor has one or not? I mean, what is it to you?” Johnson told McKenna. “You got a vaccine, and science is telling you it’s very, very effective. So why is this big push to make sure everybody gets a vaccine?”
Trump has also seemed uninterested in helping to combat vaccine hesitancy even as some have urged him to do a public service announcement and greater publicity to encourage his supporters to get vaccinated. Trump did not get his vaccine on camera like other former US presidents.

When asked about his potential role in combating vaccine hesitancy during an interview with Fox News’ Sean Hannity, Trump said: “I encourage them to take it.”

But he said the pause in the Johnson & Johnson vaccine has had “a devastating impact” — calling it the worst thing they could have done “from a public relations standpoint” — and suggested it had affected his thinking about the request to “do a commercial.”

It remains unclear whether Trump will weigh in to help the Biden administration address vaccine skepticism, but Biden needs to find a way to get the message out to Trump’s base that vaccines are safe, and in fact, necessary, for America to beat the virus. 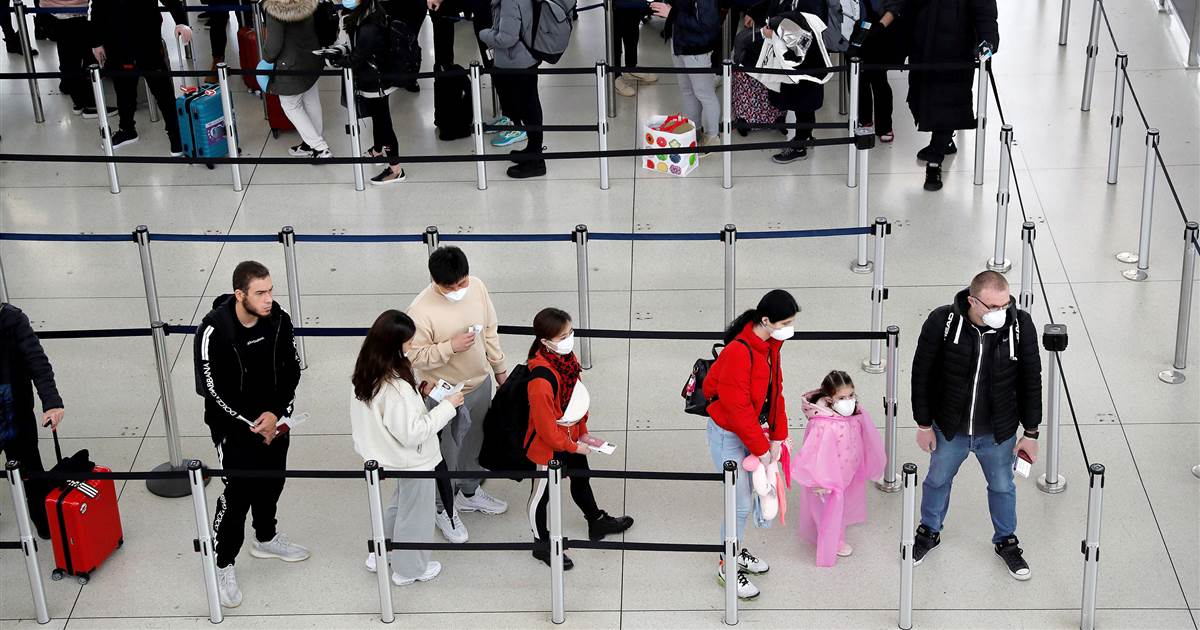 The Department of State is expected to raise the global travel advisory to level 4: Do Not Travel, citing the coronavirus pandemic, […] 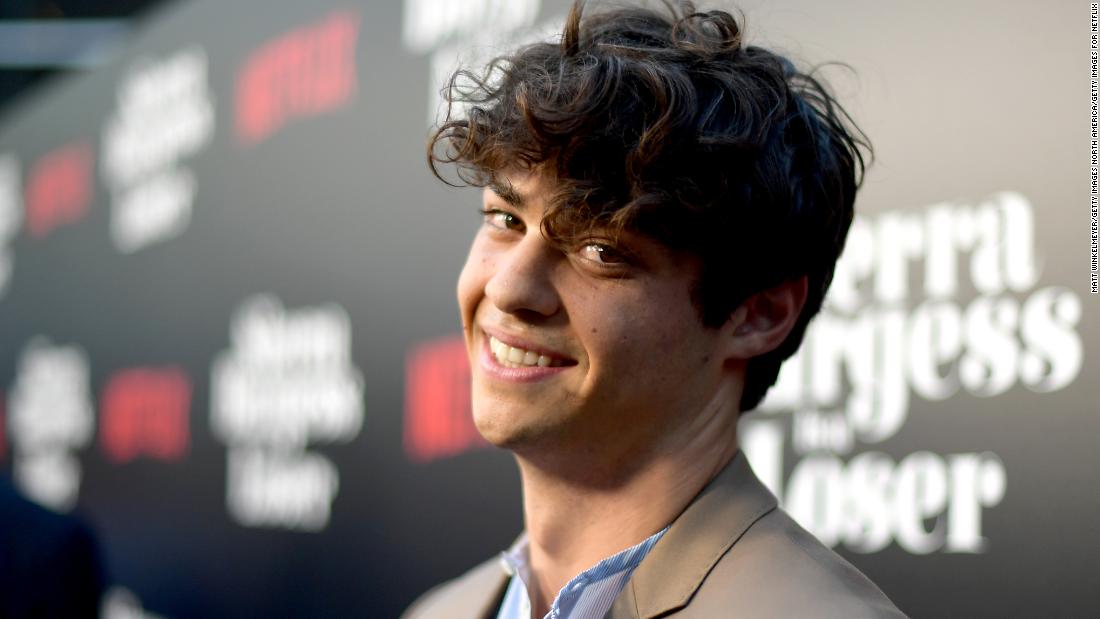 The actor is gearing (and bulking) up to play He-Man in the “Masters of the Universe” remake. Centineo showed fans just how […] 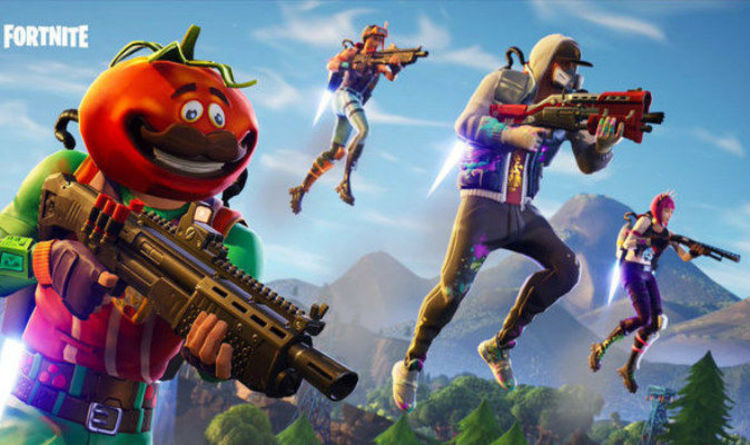 Fortnite Fans are now counting down the days before Fortnite Season 6 ends, and a new Battle Pass is announced. Epic Games […] 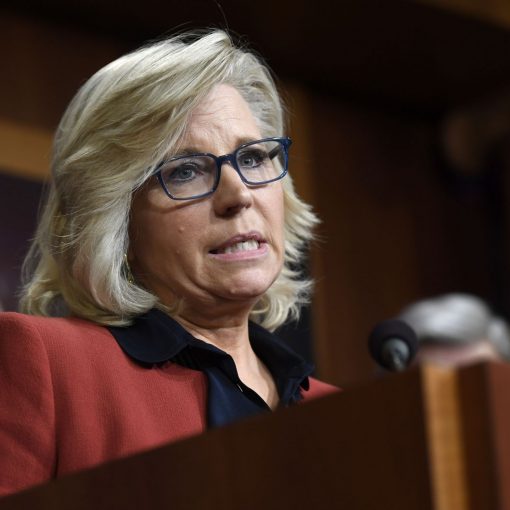