Ian Haydon’s COVID immunity is a popular topic on Twitter. The 30-year-old got his first shot of the Moderna vaccine over a year ago, and he’s been sharing his experience on social media ever since.

Among the outpouring of supportive responses, Haydon has fielded many questions about his antibody levels, one indication of protection against the coronavirus.

“I want to know the same thing,” he told Insider. As a participant in one of the first COVID-19 vaccine trials – which started with just 45 people – Haydon has had his blood drawn periodically over the past year, but he’ll have to wait for the study results to be published to learn more about his long-term immunity.

He’ll also have to stay tuned for results of an ongoing trial of a possible booster shot that could protect against coronavirus variants. That puts Haydon in an elite group of about 60 participants who have now received three COVID-19 shots, and will help scientists prepare for the next stage of the pandemic.

In the first trial, Haydon got an experimental high dose vaccine

Haydon learned about the vaccine trial from a coworker last spring – “really in the Before Times,” he said. He filled out a sign-up form without much thought, not certain he would hear back.

On April 8, 2020, Haydon received his first shot of an experimental vaccine dose that’s notably higher than what’s currently authorized for use. He was enrolled in a Phase 1 safety trial, meaning that all participants got an active dose and were monitored for side effects.

“My first shot was quite uneventful,” Haydon told Insider. “I remember I had arm pain, soreness at the injection site that came on the next day and then faded pretty quickly.”

The second shot was a different story. Haydon experienced similar arm pain that came on more suddenly than the last time, and about 12 hours after the shot, the chills started. When he took his temperature in the middle of the night, it was over 103 degrees Fahrenheit.

His side effects were bad, but helped inform Moderna about dosing

After waking up in the middle of the night with a high fever, nausea, headache, and muscle aches, Haydon called the 24-hour hotline set up for trial participants – which was open “in case anything got bad, and this was kind of bad.”

He was advised to go to urgent care, where he received IV fluids and Tylenol to bring his fever down. Haydon said he felt “a lot better” after the two hours he spent at urgent care. He was eventually discharged and went home to catch up on the sleep he missed.

But Haydon still felt ill when he woke up in the middle of the next day. At home, he threw up and fainted shortly after, but opted not to return to urgent care. By that evening, his fever was climbing down and the headache and nausea were getting less intense. And when he woke up the next day, he was “basically fully recovered.”

The Moderna researchers would later decide that a medium dose provided the same protection with less severe side effects than what Haydon experienced. Even after the brutal 24 hours, Haydon said he didn’t regret participating in the trial.

“As bad as it was to go through, it still is comforting to me to know that it wasn’t for nothing,” Haydon told Insider. “We learned about the dose of the vaccine that’s most effective and what dose is too high, and that’s going to go on to benefit a lot of people who end up taking a safer dose of the vaccine.”

Haydon got an experimental third shot this month

About three months ago, Haydon was contacted by the team running the Phase 1 trial. The researchers were looking into the safety of a possible booster shot, and the early trial participants were their best hope for a long-term study.

“There are two questions that the researchers are looking at: we don’t know whether it’s safe to take a booster at all, and we also don’t know what the effect of taking a slightly modified version of the vaccine is going to be,” Haydon said.

He got an experimental booster made up of 25 micrograms of the Moderna vaccine that’s currently in use and 25 micrograms of a new vaccine tailored to the B.1.351 variant that was first spotted in South Africa.

Haydon got the shot on April 1, nearly a year after his first dose of the vaccine. Fortunately, his reaction wasn’t nearly as severe as his second-shot side effects – probably similar to what most people are experiencing after their second dose of the vaccine nowadays.

He had some arm pain the day he got the booster shot, as well as a low-grade fever, nausea, aches, and fatigue that lasted into the next day. Again, he recovered after about 24 hours of side effects.

People have followed along with Haydon’s experience on Twitter

Haydon said he’s been amazed at the level of engagement of people following his story on social media. As a science communicator, he’s noticed more people are paying attention to science news, especially when it comes to vaccine development.

The attention he’s gotten has been overwhelmingly positive, Haydon said. A lot of people have reached out to him saying they too would like to volunteer for a vaccine trial. He tells them opportunities vary regionally, and he would encourage folks to look into research studies in their areas.

“It’s been incredible to see this go from an experimental vaccine I was getting and nobody knew if it was going to work, to seeing dozens of people posting their vaccine selfies every day,” Haydon said. “It’s just a really cool feeling to see it have a real impact in the world.”

Thousands of preschools in China are using robots to give students heath checks. Each morning they examine pupils looking for signs of […] 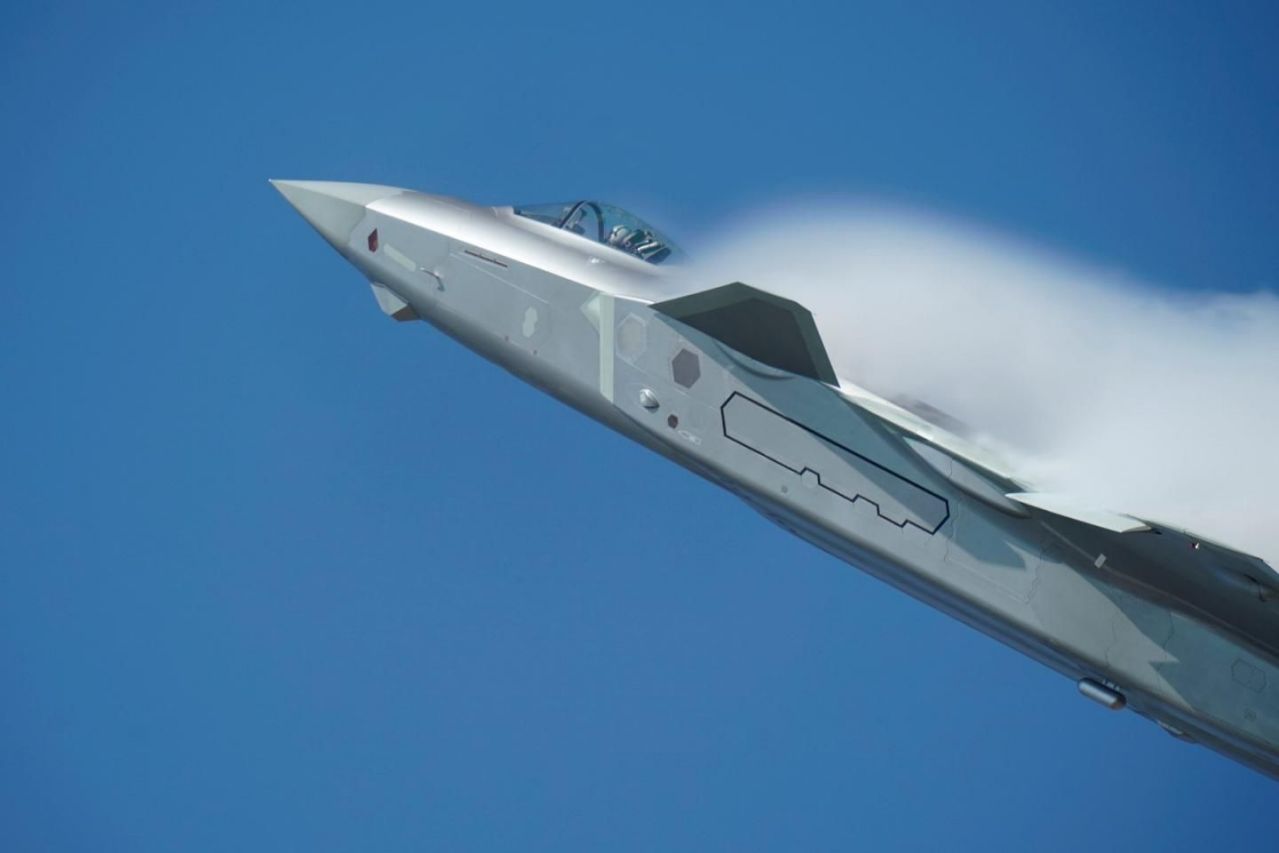 Key Point: This new material is supposed to make aircraft less detectable by radar. But the development probably is not the breakthrough that […] 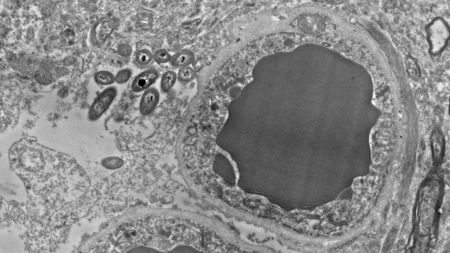 Images of human brain slices reveal bacteria, shown here to the left of a blood vessel—tantalizing but preliminary evidence of a “brain […] 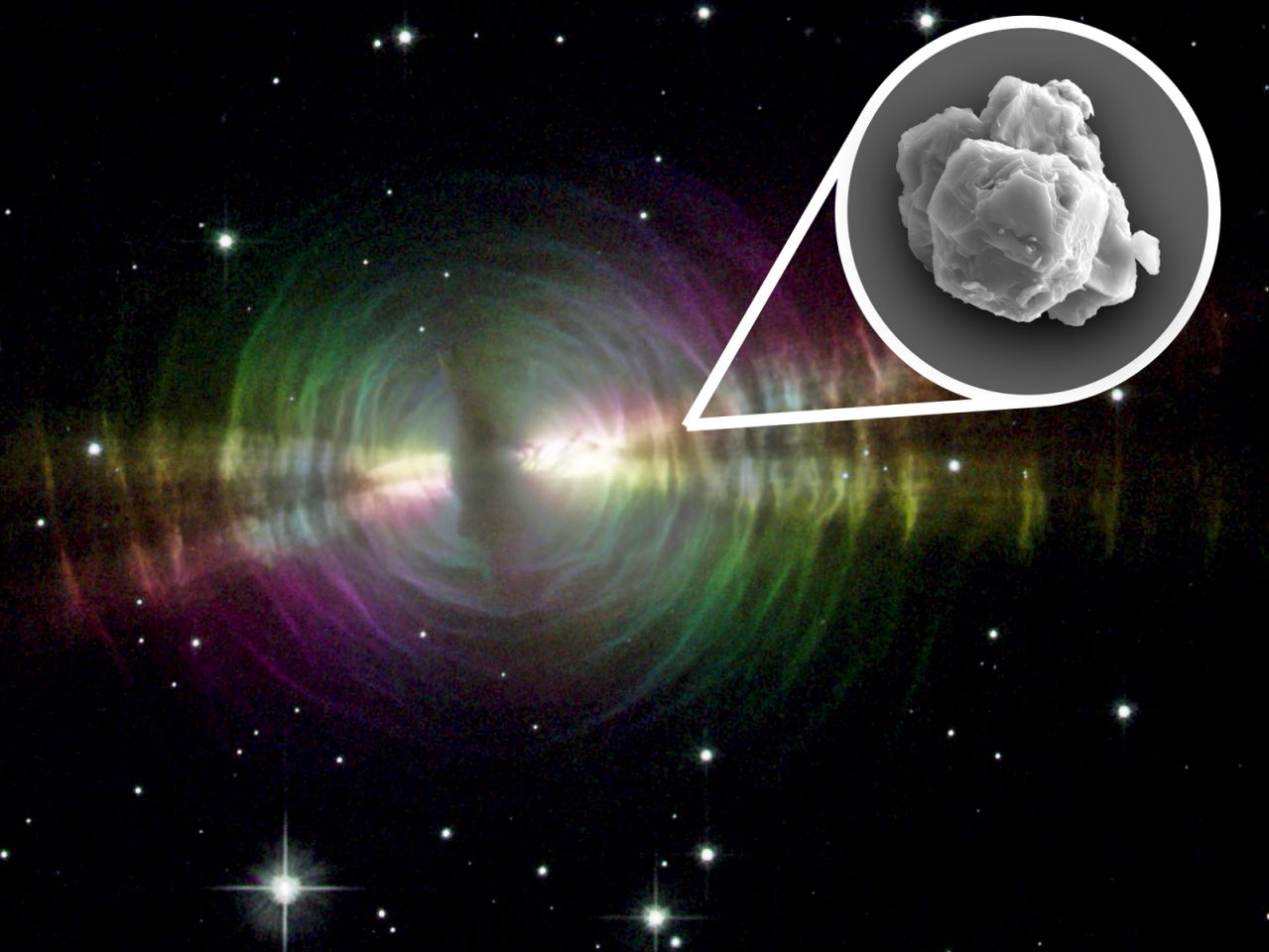