The Super League is far from dead and its clubs have not given up on the idea of the breakaway competition despite having to shelve the project just a few days after it was announced, Real Madrid president Florentino Pérez has said.

Pérez, who would have been the new league’s founding chairman, said the clubs behind the Super League will continue working on a way to make the competition work, even if changes have to be made to its format.

He said the Super League is on “standby” and the group is open to discussing ideas with European football’s governing body and other entities to help the game amid the coronavirus pandemic. Pérez said he was certain that a “very similar” competition would soon be created.

“We are going to keep working,” Pérez told Spanish radio program El Larguero. “We are looking for ways of getting this done. It would be a shame not to get it done.”

The Super League was announced on Sunday but essentially folded after the English clubs involved in the project pulled out on Tuesday amid escalating backlash from their supporters and warnings from the British government that legislation could be introduced to thwart them.

On Wednesday, Atlético Madrid and the three Italian clubs in the project – Juventus, AC Milan and Inter Milan – also opted out. That left Real Madrid and Barcelona as the only clubs still officially in the new league. Pérez said no one was really leaving, though.

“They haven’t left,” the Madrid president said. “We are all still together, thinking of ways of making this happen.”

Pérez admitted that they should have explained the project better, and said he was “sad and disappointed” with the “avalanche of aggressive” and “orchestrated” criticism that surfaced everywhere.

“Each president was prepared to speak, but then the next day we got killed,” Pérez said. “We weren’t expecting it. It was like we had launched an atomic bomb. It looked like that they already knew about it and were waiting for us.”

He said one of the six English clubs was not really interested in the project from the start and that was “contagious” for the rest of the Premier League owners who were afraid of the criticism at home.

On Monday, Uefa threatened to ban players from the participating teams from playing in this year’s European Championship and next year’s World Cup. A Madrid court later issued a preliminary ruling stopping Uefa, Fifa and its members from acting against the creation of the new league.

The Super League was intended to be a 20-team competition with 15 founding members guaranteed a spot every season and five other teams rotating in and out. The lack of relegation for the founding members raised concerns about the consequences for smaller clubs in the domestic leagues around the continent.

Pérez said the group was ready to discuss changes. “We will keep working and talking to everyone,” he said. “We are open to whatever is best for football.”

So Ed Smith has lost one of his many slashes. His potted CV now reads author/broadcaster/academic/Test cricketer, but not national selector. He […] 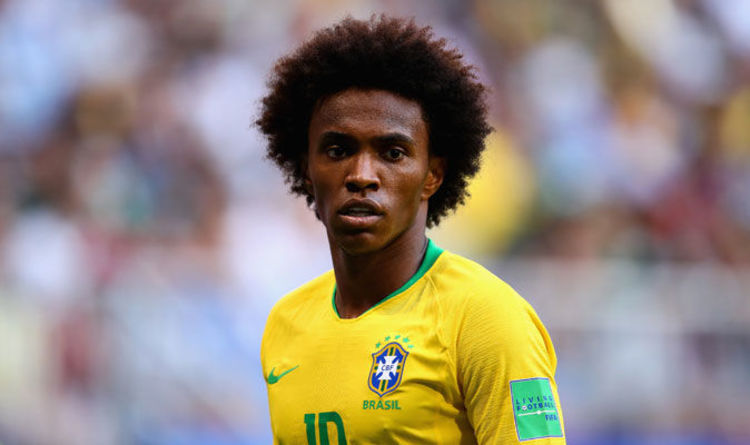 Rochdale’s Ollie Rathbone spent eight years in the Manchester United academy, so he is excited to be going to Old Trafford in […]

The French prime minister, Edouard Philippe, has announced there will be no professional football in the country until at least September and […]