TOKYO — Japan’s western metropolis of Osaka has decided to ask the government to declare a state of emergency in the region after ongoing alert measures failed to control the spread of a more contagious coronavirus variant.

Measures for the general public, including mask wearing and staying at home, would remain non-mandatory requests. Osaka is expected to close theme parks, shopping malls and other commercial facilities to drastically reduce public activity for a few weeks.

Japan has recorded 537,317 confirmed cases and 9,671 confirmed deaths. Those are low numbers overall, but worse than some other Asian countries

— Asian Americans wrestle with returning to classrooms amid rising harassment

LONDON — Experts at the European Medicines Agency are preparing to present the conclusions of their investigation into possible links between the Johnson & Johnson coronavirus vaccine and rare blood clots.

Last week, Johnson & Johnson halted the European rollout of its one-dose vaccine after the U.S. Food and Drug Administration recommended officials pause its use while the rare blood clot cases were examined. Johnson & Johnson advised governments in Europe to store their doses until the European Union’s drug regulator issued guidance.

The European Union ordered 200 million doses of the Johnson & Johnson for 2021 and EU officials had hoped the one-shot vaccine could be used both to boost the continent’s lagging vaccination rates and to protect hard-to-reach populations, such as migrant workers and the homeless.

Widespread use of the one-dose vaccine has not yet started in Europe. The European Union experts are expected to present findings on Tuesday.

India’s Health Ministry on Tuesday reported massive 259,170 new infections and 1,761 deaths in the past 24 hours. India has registered daily infections above the 200,000 mark for six days. The sick are facing a serious shortage of hospital beds, medical oxygen and medicines.

Gandhi last week called off his political rallies in West Bengal state where provincial elections are being held. He campaigned extensively in southern Kerala and Tamil Nadu states.

On Monday, another top Congress party leader and former Prime Minister, Manmohan Singh, tested positive for the coronavirus and was hospitalized in the Indian capital as a precaution. Singh, 88, was detected with a mild fever on Sunday.

BUCHAREST, Romania — Romania recorded its highest number of COVID-19 deaths at 237 on Tuesday.

That topped the previous record of 213 in early December during the second wave of the coronavirus. Nearly 3,000 new daily cases were reported.

Tighter restrictions were enforced by authorities at the end of March to help curb the spread of the infections. The daily infections have been slowly dropping, but the number of intensive care unit patients and deaths has remained high.

Romania has recorded more than 1 million cases of coronavirus and there have been 26,618 confirmed deaths. Authorities have administered more than 4.3 million vaccine doses.

The State Agency of Strategic Reserves says only 67,000 of AstraZeneca vaccine will arrive this week, instead of the contracted 268,000.

Government official in charge of the vaccination program, Michal Dworczyk, says the situation may “unfortunately” continue in the coming weeks. He gave no reason for the reductions.

Dworczyk says steps were being taken to prevent the reduced deliveries from slowing down the pace of nationwide inoculation in the nation of some 38 million people, mentioning the use of reserves for the second shots.

Poland is taking steps to speed up the vaccination, opening more age groups and more vaccination points. It plans to begin registration to vaccinate those age 18 and above on May 9.

KUALA LUMPUR, Malaysia — Malaysian opposition lawmakers led by former Prime Minister Mahathir Mohamad submitted a petition to the country’s king on Tuesday seeking an end to a coronavirus emergency so Parliament can resume.

The king approved Prime Minister Muhyiddin Yassin’s plan for an emergency in early January to curb the spread of the coronavirus, but critics said it was a political ruse to help the embattled leader stay in power amid challenges to his leadership.

The emergency involves no curfew or military powers but Parliament is suspended until Aug. 1. Muhyiddin’s government remains in control and has extraordinary powers to introduce laws without parliamentary approval.

Mahathir, 95, accused Muhyiddin of using the king’s name as a shield against critics, making many Malays angry with the monarch instead. He told reporters outside the palace gate that he hopes the king will heed the people’s voices. More than 39,000 Malaysians have signed an online petition since March for the king to end the emergency.

MEXICO CITY — For the first time in a year, Mexican school children have returned to classrooms — at least in the southern state of Campeche.

The Gulf coast state has been the state least affected by the pandemic in Mexico, and it was the first to get its teachers vaccinated.

So Campeche is the first, and so far the only, of Mexico’s 32 states to reopen its classrooms.

While it may have been good to get back to school Monday, the scene in Campeche was different from before: Grade-school children were allowed back in small groups to maintain social distancing, and they wore face masks and plastic face shields.

WELLINGTON, New Zealand — The Pacific nation of Fiji has closed schools and canceled sporting events as it deals with its first coronavirus infections outside quarantine cases in more than a year.

A soldier and a room cleaner at a quarantine facility have both tested positive, but there hasn’t been any indication so far the virus is spreading more widely in the community.

Prime Minister Frank Bainimarama says Fiji is again facing a “grave and present danger.” The government has ordered all gyms, bars and theaters within two containment zones closed and large gatherings across the nation canceled for at least two weeks.

Home to a little under 1 million people, Fiji has recorded just two COVID-19 deaths since the pandemic began, but experts fear its health system would be ill-equipped to deal with a major outbreak. 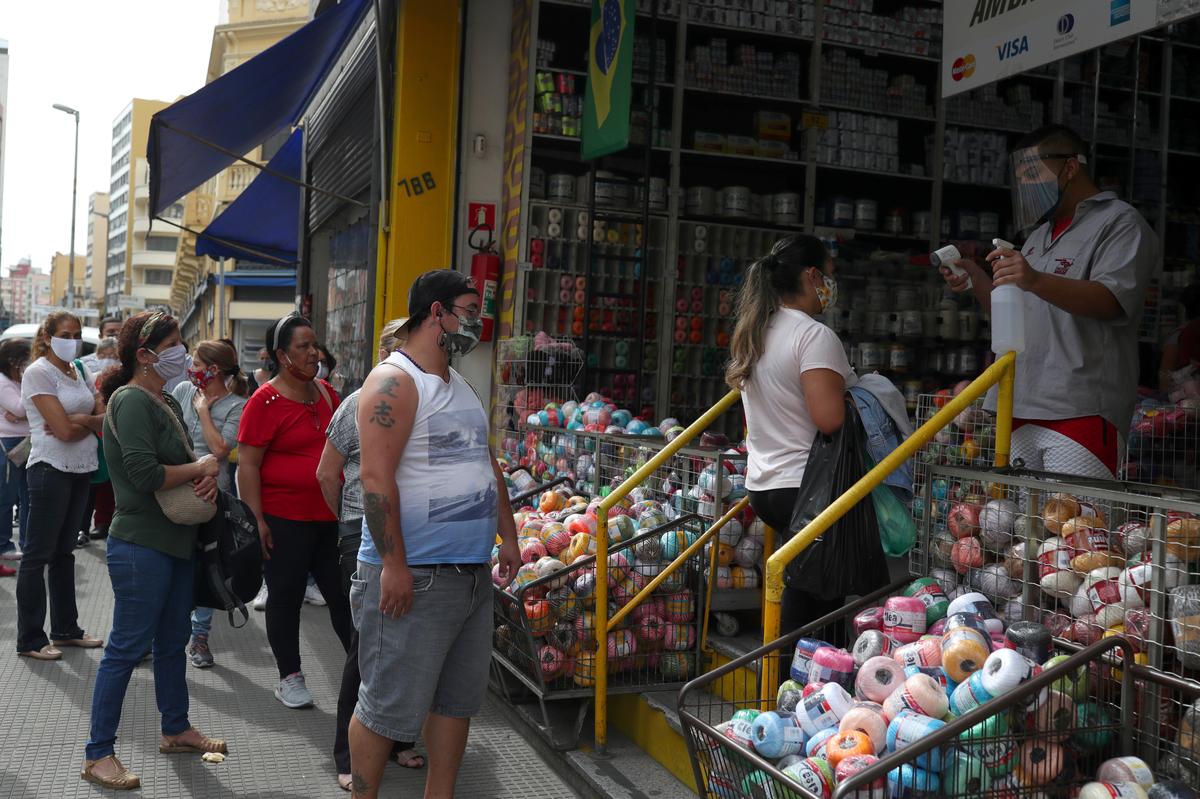 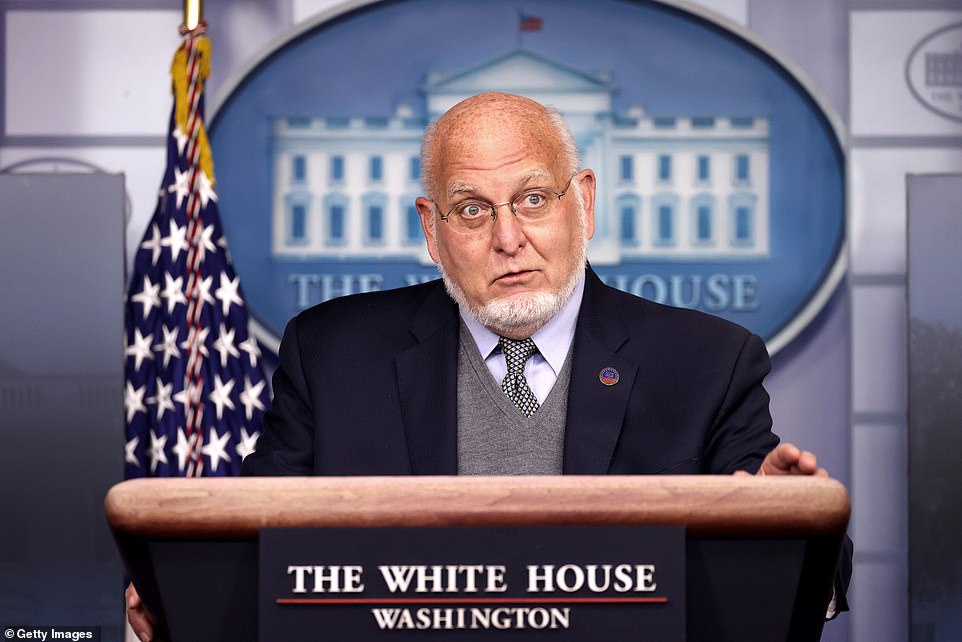 Schools are among ‘the safest places’ that American children can be amid surging cases of coronavirus across the country, Centers for Disease […] 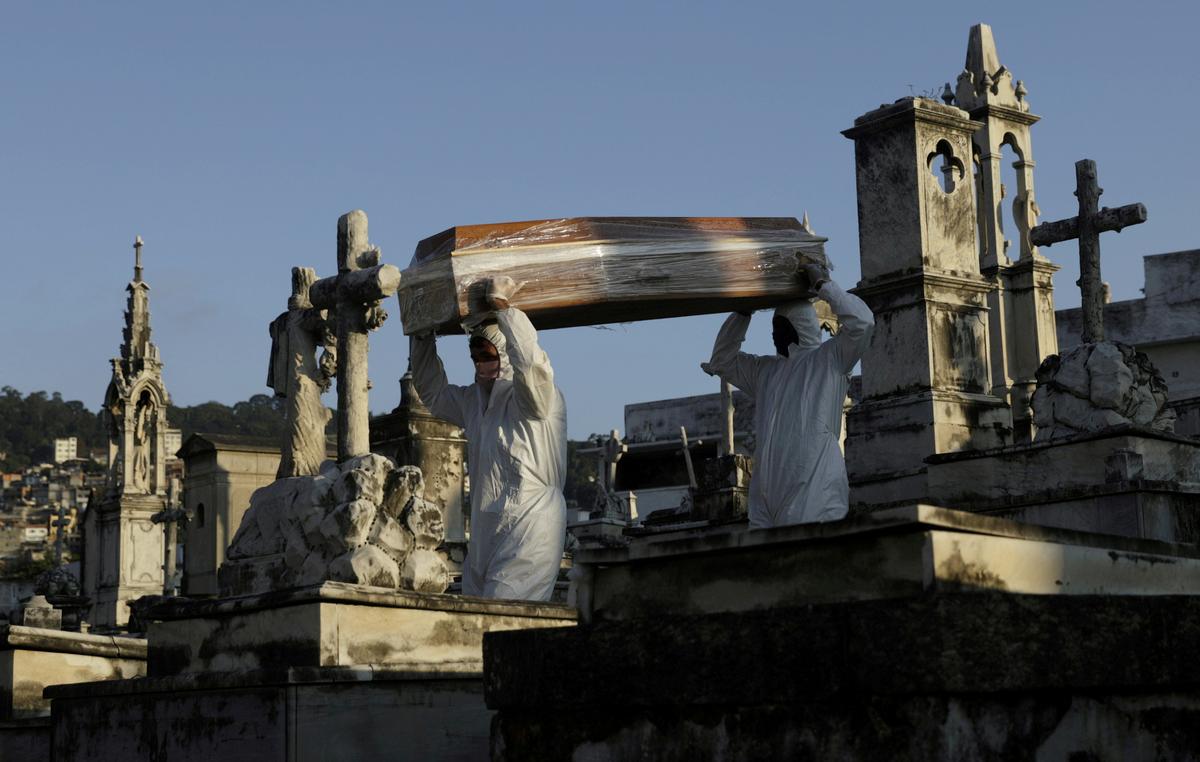 (Reuters) – Global coronavirus cases surpassed 5 million on Wednesday, with Latin America overtaking the United States and Europe in the past […]