It’s been revealed that a Louisiana woman who was vacationing in Florida helped bring a serial killer to justice after she noticed similarities between a string of murders in her home city and several that occurred in the Sunshine State.

Cindy Juracich, who hails from Shreveport, Louisiana, was on holiday with her husband and children in Gainesville, Florida in August 1990 when she happened to catch a news report about five local college students who had been slain over the course of four days.

At the time, Juracich was still in shock about three gruesome killings that had taken place in Shreveport the previous year, in which a female victim was partially mutilated, cleaned and left posed in a sexual provocative positio.

The TV report in Florida mentioned that several of the victims there had also been  mutilated, cleaned and posed – piquing the interest of Jurarcich.

She is featured in a new episode of 20/20, which airs Friday on ABC and reexamines the hunt for the Florida serial killer.

‘I said to my husband [at the time] there’s a connection between Shreveport and Florida,’ Juracich states in the program. 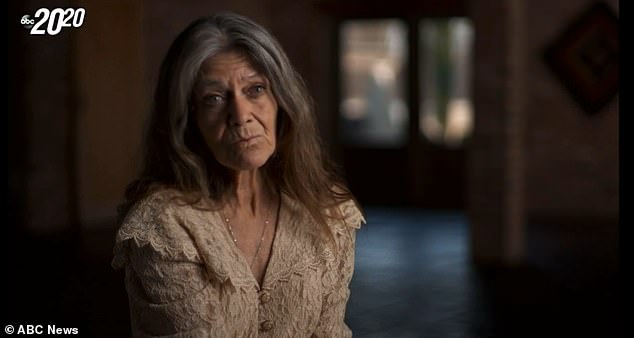 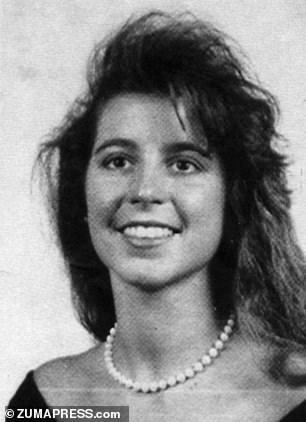 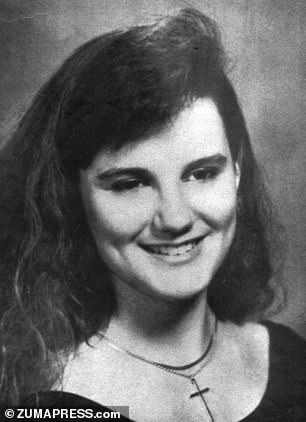 The first two killings occurred August 24, when the assailant broke into an apartment shared by 17-year-old freshmen Sonja Larson and Christina Powell. The women were both brutally stabbed and posed in sexually provocative positions

The Sunshine State slayings alarmed locals and baffled law enforcement officials who were left stumped as to the identity of the killer.

All of the victims were young students in the Gainesville area. Four were students at the University of Florida, and the other was a student at Gainesville’s Santa Fe College. Four of the five victims were female.

The first two killings occurred August 24, when the assailant broke into an apartment shared by 17-year-old freshmen Sonja Larson and Christina Powell.  The women were both brutally stabbed and posed in sexually provocative positions.

The following evening, on August 25, 18-year-old Christina Hoyt was stabbed to death and decapitated inside her apartment. Her head was left on a shelf.

Then, just two days later, Tracy Paules and her male roommate, Manny Taboada, both 23, were both stabbed to death when the assailant broke into their home.

Paules was raped and her body was left posed.

The killings rocked Gainesville, and news of the murders was played continuously on TV, attracting the attention of Juracich. 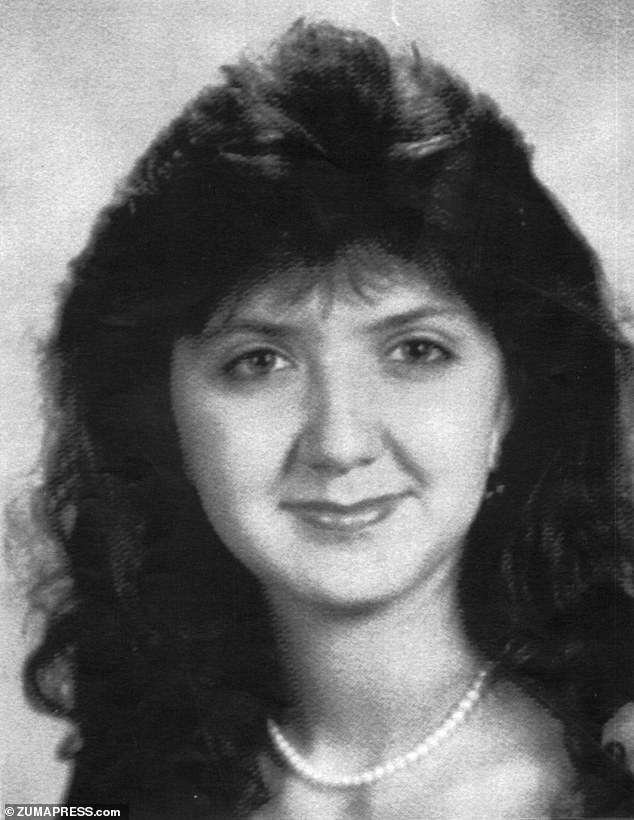 18-year-old Christina Hoyt was stabbed to death and decapitated inside her apartment. Her head was left on a shelf.

Tracy Paules and her male roommate, Manny Taboada, both 23, were both stabbed to death when the assailant broke into their home on August 27

Three months later, after returning to Louisiana, Juracich still couldn’t stop thinking about the similarities between the slayings in Shreveport and those in Florida.

She also had a hunch that the man who committed the killings in Shreveport was a local named Danny Rolling.

Rolling had spent time in prison for armed robbery and had reportedly told Juracich’s husband that he ‘liked to stick knives into people’.

Chilled by that comment, Juracich decided to take matters into her own hands and contacted Florida police.

‘One day, I picked up the phone, I called Crime Stoppers, and I said, ‘I think there’s one guy y’all need to investigate — Danny Rolling.’ 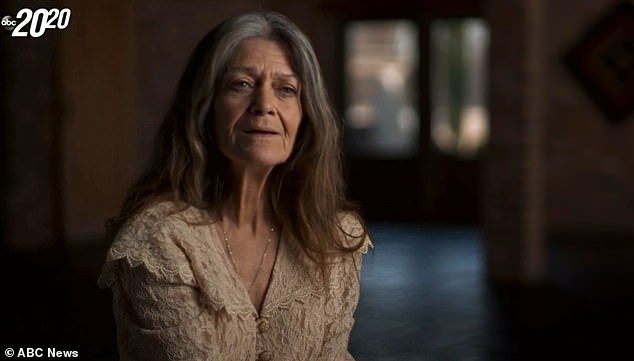 ‘My mind would not let me rest’: Juracich decided to take matters into her own hands and contacted Florida police in November 1990 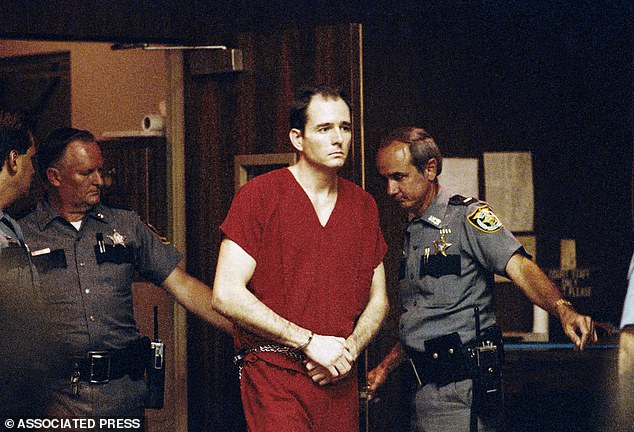 When confronted by officers, Rolling confessed to the Gainesville killings 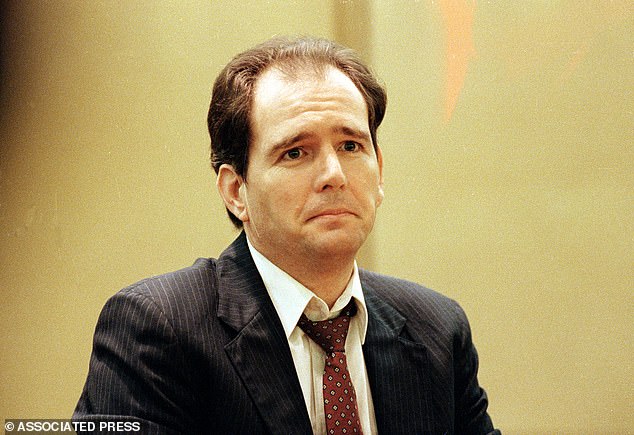 Rolling is pictured during his trial in 1994. He was eventually convicted and sentenced to death

Officers had arrested him for an unrelated burglary charge in September 1990. He was put behind bars and soon became a prime suspect.

A short time later, police discovered a tape recorder left in a wooded area near the site of one of the Gainesville killings. A cassette found in the recorder featured Rollin alluding to the crimes.

When confronted by officers, he subsequently confessed to the killings.

Later, he also conceded that he had murdered the three people in Shreveport in 1989.

Rolling waseventually convicted in 1994 and sentenced to death. He was executed in 2006.

Now, 15 years on, Juracich says she she is still shaken by the murders in Shreveport and stunned that she linked them to the Florida slayings.

‘After the gruesome murders, everybody just became scared, she states. 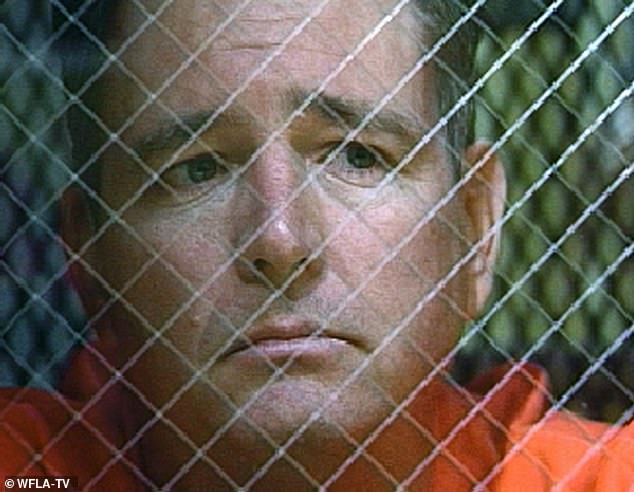 Rolling is pictured prior to his execution in 2006. His murders still haunt both Shreveport and Gainesville to this day 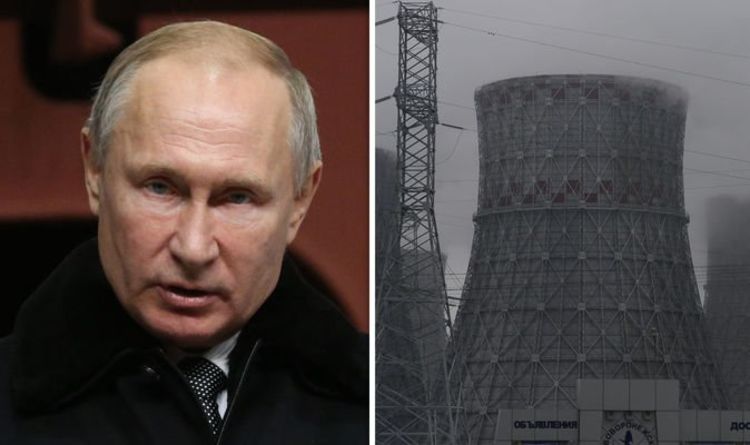 Rosatom is completely under state control, and while its emphasis with some projects has been geared towards powering hard to reach Russian […] 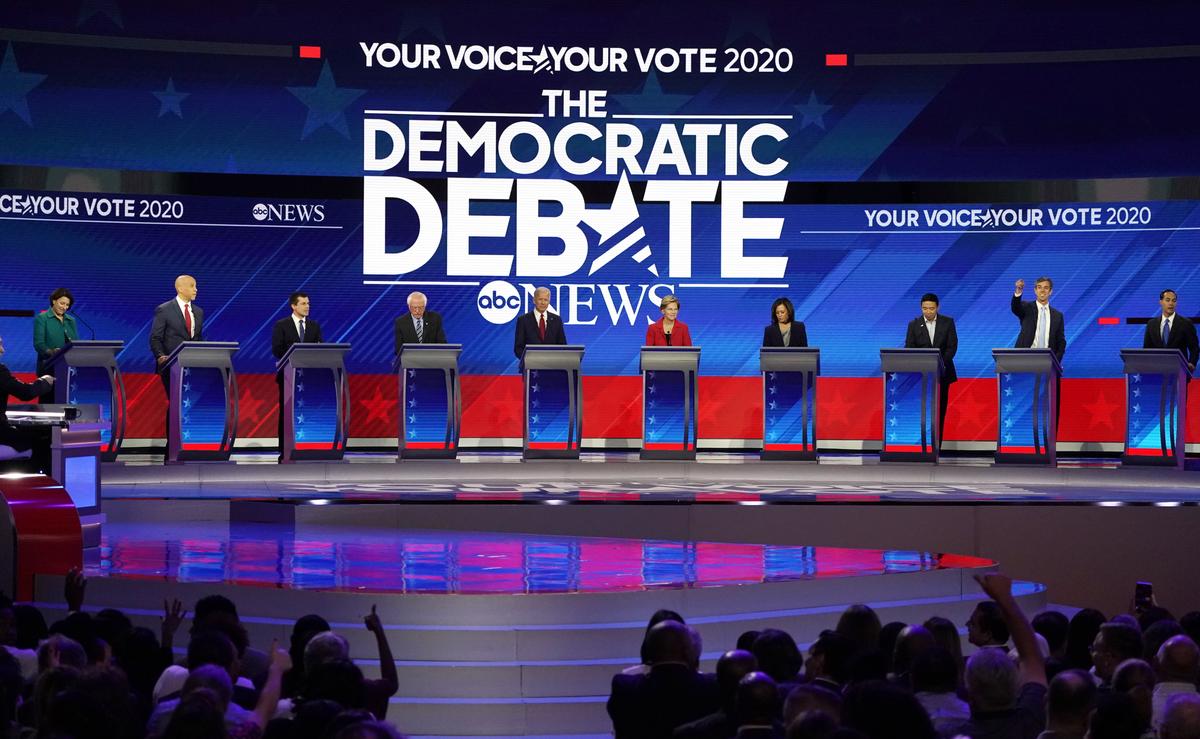 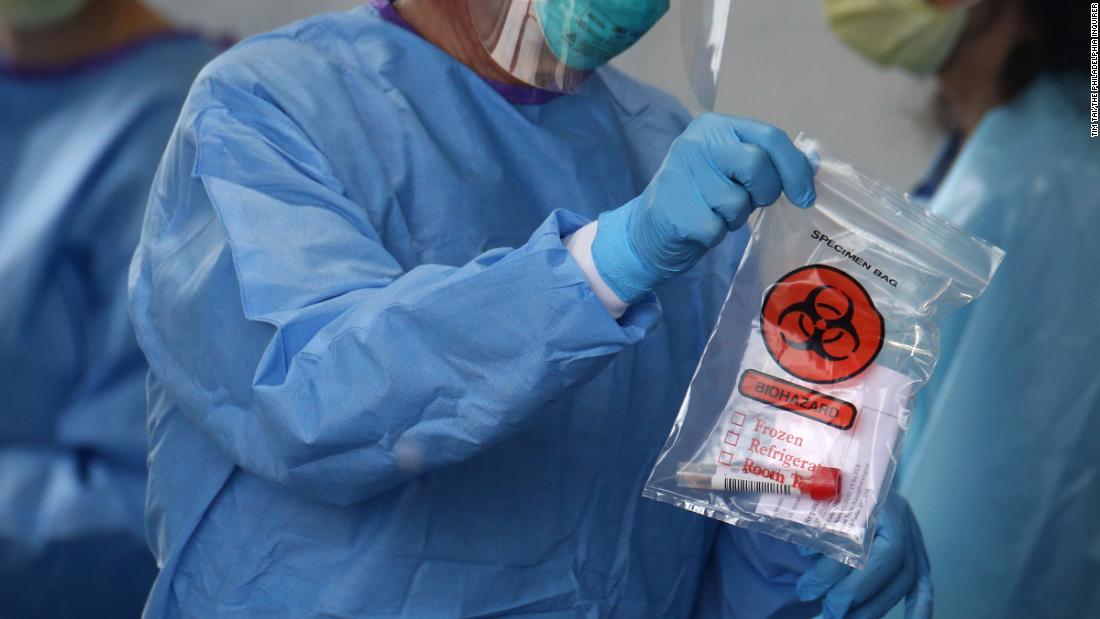 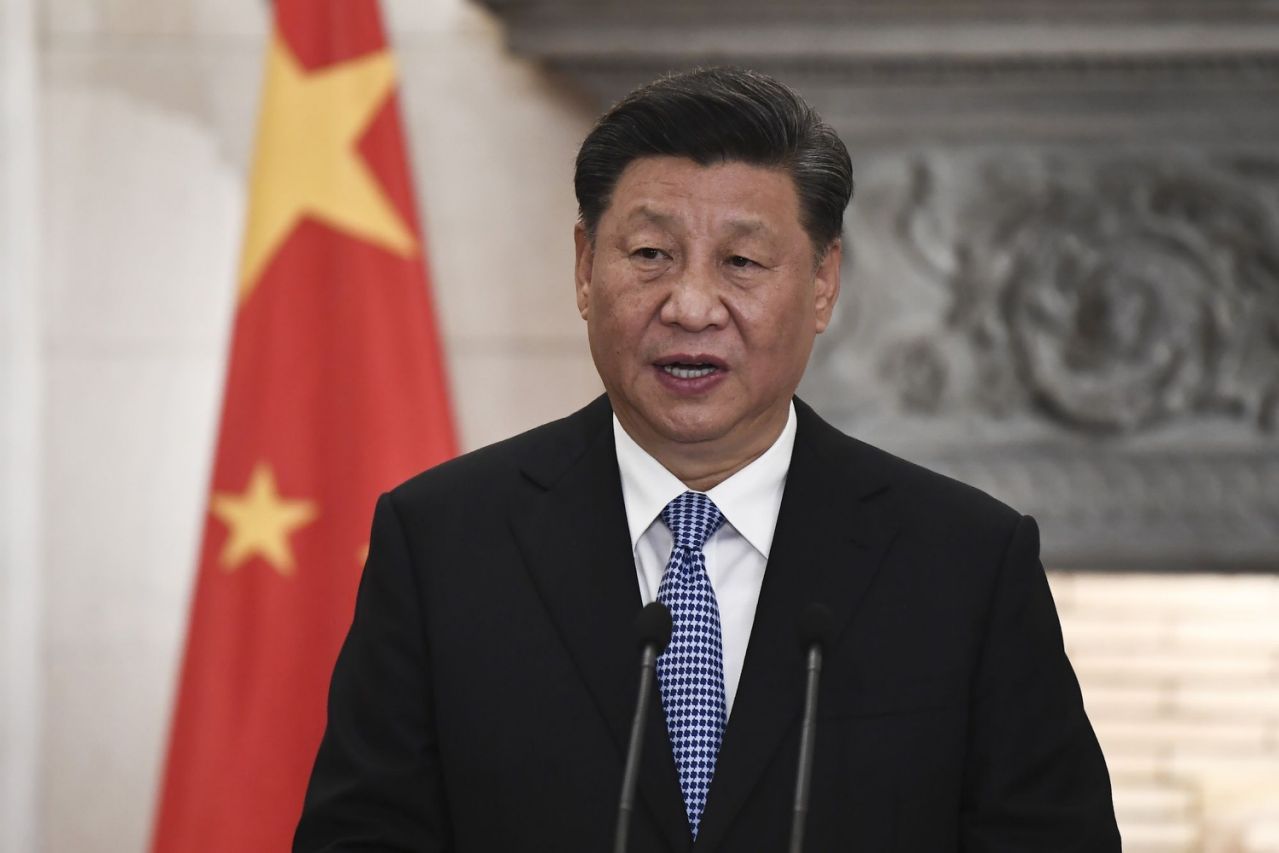 (Bloomberg) — Terms of Trade is a daily newsletter that untangles a world embroiled in trade wars. Sign up here.  China had […]