The confrontations fall short of outright military action without shots being fired, but Beijing’s aggressive moves are gradually altering the status quo, laying the foundation for China to potentially exert control over contested territory across vast stretches of the Pacific Ocean, the officials and experts say.

Taiwan’s much smaller air force has struggled to keep up with the incursions, which occur on a near daily basis, and Taiwanese officials have acknowledged the strain that the Chinese flights put on its armed forces. Two Taiwanese fighter jets crashed last month, the third aviation accident for Taiwan’s military since October.

“We are considering the war of attrition issue,” Chang said.

Although Taiwan has a well-trained, modern air force, officials concluded that the odds were stacked against them, said Gregory Poling of the Center for Strategic and International Studies think tank in Washington. China has more aircraft and more pilots than Taiwan, and the strain on the crews and the wear and tear on the airplanes would only grow over time.

“If it’s a numbers game, China is going to win,” Poling said.

A similar scenario has played out across the South China Sea and the East China Sea, with Taiwan, the Philippines and other governments struggling to fend off China’s numerous maritime militia boats, coast guard vessels and naval ships venturing into disputed territory.

The Chinese are “trying to grind them down,” said a senior U.S. Defense official.

To the south off the coast of the Philippines, a flotilla of Chinese maritime militia have been stationed around Whitsun Reef in the Spratly Islands for months, refusing repeated demands from Manila to leave the area.

At one point last month, up to 200 Chinese vessels, which Beijing insists are merely fishing boats but which the Philippines and U.S. officials say are part of a maritime militia, were anchored around the reef. By refusing to budge, the large group of boats is effectively controlling access to a wider area that lies inside the Philippines’ exclusive economic zone.

The Philippine foreign ministry has accused China of infringing on its sovereignty and said that the boats’ “swarming and threatening presence creates an atmosphere of instability.”

China has refused to withdraw the boats and argued Whitsun Reef is part of Chinese territory, accusing the Philippines of trying to deny China access to traditional fishing grounds.

“We hope the Philippines will look at this objectively and correctly, immediately stop wanton hype … and avoid casting negative influence on bilateral relations and the overall peace and stability in the South China Sea,” Chinese Foreign Ministry Spokesman Zhao Lijian said at a recent press briefing.

The Chinese embassy in Washington did not respond to a request for comment.

Whitsun Reef is a key location for China as it lies at the northern end of Union Banks, a large atoll, and Beijing already dominates the southern and middle end of the atoll with artificial islands it created over the past decade, according to Jay Batongbacal, director of the Institute for Maritime Affairs and Law of the Sea at the University of the Philippines.

The area is also near military bases built by Vietnam, which has rival territorial claims in the South China Sea. The large Chinese presence has made it “painfully clear to the Vietnamese that it’s China who controls Vietnam’s access to its own bases,” Poling said.

The Philippines has a miniscule military compared to China, and its navy is outmatched just by China’s large coast guard ships. But Manila has tried to rally international support against Beijing’s presence and reminded China that it has a defense treaty with the United States. The Biden administration has explicitly cited its obligations to the Philippines in more than one sharply worded statement, condemning China’s actions at the reef.

“As we have stated before, an armed attack against the Philippines armed forces, public vessels, or aircraft in the Pacific, including in the South China Sea, will trigger our obligations under the U.S.-Philippines Mutual Defense Treaty,” State Department spokesperson Ned Price told reporters.

The tough words from the administration have been accompanied by a show of naval force in the Pacific, with the Navy announcing the presence of a Virginia-class submarine in the region, the USS Illinois, along with an amphibious assault ship, the USS Makin Island, operating with the USS Theodore Roosevelt aircraft carrier group.

China has not threatened to open fire on Philippine naval ships or military aircraft. In past encounters, China has avoided combat, and relied on what analysts call “gray zone tactics” that fall below the threshold of warfare but nevertheless incrementally shift conditions in their favor over time.

The stand-off at the reef is a perfect example of China’s “playbook” to extend its control and influence, Batongbacal said, relying on civilian activity initially such as fishing, that is soon backed up with shows of strength from coast guard ships or naval vessels, overwhelming numbers and bold territorial assertions.

A similar strategy played out around another disputed area over the past two decades, Mischief Reef, according to Batongbacal. In that case, China initially built small huts in the 1990s that it said were for fishing. By 2015, it became a major military outpost with missile batteries, bolstering China’s power in the South China Sea.

Mischief Reef is one of a network of bases with hangars, runways and deep ports that China has steadily expanded in the South China Sea, putting other countries with competing territorial claims at a disadvantage.

“They are quietly and incrementally developing the capabilities of their island bases to control the South China Sea,” Batongbacal said.

“Through this strategy, they have turned the southern part of the South China into an area where they currently dominate in military and civilian terms, a far cry from where they were in the early 2000s when they were basically at parity with the other Southeast Asian states.”

In a separate confrontation with Taiwan, China has deployed a massive array of sand dredgers near the Taiwan-controlled Matsu Islands, forcing Taipei to deploy coast guard ships to escort them out of the area.

The Chinese tactics have thrust a difficult choice on Taiwan. If it ignores the intrusions, Taipei would send a signal that Beijing has de facto control over the area. But if it tries to confront the sand dredgers, the Taiwan Coast Guard could find itself stretched to the breaking point, Poling said.

“China’s never presenting any overt military threat with this, but it’s clearly steadily eating away at Taiwan’s military readiness, and affecting the balance of power.”

It’s a similar pattern across the region, with China pushing the boundaries without ever crossing a red line, Poling said.

“Beijing never really presents you with a clear deadline with a reason to use force. You just find yourselves worn down and slowly pushed back,” he said. 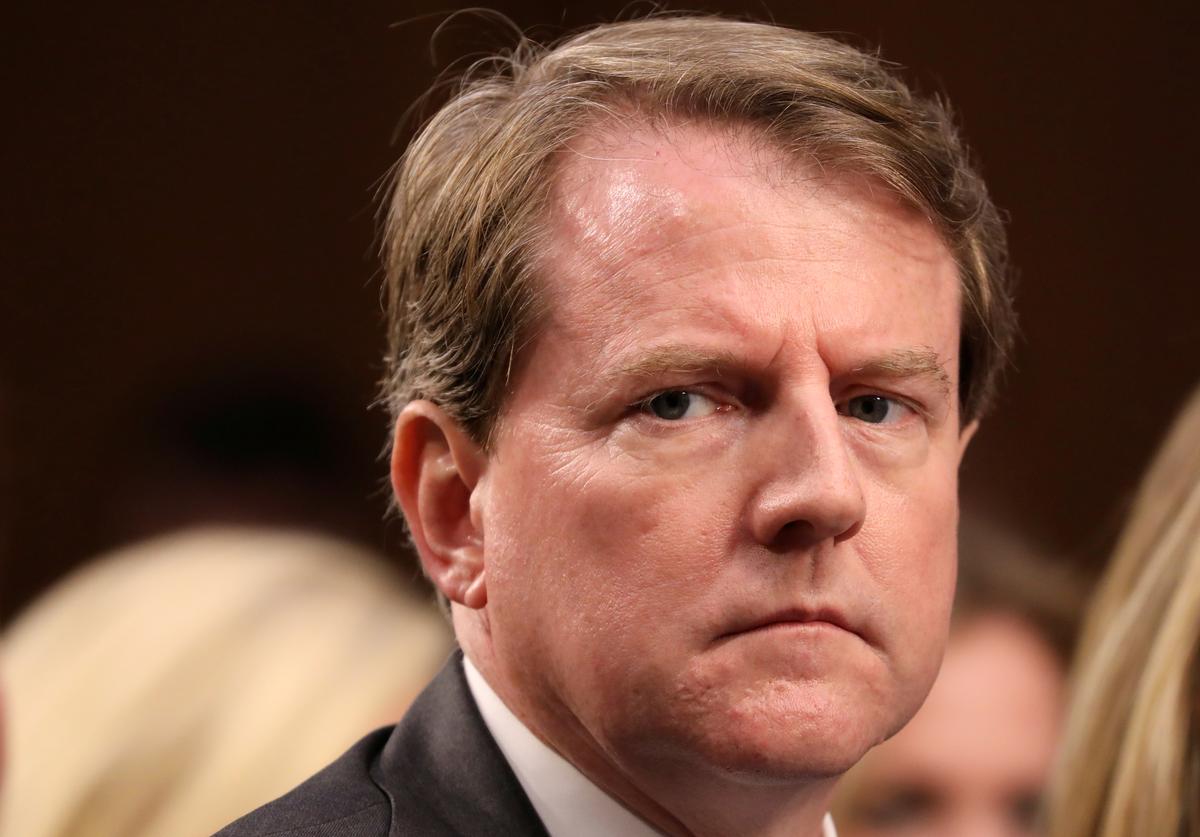 WASHINGTON (Reuters) – Former White House lawyer Don McGahn “may have been confused” during his testimony as part of U.S. Special Counsel […] 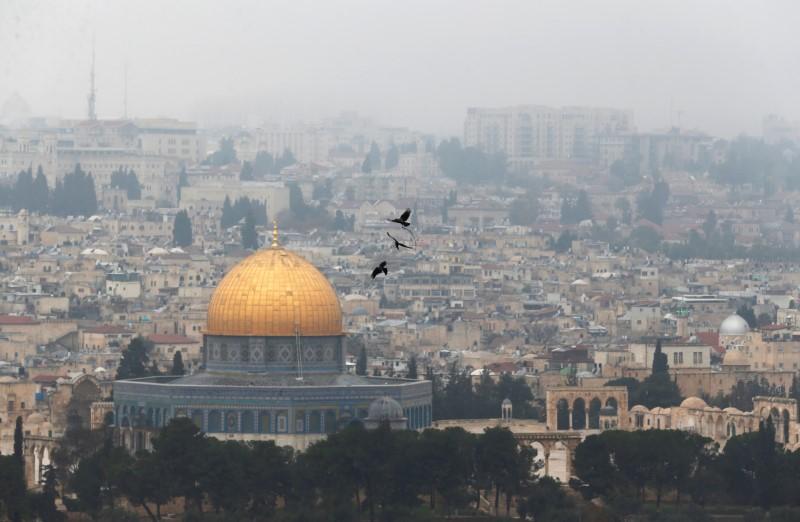 A street sign for Wall Street is seen outside of the New York Stock Exchange (NYSE) in New York City, New York, […] 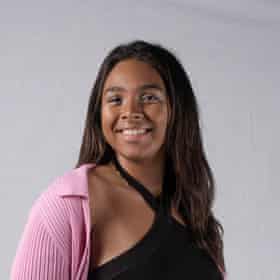 Alizée on Rhys What were you hoping for?Good food, meeting someone interesting and that my date would be as tall as me […]