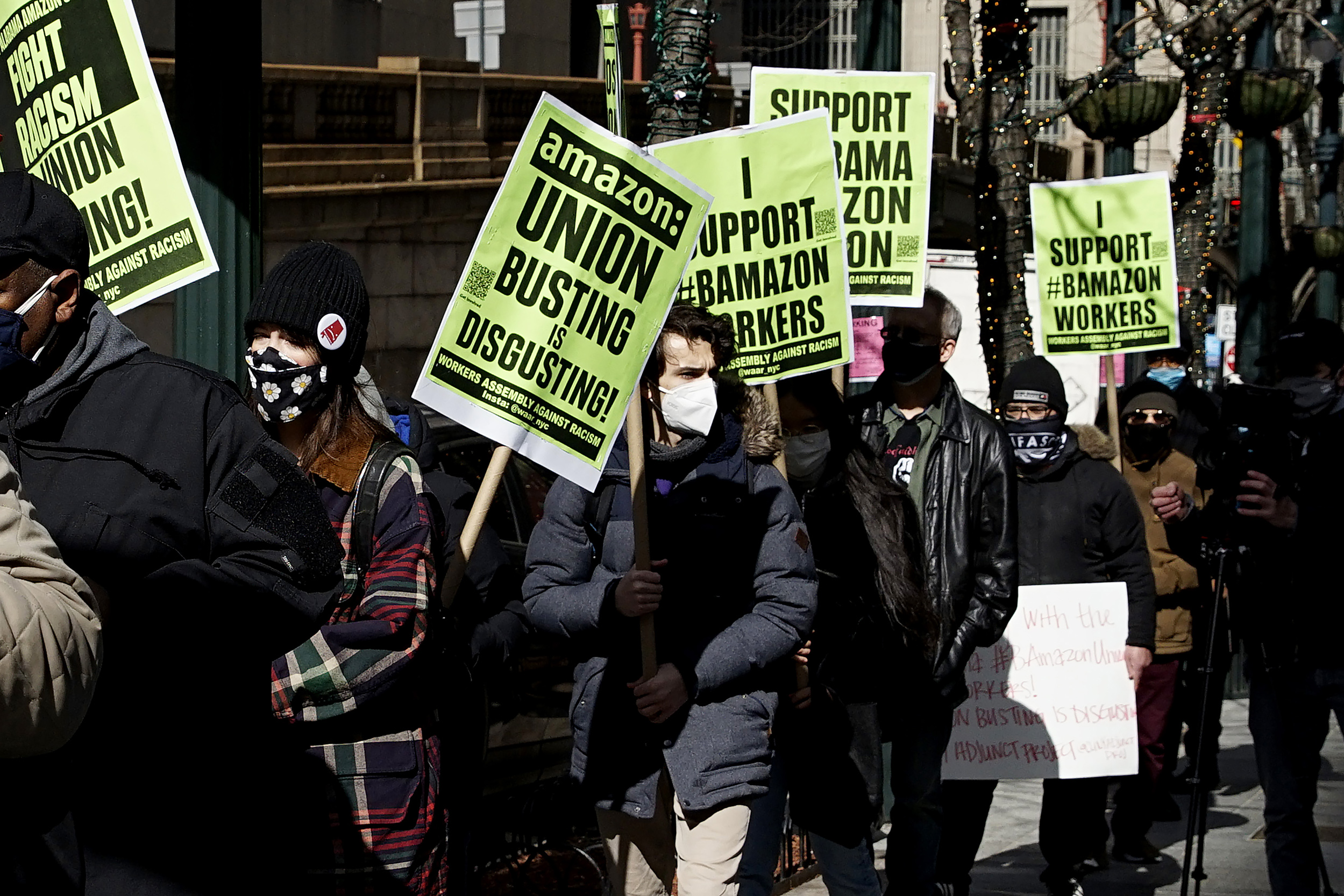 BESSEMER, Ala. — Amazon warehouse workers here were voting overwhelmingly against forming a union Thursday after a monthslong campaign in which labor had hoped to make inroads into the sprawling company.

As vote-tallying paused for the night, 1,100 employees had voted against unionizing, compared to 463 in favor. The tally presented a nearly insurmountable climb for union supporters to obtain the 1,608 votes needed to win.

If it is approved, the union would be the first for Amazon, the country’s second-largest employer, in the United States.

While the vote has not been completed, the Retail, Wholesale and Department Store Union, or RWDSU, the union seeking to represent the 5,800 workers in Bessemer, has already said it would challenge the vote by filing unfair labor practice charges with the NLRB. It will allege that Amazon broke the law with some of its anti-union activity in the run-up to the election.

“Our system is broken, Amazon took full advantage of that, and we will be calling on the labor board to hold Amazon accountable for its illegal and egregious behavior during the campaign,” said Stuart Appelbaum, president of the RWDSU. “But make no mistake about it: This still represents an important moment for working people, and their voices will be heard.”

Amazon did not provide a statement after Thursday evening’s vote counting concluded.

After the seven-week window to vote by mail ended March 29, the NLRB spent two weeks checking the eligibility of ballots and counting them in a process observed by the union and Amazon. Out of 5,805 eligible voters, 3,215 ballots were cast, but “hundreds” were set aside as contested, mostly by Amazon, according to the union. Ballots can be contested by Amazon or the union based on factors like illegible signatures or questions about whether employees’ job titles entitle them to vote. Those ballots are counted only if the final margin is small enough.

Labor experts said the early predictions about the result are not a surprise, given the resources Amazon has invested in countering organizing.

“It’s so hard for workers to win in a situation like this,” said Rebecca Givan, an associate professor of management and labor relations at Rutgers University in New Jersey. “The most likely outcome in these situations is that the employer successfully busts the union by instilling fear and uncertainty into the workers, and even those workers that were initially in favor of organizing into a union get afraid and change their mind.”

The Bessemer warehouse, which opened in March 2020, is Amazon’s first fulfillment center in Alabama. Workers started organizing toward a union vote in August, hoping it would help improve their working conditions. Currently, it is difficult to go to the bathroom without being penalized, said Jennifer Bates, an Amazon worker in Bessemer, who said she was inspired to support the union effort after regularly having seen her colleagues walk out of work limping from the physical toll the job takes.

At the start of this year, Amazon launched what labor experts characterized as a classic, well-funded anti-union campaign at the warehouse.

Workers said they were required to attend multiple meetings during their shifts, in which Amazon representatives explained why a union was not, in their view, beneficial for workers. Posters all over the warehouse, some of them in bathroom stalls, encouraged workers to vote no. The company also distributed buttons and stickers for employees to wear, and it created a website and a hashtag, #DoItWithoutDues, highlighting how workers might have to pay $500 in annual dues to the union.

Amazon has a long history of thwarting unionization. In 1999, the Communication Workers of America started a campaign to unionize 400 customer service employees in Seattle. After months of anti-union campaigning, Amazon closed down the call center in 2000 in what the company said was a restructuring related to the dot-com bust.

In 2014, 21 equipment technicians at an Amazon warehouse in Delaware voted against organizing with the International Association of Machinists and Aerospace Workers following what the union spokesman described as “intense pressure from managers and anti-union consultants.”

Amazon spokeswoman Mary Osako told Time magazine at the time that the “no” vote against third-party representation showed that employees “prefer a direct connection with Amazon.”

Workers in Bessemer who opposed the union seemed to question its purpose.

LaVonette Stokes, who works as a labor organizer for the Alabama teachers union when she’s not working at Amazon, and her husband are have positions as mid-level process guides that earn $15 to $19 an hour. But she said that a union for unskilled labor in Bessemer makes no sense and that it would move too slowly. She and her husband spent $2,400 of their own money to print flyers that detailed Amazon’s benefits.

“We’re talking about a union that has made contracts where, yes, they got a raise, but it took them about five to seven years before they even got to that raise,” she said.

Workers in favor of the union said they had hoped it would help improve their working conditions, providing better job security and benefits when Amazon is reporting record profits in part because of a pandemic-induced boom in online retail.

“I like my job. I give it 110 percent every day I go in there, regardless how hard it is, how stressful it is,” said Darryl Richardson, a worker at the Bessemer warehouse. “But I feel like employees deserve better and more for what they do.”

Richardson said he and other pro-union workers expect to be fired or forced to quit their jobs.

“I have to move on, and I hate it,” he said. “It’s sad that you do everything you can to try to make things better for the people and you feel like you are going to lose your job.”

Kelly Nantel, an Amazon spokesperson, said in an email, “We respect all our employees’ right to join, form, or not to join a labor union or other lawful organization of their own selection, without fear of reprisal, intimidation, or harassment.”

Amazon spokesperson Leah Seay said that in Bessemer receive health care coverage and hourly pay of at least $15.30, which is well above the federal minimum wage of $7.25 an hour. Alabama has no minimum wage law.

The union drive drew global attention to conditions for Amazon’s warehouse workers and the lengths the company goes to prevent them from organizing, said Givan, the Rutgers professor.

“Workers around the country who have been watching what’s happening will be potentially inspired by what can happen if you do take action and get national attention,” she said.

Analysts said efforts to unionize at other Amazon warehouses in the U.S. are likely to continue, particularly in higher-cost states like New York and California. RWDSU spokesperson Chelsea Connor said the union received over a thousand inquiries about organizing from Amazon workers at other facilities since the organizing effort began.

“Amazon is already about the best-paying job a non-skilled laborer can get in Alabama,” said Michael Pachter, an analyst with Wedbush Securities. “But in higher-costs states, it’s barely a living wage. 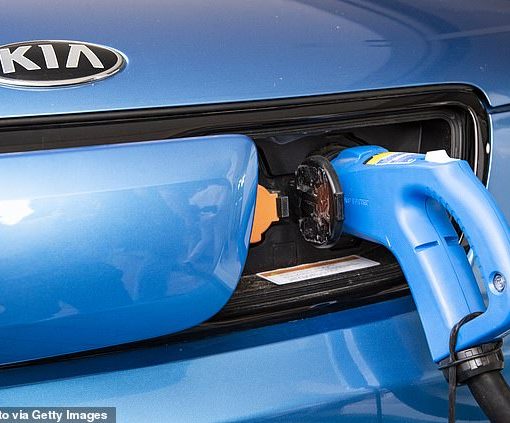 Tesla is poised to become a powerhouse in the automobile industry as the world is ditching gas-powered vehicles for electric, but a […] 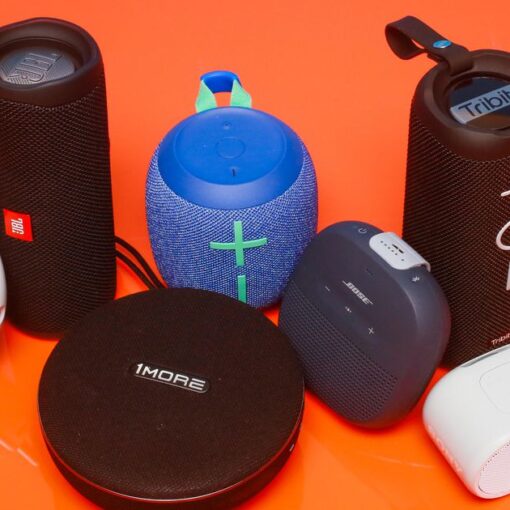 In our quest to find the best Bluetooth speaker, we considered factors such as battery life, sound quality and more — below, we […]