Here is a statistic that, for many, still resonates down the years. When England made history by beating the All Blacks on Kiwi soil for the first time in 1973, no fewer than five of their starting XV played their club rugby for Coventry. Four of that quintet – David Duckham, Peter Rossborough, Peter Preece and Geoff Evans – were born and schooled locally. Their club, widely regarded as the strongest around, were the knockout champions of England in both 1973 and 1974.

Almost half a century later this traditionally fertile hotbed of English rugby is engaged in a very different kind of struggle. The club’s executive chairman, Jon Sharp, does not mince his words. “At the moment we’ve got a crippled league,” he says bluntly, deeply unhappy at the lack of official support – and central funding – for upwardly-mobile Championship clubs. “They’re sitting back, letting us wither on the vine and saying: ‘There you go, Plan A is working.’ Are we being sold down the river? Yes, that’s the right phrase.”

Which is why, for “Cov” and all the other still-ambitious sides in the Championship, these are critical days. While many in the game are being distracted by the knockout stages in Europe and the women’s Six Nations, crucial talks took place with Rugby Football Union officials last week about the Championship’s future. “Dismissive” and “deplorable” are among the kinder words used to describe the RFU’s attitude, with all the signs pointing to a continuing funding freeze and a moratorium on Premiership promotion and relegation for three years from this summer. “The feedback I’m getting is they were very dismissive of us and the meeting was just to tick the boxes,” reports Sharp.

Clearly these are difficult financial times but, as previously outlined in the Guardian by Dicky Evans, the longtime backer of the Cornish Pirates, it boils down to how English rugby sees itself in a decade’s time. Clubs such as Coventry believe a properly financed second tier of well-run community-minded clubs is a vital development tool – 13 of the players capped for England by Eddie Jones have played at least 10 Championship games – which the RFU should wholeheartedly embrace. Others see only the existing Premiership cartel flourishing and the rest reverting to semi-professional or amateur status.

Sharp believes the latter course – “I think it would be a huge mistake” – will scar the English game permanently just when France are looking at a third professional league below the Top 14 and Pro D2. In England, by contrast, central funding for Championship clubs has now shrunk from £670,000 two years ago to £150,000 for this season (of which just £80,000 comes from the RFU) with every prospect of it remaining at that lowly level until 2024.

Even the money from Premiership Rugby, which has previously contributed to the central pot in return for the scrapping of the Championship play-offs, is now under scrutiny with no club being relegated. “Premiership Rugby have not yet confirmed they are going to give us anything for the coming season,” confirms Sharp. “That’s a pretty big deal for me.”

It does not help, either, that some Championship clubs have different priorities, with others complaining of being kept out of the loop by their own negotiators who have been sworn to secrecy by the RFU. “We probably are at a tipping point,” continues Sharp. “It’s so annoying because when people say ‘The Championship clubs couldn’t compete in the Premiership’ it becomes a self-fulfilling prophecy. Pirates beat Saracens last month and when we played Sarries away in pre season we were in the lead for 60 minutes before losing 48-33. And that’s with quite a few part-timers in our squad.”

So what happens next? There are some in the Championship who advocate severing ties with the RFU and going it alone, using their own commercial nous and contacts to create a more attractive and financially sustainable product. Sharp, keen to put something back into his community after making a modest fortune leasing commercial aircraft engines, believes benefactors such as himself could do even more for English rugby if only they were encouraged to do so.

That shared trust is currently badly frayed. “The Championship executive has its heart in the right place but I believe they’re being strung along by the RFU,” says Sharp. “There are one or two clubs in this division who have no ambition to go any further. That’s fine, you expect that. But why should Pirates, Ealing and Coventry – we’re not ready yet but in another five years we probably will be – have to be branded the same?”

In Coventry’s case, the ambition remains for a multi-sports Butts Arena complex with a capacity in excess of 10,000 and hospitality facilities attached as and when the Covid-19 mists clear. Sharp reckons 14 or 16 Championship clubs should be centrally funded to the tune of £1m each per season, a relatively modest figure given the government recently allocated £135m in emergency funding to English rugby union, of which £59m has been allocated to the Premiership and only £9m to the Championship.

All of which adds to the steadily gathering tension. “We must challenge the RFU to actually state what their vision is for the league,” concludes Sharp. “Ideally they would make a clear strategic statement, acknowledging the Championship as being the central link between the national leagues and the Premiership and the natural development path for players into the Premiership and the England team. To fulfil that set of objectives it needs to be a fully professional league. How can you run a professional team with Premiership aspirations on central funding of £150,000 when, of that amount, you’ve got to spend £100,000 on minimum standards anyway?

“Covid is being trotted out as an excuse for everything but we were already shafted before it happened. Why shouldn’t Championship clubs who can meet the criteria to go up into the Premiership be facilitated, as Exeter were? It should be an open book. If you kill that concept, you’re killing the sport. At the moment what we’ve got is a hamstrung bloody league.”

After 33 years of contributing to the rugby pages of the Guardian and Observer, my esteemed longtime colleague Paul Rees has finally crawled away from his last Breakdown for a well-earned rest. Which means that, in future, the Breakdown will appear slightly earlier in the week and be brought to you by a different author. If readers have any specific content ideas or preferences – constructive ones preferably – for this space please feel free to get in touch, either on email, Twitter or below the line.

RONNIE O’SULLIVAN – WILL HE PLAY AT ENGLISH OPEN TODAY? Five-time world champion has sprained his ankle – and he’s been told […]

Maybe Thomas Tuchel really is a tactical genius. Faced with a concrete-booted central defence and an opposing manager who insists on playing […] 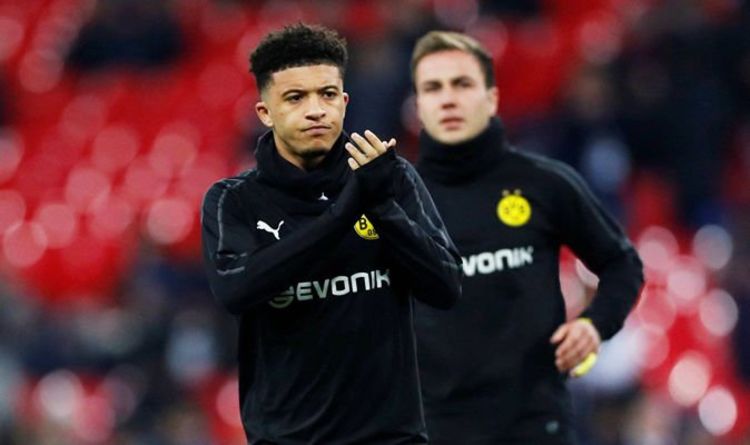 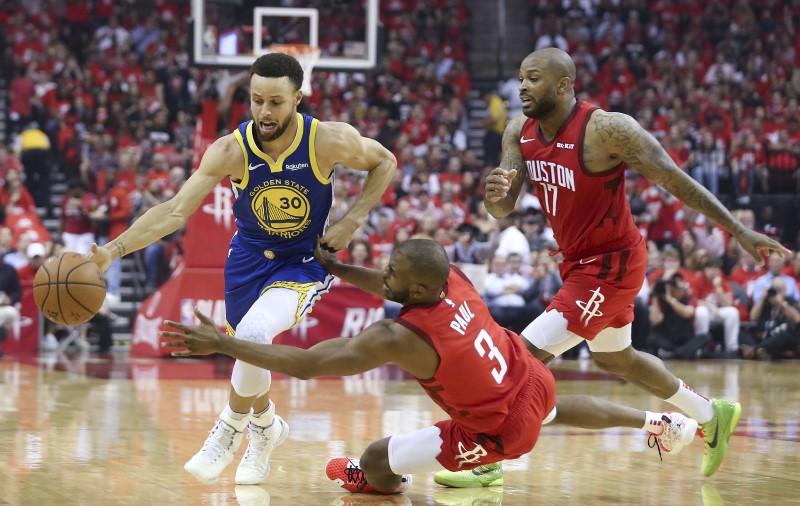 Stephen Curry and Klay Thompson combined for 60 points, and the visiting Golden State Warriors pulled away late in Game 6 to […]