Chelsea fight club! Ben Chilwell makes light of Antonio Rudiger and Kepa’s training ground spat by punching Kurt Zouma for the cameras at Cobham as German defender, who was dismissed from a session on Sunday, trains with his team-mates

Chelsea’s stars are seeing the funny side of Antonio Rudiger’s training ground bust-up with Kepa Arrizabalaga.

Ben Chilwell pretended to punch Kurt Zouma as they walked out onto the training pitch in front of the watching cameras.

The scene was evidently making light of their team-mate’s heated exchange at Cobham on Sunday. 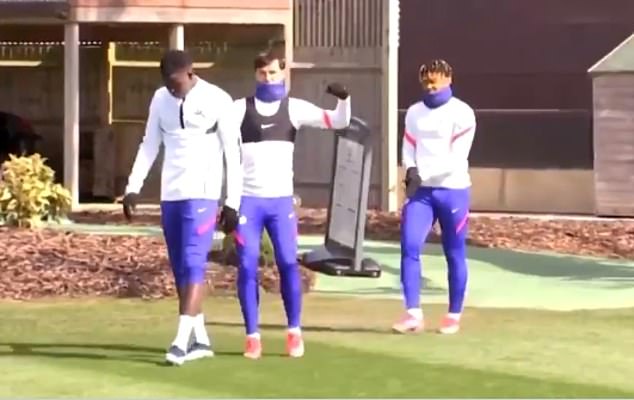 Zouma led Chilwell and Reece James onto the pitch and the left-back jogged up behind him in a punch motion before softly hitting him on the shoulder.

The Frenchman enjoyed the gag and it seems as though the incident is in no way an issue for the Blues.

The physical confrontation between Rudiger and Arrizabalaga at Cobham came on Easter Sunday less than 24 hours after Chelsea had been hammered by West Brom 5-2. 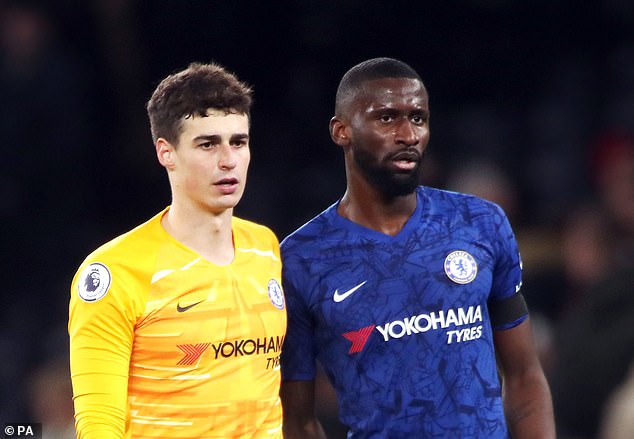 There was pushing and arguing in the spat between the men, neither of whom played in the defeat, when tempers flared in training.

Tuchel then sent his defender into the changing rooms shortly before the end of the session to calm down.

Rudiger was dismissed after a shoving match following a late tackle during a small-sided training exercise, although Rudiger later apologised unprompted and the pair made up.

The air has been cleared ahead of a massive game against Porto in the first leg of the Champions League quarter-final on Wednesday night and Tuchel will hope his players can fully refocus after Saturday’s drubbing. 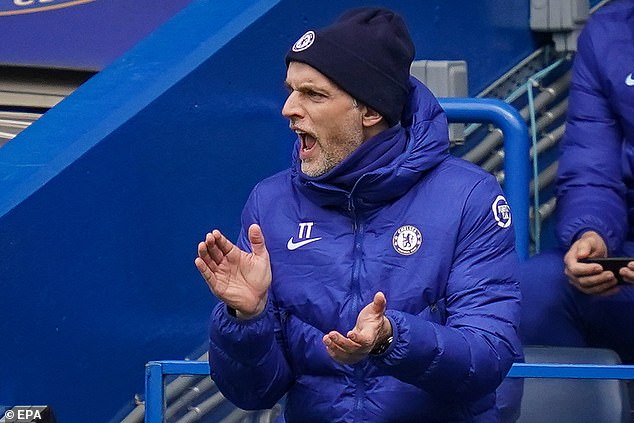 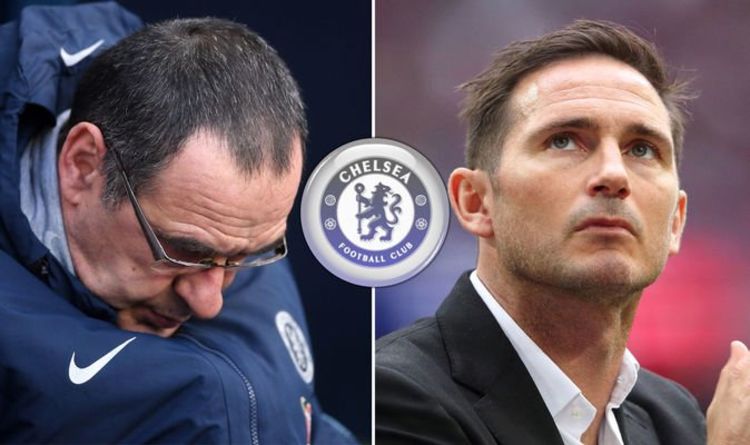 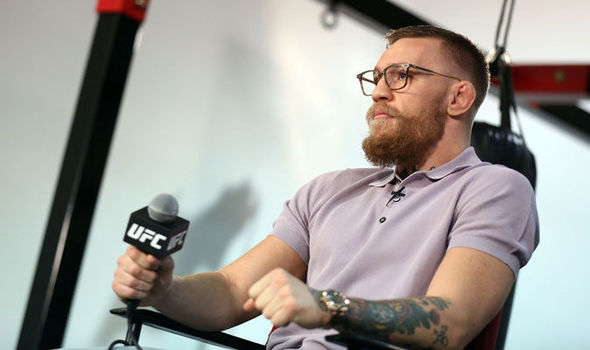 Perhaps the most brutal thing for Exeter City’s players, even more than the battering to which they had just been subjected, was […]