BANGKOK — Thai health officials are considering the closure of entertainment venues in Bangkok after an outbreak of coronavirus cases in nightspots in and around the capital, and another at a prison in the south.

Apisamai Srirangsan, a spokesperson for the Center for COVID-19 Situation Administration, said 194 new coronavirus cases were confirmed, most from Bangkok entertainment venues and from Narathiwat prison. Thailand has had 29,321 confirmed cases, including 95 deaths.

The center ordered affected nightspots closed until they undergo deep cleaning. Bangkok’s city government announced the names of the venues involved and urged people who patronized them over the past month to be tested for COVID-19.

Health officials said they are considering ordering the closure of all Bangkok entertainment venues for two weeks to try to stop the spread of the virus.

The outbreaks come just ahead of the major holiday of Songkran in mid-April, which usually sees an exodus of people from cities to visit relatives in other provinces, and is generally celebrated over an entire week. The official holiday was postponed last year because it came right after Thailand’s first wave of the virus.

The government is trying to finalize plans to gradually reopen the country to foreign tourists, who stopped coming after scheduled passenger flights into the country were banned in April last year.

— A pandemic year in the life of seven New Yorkers

LONDON — The British government says all adults and children will be able to have routine coronavirus tests twice a week as a way to stamp out new outbreaks as the U.K. emerges from lockdown.

Prime Minister Boris Johnson said regularly testing people who don’t have symptoms would help “stop outbreaks in their tracks, so we can get back to seeing the people we love and doing the things we enjoy.”

The lateral flow tests, which will be available by mail or from pharmacies, give results in minutes but are less accurate than the PCR swab tests used to officially confirm cases of COVID-19. The government insists they are reliable and will play an important role in opening up society.

The tests are being introduced as Johnson announces the next steps in the country’s road map out of its three-month lockdown. Johnson is expected to confirm later Monday that hairdressers, shops and pub and restaurant patios will reopen in England on April 12.

Johnson is unlikely to tell Britons when they will be able to go abroad on vacation — currently banned by law — though the government has said it will not be before May 17.

LISBON, Portugal — A half-million children are going back to school in Portugal as the southern European country continues to ease more of its pandemic measures.

On Monday, children up to 15 years old returned to classes for the first time since the lockdown came into force in January, when Portugal was the worst-hit country in the world by size of population.

Cafe and restaurant esplanades also reopened with a maximum of four people sitting together.

Museums and national monuments, small streetside stores and gyms opened their doors again, too, though with some limits on capacity.

The country’s intensive care units had more than 900 patients in early February but now are looking after 117.

BELGRADE, Serbia — Serbia has eased measures against the coronavirus despite high numbers of infections and a slowdown in vaccinations.

The government on Monday allowed bars and restaurants to serve guests outside at reduced capacity and with respect of social distancing rules.

Authorities have said the move is aimed at keeping the economy running. Officials have urged business owners to adhere to the rules and warned they will boost controls.

After vaccinating some 1.5 million people, the Balkan nation of 7 million has seen the drive slow down as fewer people have stepped forward to receive jabs.

TEHRAN, Iran — Iran’s capital is once again facing the highest level of restrictions imposed to curb the spread of the coronavirus as the country struggles with a new surge in daily deaths.

State media say the measure on Monday is the third time Tehran faces a so-called code red since the pandemic began. A code red involves a ban on any travel by personal cars to and from cities, and limits working hours of many business and offices to prevent the spread of the virus.

The report comes as Iran’s daily death toll again reached three digits, after months of being under 100. On Sunday, 161 deaths were reported, bringing the registered death toll in Iran to more than 63,000, the highest in the Middle East. Iran has reported some 1.9 million confirmed cases of the virus

Authorities blame the increase in the daily death tolls on large gatherings and travels during the Iranian New Year, or Nowruz, holidays in March.

Also on Monday, Iran said it received the first shipment of COVID-19 vaccines from the Netherlands through the global COVAX initiative. The country’s Health Ministry spokesman Kianoush Jahanpour says the first batch includes 700,000 doses of the AstraZeneca vaccine.

So far, Iran has vaccinated less than 2% of its more than 80 million people with vaccines imported mainly from Russia, China and India.

The decision came after health authorities said that they were facing overwhelming pressure in intensive care units in recent weeks because of severe infections. This is the second time the South Asian nation has enforced a virus lockdown after the first last March.

On Monday, authorities suspended operations of all domestic flights, river transport, and trains. Only emergency services will remain operational.

Banks will operate for only two and a half hours daily. Industries are allowed to operate but factory owners have to facilitate commute of their workers.

The government has asked people not to go out from 6 p.m. to 6 a.m.

Owners and workers of shopping malls in Dhaka’s Elephant Road area took to the streets Monday, demanding that authorities allow them to run their shops.

Bangladesh has reported 637,364 virus cases since the pandemic began, with 9,266 deaths.

TOKYO — Special coronavirus measures started Monday in Osaka and its neighboring prefecture in western Japan and another prefecture in the north as Japan tries to minimize the impact to specific areas where infections are rising ahead of the Tokyo Olympics.

Osaka, Hyogo and Miyagi in the north have had sharp increases in daily cases since early March.

Experts have raised concerns about Osaka’s rapid spike — with many cases linked to new variants of the virus first detected in Britain — and the burden on health care.

Osaka Gov. Hirofumi Yoshimura said he was alarmed by the fast-spreading new variants and urged the residents to use caution and cooperate. Serious cases are on the rise and flooding hospitals and that medical systems in Osaka are under heavy pressure, Yoshimura said. He has proposed canceling a torch relay scheduled to pass Osaka City on April 14 and is now discussing a route change.

Under the measures, effective for one month until May 5, restaurants and bars in Osaka, Nishinomiya, Amagasaki, Ashiya, Kobe and Sendai are asked to close by 8 p.m. Residents are requested to stick to basic safety measures including mask-wearing, social distancing and avoiding non-essential outings.

NEW DELHI — India has reported its biggest single-day spike in confirmed coronavirus cases since the pandemic began, and officials in the hard-hit state home to Mumbai are returning to the closure of some businesses and places of worship in a bid to slow the spread.

The Health Ministry on Monday reported 103,558 new COVID-19 infections in the last 24 hours, topping the previous peak of 97,894 daily cases recorded in late September. Fatalities rose by 478, raising the country’s death toll to 165,101.

India now has a seven-day rolling average of more than 73,000 cases per day and infections in the country are being reported faster than anywhere else in the world.

The biggest contributor to the surge has been the western state of Maharashtra, home to the commercial capital of Mumbai. The state has contributed more than 55% of total cases in the country in the last two weeks.

The state will start shutting cinemas, restaurants, shopping malls and places of worship from Monday evening. Authorities will also impose a complete lockdown at weekends.

Sri Lanka received the donation of 600,000 doses last week but won’t administer it to Sri Lankans until it gets clearance from the World Health Organization.

Sri Lanka has used the Oxford-AstraZeneca vaccine since January to vaccinate more than 903,000 people. It also plans to buy 7 million doses of the Russian Sputnik V vaccine.

MANILA, Philippines — The Philippine government extended a lockdown by another week Monday after an alarming spike in coronavirus infections continued to surge and started to overwhelm many hospitals in the capital and outlying regions.

President Rodrigo Duterte placed Metropolitan Manila and four outlying provinces, a region of more than 25 million people, back under lockdown last week as daily infections breached the 10,000-mark. Leaders of the dominant Roman Catholic church shifted its Holy Week and Easter events online after all public gatherings, including in places of worship, were temporarily banned.

The government-run Lung Center of the Philippines became the latest hospital in the capital region to announce over the weekend that it can no longer accept walk-in patients after its COVID-19 ward reached full capacity while its emergency room was now handling twice its capacity.

Other hospitals said they could take steps to expand bed capacity but there was inadequate number of medical workers partly because many had also been infected.

The Philippines has reported more than 795,000 COVID-19 cases with 13,425 deaths, the highest totals in Southeast Asia after Indonesia.

BEIJING — COVID-19 cases in the southwestern Chinese city of Ruili bordering on Myanmar have now topped 100.

That comes as authorities have launched an aggressive campaign to vaccinate all 300,000 residents of the city, whose outbreak is something of an anomaly in a country that appears to have all-but eliminated local transmission of the virus.

The National Health Commission reported an additional 20 cases on Monday, five of them in which the persons showed no symptoms.

The cases were detected during city-wide nucleic acid testing, bringing the city’s total to 51 confirmed cases and 56 asymptomatic cases, which China has placed in a separate category.

Confirmed cases are treated in hospital while those who test positive without showing symptoms are isolated and placed under isolation.

Ruili on Friday launched a five-day drive Friday to vaccinate its entire population, with state media showing people lining up to get the jab.

Some of those infected are Myanmar nationals and authorities have offered free vaccinations to foreigners living and working in the city.

Residents have been order to quarantine at home and non-essential businesses have been closed. Security measures have also been tightened along the porous border to prevent illegal crossings.

ROME — Priests, nuns and other people living in community settings are among the vaccination priority groups permitted under Italy’s revised national rollout. The country’s Piedmont region is going a step further by opening a special vaccine center just for the leaders of religious communities.

Medical personnel at the Cottolengo hospital complex in Turin are set to administer the vaccine to official representatives of Buddhist, Catholic, Jewish, Muslim, as well as Waldensian and other non-Catholic institutions in Piedmont starting Wednesday.

The shots must be given in accordance with the national plan that requires the general population to be vaccinated in descending order of age, beginning with individuals 80 or older or have grave disabilities, then moving down the rollcall to those in their 70s,

Public health officials have looked to random antibody testing to gauge what percentage of various populations have been infected with coronavirus.  But […]

Advocating abstinence to teens hasn’t proven very effective with regard to sex, and the same is likely to be true for sexting, […]

(Reuters Health) – One in eight adults with heart disease delays filling prescriptions. takes less of the medication than prescribed, or skips […] 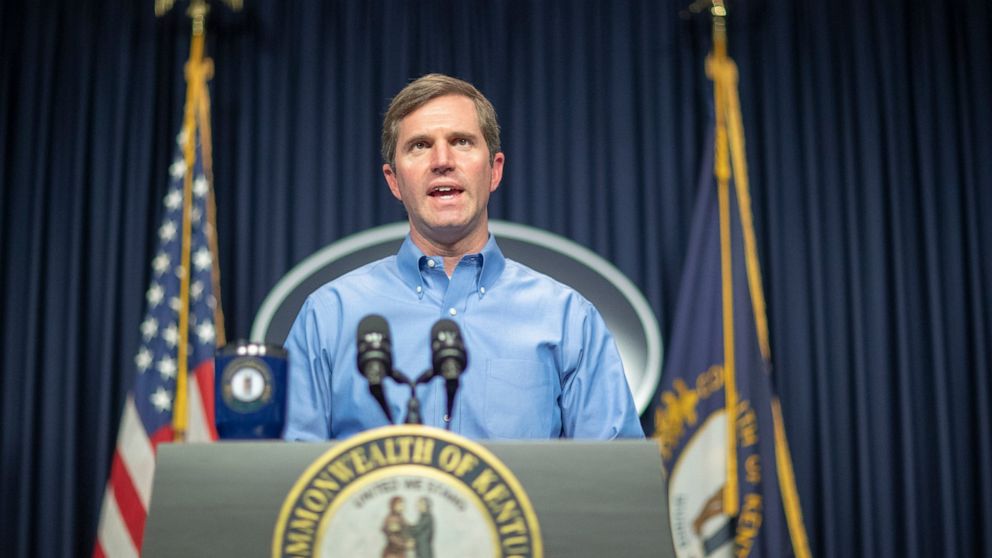