Pandemic willing, live shows will be back across the United States this spring and summer. (A patchwork of them, anyway.) Scores of festivals, benefits and theatrical events are playing it safe with digital editions or postponements, but some impresarios are forging ahead, adhering to safety protocols, capping audience size and keeping it outside, mindful of all the artists and fans left bruised last year by cancellations.

Jacob’s Pillow, a premier dance festival in Becket, Mass., will be scaled down to 15 or 20 companies from the 50 companies that had to be canceled last summer. In 88 years, it was the first time the show did not go on.

“We even had one in the middle of World War II,” said Pamela Tatge, the executive and artistic director of Jacob’s Pillow since 2016. “Now we’re hearing this outpouring of ‘Thank God, I’ll be there!’ People have so much pent-up need to come together for something so beautiful and transformational as dance.”

Stargazing at the night sky that envelops the stage at Central Park’s Delacorte Theater is another reliably transformational experience. The Public Theater’s Free Shakespeare in the Park resumes July 5 to August 29 with “Merry Wives,” set not in Windsor but South Harlem, an adaptation by Jocelyn Bioh and directed by Saheem Ali. The cast has not been announced, and perhaps only one-quarter (500) of the al fresco seats will be filled, depending on evolving regulations.

If you are ready to tackle something bolder than a staycation, here’s a road map of where the cultural landscape in the United States is shifting to guarded optimism. With reduced capacity, tickets will likely go fast, and expect to pay higher prices since routine testing of performers, bubble residencies and reimagined outdoor stages come at a cost. Don’t forget to pack your mask.

Like so much else, the Twin Cities music scene has been battered. The Hook and Ladder, a popular venue in south Minneapolis, survived through donations and streaming local bands’ performances. Their new outdoor live music series, Under the Canopy, will unfold in a roomy tent in the parking lot, accommodating 182 people broken into pods. The bluesman James Samuel “Cornbread” Harris Sr., celebrating his 94th birthday, kicks it off on May 1. Gigs will continue until October 2, including crowd-pleasing acts like Davina and The Vagabonds, Keller Williams and Dale Watson. Tickets $10-$50.

Kaatsbaan, a dancers’ retreat and arts center in Dutchess County, successfully hosted its first outdoor dance festival last summer for small, masked groups. This year, its inaugural spring festival expands to include music, poetry and culinary round tables celebrating Hudson Valley chefs, farmers and food writers. American Ballet Theater, Mark Morris Dance Group, Martha Graham Dance Company, and Patti Smith and Tony Shanahan are among the performers appearing on two wooden stages built in the fields of the 153-acre campus. Altogether there will be 16 hourlong performances over two weekends (May 20-23 and May 27-30, with another late summer or early fall festival is in the planning stages). Bring your own blankets and picnic baskets. Performance tickets $35-$150, with reduced prices for seniors, students, veterans and essential workers.

The Bonnaroo Music and Arts Festival, normally rocking in June, has been moved to Labor Day weekend (Sept. 2 to 5), but its venue, a 650-acre property an hour-plus southeast of Nashville, will not lie dormant until then. Concerts on the Farm gets rolling with the Grammy-winner Billy Strings (May 28), Jon Pardi and guest Jameson Rodgers (May 29), and The Avett Brothers (July 2 to 4), with tickets sold in groups of four. Bring your own chairs and blankets for pods positioned at least six feet apart. Tickets $99-$450.

This two-day barbecue and music benefit for families dealing with pediatric brain cancer is usually held inside a New Orleans arena, which is currently in use as a Covid-19 testing site. Organizers are relocating the festival to the 15-acre Plaquemines Parish Government Facility, outside the city, where 75 barbecue teams will compete June 4-5. Musical acts like Robert Randolph & The Family Band and Old Crow Medicine Show will perform. Previous years have seen 35,000 attendees altogether; this year roughly 5,000 people a day will be admitted. Tickets $69 per day; $130 for two days.

For its 193rd year, this perennial horticultural event is blossoming outside for the first time, spanning 15 acres of South Philadelphia’s FDR Park. Flowers and plants at peak perfection, garden design ideas and edible landscaping are sure to sow inspiration for visitors. Also, look for potting parties, a live butterfly experience and picnic food available for purchase. Reserve tickets for morning or afternoon sessions from June 5-13. Adult tickets $45.

For the first time since 1966, this southern New Hampshire chamber music festival will be held completely outdoors. Backdrops include historic New England meeting houses, village greens and Cathedral of the Pines, an open-air concert space perched on a hilltop overlooking Grand Monadnock Mountain. Instead of full orchestras, there will be soloists and five-member ensembles, mostly Boston-based, bouncing around among 10 villages. The eight weekly concerts, from June 19 to August 14, are free. Three ticketed events ($15 to $75), such as a progressive garden party (July 18) with food, drinks and music at each location, have limited capacity.

Not only was America’s longest-running dance festival, Jacob’s Pillow, axed in 2020, its barnlike Doris Duke Theater was destroyed by fire in November. This year, from June 30 to August 29, the 220-acre campus in the Berkshire Hills will thrum back to life with outdoor staged shows and roving performances where the audience trails the company. (Virtual streaming will be available for those who can’t make it.) Tickets $25 to $45.

Also in the Berkshires, a downsized Tanglewood is returning from hiatus, with the Boston Symphony Orchestra playing a curtailed season (July 9 to August 16; tickets start at $20) for smaller but no less rapturous lawn crowds. The Berkshire Theatre Group is getting back in the action, too, presenting a tented concert series outside Pittsfield’s Colonial Theatre. Highlights include the Tony-winner Kelli O’Hara (June 25 to 26; $100 to $150) and the actor and singer Norm Lewis (July 2 to 3; $75 to $125). The company is also mounting outdoor theatrical productions in Stockbridge, such as Christina Ham’s “Nina Simone: Four Women,” directed by Gerry McIntyre (August 13 to September 5; $75). Chester Theatre Company will stage three productions on the grounds of Pittsfield’s Hancock Shaker Village, including Will Eno’s “Title and Deed,” directed by Keira Naughton (June 16 to 27; $47.50).

Tens of thousands of music lovers once flooded this coastal city for a trio of summer festivals, all of which will rebound this year. The Newport Music Festival (July 4 to 20; $50-$115) will present 17 concerts — less than half its usual number — outside Gilded Age mansions and at the Norman Bird Sanctuary. The new executive director, Gillian Friedman Fox, is stitching together a rich tapestry of works, featuring the contemporary composer Jessie Montgomery and the premiere of a commissioned piece — by a female or Indigenous artist or a person of color — to be announced later, as well as music by marquee names like Beethoven, Bach and Brahms. Fort Adams State Park will be the site for the Newport Folk Festival (July 23 to 25) and the Newport Jazz Festival (July 30 to August 1).

A forested mountain forms the backdrop at Vail Dance Festival’s open-air amphitheater. Last year’s repertoire was virtual, but in-person performances return July 30 to August 9 with distanced seating in the pavilion and along the sloped lawn. BalletX, an acclaimed contemporary company based in Philadelphia, will be in residence as will Calvin Royal III, an American Ballet Theatre star. The artistic director Damian Woetzel, a former principal dancer with New York City Ballet, has long been admired for exploring and encouraging inventive programming. To that end, up to 50 events, some of them free, are in the works. Ticket prices are yet to be determined.

Thursday, 19th October 2017 See today’s front and back pages, download the newspaper, order back issues and use the historic Daily Express […] 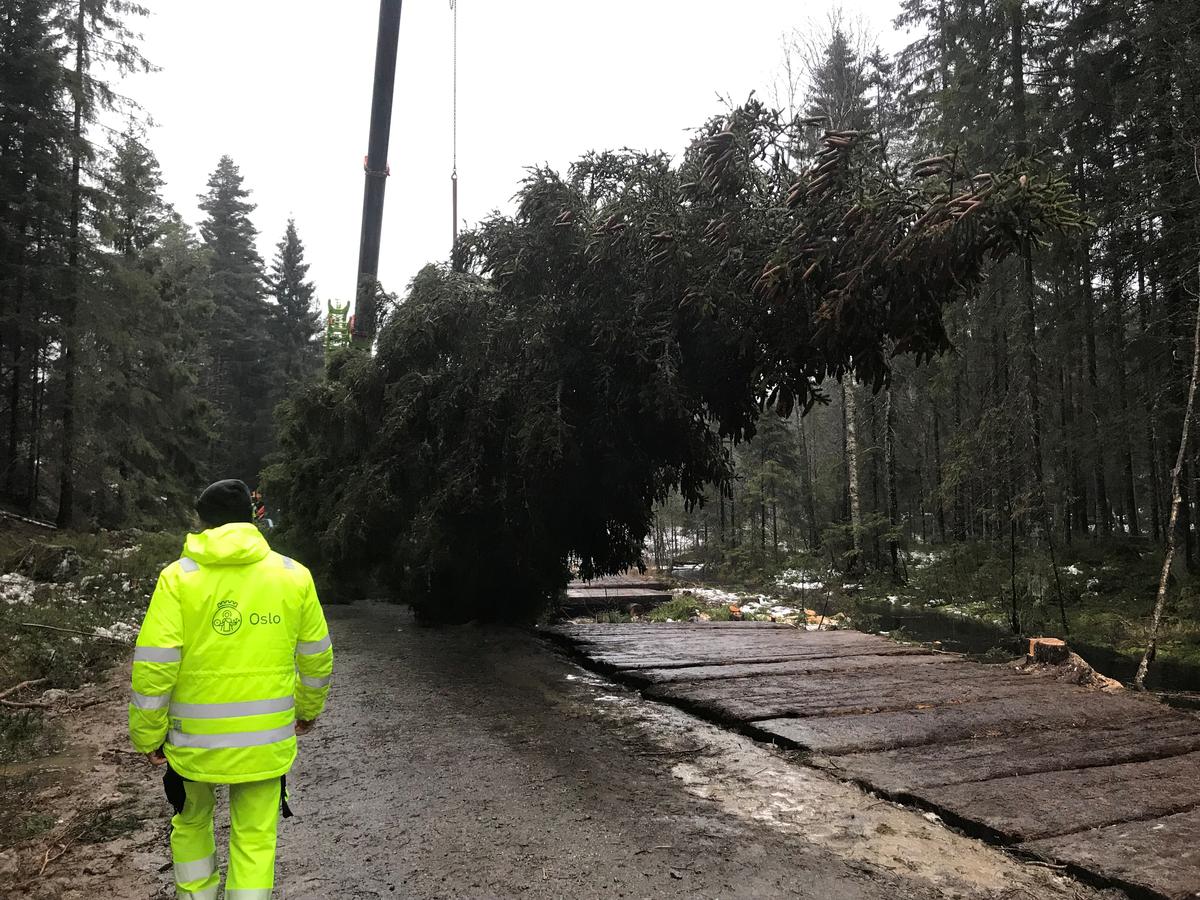 A Christmas tree that will be transported to London’s Trafalgar Square is seen in the forest outside Oslo, Norway, November 19, 2019. […] 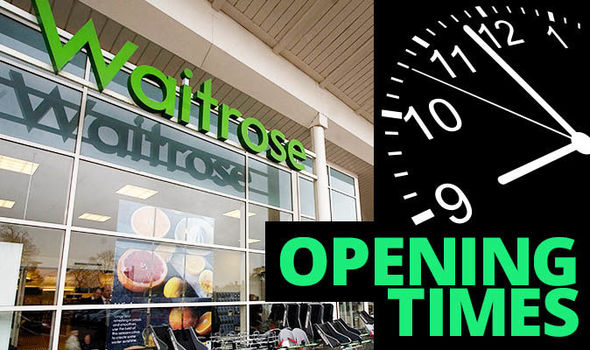 The up-market supermarket stocks all the festive essentials your need at this time of the year, from Turkeys to bubbly and hampers […] 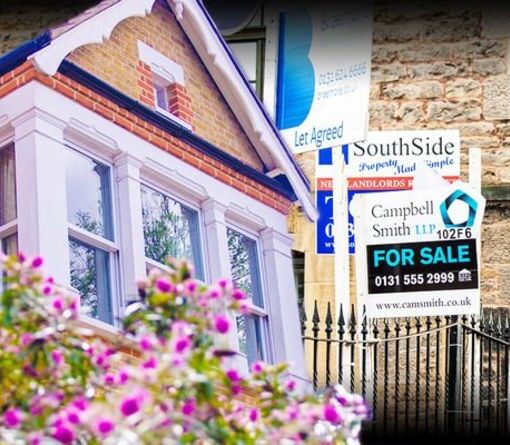