Jordan’s former crown prince has been accused of a coup plot and told not to leave his house except to visit family as 19 others are arrested.

In what Prince Hamzah described as his last available form of communication before his satellite internet was cut off, he said the chief of general staff visited him early Saturday morning.

In the five-minute video from his palace in Amman, shared by his lawyer with the BBC, he said: ‘I had a visit from chief of general staff of the Jordanian armed forces this morning in which he informed me that I was not allowed to go out, to communicate with people or to meet with them because in the meetings that I had been present in – or on social media relating to visits that I had made – there had been criticism of the government or the king.’

It reportedly comes after the prince made a visit to tribal leaders where he is said to have garnered support. Prince Hamza denied any wrongdoing. 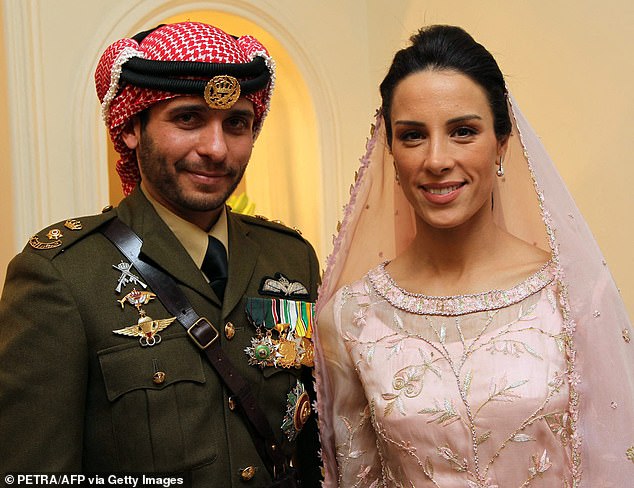 He said he had been isolated inside his home with his Canadian wife Princess Basmah Bani Ahmad and their five young children. Pictured on their wedding day in 2012 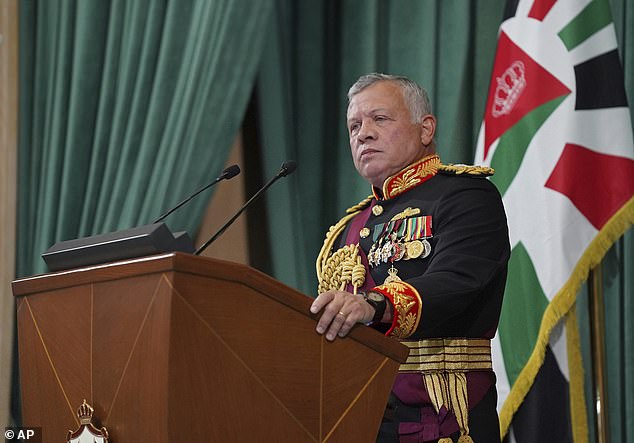 General Yousef Huneiti, the army chief of staff, denied reports that Prince Hamzah was arrested but said he was asked to ‘stop some movements and activities that are being used to target Jordan’s security and stability’. Pictured, Jordan’s King Abdullah II in December 2020

General Yousef Huneiti, the army chief of staff, denied reports that Prince Hamzah was arrested but said he was asked to ‘stop some movements and activities that are being used to target Jordan’s security and stability’.

He said an investigation is still ongoing and its results will be made public ‘in a transparent and clear form’.

‘No-one is above the law and Jordan’s security and stability are above all,’ he told the official Petra news agency.

Prince Hamzah, whose title of crown prince was rescinded by the king in 2004, went on to say: ‘I am not the person responsible for the breakdown in governance, the corruption and for the incompetence that has been prevalent in our governing structure for the last 15 to 20 years and has been getting worse… And I am not responsible for the lack of faith people have in their institutions.

‘It has reached a point where no one is able to speak or express opinion on anything without being bullied, arrested, harassed and threatened.’

He said he had been isolated inside his home with his Canadian wife Princess Basmah Bani Ahmad and their five young children. 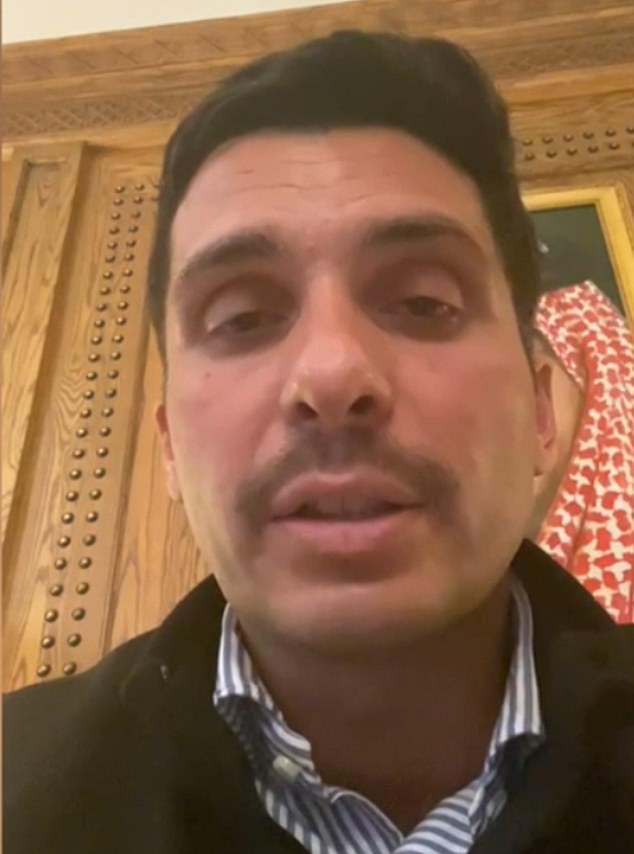 Prince Hamzah bin Hussein (pictured), the half-brother of Jordan’s King Abdullah II, whose title of crown prince was rescinded by the king in 2004, recorded a five-minute video from his palace in Amman

Petra had earlier reported that at least two senior officials who formerly worked for the palace ‘and others’ were arrested for ‘security reasons’, without providing further details.

The agency did not provide further details or name the others who were arrested.

Jordan has long been a key Western ally and an island of stability in a turbulent region. It borders Israel, the Palestinian territories, Syria, Iraq, and Saudi Arabia.

Abdullah has ruled Jordan since the 1999 death of of his father, King Hussein, who ruled the country for close to half a century.

Abdullah has cultivated close relations with US and other Western leaders over the years, and Jordan was a key ally in the war against the Islamic State group.

The country’s economy has been battered by the coronavirus pandemic.

Jordan, with a population of around 10 million, also hosts more than 600,000 Syrian refugees. 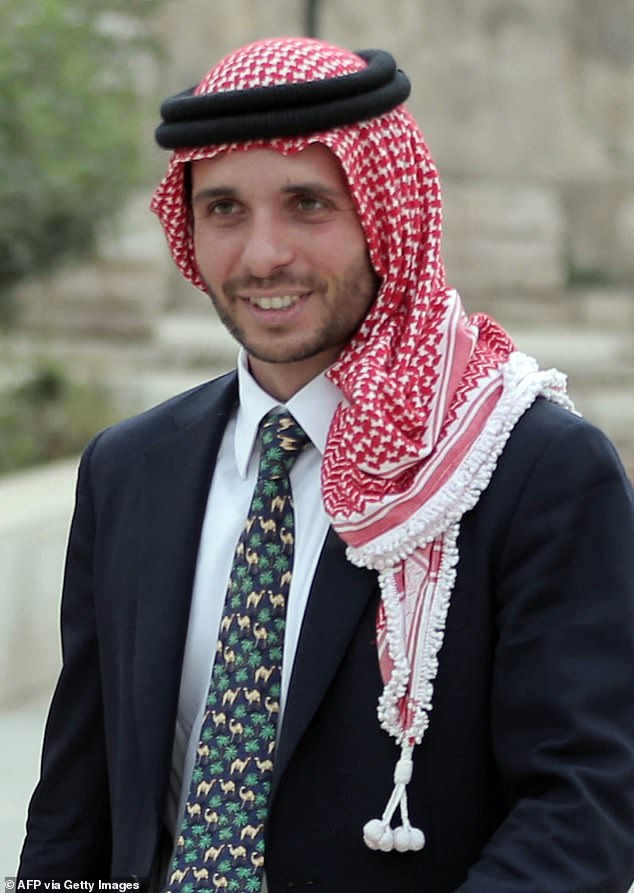 Prince Hamzah (pictured in 2015) went on to say: ‘I am not the person responsible for the breakdown in governance, the corruption and for the incompetence’

Jordan made peace with Israel in 1994, but relations have been tense in recent years, largely due to differences linked to Israel’s conflict with the Palestinians.

Jordan is home to more than two million Palestinian refugees, most of whom have Jordanian citizenship.

Abdullah stripped his half-brother Hamzah of his title as crown prince in 2004, saying he had decided to ‘free’ him ‘from the constraints of the position of crown prince in order to give you the freedom to work and undertake any mission or responsibility I entrust you with.’

Abdullah had chosen Hamzah as his crown prince hours after their father died of cancer in February 1999.

The designation was out of respect for Hussein, who is known to have favoured Hamzah the most among his 11 children from four marriages.

Abdullah and Hamzah have not displayed any open rivalry over the years. 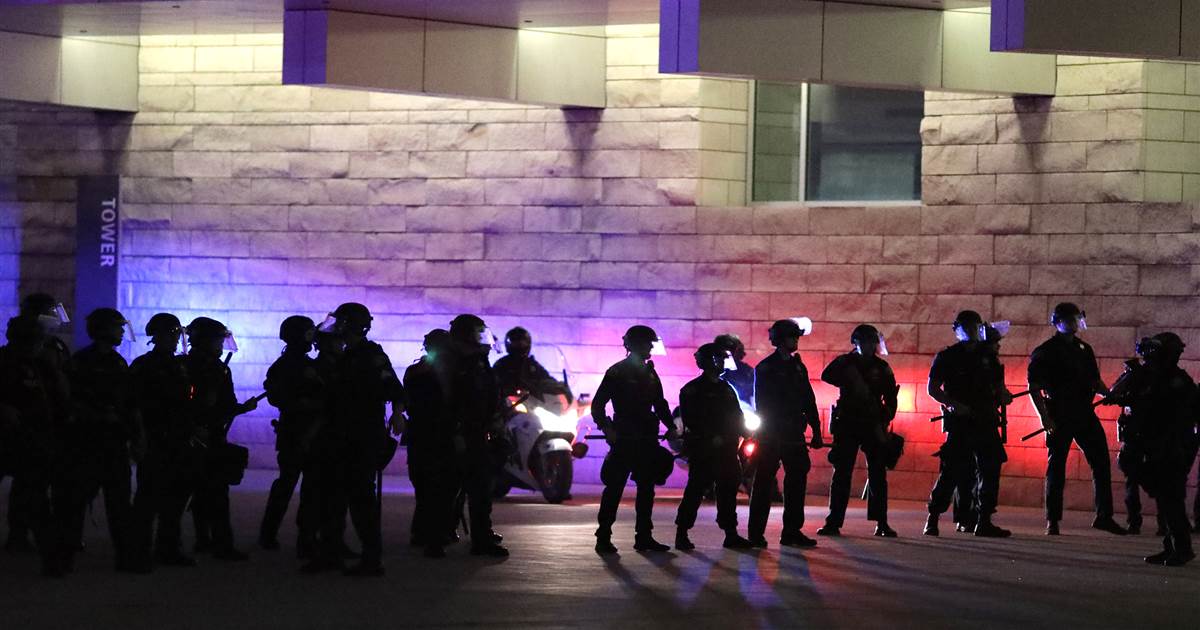 Four police officers in San Jose, California, have been placed on leave while the department says it is investigating alleged racist and […] 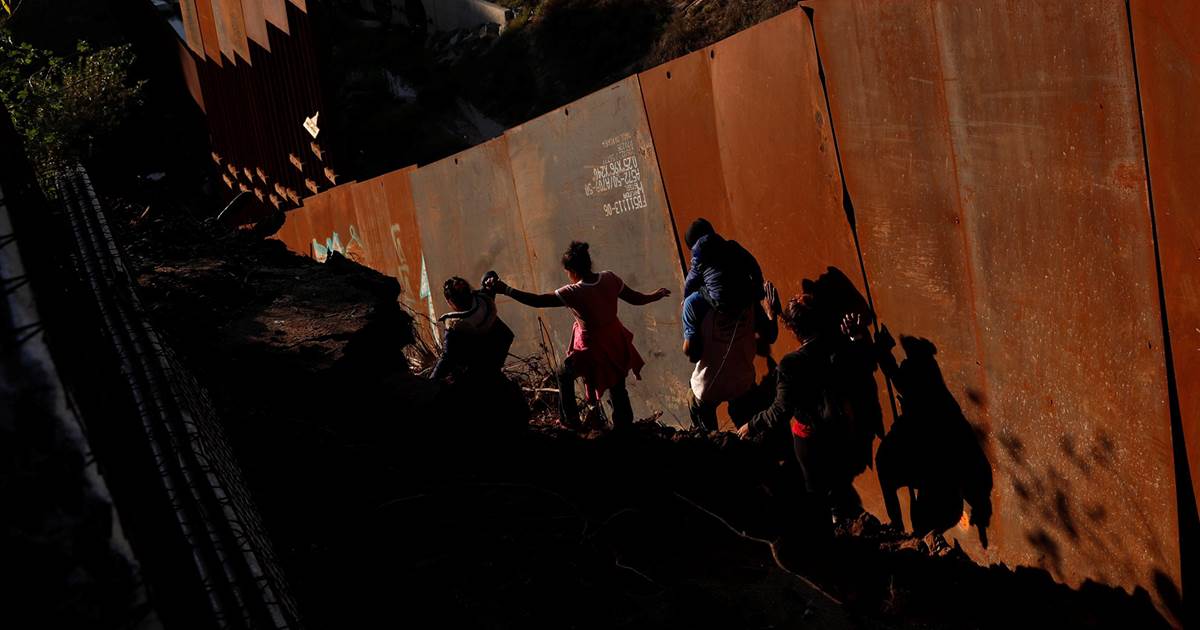 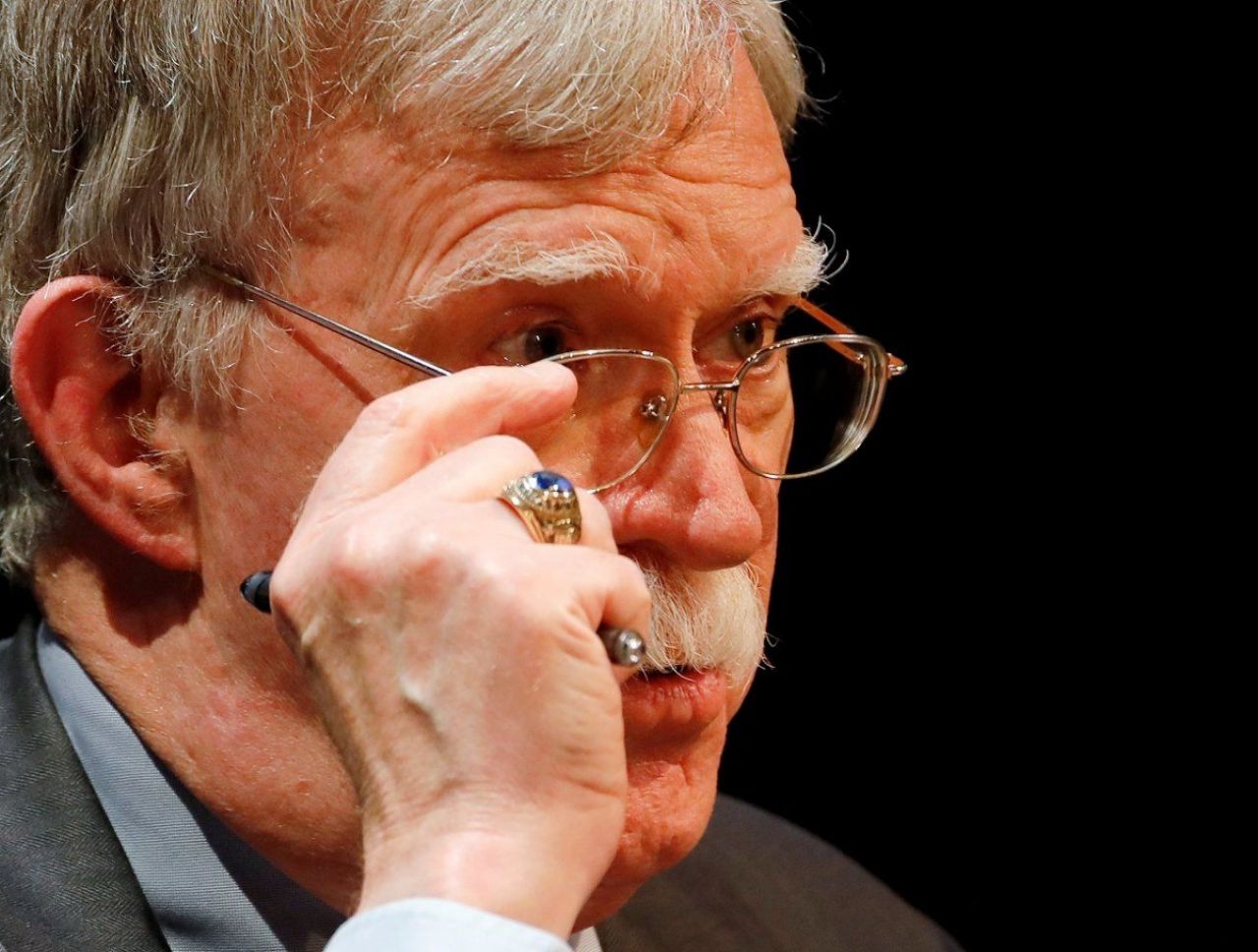