MOSCOW—Russia’s imprisoned opposition leader, Aleksey Navalny, is on a hunger strike in a notorious penal colony. He says he suffers from back pain while prison guards “torture” him by waking him every hour at night. Independent prison observers have been desperate to check up on him, with hundreds of Russian public figures sending open letters and petitions to authorities, calling for a halt to the humiliating treatment. Human rights activists addressed the Kremlin on Friday more bluntly: “He is being slowly killed.”

The response? Instead of sending an independent human rights observer or a doctor to visit Navalny in prison, the Kremlin sent Maria Butina, a Russian spy and U.S. ex-convict. Now a pro-Kremlin activist, Butina pleaded guilty in a U.S. court in 2018 to acting as a Russian agent while infiltrating the NRA and Republican Party political circles.

Butina reported what she had heard from other inmates in the prison colony, called IK-2, complaining not about conditions in the prison, but about Navalny himself. Butina said other inmates despised Navalny’s for “lying in bed all day “like a master,’” and said he “does not clean after himself.” She insisted that Navalny was living in better conditions than she had endured in American jail. “My recommendation to Aleksey: if you committed a crime, be a man, serve your time.”

Butina also posted a video clip said to show Navalny slowly pacing in his barrack: “He is walking! Oh, this is magic! With a cup of coffee,” she commented. Mr. Navalny had said his legs were going numb from the back pain.

Butina said Navalny was rude to her during their about 20-minute-long conversation, accusing her of telling lies and stealing. A transcript of the alleged dialogue with Navalny was published on Telegram, with Butina saying: “You know perfectly well that if you are not cleaning, somebody cleans for you. I have been to prison. I know that it becomes somebody else’s responsibility.” Navalny purportedly responded by telling her she lies a lot, and that, “everything [she says] is endless lies, including your stories about American prison.”

Human rights defenders were in shock. “At the time when Navalny obviously needs professional medical help, they send an RT state TV channel crew to that very penal colony–this is an unacceptable situation,” Tanya Lokshina, director of the Russian program at Human Rights Watch, told The Daily Beast.

Rules do not prohibit an outside doctor from providing care in prison, Lokshina explained, adding, “We are aware of cases in which the Russian prison system provided civilian doctors for sick inmates.”

Butina’s comments horrified a former prisoner of IK2, Vladimir Pereverzin. “It is hard to imagine anything more cynical and misleading,” he said. “Nobody is allowed to stay in bed in that prison. If she says he stays in bed all the time, it means he is so sick that the prison doctor allowed it,” Pereversin, an economist who was swept up in a crackdown on an oil company a decade ago, told The Daily Beast. After spending seven years behind bars, Pereversin described his experience at the prison as a constant nightmare.

“The prison guards humiliated me constantly,” he said. “They fabricated reports against me so just like Navalny I had to go on hunger strike. I even stabbed myself in the stomach and only then did they moved me to a single cell, which was a huge relief.”

An opposition playwright and satirist, Viktor Shenderovich, said the visit by Butina symbolized the general tone of mockery in Kremlin policy.

“The government decided to kill Navalny, to destroy him both physically and morally,” Shenderovich told the Daily Beast. “This is not a political move but a moral issue: Russia is split right now between obvious supporters of good and of those who support evil.”

Shenderovich described the ordeal as somewhat of a “win” for Kremlin loyalists.

“Many Kremlin supporters are giggling now when they read Butina’s comments,” he said. “They are happy to see the Kremlin trolling and mocking the West and Navalny supporters. But actually, this is the humiliation of morality itself.” 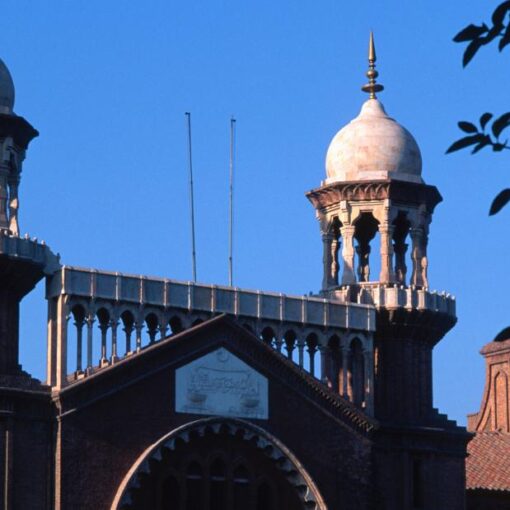 The Lahore High Court in Punjab province on Monday declared the practice illegal, saying it has “no medical basis” and “offends the […]

The party unveiled its first detailed fiscal policy today, just weeks away from the September 23 national election.  The election is shaping […]