Horrific video footage has emerged appearing to show members of the Ethiopian military carrying out a massacre in which at least 15 unarmed men were rounded up and shot in the back of the head in the war-torn region of Tigray.

Their dead bodies can be seen strewn across the mountainous terrain while the perpetrators shoot at them again to make sure there are no survivors.

The victims are then picked up and flung off the side of a ridge near the town of Mahibere Dego, northern Tigray region, it is claimed.

Evidence has emerged that the killers were wearing Ethiopian army uniforms when the senseless murders occurred, according to investigations by BBC Africa Eye and CNN.

At the beginning of the video, dozens of unarmed men are sat in rows whilst surrounded by the soldiers. 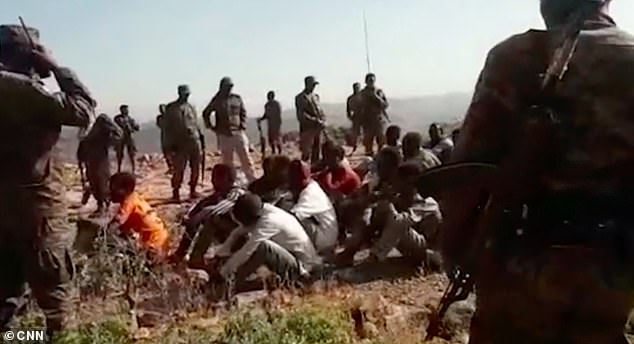 At the beginning of the video, dozens of unarmed men are sat in rows whilst surrounded by the soldiers 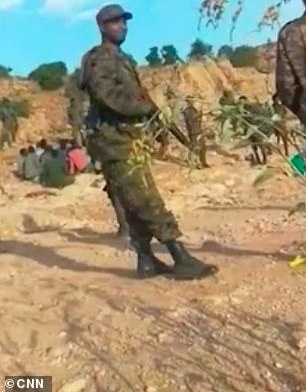 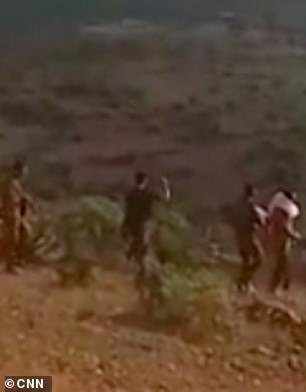 Evidence has emerged that the killers were wearing Ethiopian army uniforms when the senseless murders occurred, according to investigations by BBC Africa Eye and CNN

They can be heard speaking Amharic, the official language of Ethiopia, in the video and saying: ‘We should not free these people. Not even one of them should be spared.

‘We have to get this on video, how these people die,’ says another man.

The group of defenceless men are then led to a cliff edge where they are shot in the back of the head.

The soldiers then go and check to see if all of the victims are dead – and they can be seen shooting at the injured men who were still alive.

The soldiers can be heard shouting ‘kill, kill, kill. Shoot him, shoot him. Shoot him or do you want me to come and do it’ as they stand over the victims.

They can also be heard mocking the dead. One said: ‘It would have been great if there was gas to burn these people. Burn their bodies like the Indians do.’ 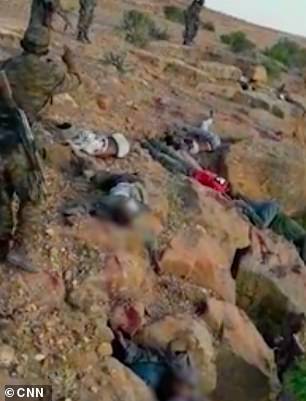 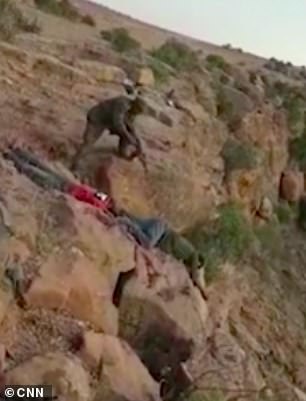 The mass killing is just the latest tale of terror to emerge from Ethiopia’s Tigray conflict since Ethiopian Prime Minister Abiy Ahmed announced a government offensive against regional leaders in November last year.

In February this year, a report was released showing satellite images allegedly of mass graves holding hundreds of bodies from a massacre in an ancient Ethiopian town that is home to the Ark of the Covenant.

In the latest massacre, analysts believe the attackers in the video were members of the Ethiopian army due to a stitching of the country’s flag on their uniform as well as the clothing’s distinct black pattern.

The uniforms appear to match those worn by the Ethiopian National Defense Force.

The location was determined to be near Mahibere Dego using geo-location tracking and 3D modeling software, according to analysts from Amnesty International in collaboration with CNN as well experts from Bellingcat and Newsy who were working with BBC Africa Eye. 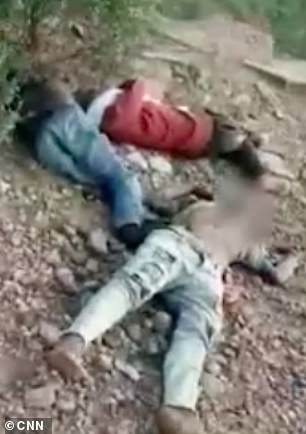 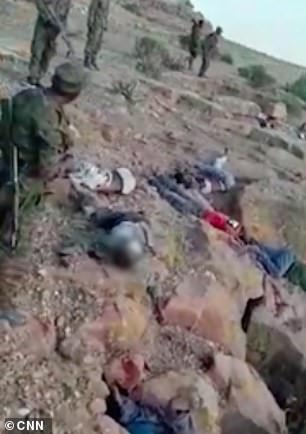 The victims are then picked up and flung off the side of a ridge near the town of Mahibere Dego, northern Tigray region, it is claimed

A man, given the pseudonym Dawit, told CNN he believes one of the men in the video was his younger brother Alula – another pseudonym.

Dawit said Ethiopian soldiers had arrived in Mahibere Dego and dragged young men, including his 23-year-old brother, from their homes.

Dawit was able to escape after the soldiers allegedly shot at him – but he broke his leg in the process by running down a rocky path.

He said he hasn’t seen his brother since – and believes he may be one of the men in the video. Dawit is still hopeful his brother somehow survived the onslaught.

‘Since we didn’t see his body with our own eyes and bury our brother ourselves, it’s hard for us to believe he’s dead. It feels like he’s still alive, we can’t accept his death,’ Dawit said.

‘We will always remember him. 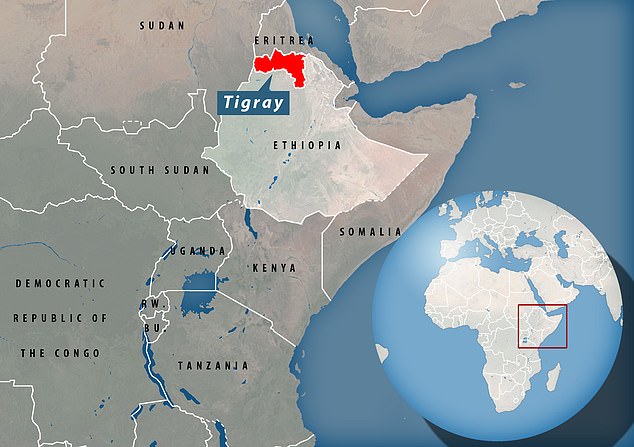 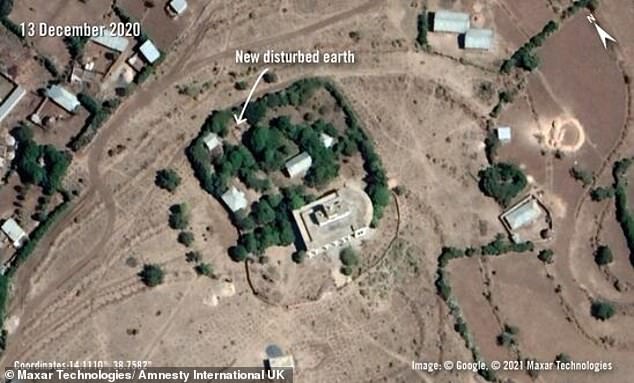 Satellite imagery has been analysed by Amnesty International in Ethiopia’s northern Tigray region to piece together the bloody events of last November in the ancient town of Axum. The above shows signs on newly disturbed earth near a church where many people are believed to have been buried after a massacre in November, ‘likely a crime against humanity’

‘I am extremely sad, it’s very difficult to express my bitter sadness, there are not enough words to express my sadness, losing my brother in this way.’

Stalin Gebreselassie, a TMH journalist, said he was sent the footage via a source in Tigray who said the video had been filmed by an Ethiopian soldier turned whistleblower on his mobile phone.

‘This crime is so egregious that it really merited properly interrogating the content to make sure we can 100% put a stamp on it to say, we know where this happened and we know that this happened. And we went to great lengths to do that,’ Sam Dubberley, the acting head of Amnesty International’s Crisis Evidence Lab, said.

‘The fact that it is a perpetrator that’s done this [filmed the video] shows a feeling of impunity, that they can get away with it. And I think it’s really important that the perpetrators of these crimes are held to account by the Ethiopian government… for what appear to be extrajudicial killings.’

Laetitia Bader, the Horn of Africa director for Human Rights Watch, told the BBC: ‘We see what appear to be unarmed detained men, who are being executed,’ she said.

‘This is absolutely an incident that requires further investigation, because what we are seeing here in these videos could amount to war crimes.’

The Ethiopian government told CNN in a statement on Friday that ‘social media posts and claims cannot be taken as evidence, regardless of whether Western media report it or not’.

They added that the government ‘has indicated its open will for independent investigations to be undertaken in the Tigray region’. 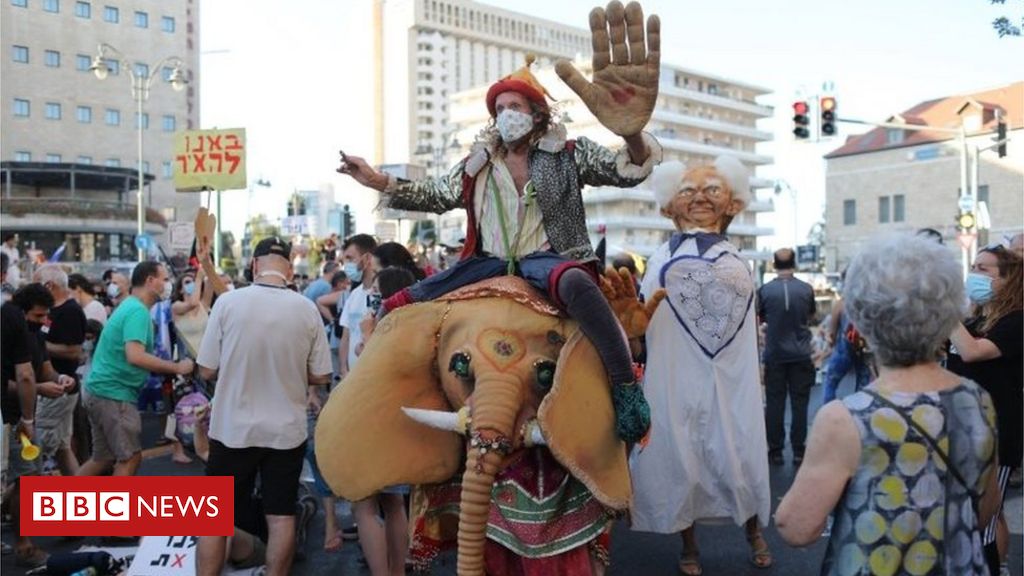 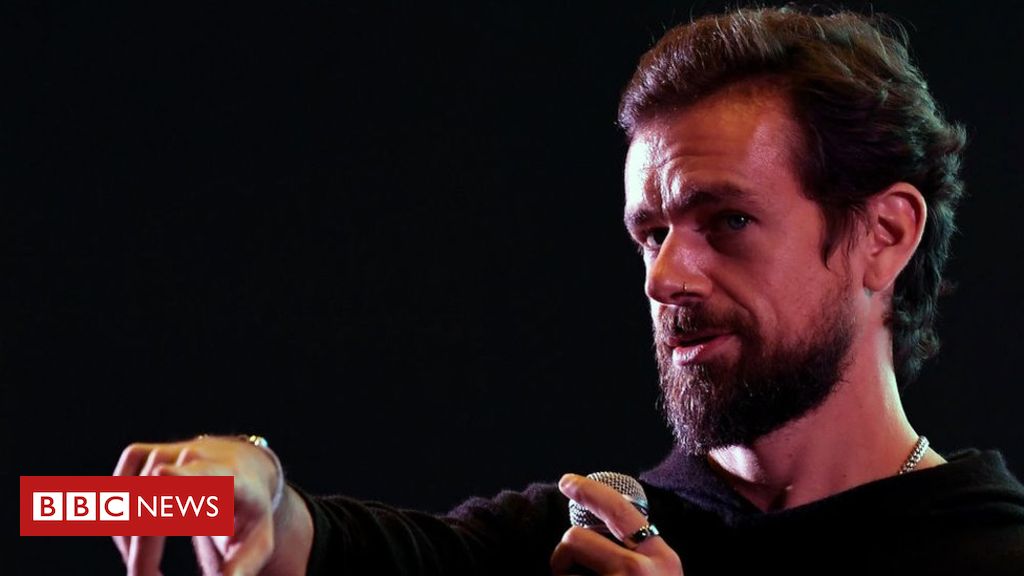 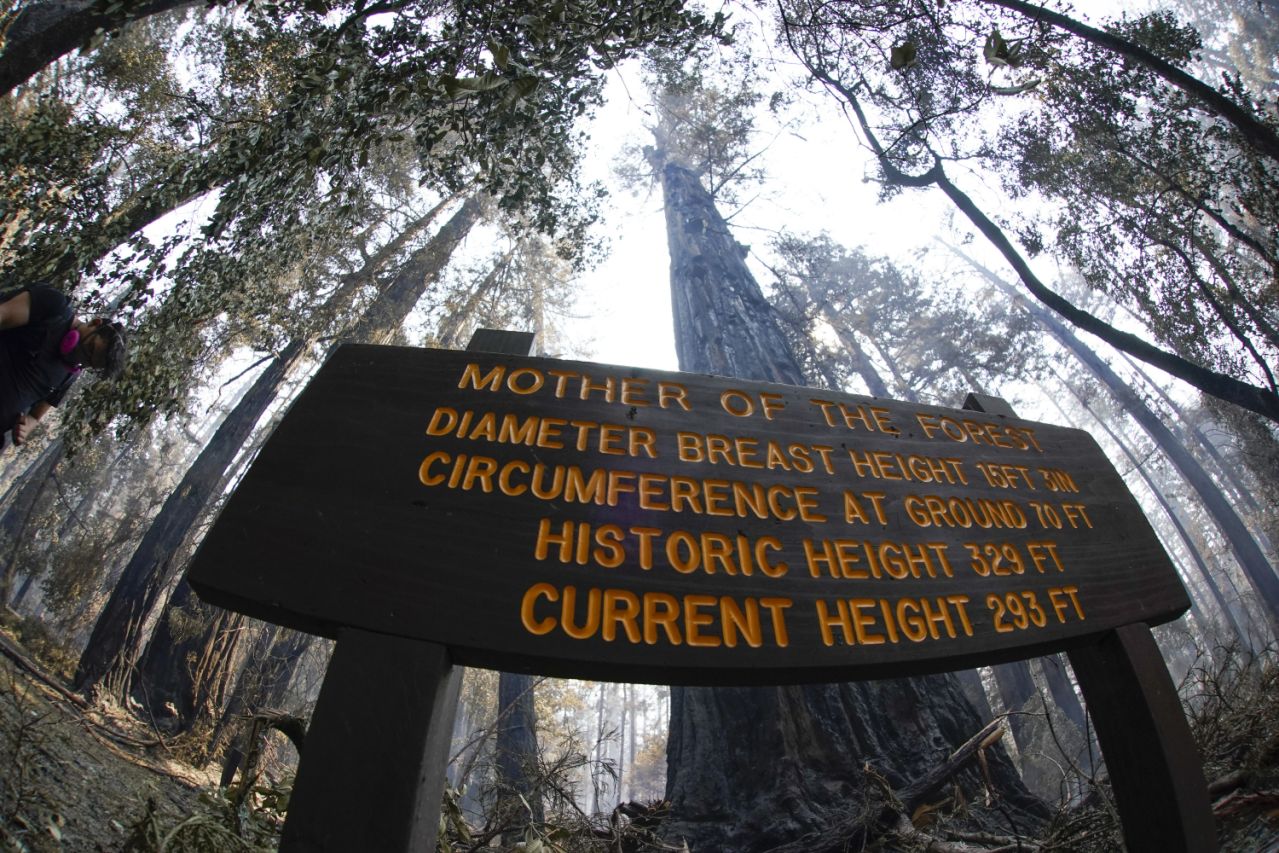 Marianna Sotomayor 10h ago / 10:37 PM UTC In the midst of the nationwide demonstrations protesting the death of George Floyd while […]