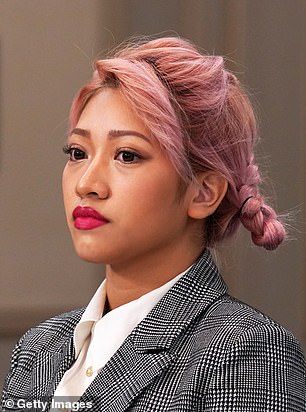 A man has been charged over online abuse directed at a Japanese star Hana Kimura, a cast member of the internationally popular TV show. She took her own life last year

A man has been charged and fined less than £60 over online abuse directed at a Japanese star of Netflix reality show ‘Terrace House’ who took her own life last year, prosecutors said Tuesday, prompting furious reactions.

A spokesman for Tokyo Prosecutors’ Office told AFP they had made a ‘summary indictment against a man in his 20s’ following the May 2020 death of Hana Kimura, a cast member of the internationally popular TV show.

Police referred the man, who has not been named, to prosecutors in December.

At the time, they said: ‘The suspect… posted messages on a social media account of the victim, including “You have such an awful personality. Is your life worth living?’ and “Hey, hey. When will you die?”‘

The man has been charged with making public insults but is not obliged to face trial under the indictment, as is often the case for relatively minor offences in Japan.

Kimura, a confident pink-haired professional wrestler, was a fan favourite on the Japanese show ‘Terrace House’, in which six young people share a home while looking for love.

But she was targeted by a torrent of abuse online, reportedly including comments such as ‘everyone will be happy if you’re gone’.

They came after she had an altercation with another cast member of the show. An investigation later found that the producers had scripted the row, and that Kimura was uncomfortable with how she was made to act. 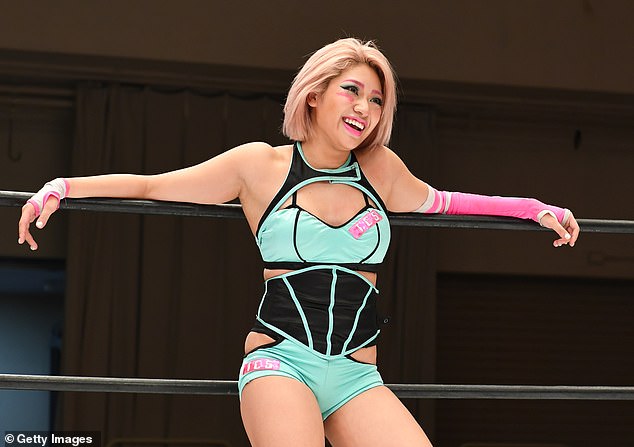 Kimura, a confident pink-haired professional wrestler, was a fan favourite on the Japanese show ‘Terrace House’, in which six young people share a home while looking for love

The show was cancelled after Kimura’s death, which made international headlines and led Japanese ministers and lawmakers to move to tackle cyberbullying.

But while a media watchdog criticised the show, the producers of Terrace House were found not to have violated the human rights of the case.

Tuesday’s indictment prompted concerns from some on Twitter that the punishment was too light.

‘If he can get away with 9,000 yen, I’m worried that the number of cyberbullies will increase,’ wrote one user, while another said: ‘It’s extremely wrong. There is no justice.’

Last year, the wrestler posted a picture of herself with her cat on May 22, and captioned it ‘goodbye’. 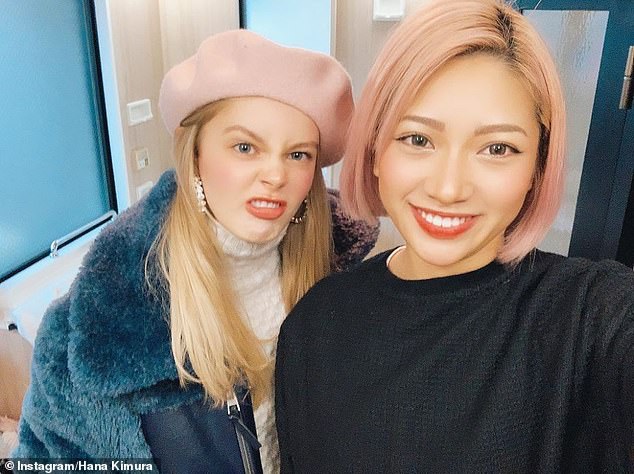 Last year, the wrestler (right) posted a picture of herself with her cat on May 22, and captioned it ‘goodbye’, as well as other worrying messages leading up to her death that implied she had been a victim of cyberbullying

Another post said that she ‘didn’t want to be a human anymore’ while another implied she was a victim of cyber bullying, Variety reported.

She wrote: ‘Nearly 100 frank opinions every day. I couldn’t deny that I was hurt.

‘I’m dead. Thank you for giving me a mother. It was a life I wanted to be loved.

‘Thank you to everyone who supported me. I love it. I’m weak, I’m sorry. I don’t want to be a human anymore. It was a life I wanted to be loved. Thank you, everyone. I love you. Bye.’

The tragic star’s wresting debut came at the tender age of 19, and she won her first title, the JWP Junior Championship, that same year.

Ms Kimura joined women’s pro-wrestling organisation Stardom in 2019. There she won the title of Artist of Stardom championship twice.

She also won the Goddess of Stardom championship.

If you have been affected by the issues covered raised in this report, for confidential support, call the Samaritans on 116123 or go to www.samaritans.org. But the top-polling 2020 Democratic presidential candidate went on to claim he had “so many nicknames” to give President Donald Trump, and […] 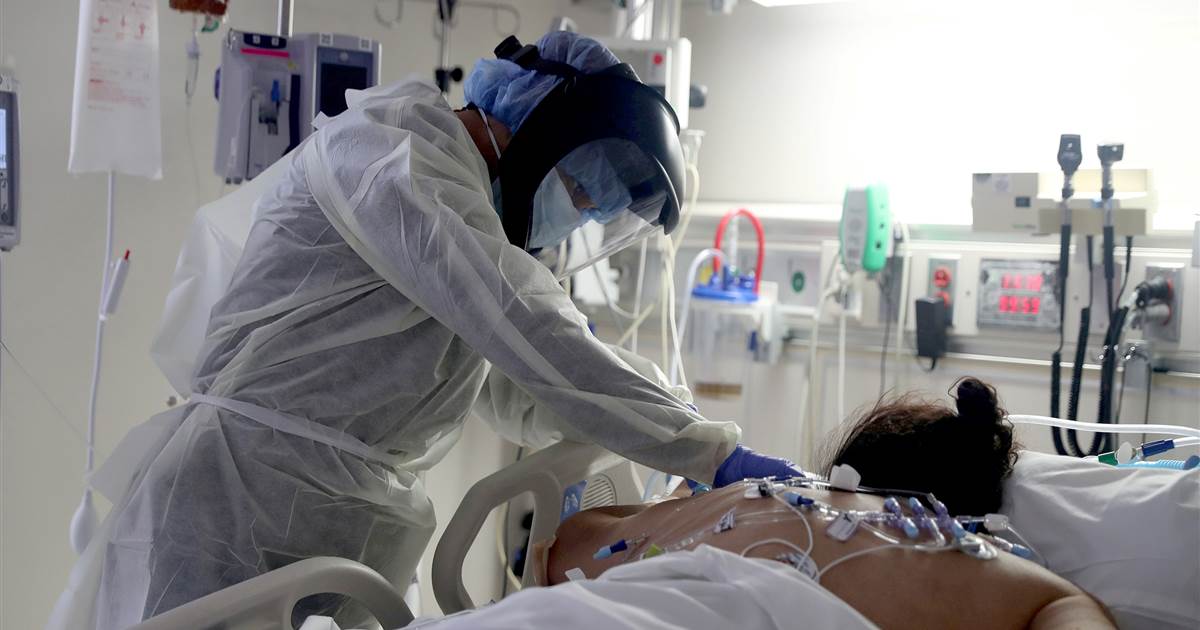 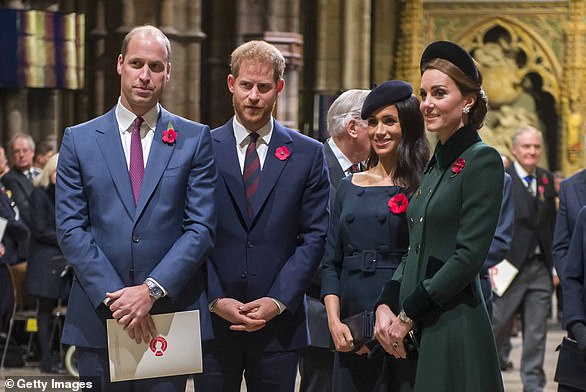 Harry and William fell out, when Duke of Sussex branded older brother a ‘snob’ Prince Harry took offence when his ‘snobby’ brother […] 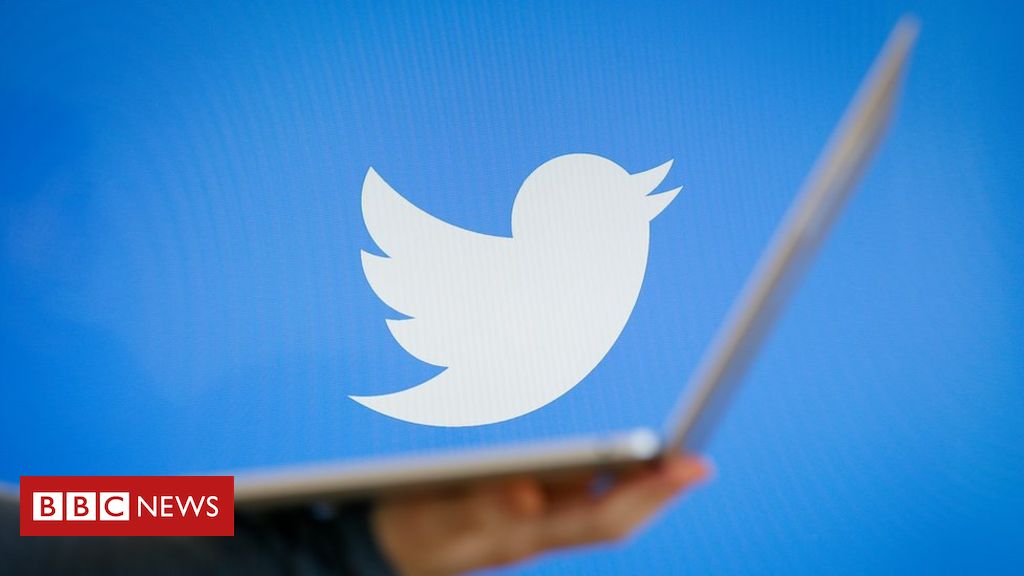