It took Diego Llorente 72 days to make his debut for Leeds United and another 52 to reappear. When he finally managed his first start since joining from Real Sociedad four months earlier, he lasted 10 minutes against Newcastle in January. Another month passed before he could begin again, this time for real, 152 days after signing for £18m. He knows; he was counting them. Those were “very tough days”, he says. But, he insists, they weren’t wasted.

Nor were they so unusual for him, a man who knows the virtue of patience. It’s not how it starts that matters; it’s how it finishes. Llorente, a youth product who went 18 months between his first Real Madrid appearance and his second, got his first Spain cap against Bosnia-Herzegovina in May 2016, joining a squad that because of club commitments had no Real Madrid, Atlético Madrid, Barcelona, Bayern Munich or Manchester United players. Thirty-five games passed until he got a second, Bosnia again the opponents, this time in November 2018.

Between those matches Llorente was surprisingly called into the squad despite a broken fibula, taking Luis Enrique’s call from his hospital bed. Even though Llorente could not play, the Spain manager insisted that here was a player with “an interesting present and a great future”, one worth waiting for. Besides, he said, “being here with us could be good for him to see the way the selección is, to listen to the team talks and as a stimulus for his recovery.”

Maybe there was a lesson there for when he landed in Leeds. Injured and in lockdown, with Elland Road empty, Llorente reached for his laptop. “I watched the documentary series on Leeds,” he says. “I was curious and, as I couldn’t help the team by playing, what I wanted to do – apart from get fit as quickly as possible – was get to know the club as well as I could. I also analysed what we did, all the details when we played. When I finally came back I didn’t want it to be so obvious that I was the new guy.

“I wanted to know everything related to the club, the atmosphere, the supporters, what’s it like on match days, what the routine is, what are the people working at the club like,” he continues, face occasionally freezing and voice cracking over the Zoom call.

“It was a nice thing to do and watching it brought me closer to Leeds, what it means to play here. I already knew Leeds were a historic club, in the Champions League when I was growing up – there was Jonathan Woodgate, Rio Ferdinand, I remember Jimmy Floyd Hasselbaink – and although [since then] they hadn’t been in the Premier League, I was aware of them. But I wanted to know more.

“All that history plays its part when you’re deciding whether to sign. On top of that they were offering me the chance to be part of a stable, ambitious project. I knew I could do things for Leeds and Leeds could do things for me, like give me the chance to play under [Marcelo] Bielsa and play in the Premier League. I’d had offers the summer before from Premier League clubs [and did not go], but this summer we analysed them carefully: their aims, what they saw in me.

“The first thing I did was get Pablo Hernández’s number and call him. People in Spain don’t realise what he means to Leeds: he’s a legend, one of the main reasons they’re in the Premier League. I didn’t just ask him about the team but the city, my teammates, the day to day. And he only had good things to say.

“I knew from him that the club was well run and then when I met with Víctor [Orta, the director of football] and he showed me how Leeds operate, how they work, everything they’d done, I didn’t think twice. It was the style of play I wanted, the club that best fit my qualities, and playing in the Premier League was a dream I’d had since I was small.”

Not that they could fully express what Llorente was about to encounter. Not just with the play – “you can’t even imagine how intense it is, how fast; it’s different watching it on the television and experiencing it for yourself,” he says – but also with the manager.

“To be honest,” the defender admits, “people had spoken to me about Bielsa but until you are actually playing for him you don’t realise just how different he is in so many facets of training. At first, it’s a shock because his methodology is so different. There are certain drills that are very analytical, that describe certain specific moments in games that, because of our style of play, are repeated often. Movements you should be making off the ball, the way you support the free man, the help you give teammates. It’s very specific.

“That methodology is striking compared with the more general approaches you’ve been used to. But when you do these exercises and then you see that in 90 minutes that exact situation is repeated 10 or 20 times, you realise why we work that way. You understand why we do things differently, that every drill has a meaning, and can be directly transferred on to the pitch. You start to understand that, which is when you realise how special he is. You watch the video analysis, individually and as a team, and you can see how it improves the team.”

Even if that means watching from the outside, you learn. Twenty games were missed in person but Llorente missed none of them on tape, analysing every detail, working on how he would fit in. He understands better than most that this too was preparation for when at last he could play. And after 80 minutes coming off the bench in the defeat at Chelsea in December and 10 before limping off against Newcastle in January, he returned in a 3-0 win over Southampton on 23 February, groin and hamstring injuries hopefully finally behind him.

That was the first of five consecutive starts, playing 90 minutes each time and returning to the Spain squad. The wild scorelines of earlier in the season are no more.

“My principal job is to minimise the attacking threat, prevent that danger, and ensure we concede as few goals as possible,” he says. “I can also offer things in terms of bringing the ball out; that’s what the manager wants, why they looked at me. But I think it’s everyone, starting with the forwards, who has improved defensively. Watching them at the start of the season, I knew we were a team that had huge attacking potential. But we are also one that also has to find balance defensively.

“It was a very tough time because as well as the injury I had changed country. That’s a big change and my family had to adapt too. And then I’m not playing. There were some tough days, but my objective was clear: to be a success here. And when you’re driven by a goal like that, nothing else matters. There are always setbacks – life puts obstacles in your path – but you have to overcome those with patience and the knowledge that if you keep working your opportunity will come. That was the way I approached things from the first minute until I could finally make my debut. That’s the approach I’ve always had and always will have throughout my career.”

“Now I’m just looking forward to getting the fans back, which I’m sure will make a difference. Combine their support and our work and that’s the key to being successful. I still haven’t been able to live that first-hand but I’ve seen it in the documentary and I just hope that day comes soon when I can experience it for myself.”

Chelsea have decided against using their buyback clause for Sassuolo’s Jérémie Boga, despite the 23-year-old having emerged as one of the best […] 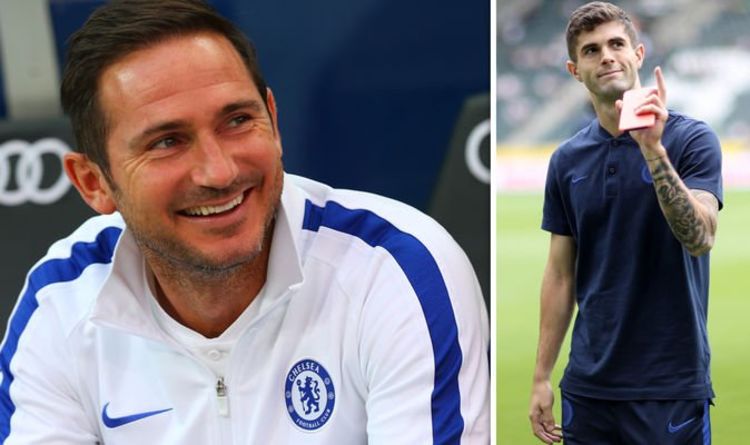 Chelsea are in Germany to face the Bundesliga side as they prepare to face Manchester United next week. And Lampard has offered […] 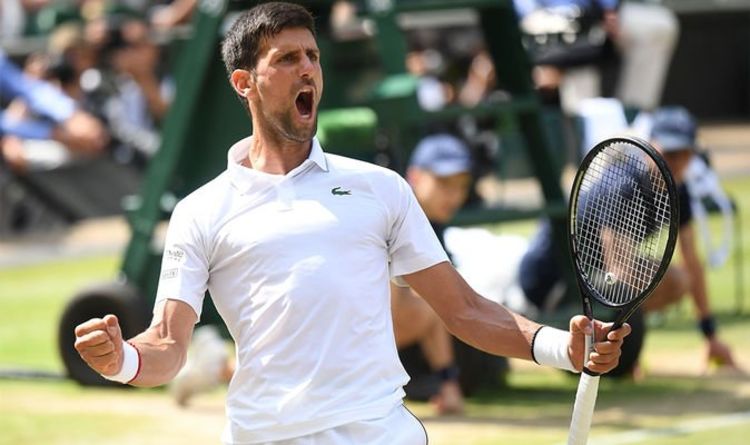 Djokovic grew frustrated as the Centre Court supporters were in favour of Roberto Bautista Agut during his semi-final clash. The world No […]