DAVENPORT, Iowa — House Minority Leader Kevin McCarthy traveled to Iowa on Wednesday, trying to turn a seat his party won by just six votes into a charge of hypocrisy against Democrats.

Republican Rep. Mariannette Miller-Meeks was seated in Congress in January after taking the narrow victory in November.

But Democrat Rita Hart continues to fight the results and is asking the House controlled by her own party to use its authority to investigate the vote count. Hart contends that if 22 uncounted ballots were tallied, she would be the rightful winner.

Congressional reviews are common and allowed under federal law. Only three times has an outcome been overturned.

But this year, the rather routine review process has become more political, fueled by former President Donald Trump’s unsuccessful effort to get Congress to overturn his electoral defeat and refuse to certify President Joe Biden’s victory.

McCarthy, along with 138 other House Republicans, voted on Jan. 6 to not certify the results from two states, Arizona and Pennsylvania — in the midst of an angry mob of Trump supporters storming the Capitol.

Republicans say that House Speaker Nancy Pelosi is trying to exploit the law to widen her slim majority in the House and that her actions are hypocritical after the relentless criticism from Democrats about the Jan. 6 vote.

“I think the hypocrisy is right at the feet where the Democrats were unanimous in telling everyone in America and all Republicans in the House that you have to respect every election certificate once it’s certified by the state laws in each individual state in the nation,” Rep. Rodney Davis of Illinois, the top Republican on the House Administration Committee, said in an interview. He added that neither he nor Miller-Meeks objected to the presidential election certification.

McCarthy, R-Calif., is traveling to the Hawkeye State to appear at events with Miller-Meeks, in an attempt to draw attention to the House Administration Committee’s ongoing review of the Iowa election.

“This is the people’s House, not Pelosi’s House,” McCarthy said during an interview with FOX News on Wednesday. “Pelosi is scared of losing power.”

After a recount, the Iowa State Board of Canvassers certified on Nov. 30 that Miller-Meeks had beaten Hart by six votes out of nearly 400,000 cast.

But Hart argues in a brief filed by her attorney, Marc Elias, a prominent Democratic election lawyer, that 22 legal ballots were not counted. If those votes were counted, Elias wrote, Hart would win the race by nine votes.

Elias wrote in a follow-up brief filed Monday that Miller-Meeks hasn’t made a case why those 22 votes shouldn’t be counted.

The lawyers for Miller-Meeks discount the claims made by Hart in their new brief.

“The danger of what Hart proposes cannot be overstated. One cannot change the rules after the election was conducted without favoring one candidate or the other — and without destroying the public’s confidence in our election system,” the brief states.

The House Administration Committee is expected to continue the investigation. Hart has already begun conducting depositions and gathering evidence, an aide to Hart told NBC News.

Republicans point out that Hart opted against filing a challenge in the Iowa court system and instead took her case directly to the Democratic-controlled Congress, which has the authority to investigate under the Federal Contested Elections Act of 1969.

But many Democrats say the presidential election and the Iowa congressional race aren’t comparable. Trump lost by millions of votes and there was not widespread election fraud. The Iowa election was close, not fraudulent, they argue, and all they are seeking is a full recount, including the legally cast votes that were left out of the original tally.

Pelosi has said it is possible that Miller-Meeks will be unseated depending on the outcome of the investigation, telling reporters earlier this month: “Yeah, there could be a scenario to that extent.”

But it’s creating a dilemma for some moderate Democrats who are uneasy with the speaker’s position and would be forced to cast a vote on the House floor to unseat Miller-Meeks if it reached that point.

“I have deep reservations,” Rep. Josh Gottheimer, D-N.J., said in an interview.

Republicans think the politics are on their side and have tailored their language to fit polling.

A National Republican Campaign Committee polled what language resonates with voters in 16 battleground districts and found that 68 percent of respondents said they would oppose an attempt to “overthrow the election results” and that 53 percent of suburban voters and 57 percent of independent voters “agree with the sentiment that Democrats are acting hypocritically,” according to a memo obtained by NBC News.

Not all voters in Iowa are happy with Congress getting involved.

Alyssa Keel, a registered independent of Davenport, voted for Hart but opposes the ongoing litigation.

“I think it’s a really sticky situation,” she said. “Nobody’s going to be happy, regardless of what the outcome is.”

A medium-range missile was launched from the Pacific Missile Range Facility on Kauai, Hawaii, during a flight test last night. The target […] 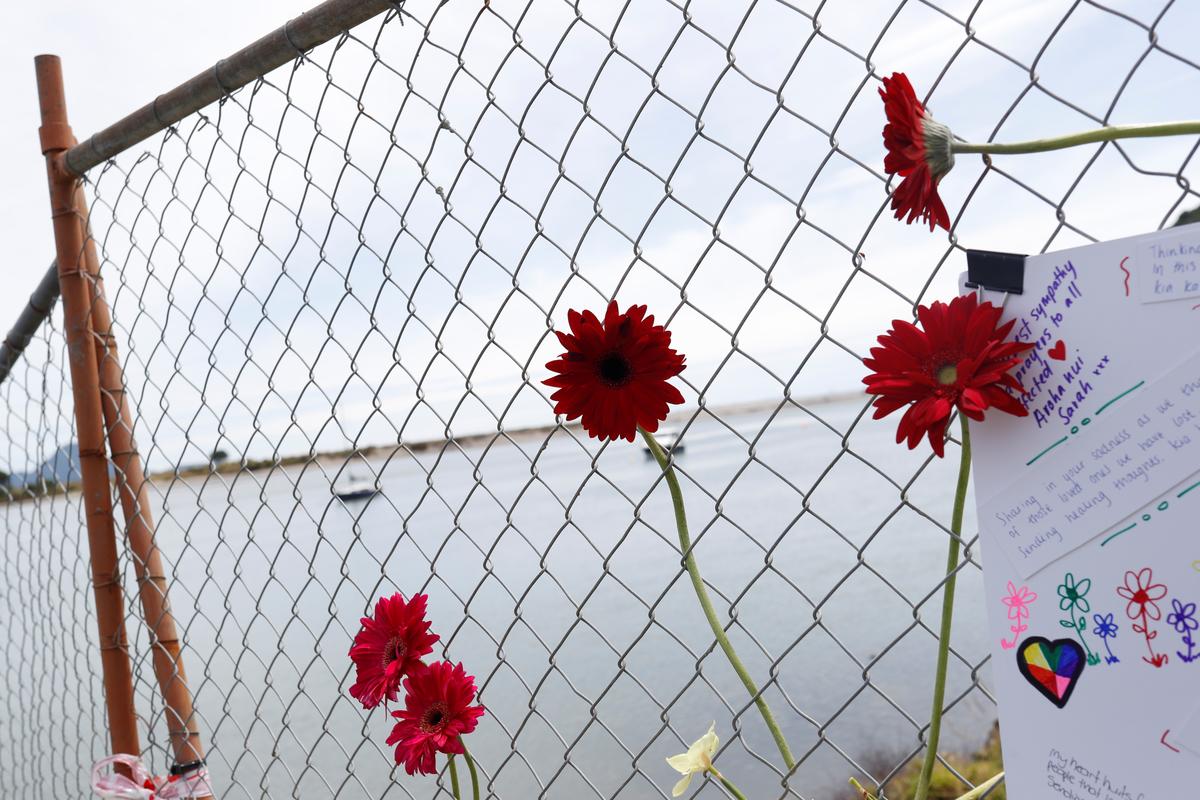 WHAKATANE, New Zealand (Reuters) – Increasing tremors on a volcanic island in New Zealand have hampered efforts by authorities to recover the […] 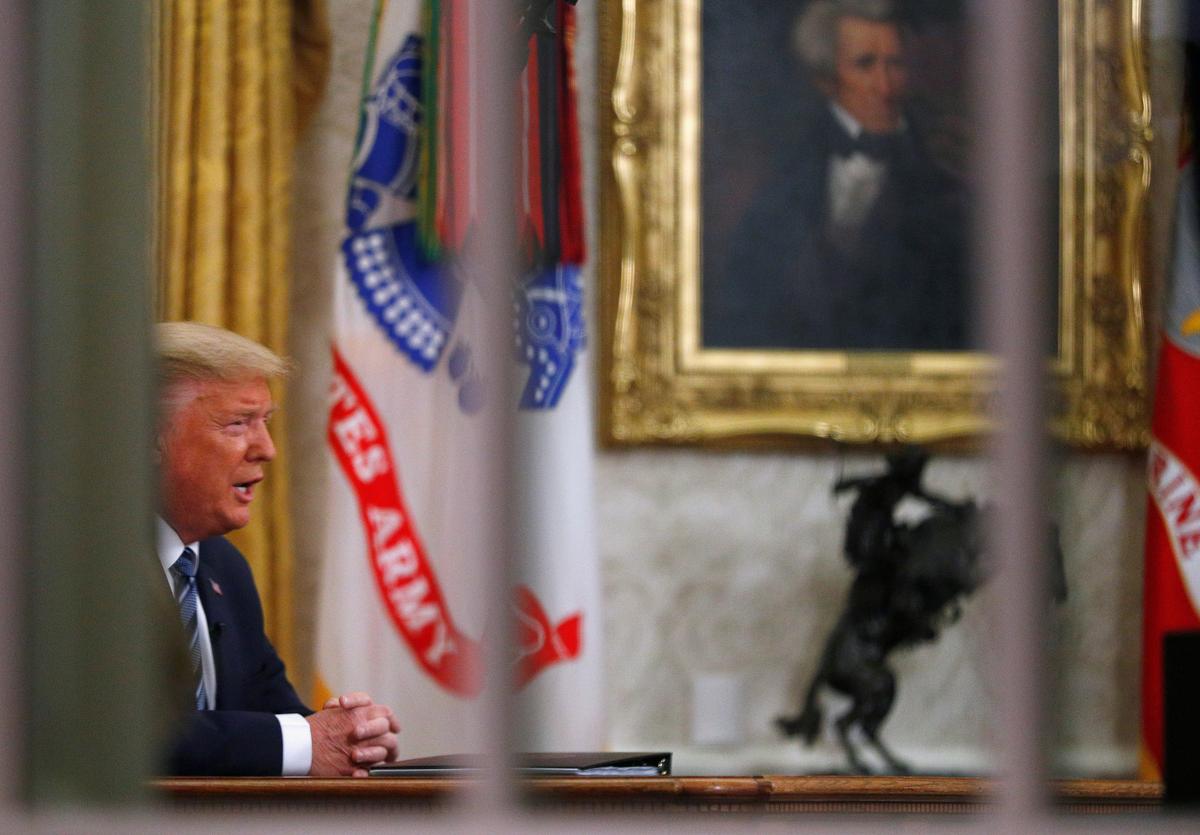 WASHINGTON (Reuters) – As schools close, offices clear out, and sporting events are canceled across the United States, a familiar Washington problem […]