France and Germany were in negotiations on Tuesday night with Vladimir Putin to supply the Russian Covid-19 vaccine to the EU, after Angela Merkel suspended use of the Oxford/AstraZeneca jab for the under-60s.

President Emmanuel Macron and Chancellor Merkel held a video call with President Putin to discuss “cooperation” over vaccines which would see the Russian Sputnik jab used in the EU once it is approved by regulators.

The move came after German authorities identified 31 cases of blood clots known as cerebral sinus vein thrombosis to those given the AstraZeneca jab.

Among the cases, 29 involved women and nine had resulted in death. Canada has also reduced the use of the jab, banning it for the under-55s and France has yet to authorise its use for younger age cohorts.

Number 10 was forced to reiterate that the Oxford-AstraZeneca vaccine was “safe, effective and has already saved thousands of lives”.

There has been continued bafflement in Whitehall at the approach of European countries to the vaccine rollout, in which governments have switched positions and delayed deployments.

In the UK on Tuesday, there were only 4,040 new cases of Covid-19 and 56 deaths, with the country starting to ease lockdown. However, in Germany there were 9,549 new cases and 180 deaths, as the country continues to grapple with a third wave.

The decision to turn to Russia for vaccine supplies may have profound geopolitical consequences as it threatens to undermine the global western coalition which has imposed sanctions on senior Russian figures following the country’s involvement in international atrocities.

Less than two weeks ago, the European Medicines Agency (EMA) concluded that the AstraZeneca vaccine was safe, prompting scores of countries to reverse a pause on its use.

France, however, continued to only recommend the jab for the over-55s. Germany’s decision is likely to prompt other European countries to re-examine their use of the vaccine.

A government spokesman told The Telegraph: “The Oxford/AstraZeneca vaccine is safe, effective and has already saved thousands of lives in this country. As the UK’s independent regulator has said, when people are called forward, they should get the jab.

“Over 30 million people have already received their first dose of a vaccine, and we are on track to offer jabs to all over-50s by April 15 and all adults by the end of July.”

During the initial row with Europe over the safety of the AstraZeneca vaccine, government ministers were alarmed at a sharp increase in cancellations of appointments to receive the jab, leading to a public information campaign on its safety.

However, in a televised address to the German nation, Mrs Merkel said she could not currently support the use of the vaccine in younger age groups.

“These are findings we cannot ignore,” she said. “We are not faced with a decision of AstraZeneca or no vaccine. We have to be able to trust the vaccines.

“Everything is based on one principle and that is trust. Confidence arises from the knowledge that every suspicion is counted in every individual case. Reports of abnormal reactions are very rare, but cannot be ignored.”

She added that she personally was open to receiving the Oxford jab when it was her turn to receive the vaccine.

In this country, constrained vaccine supplies, including a shortfall of more than six million delayed AstraZeneca jabs, mean that throughout April, the majority of jabs given will be second doses with first doses restricted largely to the over-50s.

After that, the rollout is due to shift to younger people, with all adults promised their first dose by the end of July. Government sources insisted that there are no plans to stop using the AstraZeneca vaccine for people in lower age brackets.

One Government source said: “AstraZeneca is the workhorse of the vaccine programme, we have always planned to use it for the bulk of the rollout and that hasn’t changed.”

Around six million people aged 50 and under have already received Covid-19 vaccines in the UK, including healthcare workers and those with underlying health conditions.

On Tuesday, Germany announced that people under 60 could still decide to receive the AstraZeneca vaccine, but only following “consultation with the doctor carrying out the vaccination … and with an individual risk analysis”, according to ministers of Germany’s 16 states and the federal health minister.

Germany intends to make another recommendation by the end of April on how to proceed with people under 60 who have received their first dose of the vaccine.

The German government’s position has shifted repeatedly in a matter of weeks. Initially, it banned the use of the vaccines for over-65s, citing a lack of data on effectiveness in that age group.

On March 4, its health ministry ruled that older people should receive the jabs. In less than two weeks, all use of the vaccines had been stopped, only to be restarted a week later.

Meanwhile, Canada has declared that it would restrict the jabs to those aged 55 and over, and carry out an analysis of the risks and benefits. No cases of blood clots have been reported among the 307,000 Canadians who have received the jab, with the decision taken based on reports from Europe, it is understood.

Earlier this month EMA found that although there may be a link between the AstraZeneca vaccine and rare cases of thrombosis, it does not raise the overall risk and its benefits still outweigh any potential side effects.

On the same day, the Prime Minister told a Downing Street conference: “The Oxford jab is safe and the Pfizer jab is safe.

“The thing that isn’t safe is catching Covid, which is why it is so important that we all get our jabs as soon as our turn comes,” he said, speaking the day before he received the vaccine.

On Tuesday night, the head of Britain’s Medicines Healthcare Regulatory Agency, Dr June Raine, declared the vaccines safe, saying: “Our own detailed review is ongoing, and all cases reported are being rigorously analysed.

“Our advice remains that the benefits of Covid-19 vaccine from AstraZeneca in preventing infection and its complications continue to outweigh any risks, and you should continue to get the vaccine when invited to do so.” 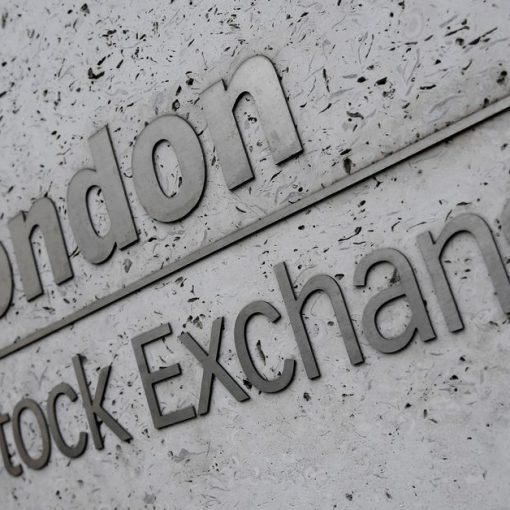 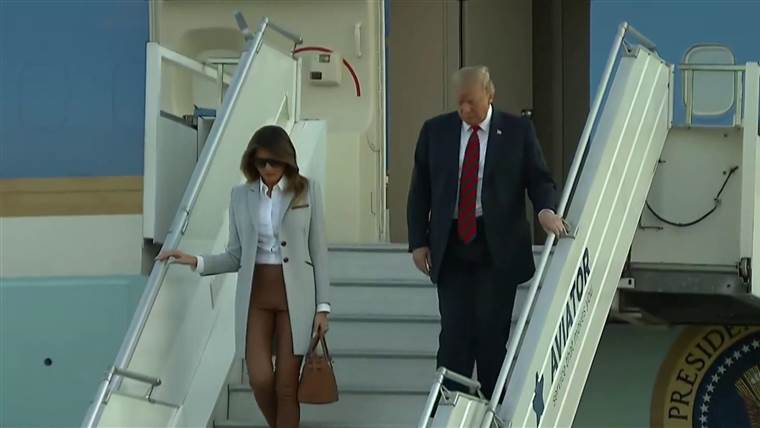 Get breaking news alerts and special reports. The news and stories that matter, delivered weekday mornings. SUBSCRIBE The United States has bilateral […] 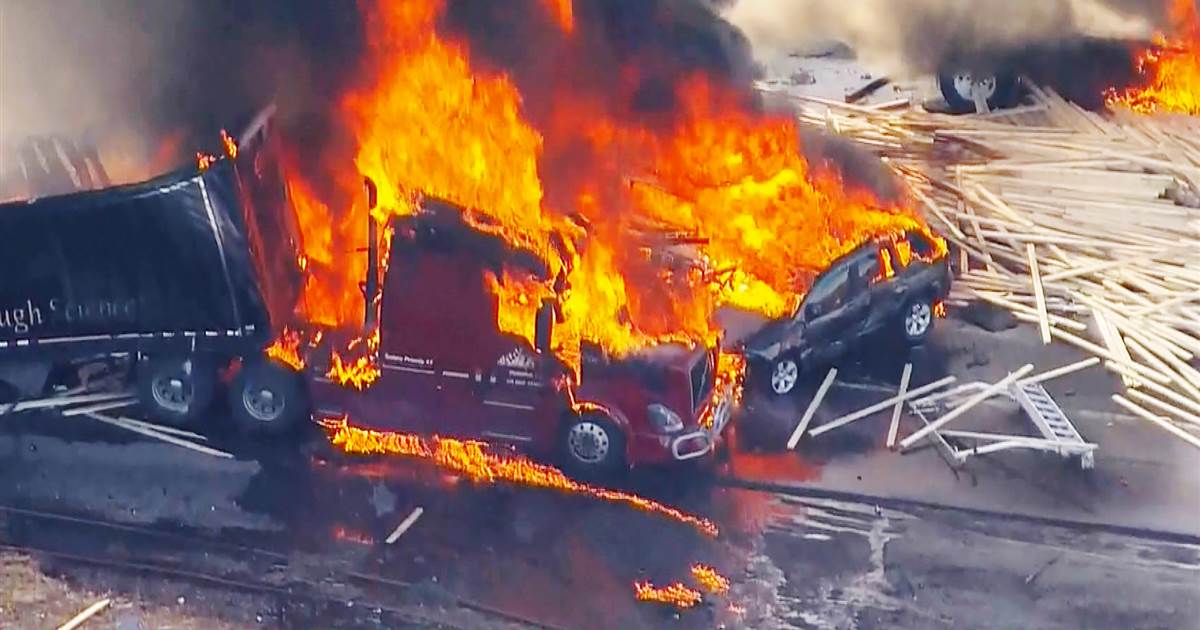 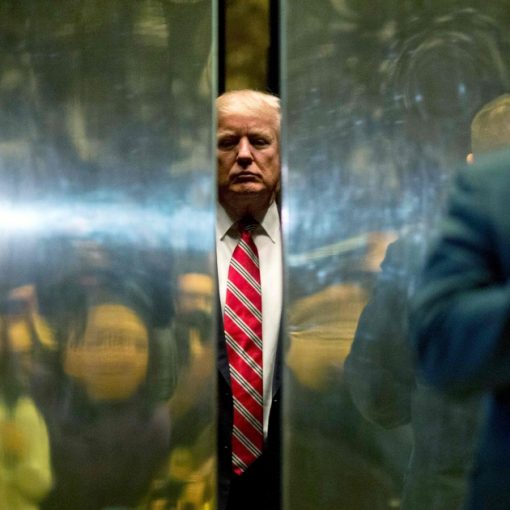 The New York attorney general’s office said Tuesday that it is pursuing a criminal investigation into the Trump Organization, in addition to […]