I can’t believe it’s been a year since we went into lockdown, and we’ve been confronted with the COVID pandemic. It’s been a difficult year, for sure, but also one in which we learned a lot, individually, as a family, and as society. And though it feels like we may be going through another lockdown, we should be confident that this ordeal too, “we shall overcome.”

First things first: I got my first dose of the COVID vaccine last week! It’s now been a few days, and I feel physically very good. The ease and professionality with which it was administered in our nearby vaccination centre, makes me wonder why some people are so hostile towards receiving these vaccines. They are safe and effective, and I think that ramping up their rollout will be the best way to decrease vaccine hesitancy, which is a real problem here in Europe.

It’s not that the public or experts should not ask critical questions. To the contrary.

As coincidence has it, I received the AstraZeneca vaccine.

I too was initially very sceptical about it: Its early clinical trial results raised more questions than they answered for experts like myself. But! Both its safety and efficacy have now been proven, with additional evidence from its widespread administration in the UK. Of course, like any active medication, the present vaccines have side effects and indeed, I felt some ache and some malaise the day after, but if that’s what can keep me out of a crowed ICU in respiratory distress, I’m happy to endure it.

I wish that people would come to accept the scientific insights on this virus, and that they stop spreading conspiracy theories or opposing public health measures.

I understand that people are afraid of the unknown, and certainly of pathogens that disrupt our lives. I saw it in the ’80s and ’90s, when I was researching HIV/AIDS. To this day there are some communities who believe the disease is made up, or caused by sins. But the reality is: Those false beliefs will make the situation worse, not better.

While HIV/AIDS was a death sentence in the eighties, it has become a preventable and treatable condition, but that took a few decades, with lots of progress in scientific understanding and social acceptance. For SARS-CoV-2, it will not take that long to reach a viable co-existence with this new virus.

Meanwhile, the real threat of the virus is still with us.

We’re clearly entering a third wave here in Belgium. Johan and Roxane, Nele and Jeffrey: I know that as parents you are afraid, because in our neighborhood alone, six primary schools were recently closed because of outbreaks, and our health system is “flooded” with COVID requests for testing and very ill people, now mostly in their fifties and sixties. That’s a real problem. As this wave intensifies, lockdowns may again become necessary, and our social and economic life and mental wellbeing may again suffer.

But there is a silver lining. In countries such as Israel, the UK, or the US, vaccination campaigns have taken place much faster than here, and they clearly work! They’re already achieving a rapid decrease of infections, hospitalizations, and deaths in vaccinated elderly. That is very encouraging to see. We should hope production of the vaccine elsewhere can be ramped up too, for example through partnerships among producers, because production constraints are currently the real bottle neck in our vaccination drive.

So can we hope that this nightmare will be over soon?

At least for summer, we can be hopeful. Looking back at this past year, it’s remarkable how similar the evolution of the current COVID pandemic in Europe has been to that of the Spanish Flu a hundred years ago. Then too, three waves occurred, and the last one ended in the spring of 1919. It should give us hope for a similar scenario for COVID, where the worst of the pandemic is over by summer. Just like last year, summertime will bring more outdoor activities, with natural ventilation and thus a positive seasonal effect.

But as a scientist, I should say that this only holds true for the near future. Looking further ahead, the scenarios do differ.

First of all, new variants have been discovered in the UK, US, South Africa, and Brazil. Not only do several of them appear to be more contagious and cause more disease; some of them can also partly evade the immunity built up through vaccination. The British variant luckily can still be controlled by the present generation of vaccines. But the so-called South-African variant, in particular, seems able to escape “neutralizing” antibodies. While this variant is not yet prevalent now, it’s already around and may take over the epidemic by the end of the summer.

This scenario of more problematic variants emerging as time goes by is quite likely for the near future, that is to say, the next 12 to 18 months.

Thus, I would not yet declare victory after this wave ends, people have been vaccinated, and we have a relatively “open” summer. We’ve had three waves, and we can have a fourth one. We have already a handful of mutations, and we are sure to see many more. That’s the nature of viruses, I’m afraid.

I don’t want to sound too downbeat by making such predictions. We can adapt! The best response, for society, is to adapt our lifestyle for at least a few years: re-arrange offices and schools to maintain social distance, structurally improve ventilation, and wear face masks, in times of epidemic. Those “non-pharmacological interventions” (NPI) will bring us a far way to prevent severe lockdowns and will keep businesses and schools open.

The same is true for some public health policies. To prevent infections, illness, and death, it’s crucial to detect COVID early. That can now be achieved by mass testing, for example every week for people, who, professionally or otherwise, have lots of social contacts. That wasn’t the case last year. Rapid tests are increasingly available, even for easy use in schools or offices. We should plan to use them nonstop in the near future.

And, novel treatment possibilities are emerging as well. While they cannot substitute for vaccines and NPI, newly developed antiviral drugs will be able to block the virus entering the cells, inhibit its multiplication, or reduce the hyper-inflammation triggered by the virus if they are administered early. These drugs may help to keep COVID patients out of the hospital and improve chances to survive, so that we can avoid the crowding of hospitals and the millions of COVID deaths, even if new waves hit us.

Over time – in the next five years or so – yet more positive scenarios arise.

The virus may become like the flu, in the sense that different variants could appear each year, but that our ability to develop vaccines against them will evolve each year too. If we manage to develop “booster” vaccines to stop the spread of new COVID each Fall and Winter, the outcome may be that we return to quasi normal public life.

To alleviate the transition towards that scenario, we should hope that more pharmaceutical companies become active in either developing vaccines, or simply producing them under license for those who have already developed them.

It will be a profitable business for them, and a costly one for public health systems, but the pay-off for society is clearly bigger: It would help us “live” with the virus.

Finally, another possible future scenario over the longer run is that the virus becomes like many of the other coronaviruses that have spread globally: those that give us a cold, or otherwise cause temporary lung and throat problems.

Those other coronaviruses are unpleasant and may lead to sickness, but rarely cause death, and can be treated without the need for vaccines or mass lockdowns. The coronavirus we’re now facing – SARS-CoV-2 – is still a young, wild virus today, very new in the human community. The pressure we exert on it by building up immunity after infection and vaccination, confronting and taming new variants, may finally drive the virus into a “domesticated” direction.

You see, there are many possible outcomes. I won’t make predictions about which scenario will materialize in what time frame, because that is simply not possible. But what we can change for the better, is our individual and societal response and resilience. We now have a fully year of experience. Let’s be smart about the lessons learned, and apply them. I dedicated my life to fighting new viruses, and the progress we made is incredible. If we do that again for COVID … we shall overcome!

Guido Vanham, MD, PhD, is the former head of virology at the Institute for Tropical Medicine in Antwerp, Belgium.

His son, Peter Vanham, is the head of the International Media Council at the World Economic Forum and a member of its COVID-19 task force. He lives in Geneva, Switzerland. 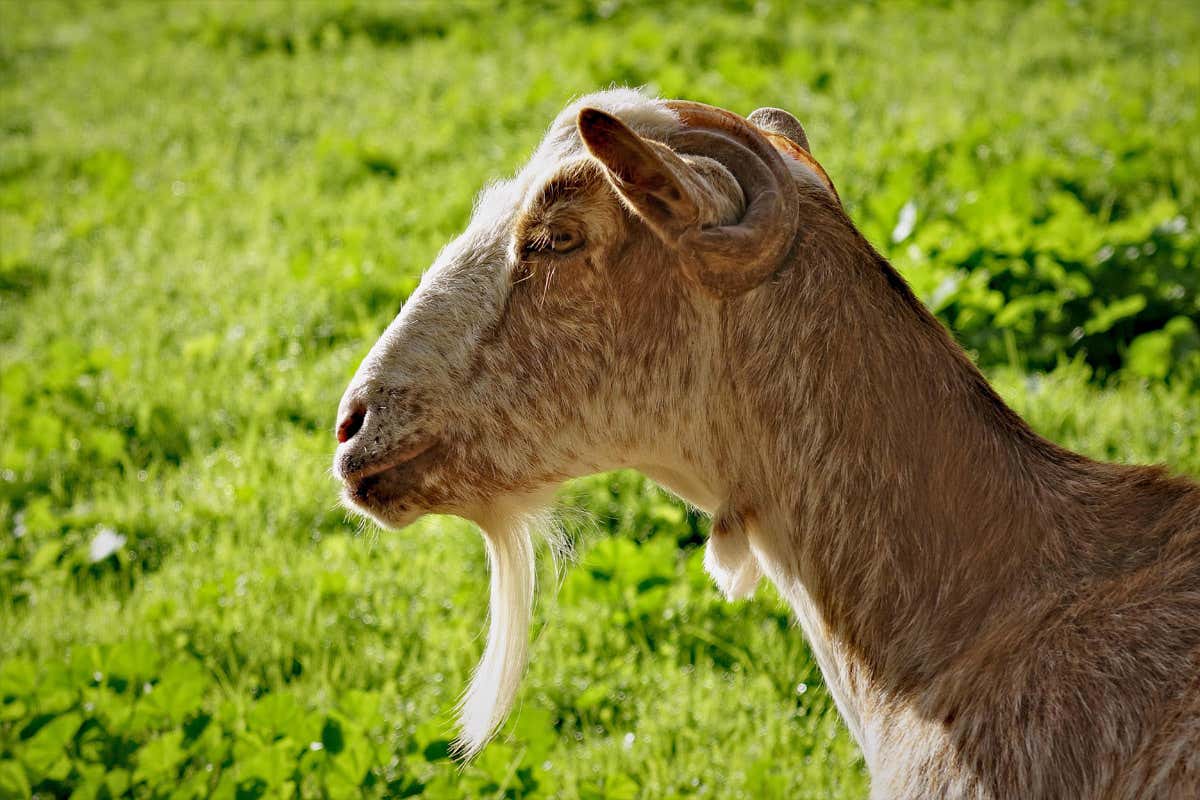 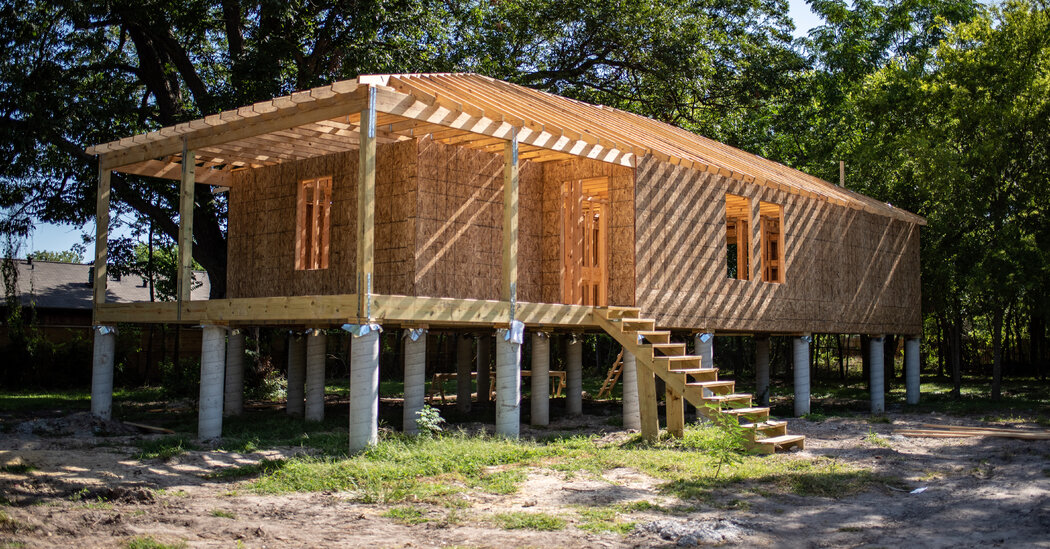 For years, money for flood protection in the Houston area went mostly to richer neighborhoods. A new approach prioritizes minority communities, and […] 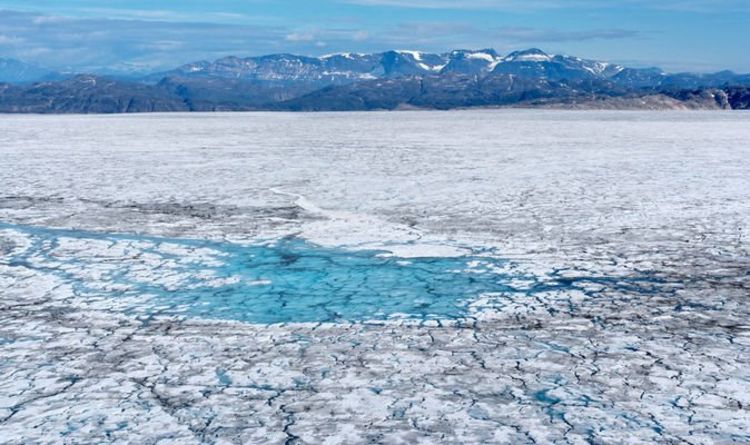