The first nine months of Josh Gowling’s managerial career may, he accepts, have brought on a few grey hairs. “I’m glad I’ve been through it, though,” says the Hereford manager. “I’ve learned more in this period than I would in many years of football. There have been so many facets to this season but it’s been so exciting, I’m happy with it.”

Gowling’s energy rarely lets up during an hour-long conversation. His positivity is infectious and he hopes it will cajole his National League North side to an FA Trophy semi-final win over Woking, from the division above, on Saturday. An entire season, or whatever is left of it, treads a precarious line: while Hereford are unbeaten in 10 games they have only played once since mid-February, when the league season was declared null and void. Booking the club’s second-ever Wembley appearance would extend their interest until May, but defeat at Edgar Street would open a chasm of up to six months before their next competitive match.

“It’s two big clubs at this level and in normal times the stadium would have been packed out,” says Gowling, the 37-year-old who took over permanently last summer after a well-travelled playing career finished with the Bulls. “Preparing without any games has been bizarre and we’ve had to do a bit of a mini pre-season to get ready for the weekend, really putting the lads through their paces.”

Gowling describes the uncertainty that has dogged the past year at National League level as “mind‑boggling”. He is critical of the “lack of information and clarity” offered to clubs at Hereford’s level, which led to controversies over funding models and, since Christmas, several occasions when fixtures went unfulfilled by opponents. His first pre-season took place amid the backdrop of a slashed budget and a revolving door of, he estimates, about 30 triallists. With question marks over pay, some of his players were forced to enter the job market for the first time while he juggled with their varying availability.

“When you go through adversity like this it bonds you,” he says. “It’s brought us all together as a squad and a staff, so that’s been great.” It is a characteristically sunny interpretation of extraordinary times. Gowling, though, may not be an ordinary manager. Knowing many modern footballers share his passion for gaming, he struck upon a team-building method he believes will survive a return to normality: staff v players sessions on Call of Duty.

“We’ll probably continue doing it after the lockdown,” he says. “It gives the lads a chance to get back at me, shoot me a few times. But when you look at everything it involves – communication, organisation, strategy, tactics – there are a lot of elements that transfer into football. Some of them are better at it than others, but you come into training the next day and have a laugh about it.

“Gaming is a big thing when you look at the football landscape, a generational thing. So for the newer breed of manager, who are used to it, it’s another tool we can use to get to know the players and maintain their morale. You might not have found Sir Alex Ferguson doing it but I’m sure it’s something managers will interact with in future.”

Gowling had little inkling, while coming through at West Brom and establishing himself in the Football League with Bournemouth, that a career in coaching lay ahead. He was, however, “a very good manager on Football Manager” and admits it had a big influence. “It’s amazing, you don’t realise how many details you pick up but then you become a manager yourself and think: ‘Where do I remember him from … ah!’”

His interest in football analytics runs far deeper than the computer game’s formidable databases. Brentford’s model is a particular source of fascination and he aims to create something to scale at Hereford, who were born as a phoenix club for Hereford United in 2014 and remain something of a blank canvas. Unusually for a sixth‑tier manager, Gowling employs an analyst; this summer he intends to hire five maths undergraduates to transfer their skills to football recruitment.

The necessarily hands-on nature of management during the pandemic has appealed to Gowling. He holds a psychology degree and is a qualified counsellor; he is also fascinated by the ins and outs of business, owning a car leasing company. There is a responsibility not to repeat the demise of Hereford United, where he played on loan during 2008-09.

“Our community and fanbase are a family. But the club has to be run as a business first and foremost because we’ve seen what happened before. If it wasn’t for the fans getting Hereford back running again, I wouldn’t have a job. I owe it to them to make sure we are run sustainably.”

They are words spoken like a CEO or director of football, which are roles Gowling thinks would interest him when he has fulfilled his managerial ambitions. He credits Sean O’Driscoll, who took him to Bournemouth from the Danish club Herfølge in 2005, for fuelling his desire to take this path. That Cherries dressing room was a “unique environment” that included Eddie Howe and the task now is to follow in his footsteps.

Having beaten Woking’s divisional rivals, Aldershot, in the last eight it would turn heads if Gowling took Hereford to Wembley. “Nobody here, myself included, is on a long-term contract so there are real-world consequences if you don’t have success,” he says. “But when you start thinking all the chips are in, you make strange decisions. Nobody expected us to get this far but I’m framing it as just another game. Even if we get to Wembley, we haven’t done anything yet.” 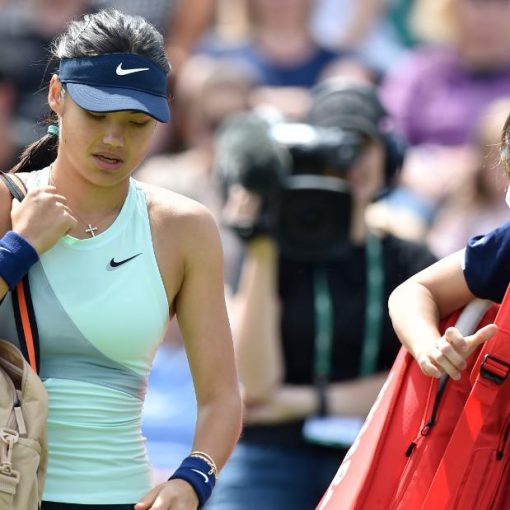 The 19-year-old had to retire from her match against Switzerland’s Viktorija Golubic with what appeared to be an issue with her side. […]

“I hope one day we don’t have to have special days and every single day is International Women’s Day,” says Claire Rafferty. […]