In Iberá National Park in Argentina, two wren-size, nearly identical species of bird live side by side, spending their days foraging for the same kinds of seeds and nesting in the same kinds of places. These species can breed together successfully but normally don’t—for seemingly trivial reasons, evolutionary biologists have just discovered. Differences in belly color and song appear to be enough to keep the birds from mating with one another, generation after generation.

The finding helps explain how the two different species arose, despite being genetically very similar. The work shows “the important role of behavior in the origin of a new species,” says B. Rosemary Grant, an evolutionary biologist at Princeton University who was not involved with the study.

Usually, new species form because some members of a population become isolated, say by a river or a mountain range. Over time, two groups diverge genetically and in their traits and behaviors. If that isolation is maintained for long enough, the groups won’t be able to produce fertile offspring together.

But sometimes—as may be the case with these two southern capuchino seedeaters—no such physical barrier seems to have separated the two species, suggesting that side-by-side or “sympatric” speciation has occurred instead. Biologists are intensely curious about how this happens. “This study is one of surprisingly few that compellingly document sympatric speciation caught in the act” in vertebrates, says Martha Muñoz, an evolutionary biologist at Yale University who was not involved with the work.

Cornell University evolutionary biologist Leonardo Campagna started studying southern capuchino seedeaters about 20 years ago because researchers had found they had expanded from one species to 10 in less than 1 million years, and he wanted to know how that radiation proceeded. In 2017, Campagna and his colleagues demonstrated that the biggest genetic differences between the 10 species of capuchino seedeaters lay in genes guiding the production of melanin pigments, indicating that changes in plumage color may have been central to the creation of new species.

Now, he and Sheela Turbek, an evolutionary biologist at the University of Colorado, Boulder, have homed in on the Iberá and the tawny-bellied capuchino seedeaters, (Sporophila iberaensis and S. hypoxantha, respectively) Females of each species look identical. Both live, breed, and forage in the same part of the national park, so the two species have plenty of time to interact and perhaps mate. The big differences: The Iberá male has a reddish belly and black throat, whereas S. hypoxantha has a sandy-colored belly and throat. And the whistles of their songs are put together in different ways.

To see whether the two species really didn’t mate with each other in the wild, Turbek and her colleagues banded 126 birds of both species, tracked the activities of the adults and 80 of the young produced, and sampled the DNA from each. Genetic analysis confirmed the two species do not interbreed. That suggests females prefer mates of one plumage and song or another; their choices may have sent the birds down speciation’s track.

It’s hard to study the identical-looking females as they choose mates, but numerous studies in birds have found that the traits used in female choice are also used by males to recognize sexual competitors. So Turbek examined how males reacted to other males of each species. Often, male birds of one species tend to tolerate the males of another, but react more strongly to males they recognize as of their own kind and with whom they, therefore, compete for mates.

Turbek’s team painted appropriately colored models of males of both species and then evaluated the responses of actual males to the model. She sometimes played recordings of the song of either species while displaying the models. Males most strongly attacked the models that both looked and sounded most like them, apparently seeing those models as fierce rivals for mates, Turbek and her colleagues report today in Science.

Further genetic comparison of the two species uncovered just three gene regions—totaling 12 genes—that distinguish them, including previously unrecognized differences in regulatory DNA that control plumage coloring. Those small genetic and plumage changes were apparently enough for some females to start preferring a specific coloring, setting the stage for the birds to be “isolated” in place. “Differences in song and plumage alone may be sufficient to maintain species boundaries extremely early in divergence,” Turbek says.

There’s still a chance that the Iberá and tawny-bellied seedeaters first evolved in different places, rather than through sympatry, and only later moved into overlapping habitats, Turbek points out. But other researchers say the research appears to show how sympatric speciation happens—and in this case, happened so quickly.

When Turbek, Campagna, and colleagues evaluated the genetics of the other capuchino seedeaters, they realized that the various species have interbred in the past, producing hybrids that have, over time, mixed up the species-defining versions of key genes. The gene variants that now define Iberá seedeaters “seem to have already been present and were simply reshuffled into new combinations,” to create that species, says Harvard University evolutionary biologist Scott Edwards. No new genes needed to evolve, so new species could arise quickly. “Ornithologists have known for a long time that song and plumage are important” in keeping some species distinct, he adds. “This paper shows how these traits are realized at the genomic level” and that is “quite impressive.”

As residents along the Louisiana coast surveyed the damage left after Hurricane Ida came ashore, and a day after Tropical Storm Julian […]

With the worst of Hurricanes Irma and Harvey having occurred, millions of people are now assessing the destruction left by the storms, […]

An app uses artificial intelligence to detect “white eye” in photos. This can be just a trick of the light, but is […] 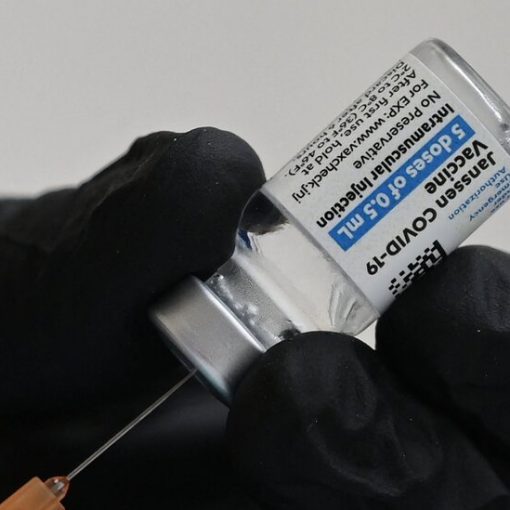