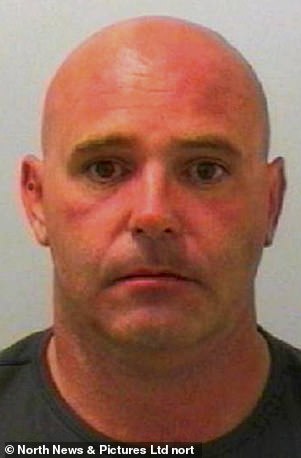 Paul Robson, 50, was in breach of his prison licence when he murdered his ex-partner

A cage fighter on trial for blackmailing and murdering his ex-partner was in breach of his prison licence and had been ‘unlawfully at large’ for months at the time of the killing, a court heard.

Paul Robson, 50, denies murdering Caroline Kayll, 47, and attempting to murder a teenage boy with whom she had illegally been having sex.

Newcastle Crown Court heard Robson had been sentenced to 10 years in jail for drugs and firearms offences, and it was while he was behind bars that he met Mrs Kayll, then working as a prison teacher.

The court has heard they started a clandestine relationship in prison and he moved in to her home in Linton, Northumberland, after he was freed.

When their relationship ended, he found out she had been having underage sex with a 15-year-old, and the jury was told he blackmailed her about it, threatening to ruin her.

He was then said to have travelled from Glasgow to her home, where the jury was told he murdered Mrs Kayll and severely injured the teenage boy in November 2020.

Robson, of Wallsend, North Tyneside, denies murder, attempted murder and blackmailing his ex-partner, and he claims he was attacked by the youth in Mrs Kayll’s home. 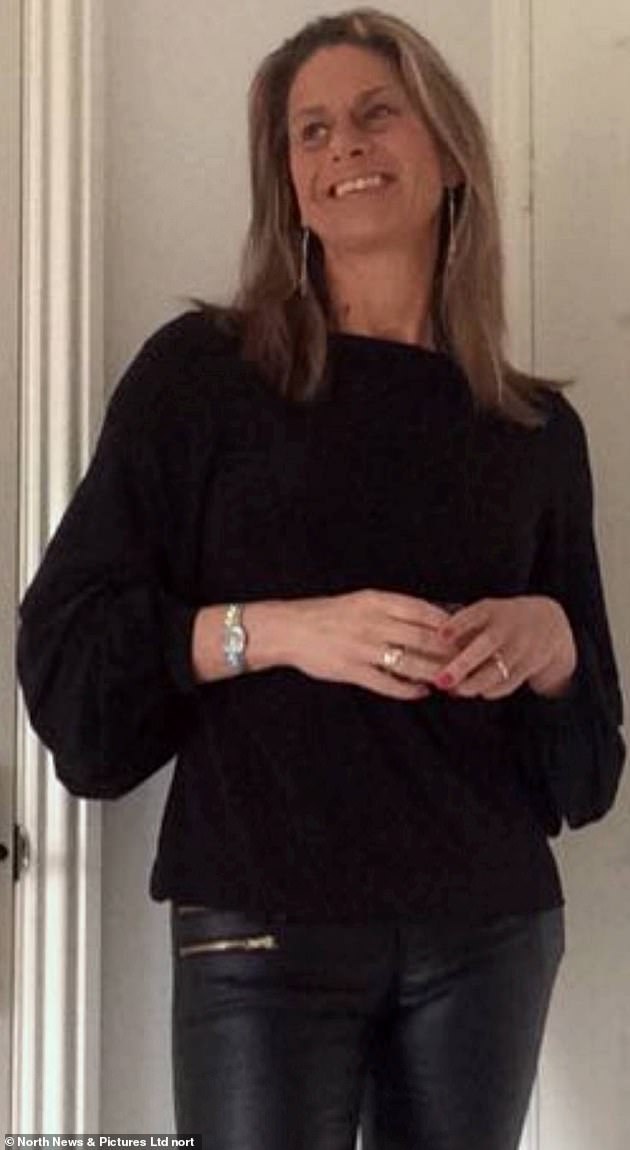 Pictured: Caroline Kayll, who died in hospital after attack in Linton, Northumberland on November 15

The jury was read a series of agreed facts by the prosecution.

Barrister Richard Bennett told the court Robson was jailed in 2014 for a total of 10 years for drugs and firearms offences, and that while at HMP Northumberland he gained ‘trusted’ status and worked in the education department, where Mrs Kayll was a teacher.

He was released on licence in November 2018, but was then recalled to prison in March 2019 because he had breached his licence, the court heard.

After the murder police found an electronic copy of Robson’s CV on a memory stick, in which he said he was a ex-professional fighter and amateur powerlifter who wanted to become an assessor and verifier.

A pathologist at Newcastle Crown Court told jurors Ms Kayll had 60 injuries and died from blunt force to her head.

The boy was found to have suffered 45 injuries, having been stabbed, chopped and slashed, he had bite marks to his arm and defensive injuries to his hands, the court has heard.

Robson claimed in a defence case statement that he was attacked from behind while talking to Ms Kayll.

He said he came round from unconsciousness to find the youth standing over her as she lay motionless on the floor of her house last November.

But pathologist Dr Nigel Cooper, asked if Robson’s injuries match up with Robson’s own account, replied: ‘No they don’t.

‘Usually the victim has injuries worse than the assailant. There’s an enormous discrepancy in the number of injuries between (the boy) and Mr Robson. They are consistent with Robson being the assailant and (the youth) being the victim.’

As well as multiple areas of bruising to various parts of her head, face, and body, arms and legs, there were cuts to both buttocks.  She also had fractures to both cheekbones.

She suffered multiple fractures to her eye socket and nose.

Her brain was found to have been badly damaged by a lack of blood and oxygen. It was also severely swollen, there was nerve fibre damage and a small amount of bleeding.

Referring to the neuropathologist’s report, Dr Cooper said: ‘He says severe force has been applied to Caroline’s head, including an action causing a violent rotational movement of the head.

‘The brain has twisted violently inside the head to cause the fibre damage.’ 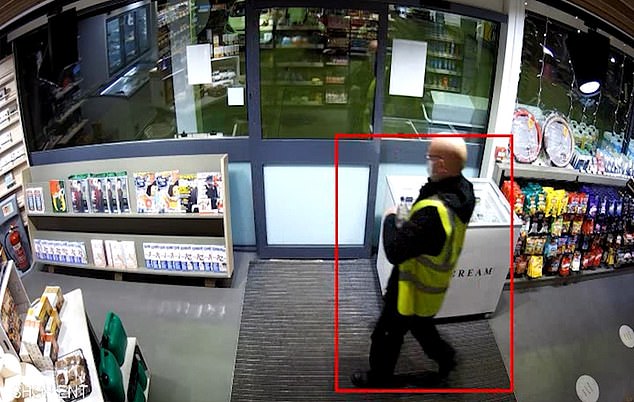 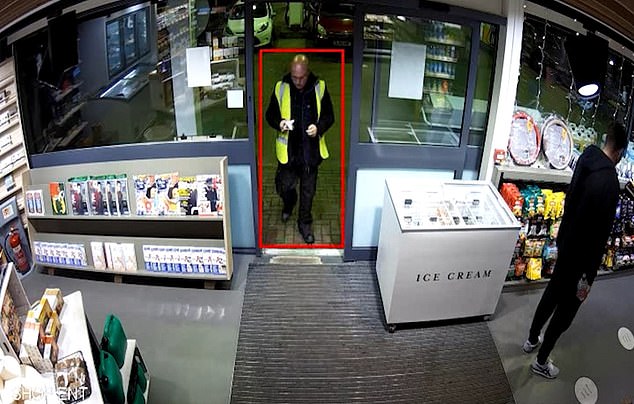 It is said he drove for three hours from Glasgow to Linton, having bought a locksmith’s bar, a magnetic GPS car tracker, screwdrivers, pliers, a wrench and ammonia

Referring to causation of the brain injuries, Dr Cooper said a pathologist believes someone kicked or stamped on her head.

He added that it would require a ‘severe’ level of force.

Meanwhile, Dr Cooper said the youth suffered three stab wounds, 19 slashing or chopping injuries, a chop wound to his face with an underlying fracture, seven scratches or similar marks which may or may not have been caused by a sharp weapon and superficial puncture wounds from something used repeatedly, possibly scissors.

Here Robson is pictured with a drink bottle that he picked up on journey, Newcastle Crown Court heard

The teenager also had four bite marks to his arms and four blunt force injuries.

There were other indistinct injuries and injuries to his hands, including to tendons, which could have been defensive injuries.

Robson claims he was struck from behind while speaking to Ms Kayll.

He said he recalls someone throttling him, doesn’t know how long he was unconscious and he came round dazed.

The statement said he saw the youth standing over Ms Kayll, who was lying motionless on the floor.

His defence statement added: ‘He said he chased (the youth) who ran upstairs. The defendant says (he) was in a rage, calling Caroline a liar and a c*** and he was trying to stab the defendant.

‘At one point he stabbed with such force his hand slipped down the hilt onto the blade.’ 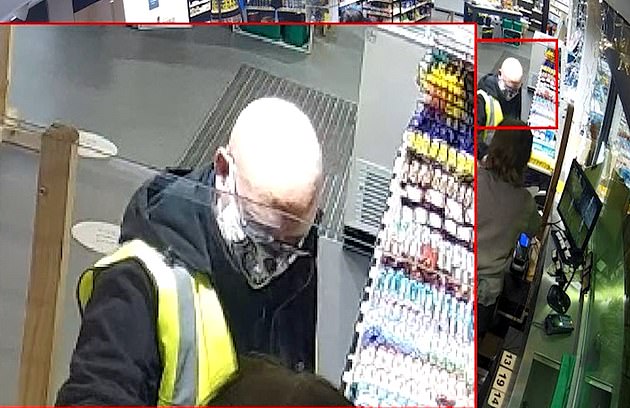 Shortly after this picture was takenn the powerfully-built defendant was seen on CCTV in heavy boots ‘prowling’ outside her house, the jury heard

The statement went on to say Robson disarmed the youth of the knife but that the youth was in a rage and forced him out of an ensuite bathroom and into the bedroom and that he ended up on top of Robson and was saying ‘she’s a f****** liar’.

It added: ‘He was intent on driving the scissors into the defendant’s face.

‘He bit him and managed to wrestle the scissors from him. He accepts stabbing him a number of times to subdue him.’

The statement went on: ‘The defendant dragged him downstairs. He then went to Caroline Kayll and realised a lot of her hair had been cut off.

‘The defendant attempted mouth to mouth but her mouth was full of blood. 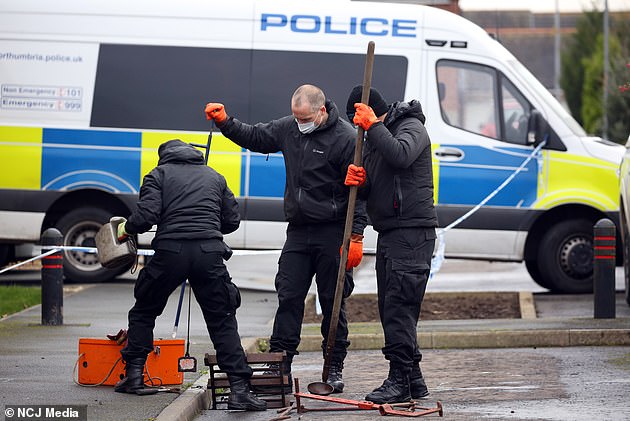 Pictured: Police at the scene in November

‘He sprayed her face with a hose to clear away the hair and wash away the blood.

‘He tried mouth to mouth and put her in the recovery position.’

Robson then claimed the youth ‘came at him again’ with a meat cleaver but that he got the better of him and disarmed him He accepted he struck him a number of times with the knife but insisted he inflicted the injuries lawfully in self-defence.

The trial continues on Wednesday. 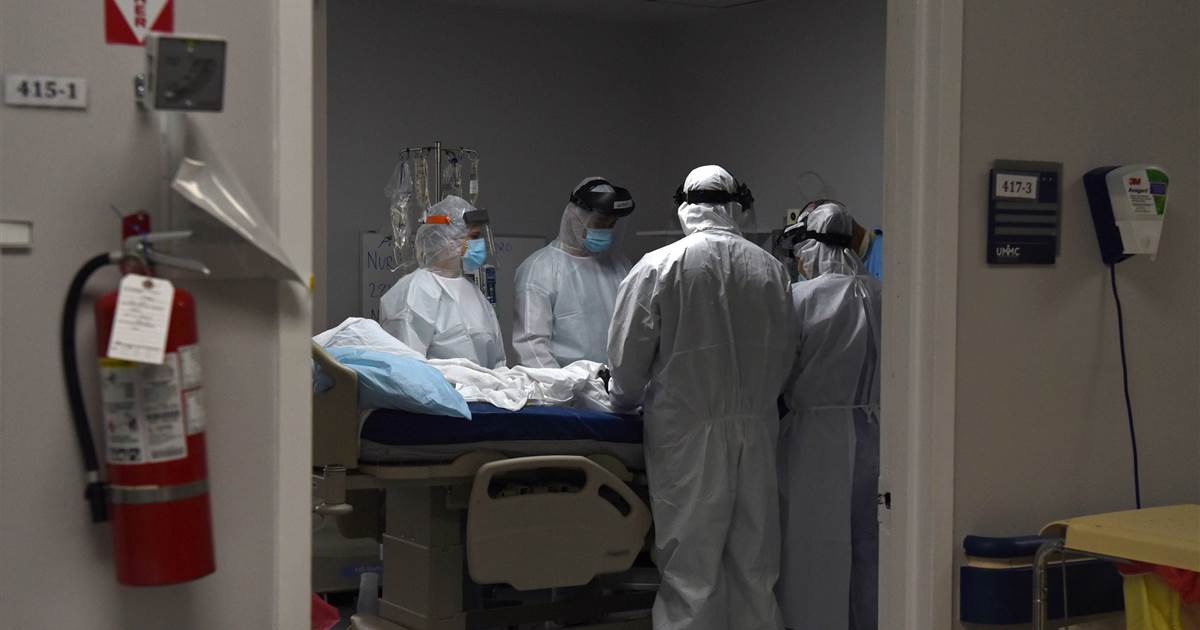 A St. Louis ICU doctor shared a video showing what Covid-19 patients see as they are being intubated in an attempt to […] 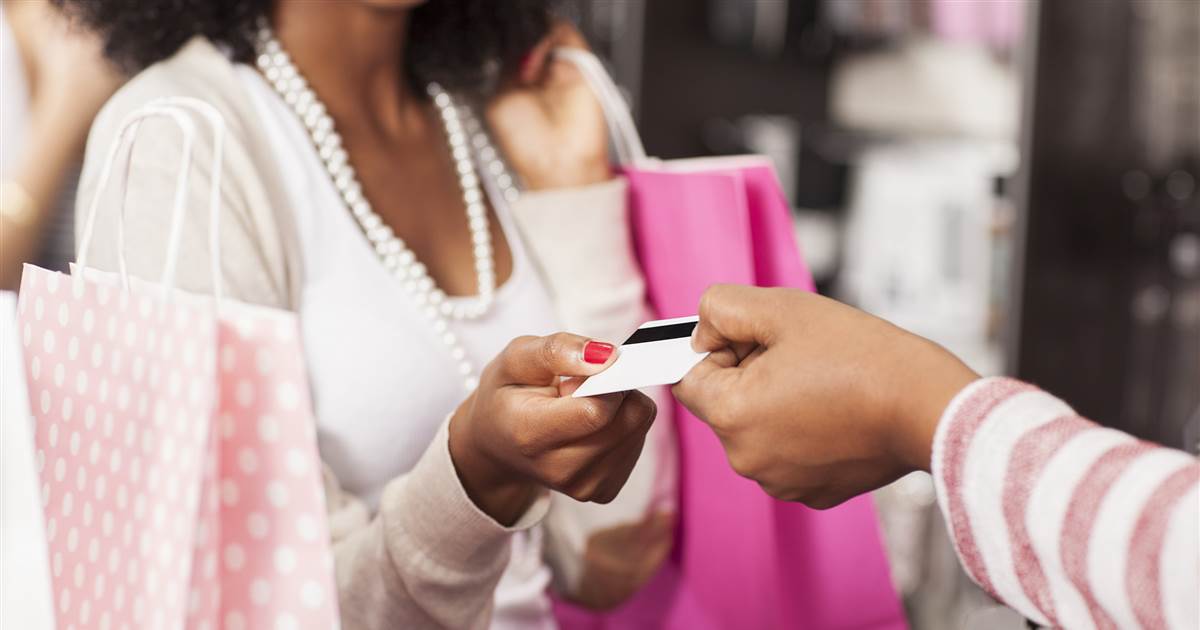 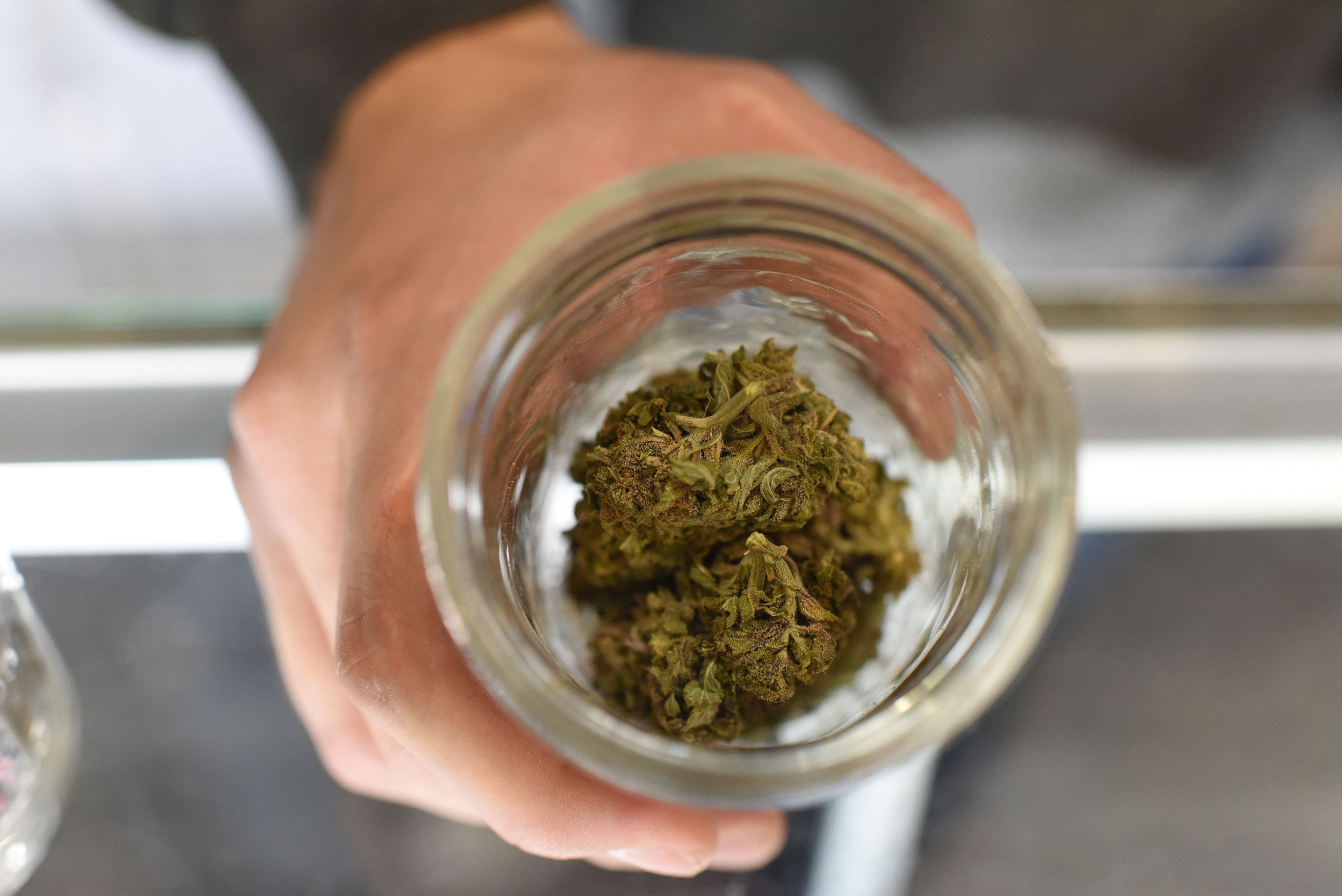 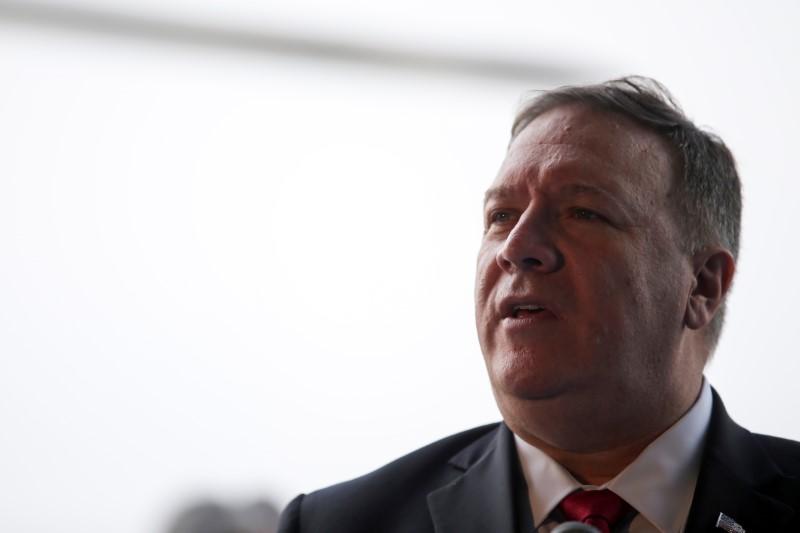