For several months, I have been experiencing symptoms my GP can’t explain, including heart palpitations, chest pain, weight loss and my toes turning purple.

Tests for an overactive thyroid were inconclusive. Could my symptoms be caused by an undiagnosed hiatus hernia? I’m 65 and otherwise healthy.

Your concern about your unexplained symptoms is understandable, but let me reassure you that further investigation should help confirm a diagnosis.

The weight loss — from 8 st 3 lb to 7 st, as you indicate in your longer letter — is significant, given that you are eating well.

This symptom, in common with the heart palpitations, does point to an overactive thyroid gland as the possible cause. 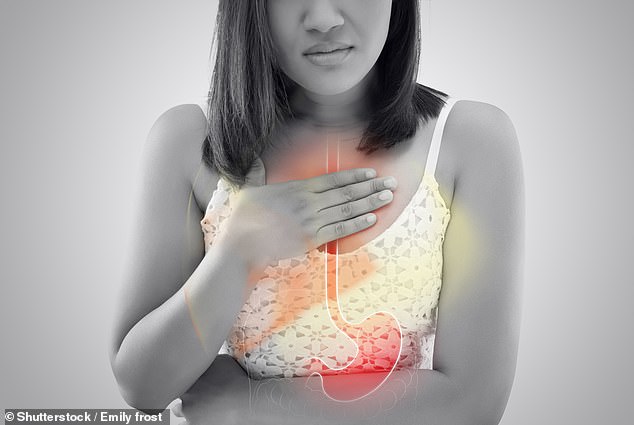 Your symptoms do not suggest you have a hiatus hernia, which is where the abdominal organs slip up through a weak spot in the diaphragm and into the chest, causing symptoms such as heartburn and acid reflux (pictured)

Another factor to consider is that widespread bone pain (including, for instance, the chest pain you mention) occurs in up to 15 per cent of people with an overactive thyroid.

(I’ve not been able to find a reference to purple toes as a result of thyroid problems — it may be these are due to an unrelated circulation issue.)

Furthermore, your symptoms do not suggest you have a hiatus hernia, which is where the abdominal organs slip up through a weak spot in the diaphragm and into the chest, causing symptoms such as heartburn and acid reflux.

On the assumption that your thyroid is the cause, the apparently unconnected symptoms reflect the fact that this gland (which sits in the front of the neck) produces hormones that influence some key body functions, including heart rate and metabolism. 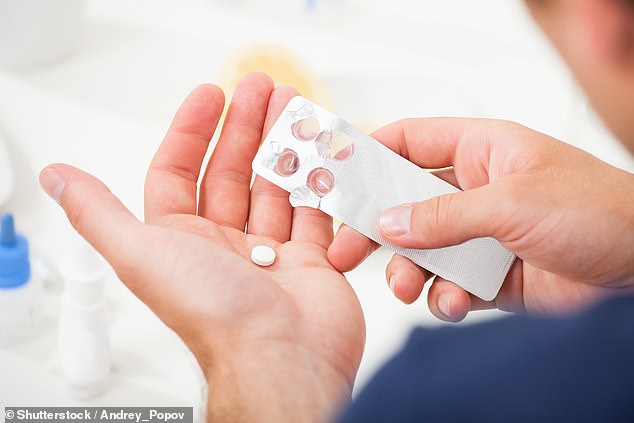 This may well be a reason the blood test was inconclusive, as a number of treatments and pills, including zoledronic acid, a drug given intravenously for osteoporosis, have been reported to cause changes in thyroid function tests

For a variety of reasons, the gland can produce too much of these hormones, causing the type of symptoms you’ve experienced.

The inconclusive blood tests for thyroid function are the sticking point here, and I’d suggest asking your GP to repeat them.

Needing a repeat thyroid test is common when lab tests produce unexpected results (the test you want is the one that checks levels of thyroid stimulating hormone, or TSH).

In your longer letter, you mention that you had intravenous drug treatment for osteoporosis in July 2019, and again in 2020.

This may well be a reason the blood test was inconclusive, as a number of treatments and pills, including zoledronic acid, a drug given intravenously for osteoporosis, have been reported to cause changes in thyroid function tests.

The relationship between your osteoporosis treatment (if it did indeed include zoledronic acid) and the timing of the thyroid function blood test is important, as it may explain why the test was inconclusive. My suggestion is that you are investigated once again.

For several years, I’ve had two small sores, one on my right temple and one on my right ear. My GP treated them with a freezing spray, but they came back. The practice nurse calls them sunspots. Should I be concerned?

I am always at pains to stress that treating any skin condition must be a spectator activity — that is, a GP needs the patient in front of them as it’s hard for anyone to make a judgment without seeing the problem.

Nevertheless, it is likely that your GP and the practice nurse are correct, that the skin lesions you describe are sunspots rather than local skin cancers, even though they may well be the legacy of a lifetime of sun exposure.

These spots are probably both actinic keratoses, also known as solar keratoses, which are benign manifestations of damage caused by ultraviolet light (UV light), and which can be removed with cryotherapy — the freezing procedure you describe. 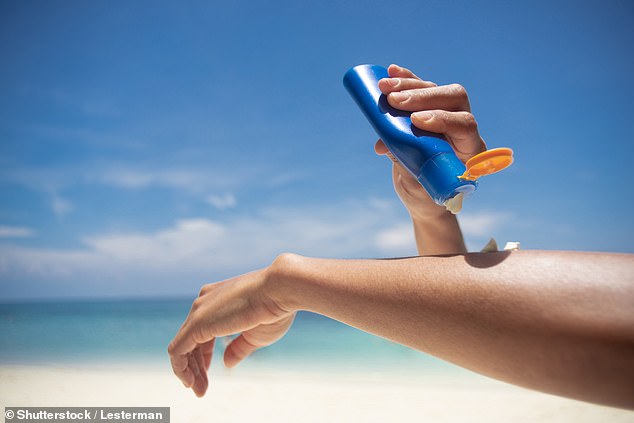 The skin lesions you describe are sunspots rather than local skin cancers, even though they may well be the legacy of a lifetime of sun exposure

The idea is that first freezing the area, then allowing it to thaw, then freezing it again destroys the cells in that region.

It is essential not to over-treat patients by applying this technique for too long, as this can cause a scar. But under-treatment may result in recurrence.

A freezing time of five or ten seconds is usually sufficient, and I suspect that your doctor has been treading warily.

When there are recurrences, your doctor may decide to ratchet up the treatment, with two freeze-thaw cycles in one session in future, which can be more effective at fully removing the lesions.

Replies should be taken in a general context and always consult your own GP with any health worries.

In my view… GPs must keep seeing patients face to face

In-person consultations are vital not only for diagnosing skin conditions (see letter above), but for all complaints. They are as important to medical care as diagnosis itself and must be preserved.

Some years after I qualified as a doctor, it became compulsory for those wanting to enter general practice to undergo training for certain special skills.

A cornerstone of that training was to study the work of psycho-analyst and physician Michael Balint and his book, The Doctor, His Patient, And The Illness.

This sets out the idea that the very process of a medical consultation can be in itself a form of treatment — in other words, there’s something magical in the appointment that’s therapeutic.

Thanks to the pandemic, the ‘remote’ GP consultation has truly arrived and is clearly here to stay. But as the chairman of the Royal College of General Practitioners, Professor Martin Marshall, reminded us in a recent — ironically virtual — conference, the emphasis on phone and video consultation is risking the loss of key elements of general practice.

For me, this loss includes that sixth sense, a feeling that there’s something unsaid which might be the real reason the patient has booked an appointment. Their posture, demeanour and appearance can offer vital clues.

Equally, the non-verbal cues from the doctors themselves — support, empathy, understanding — can only happen when face to face with a patient.

Of course, there’s a place for conducting some elements of care online (for example, simple questions about treatment updates). But as Professor Marshall said: ‘The relationship between a patient and their GP is as important as a scalpel is to a surgeon.’

The personal connection is a vital component of medical care that we must honour and conserve. 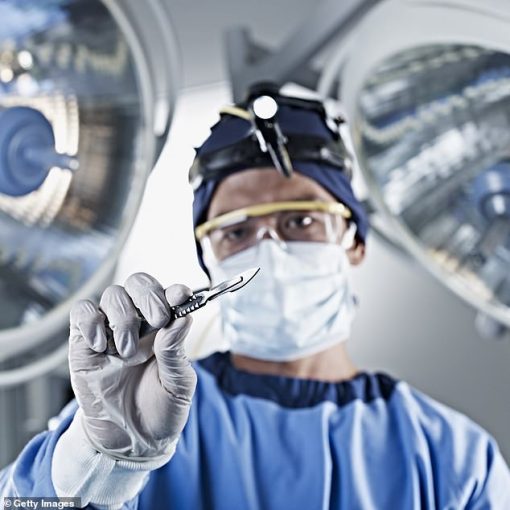 Widespread myths about Tourette’s syndrome are preventing young people from spotting early signs of the disability and seeking help, experts and patients […] 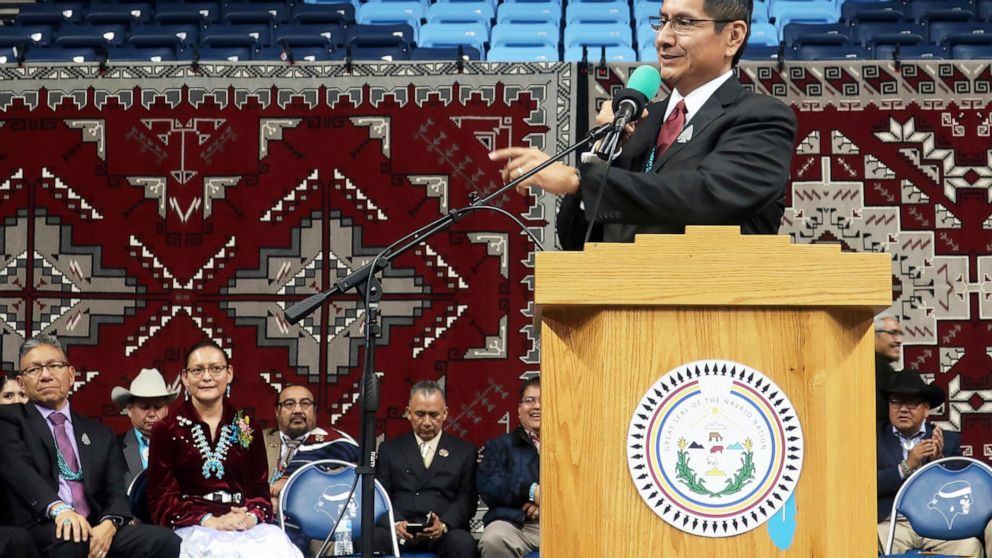 Two leaders of the largest Native American reservation in the U.S. are in self-quarantine as the coronavirus outbreak sweeps across the Navajo […] 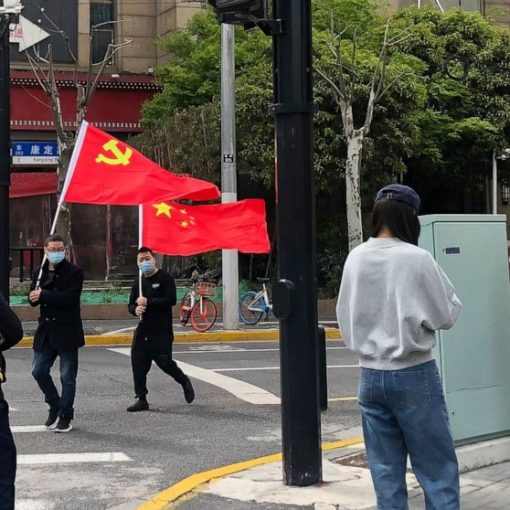 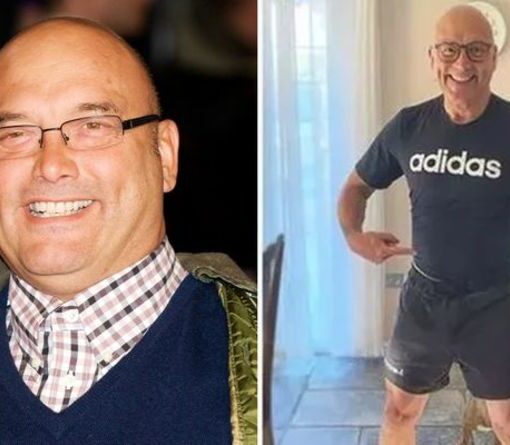 Gregg Wallace, 57, is a broadcaster from Peckham, south London. He has appeared in a slew of TV shows over the years […]