“It’s funny because when I was younger I was so awkward socially,” says Lucy Bronze. “I was so lucky that I had sport and was good at sport because it’s the only way I knew how to interact with people.”

The Manchester City defender has been delving into the past. On International Women’s Day Bronze posted a video to her Instagram of a nervous looking young Bronze, on a windy pitch, turning towards the camera with knuckles held close to her face, then it cuts to her having a chance on goal. “My mum’s being pulling out a few videos and pictures recently and on these things you can just see the awkwardness on my face. It’s quite funny to see how I’ve grown. I’ve grown a lot over the years and it’s nice to see that change.”

Interestingly, in the newly announced Team GB manager Hege Riise, a former World Cup, Euros and Olympic champion, Bronze has found a manager who seems to understand that more reserved side. “I like Hege,” says Bronze. “Hege and [the assistant manager] Rhian [Wilkinson], they work together like Batman and Robin, it’s quite interesting how the two personalities mash together because they’re so different.”

Riise and Wilkinson spent time with each player during England’s February camp, their first, to learn more about them and in Riise Bronze found a kindred spirit. “I was talking to Hege about what kind of person I am and she just laughed,” says Bronze with a grin.

“I was like: ‘Oh, you know, the Covid restrictions are hard but I enjoy being by myself, I like being in a room, I like been focused, I like to train. Some of the other girls go crazy, they need to go and get their coffee, they need to socially interact with each other all day or they lose their minds.’

“She just laughed and said: ‘No Lucy, I understand you’ and I thought: ‘Oh, this is nice. I’ve got a coach that must have been the same sort of player.’

“In the past, not with Phil [Neville] or anything, I think I’ve been misunderstood or it’s taken a while for coaches to really understand the person that I am, because I’m just a little bit different to the other girls. Straightaway, she said: ‘No, Lucy, I understand’ and I was like: ‘That is music to my ears’.”

In England’s 6-0 friendly defeat of Northern Ireland during that camp, Bronze looked like a player on a mission and finished the game with two assists and a goal. “Playing for England at the minute is enjoyable,” she says. “The new coaches have given me a pretty free rein, which is probably why I got two assists and a goal because they said we know what we can get from you, you go and do you.”

That game was sandwiched by impressive performances for Manchester City, including the opening goal in a 3-0 derby win against United, that earned Bronze the Barclays WSL player of the month award for February. Bronze rejoined City from European champions Lyon last summer to be closer to the England team and at City she plays with a host of her international teammates. England are benefiting and so are City.

“It does make it a lot easier that, even though I’ve been carrying injuries, I’ve not had to focus on all the things that come with being in a new team and trying to settle in, I’ve been able to just focus a lot on my side of the game,” Bronze says.

“I can feel that the decision [to come back] was right. I’ve had a bigger impact on things than probably what I did this time last year, even though we’ve had Covid, which has obviously limited a lot of things with camps or games or interactions with people.”

One player benefiting from having the world’s best full-back behind her is the 23-year-old forward Chloe Kelly. Their relationship is looking increasingly instinctive. “Coming from Everton, Chloe was heavily relied on for goals, for assisting goals, making goals, scoring goals,” Bronze says. “So I think it’s been good her to come to a team where she could maybe relax a little bit more, the pressure’s not on her. She’s still so young. At the start of the season I was like: ‘Chloe, you do know you can pass to me? I can do these things, too.’

“As the season has gone on, particularly most recently, our relationship has developed and we’re starting to create movements together, create goals together and it’s not just one of us doing it on our own.”

The mentoring role is still new to Bronze, but she is increasingly enjoying it: “A couple years ago I probably felt a little bit like I wasn’t really a senior member of the teams that I was playing in. Over the past two years that’s kind of changed.

“There’s a lot of players who comes to me now and ask me questions. It took a while for it to click in my head and think that they’re asking me questions because they really look up to me or they think I’ve got the answers or I’ve got the experience. Once that clicked in my head I’ve enjoyed it. Obviously Chloe and Lauren Hemp, at City, I get on well with Lauren James, and when she was at England, she was was texting me every day like: ‘Lucy can we have a chat. I want to do this, I want to do that, what should I want to do?’ The great thing is is that they’re all hungry to learn and if you want to ask questions, I’m open to helping anyone and answering because I want England and I want English players to improve and be the best in the world as well.”

Is Bronze back to her best after niggles that affected her return at City? “Not yet, no,” she says. “I feel like I’m getting better, settling in better. I’m just fixing a few things with my body at the moment, but I’m definitely improving as the season goes on. The team is as well.”

Monday’s Rumours kick off with quite the doozie, with The Telegraph reporting Napoli have set their hearts on an audacious summer swoop […] 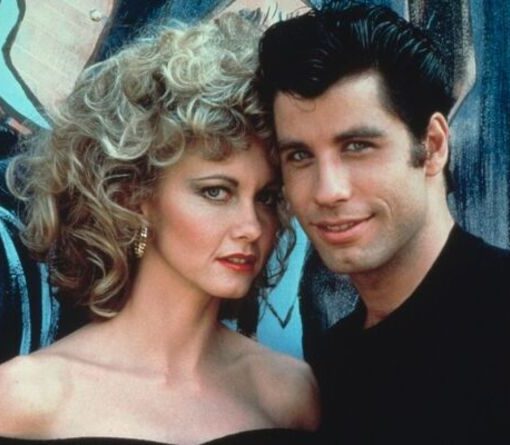 “I didn’t see it like that at all, I think it’s a fun movie that entertains people,” she added in A Life […]

Verstappen produced a stunning overtake on Kimi Raikkonen on the final lap to steal third place from the Ferrari driver. And with […]