It’s long been established that football fans can’t have nice things. Not allowed. Take our league, which used to have logical divisions like First, Second, Third and Fourth, but now makes even less sense than a marketing executive seven hours into an evening on the chop. Clubs like Ipswich, Watford, Southampton and QPR could launch genuine title challenges and nobody would bat an eyelid. Every season was a different world, played on fresh terrain. Now the same clique dine at the top table year in, year out, to the point that a poor title defence, pretty much par for the course back in the day, becomes a jaw-dropping break from the norm, a strange object of wonder to be mocked by a generation of compliant rubes.

The Man jiggered Big Cup as well, of course. There’s a competition that could be won by Steaua Bucharest, Red Star Belgrade, Nottingham Forest or the Queen’s Celtic, but now is a similarly repetitive grind featuring the usual suspects, a firm that even petroclubs struggle to break into. You’d think The Man would be satisfied with his work, but it’s never enough for these people, and now it looks like plans to double-bloat Big Cup are in the pipeline and set to spray across the continent before the end of the month, a dirty protest in administrative form.

The idea is the brainchild of Edwin van der Sar, chief suit of Ajax, a club that once melded seemingly incompatible concepts of collective responsibility and individualism to create something beautiful, but are now doing this. Across countries where Johan Cruyff once glided with balletic grace, his descendants clod-hop in dirty boots. The scheme, submitted under the auspices of the European Club Association, will see the group stage of Big Cup become a convoluted 36-club mega-league that necessitates each team playing 10 games against opponents decided by wildcards and coefficients, and there may be the need for some two-legged play-offs as well. All this before Christmas.

It’s a work of no little genius, because the more you read it back, the less sense it makes every time. The motivation for this preposterous hustle is to end talk of a European Super League, another thing nobody has ever asked for, Uefa general secretary Giorgio Marchetti bloviating: “Unity can be lost when insidious ideas are pursued under the pretence of survival, growth and business needs.” All this will have the knock-on effect of further damaging the domestic leagues, required to shrink to make room for the extra fixtures, and may also feature “a double-path transfer system” where clubs can’t buy each other’s players depending on which tier they’ve been allocated. The grift is on, people, though we’ve known that for decades.

“We will score 18 – 18-0, this will be the result. What a question! [Southampton conceded] nine when they played 88 minutes 10 against 11. Do you think this is a joke? We are going to score nine goals or 18? Be serious. We are just trying to win the game” – Pep Guardiola reaches peak exasperation after being asked if he expects a goal-fest against Southampton.

It’s Max Rushden and the pod squad with a look back at the Madrid derby, Der Klassiker and what next for Barça now they have a new but not new chief suit.

“Re: yesterday’s Fiver letter from ‘NE’ bemoaning The Fiver flogging an unfunny joke beyond death. I can only assume they are a recent subscriber. Some of us have been waiting more than 20 years for some punchlines” – Darren Leathley (and 1,056 others).

“The nice thing is that the letter shows you are inexplicably managing to attract new readers. Through some malady of low self-esteem, I have been reading since the beginning, but I appreciate the kids are the future, etc and so on” – Tom Schumacher.

“José Mourinho (Psy.D) reckons the work he has done on Gareth Bale’s mind has made him good at football again (yesterday’s News, Bits and Bobs). Mourinho is clearly a follower of Seligman’s learned helplessness model, itself the inspiration for black ops interrogation and ‘persuasion’ techniques. ‘Yes, yes we break the psychological barrier!’” – Paul S Benveniste, Ph.D.

“While it’s great to see you launching a ‘BAN BANNER [email protected]’ campaign (yesterday’s Fiver), may I respectfully ask that you begin in earnest after this weekend’s fixtures. The reason is I’m planning to honour my favourite Sheffield Wednesday player with an airborne message over Hillsborough on Sunday and I really wouldn’t want you to BAN BARRY BANNAN BANNER [email protected]” – Tony Crawford.

Send your letters to [email protected] And you can always tweet The Fiver via @guardian_sport. Today’s winner of our letter o’the day is … Tony Crawford, who wins a copy of From the Jaws of Victory. We’ve one more to give away [UK only, apologies – Fiver Postal Ed], and you can also enter promo code FIVER and get 15% off and free shipping.

Germany will have to find a new boss who wears a roll-neck jumper as well as Jogi Löw does, after the floppy-haired 61-year-old announced he will take his catalogue stylings elsewhere after Euro Not 2020. ”I take this step very consciously, full of pride and enormous gratitude,” he sniffed after 15 years in the job.

Interim England manager Hege Riise is to be named as head coach of Team GB this week for Big Sports Day in Tokyo.

Neymar’s lingering thigh-knack has ruled him out of PSG’s 4-0 Big Cup defeat (agg: 4-5) by Barcelona on Wednesday.

An Oldham fans’ group have accused the owners of “destroying the legacy” of the club after Harry Kewell became the seventh manager to be sacked since the 2018 takeover. Keith Curle has replaced Kewell in the ejector seat.

Aberdeen have mutually consented Derek McInnes through the door marked Do One after eight years at Pittodrie.

Chelsea boss Tommy T is chuffed with Kai Havertz’s ghostly qualities as a false nine, having spooked Everton throughout their 2-0 win. “He showed up between the lines and used his potential to accelerate,” cooed Tommy. “Today he was excellent.”

And was David Moyes happy with Big Cup-chasing West Ham’s 2-0 win over Leeds? “The players are really disappointed with how they played,” he sighed. “We didn’t reach the standard we’ve set this season.”

Is Wayne Rooney made to measure as a manager? Jamie Jackson speaks to Sven-Göran Eriksson and others to find out if the Derby boss will go the distance.

Boyhood coaching fan Robbie Keane on his desire to be a top, top coach.

Leipzig’s rampant full-back Angeliño gets his chat on with Jonathan Liew. 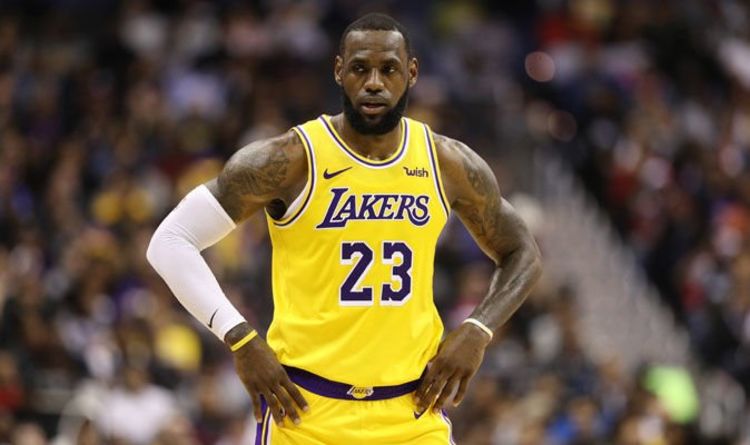 LeBron James was a doubt after suffering with a bout of illness. But the Lakers confirmed the four-time MVP will suit up […]

Antonio Conte will make several big changes to his Chelsea line up against Nottingham Forest in the Carabao Cup this week. Plenty […] 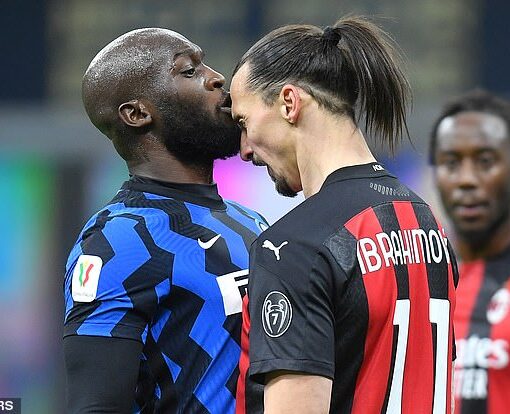