Skip to content
The primetime event, which will be shown on Sunday evening in the United States, has been relentlessly promoted by network CBS and threatens to lift the lid on a litany of frustrations and grievances held by the couple against the institution they quit last year.

“I don’t know how they could expect that after all of this time, we would still just be silent if there is an active role that The Firm is playing in perpetuating falsehoods about us,” Meghan said in a clip already released, hinting that she is ready to escalate a war of words between herself and the family she married into.

It has long been speculated by Britain’s insatiable tabloid press that Meghan felt restrained by the Palace before and after she married Harry in 2018, that the pair feuded with some of their relatives, and that their decision to step away from their roles caused a major rift with the rest of the clan.

Those theories are certain to be probed in the interview, giving viewers a first on-the-record account after years of palace intrigue.

“It’s really liberating to be able to have the right and the privilege in some ways to be able to say yes” to the interview, Meghan said in a preview, discussing the constraints on her talking to the media while a working royal. “I mean… I’m ready to talk.”

A once-in-a-generation challenge for the Palace

By the time the sun rises in the UK on Monday, the public will have a new perspective from the former senior royals on the machinations of the palace.

This week has already seen a frenzy of stories citing unnamed sources and royal commentators but the Palace has adhered to its usual protocol of silence in the face of the speculative reporting surrounding the broadcast.

It did, however, announce Wednesday it would investigate allegations that Meghan bullied members of staff, claims made anonymously in a British newspaper that the Sussexes’ spokesperson dismissed as “a calculated smear campaign.”

“It’s no coincidence that distorted several-year-old accusations aimed at undermining The Duchess are being briefed to the British media shortly before she and The Duke are due to speak openly and honestly about their experience of recent years,” their statement added on Wednesday.

On Sunday morning the front pages of several British papers focused on the looming broadcast, with some reporting that the Queen would not be watching. The Mail on Sunday featured on its front page a royal source talking down public interest in the program — yet dedicated 11 pages to previewing the interview.

Hours before the interview airs the Queen and other royals were seen in their own, more traditional televised broadcast; the monarch gave a speech during a pre-recorded Commonwealth Day special on Sunday afternoon, where she discussed the coronavirus pandemic and praised the development of vaccines.

But the more keenly anticipated TV special falls at an already fraught time for the royals, with Prince Philip, the Queen’s 99-year-old husband, spending a third week in hospital, having undergone a heart procedure on Thursday.

But the royals likely know from history the impact the televised spectacle could have. The palace encounters a bombshell TV tell-all roughly once a generation; a 1970 interview with the abdicated King Edward VIII and Wallis Simpson posed problems for the Palace, 25 years before Princess Diana’s “Panorama” confessional was watched by tens of millions in Britain.

What makes the Sussexes’ conversation so unique is their continued proximity to the monarchy — Harry is still sixth in line to the throne — and their unwavering popularity, which they have already begun trading in for speaking engagements and reportedly lucrative media deals.

But their moves to date make clear that palace insiders are not their only targets. The pair are likely to save their harshest words for the British tabloid media, which has relentlessly pursued them for years.

“We all know how the British press can be … and it was destroying my mental health,” Harry told James Corden in a TV appearance last month. “I was like, ‘This is toxic,’ so I did what any husband and any father would do: I need to get my family out of here.”

The couple have fought multiple legal cases against publications and photo agencies that had printed details of their private lives.

Earlier this year Meghan won a privacy claim against the publishers of the Mail on Sunday after they published a letter she sent her father, and launched a stinging rebuke to “dehumanizing” media organizations after the verdict, saying the “damage they have done and continue to do runs deep.”

“It has been unbelievably tough for the two of us, but at least we had each other,” Harry told Winfrey in another promo clip, drawing parallels between their experience and that of his mother, Princess Diana, who was similarly exiled from the royals in the 1990s.

The door was closed on a potential return for the pair as working royals earlier this year.

But even that announcement was shrouded in tension; Harry and Meghan’s statement that “service is universal” was widely seen as a rebuke of the Palace’s framing of events, after the Queen confirmed that “in stepping away from the work of the Royal Family, it is not possible to continue with the responsibilities and duties that come with a life of public service.”

Nonetheless, the conversation means they can begin the task of reclaiming the narrative over their royal split, free at last to take media engagements of their choosing and sculpt their new lives as celebrity activists. 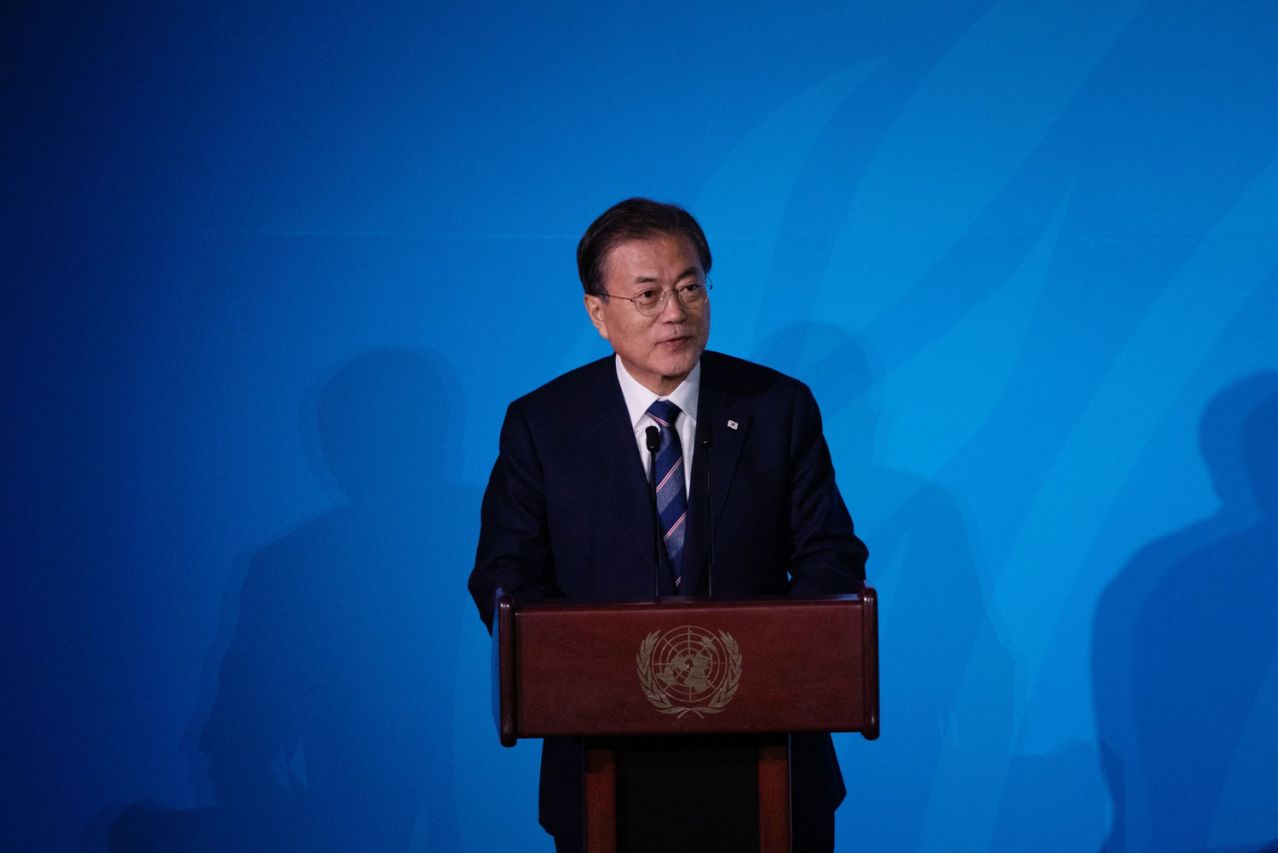 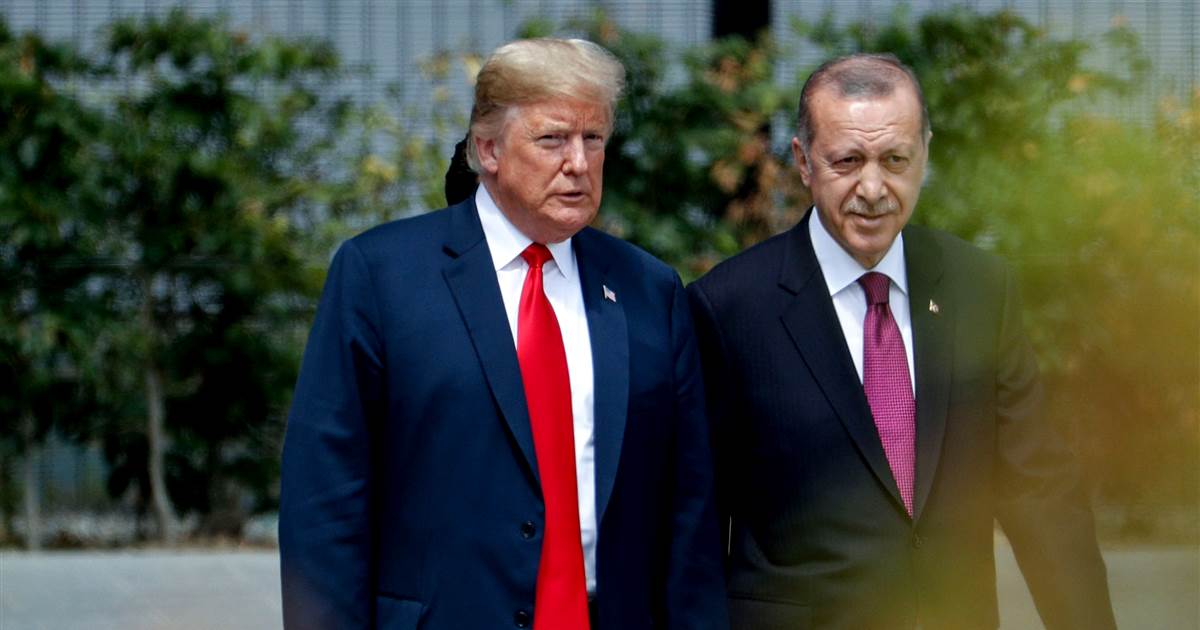 President Donald Trump on Monday ordered new sanctions on Turkey amid sustained criticism from Republican lawmakers over his decision to withdraw U.S. […] 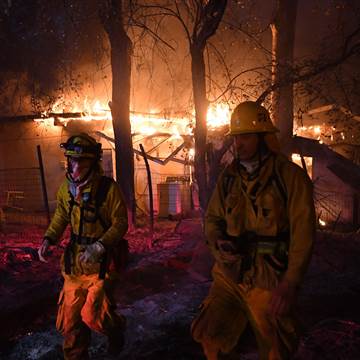 The Thomas Fire in California’s Ventura and Santa Barbara counties has consumed more than 230,000 acres over the past week — becoming […] 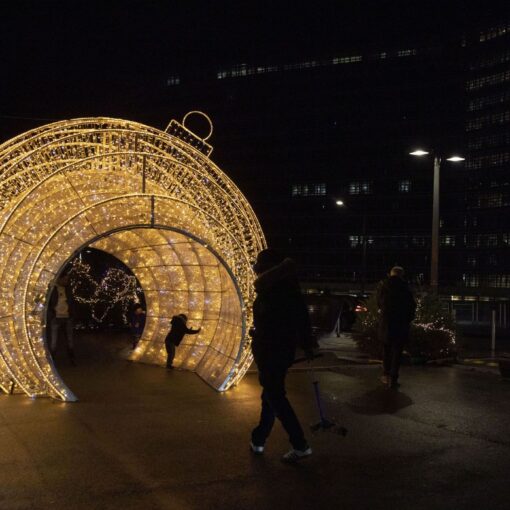