Sweden is heading for a coronavirus third wave and will need tighter restrictions after infections rose 10% for third week in a row, health chief Anders Tegnell warns

Sweden’s Public Health Agency has warned the country is heading for a third coronavirus wave, with greater restrictions possibly being needed to slow the spread of the virus.

The number of new Covid-19 cases being reported in Sweden has risen by ten per cent for the third week in a row – with intensive care units now beginning to feel the strain.

A number of new restrictions were put in place yesterday to help curb the potential third wave, including limited opening hours for shops and restaurants; the number of people allowed in shops and gyms were slashed and a maximum of eight people are allowed to meet at one time.

Despite this, in a press release, epidemiologist Anders Tegnell said that a third wave is imminent in Sweden if the current restrictions are not followed, Aftonbladet reports. 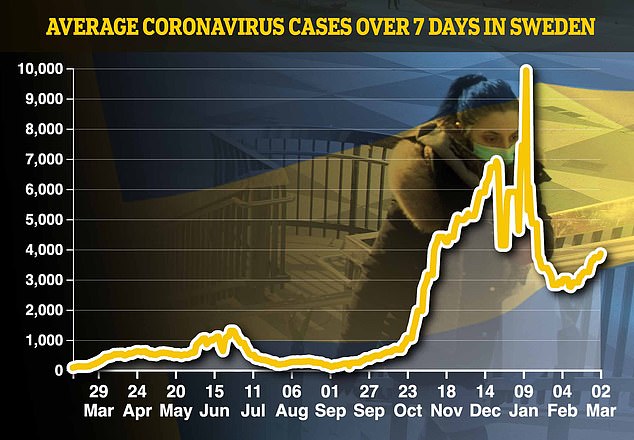 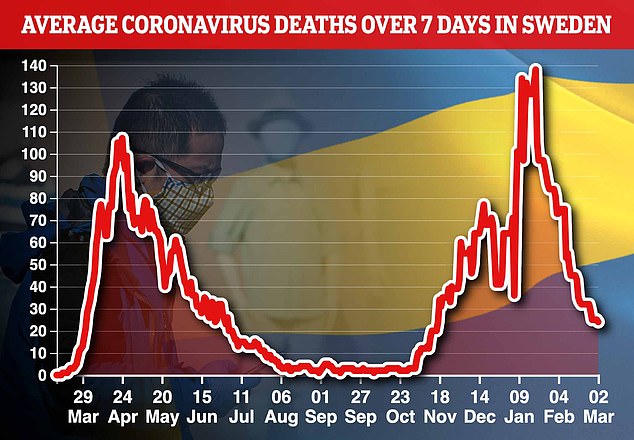 Over the weekend Sweden recorded 11,804 new coronavirus cases, with an additional 56 deaths as a result of the virus

This was echoed by Sweden’s Public Health Agency (PHA), which warned that even tougher restrictions could be necessary if people do not follow the rules.

Over the weekend Sweden recorded 11,804 new coronavirus cases, with an additional 56 deaths as a result of the virus.

Sweden’s death rate per capita is many times higher than that of its Nordic neighbours’ but lower than in several European countries that opted for lockdowns.

In preparation for the third wave, Sweden’s PHA has created three possible scenarios for the spread of Covid-19 until May 2021, labelled zero, one and two.

In scenario zero, it is assumed that the contacts remain at the same low level as during Christmas and New Year.

In scenario one, the contacts correspond to the level during the autumn of 2020, while in scenario two, the increase in contacts is faster than in the autumn.

‘The first scenario is a bit overplayed already. It was assumed that we would hold back our contacts even more,’  Anders Tegnell said.

‘We do not seem to be there. It looks like we are really on our way to a third wave.’ 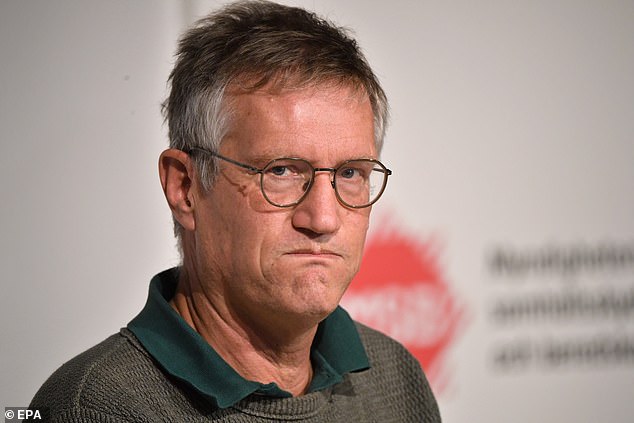 In a press release, epidemiologist Anders Tegnell (pictured) said that a third wave is imminent in Sweden if the current restrictions are not followed

With Sweden already heading towards scenarios one and two, more restrictions are likely to be enforced, though Tegnell was unable to outline where new measures would be implemented.

Instead he suggested that any new restrictions would be in response to relevant areas in which a large spread of Covid-19 occurs.

However, one measure which has been proposed, is to set a maximum limit on the number of people admitted into shopping malls and department stores to just 500.

This change could be enforced as soon as March 6, but the Public Health Agency is also working on other measures.

Speaking on the impact that vaccinations could have on the spread of coronavirus, Tegnell said that it will have little effect on the spread of the virus but would help keep the number of hospitalisations down.

What restrictions were put in place in Sweden on Monday?

Opening times reduced – The opening hours for restaurants, pubs and cafes around Sweden have been slashed in response to the increase in coronavirus cases.

Previously establishments had to stop serving alcohol at 8pm and new rules mean that they will have to fully close at 8.30pm.

Despite the new opening hours, establishments serving food can still send out deliveries.

Visitors in restaurants – Only one visitor from a party may enter a restaurant that forms part of a trading place.

This rule does not apply where a restaurant can be reached from a different entrance.

Fewer numbers in gyms and shops – The number of people entering gyms, shops and malls will also be reduced.

The Swedish Public Health Agency has been under increasing pressure to manage these numbers at local levels.

People wishing to go out shopping Sweden are encouraged to head out on their own, unless caring for children.

Public transport to run half-full – Where a journey on a train exceeds 150Km, providers have been told to only operate at half-capacity.

Anybody using public transport must wear a mouth covering when a seat is not offered. 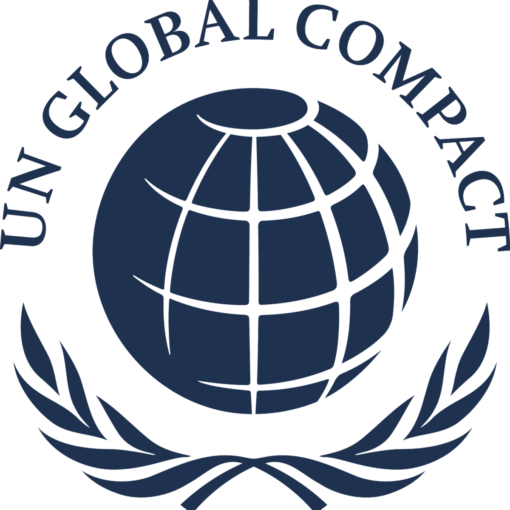 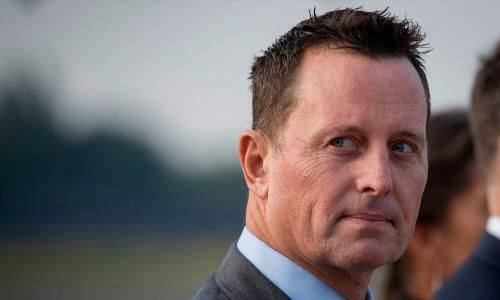 Photograph: Odd Andersen/AFP via Getty Images Donald Trump is planning to appoint the US ambassador to Germany, a combative loyalist, to his […] 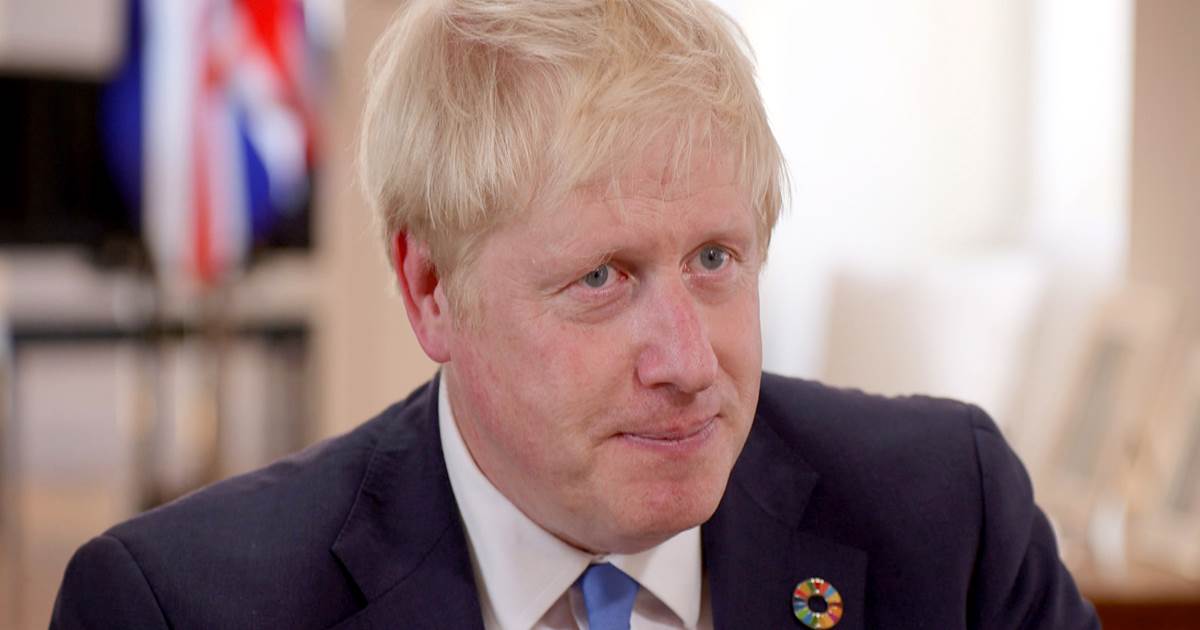 British Prime Minister Boris Johnson on Monday called for a new nuclear deal with Iran, saying President Donald Trump is the “one […]