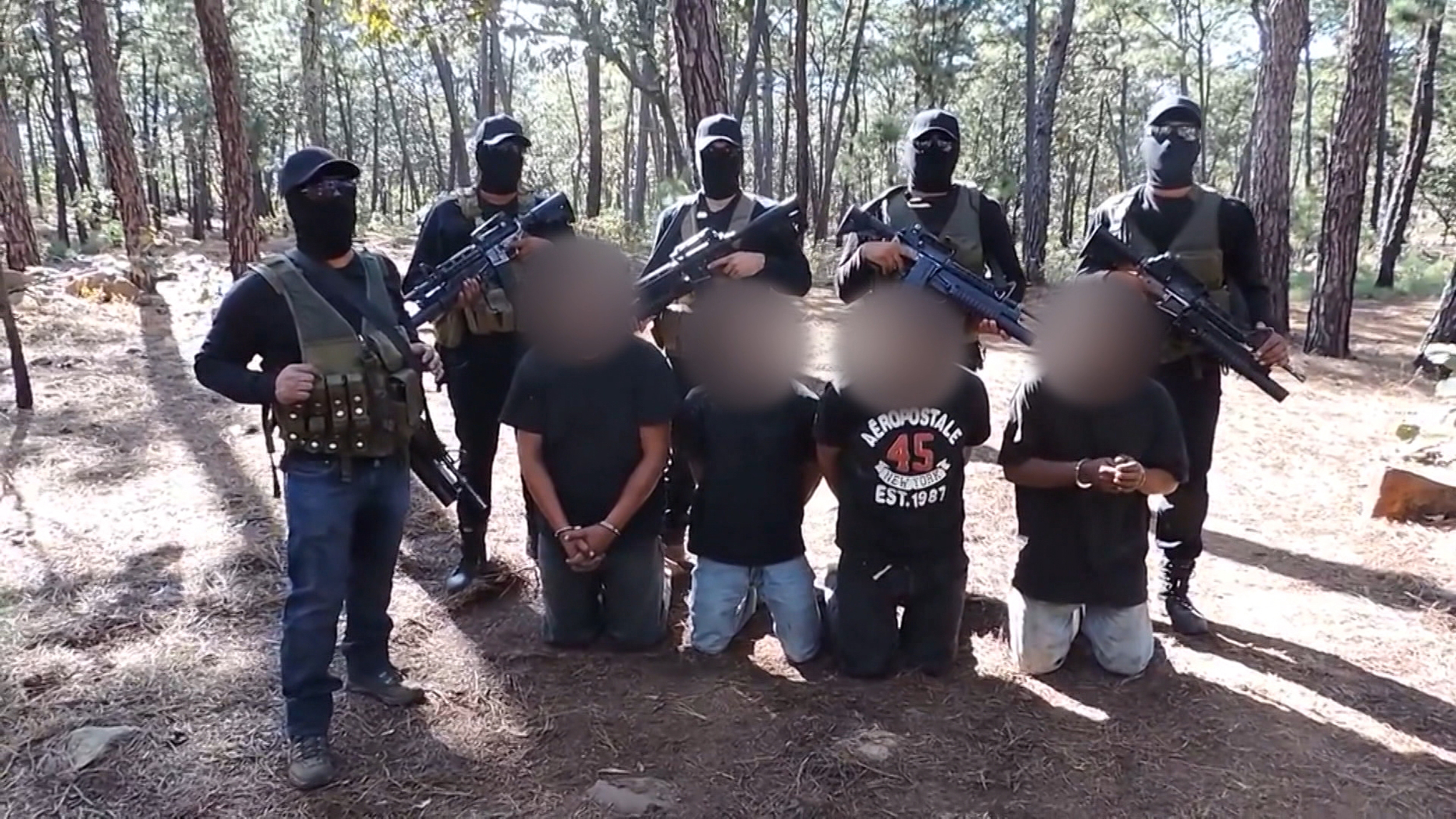 GUADALAJARA, Mexico — Sometimes, the decapitated bodies are hanging from bridges. Other times, the mutilated torsos are just discarded on the street. Often, the carnage comes with a calling card: “CJNG” in scrawled lettering.

The Cartel Jalisco Nueva Generación likes to send a message.

To those who have been tracking the resurgence of the Mexican drug war in the last few years, the cartel’s rise is particularly troubling — it is as brazen as it is ruthless. The Drug Enforcement Administration now believes the CJNG is responsible for tons of meth and fentanyl flowing into the United States each month.

“CJNG is our No. 1 priority right now,” said Bill Bodner, the special agent in charge of the DEA’s Los Angeles field division, who oversees a group of agents specifically tasked with tracking down the cartel’s leader.

Multiple American and Mexican law enforcement officials tell NBC News the CJNG’s head has filled the void after the 2016 capture of the notorious “El Chapo” Guzmán — who led the rival Sinaloa cartel. The CJNG has swooped in, these sources say, and it’s now considered the deadliest cartel in Mexico.

“The Zetas were very feared,” Bodner said. “But they met their match.”

The DEA has touted a $10 million reward for information leading to El Mencho’s arrest. But so far, authorities have come up empty.

The CJNG has only existed for about a decade, but it rose to power much more quickly than the rival Sinaloa cartel. Its influence now stretches across six continents and 28 of Mexico’s 32 states. Major U.S. cities — including Los Angeles, Chicago, Houston, Atlanta and New York — are all affected by the CJNG’s drugs, DEA officials said.

El Mencho has been indicted in U.S. federal court on charges of drug trafficking, corruption and murder.

But following his trail has been difficult. At one point, the DEA believed he might be hiding in the mountains, but it has been challenging to pin him down.

In many ways, he’s been a “ghost,” one source said.

The cartel leader was born in the tiny Mexican town of Naranjo de Chila in 1966 and lived for a time in California; he was arrested in the U.S. in the 1980s for selling drugs. He eventually made his way back to Guadalajara and began working for the Milenio cartel, a subsidiary of the Sinaloa cartel. He rose through the ranks, before splintering off into his group around 2010. The resulting group, the CJNG, would quickly unleash a new wave of violence on its rivals. After 2016, when El Chapo was captured, the bloodshed intensified.

El Mencho’s shadowy history doesn’t reveal much — except perhaps why it’s been so hard to find him.

“El Mencho seems to be a lot more disciplined than Chapo was,” Bodner said. “El Chapo liked to live the flashy lifestyle — the cars, women, nice restaurants, alcohol. El Mencho is content to stay away from that stuff, to work out, to eat right, to stay off the radar.”

One of his few known vices: his reported love of cockfighting, which has earned him another nickname — “The Lord of the Roosters.”

El Mencho’s American-born son, Ruben Oseguera González, was arrested in 2015 and is now being held in a maximum security prison in Mexico as U.S. authorities ask for his extradition on drugs and weapons charges.

According to the Mexican newspaper El Universal, in 2019 González’s attorneys accused a DEA agent of bribing a local magistrate to intervene and speed up the process — an allegation the agency vehemently denies.

“They’re trying to slow [the agent] down on this case,” Bodner said. “This is a tactic by a defense attorney trying to slow down an investigation into a cartel that’s trying to put up roadblocks to stop us from extraditing a person — who is a U.S. citizen, by the way.”

The battle between the DEA and cartels in Guadalajara has raged for decades. It was recently featured in the Netflix series Narcos: Mexico, which told the story of agent Enrique “Kiki” Camarena, who was kidnapped and murdered in 1985.

With his face obscured in darkness, the man vividly remembered the last time he spoke to his son.

It was more than a year ago. Almost 400 days of agony have followed: the searing pain of a parent who knows their child has been murdered – but can’t find the body.

“I didn’t believe human beings could do this,” he said in an interview. “We are at war.”

For security reasons, he asked that his face not be shown, nor his name used. That’s a common request in Mexico, where the government just announced that more than 61,000 people have disappeared amid the ongoing drug war — and where homicides topped 31,000 in 2019, the deadliest year in memory.

He wore a ball cap, a mustache and a tired smile. He worked as a chiropractor but his family owned a ranch in rural Mexico, which had been handed down through the generations. Until, he said, dozens of cartel members seized it to make meth.

“The government can’t handle them,” he said.

Across social media, the CJNG has posted gruesome displays of beheadings and executions. Other postings are propaganda videos meant to recruit new members. One former Mexican intelligence official said the cartel grooms potential recruits from a very young age — in their early teens — with easy access to drugs, promises of money and jobs. CJNG business cards with popular logos like Louis Vuitton are openly handed out. In some neighborhoods, cartel members employ Robin Hood-type tactics, handing out food and other supplies to poor communities. The young men who are lured into joining are immediately tortured and forced to become sicarios, or assassins, for the cartel. By the time they get older, they’re willing to torture and decapitate their own victims.

The ruthlessness of the attacks has drawn comparisons to the Islamic State militant group.

“In terms of violence, yes,” Bodner, the DEA agent, said. “They may not have a religious ideology, but the violence is the same.”

The DEA gave NBC News rare access to one of its secret labs that analyzes drug seizures at an undisclosed location. The agency is seeing more methamphetamine cross the border — and much of it is attributed to the CJNG. Unlike marijuana or heroin, meth doesn’t require huge swaths of land or good weather. The labs can be built in isolated areas — and the synthetic drug can be much more profitable.

At the DEA’s lab, technicians combed through the chemical composition of the meth.

“It’s much more pure (than before),” said Bodner, the DEA agent.

In Mexico, the security commissioner of the state of Guanajuato said in an interview that Americans’ addiction to drugs fuels the demand — which in turn fuels the cartels and their violence.

“Unfortunately, with each dose consumed, there comes the stain of blood,” Sophia Huett said. “And it’s something we cannot deny.” 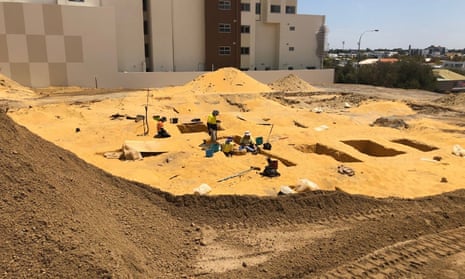 Just 2km from Perth’s CBD, below the bitumen surface of a nondescript car park, the remains of eight-year-old Mary Craig lay with […] 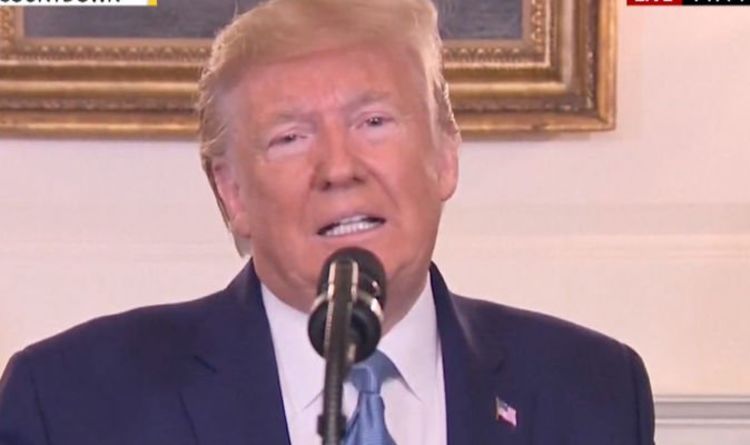