Last Monday, the Supreme Court, in an unsigned order consisting of a single sentence, denied former President Donald Trump’s request that the nation’s highest court stop the enforcement of a subpoena issued by a New York state grand jury. That subpoena was directed to Mazars USA LLP, the accounting firm that prepared Trump’s personal tax returns and those of various Trump organizations. And sure enough, by Thursday, Trump’s tax returns and underlying tax documents were delivered into the hands of Manhattan District Attorney Cyrus Vance.

Trump technically lost the court battle not to have to produce his tax materials, but he may have won the longer-term war.

Trump technically lost the court battle not to have to produce his tax materials, but he may have won the longer-term war — to slow the progress of the criminal investigations, perhaps to a point where prosecutors can no longer bring certain cases that have passed their statutes of limitations. Recently, the New York Legislature passed a new law that pauses the statute of limitations for the period of time when a president is in office; Congress has started a similar effort, but it needs to move faster.

The Supreme Court’s decision last week in the Mazars USA case was hardly a surprise, given that Trump had already lost this fight once before. Last July, the Supreme Court ruled against Trump’s argument that a sitting president should not be forced to respond to a state criminal subpoena. But the court mentioned that there might be other, less novel objections that could be raised about the subpoena. Trump’s attorneys quickly took the hint, and again asked the Supreme Court to stay enforcement of the subpoena, this time claiming that the subpoena was overbroad and issued in bad faith. But the court’s denial of that application this week finally ended the litigation, and Mazars USA has at long last produced the subpoenaed documents to the New York state prosecutors.

All white-collar crime prosecutors know that a financial crimes investigation starts with the documents. Our financial system is based on recorded transactions — bank records, tax records, accounting records — and those records become the evidence of the crime. Without financial records, other types of evidence such as witness testimony or surveillance are simply inadequate to prove a case beyond a reasonable doubt.

That is why the courts didn’t buy the former president’s argument that the subpoenas to Mazars USA — which called for, among other things, all tax return and tax preparation materials, financial statements, contracts and agreements, and all communications with Trump and his organizations — were overbroad. If prosecutors subpoena too narrow a set of documents, they run the risk that other relevant — or even exculpatory — documents may pop up for the first time at trial. That’s a chance no prosecutor can take.

Without financial records, other types of evidence such as witness testimony or surveillance are simply inadequate to prove a case beyond a reasonable doubt.

Second, financial investigations are time consuming, and a U.S. president under criminal investigation has a number of tools at his disposal that can burn up even more time before the statute of limitations kicks in.

Trump’s challenges to the Mazars USA subpoena, most of which pertained to his unique position as president of the United States, are a good example: the Manhattan District Attorney’s Office, under Vance, opened its criminal investigation in the summer of 2018. Its subpoena to Mazars USA was issued Aug. 29, 2019. Trump’s first court challenge to the subpoena took place in the federal district court, then the federal appeals court, and eventually the U.S. Supreme Court, resulting in the Supreme Court’s first ruling against him July 9, 2020. Trump’s second court challenge followed the same laborious path to the Supreme Court, ending again in defeat on Feb. 22. The state prosecutors finally prevailed, but they were forced to spend one and a half years just trying to get the documents that are usually the starting point in a financial crimes investigation.

Third, any prosecutor trying to investigate a sitting president is constrained by the legal — or perhaps political — argument that a sitting president cannot be criminally indicted. Indeed, the Department of Justice took this position most recently in a 2000 opinion by its Office of Legal Counsel, and that opinion remains the Justice Department’s policy today. Whether that policy is right or wrong, there would surely be much hand-wringing if it were not followed. Meanwhile, the clock would continue to tick on the statute of limitations.

The state of New York has taken common sense action to remedy this problem with respect to potential state prosecutions of former presidents. On Feb. 10, the New York state Legislature passed the “New York No Citizen is Above the Law Act,” sponsored by the Senate’s Deputy Majority Leader Michael Gianaris. The new law provides that if a former president is charged with a New York state crime, the amount of time he was president is excluded from the calculation of the statute of limitations. Whether this law can apply to criminal conduct that predated the law’s passage remains to be seen, but there is a sound argument that it can be applied if the statute of limitations had not yet expired when the act was passed. This is why these laws must be passed as soon as possible.

Federal prosecutions of former presidents need the same kinds of safeguards. In the U.S. Congress last year, the House of Representatives advanced a bill titled the “No President is Above the Law Act of 2020,” introduced by Rep. Jerry Nadler, D-N.Y., which pauses the statute of limitations for federal criminal offenses that are committed by the president or vice president prior to or during their term of office. This bill provides badly-needed balance to the Justice Department’s conclusion that a sitting president cannot be indicted. Congress should act to pass it quickly. Until it does, the clock is still ticking.

Carol C. Lam was a U.S. Attorney for the Southern District of California and a federal prosecutor for 18 years. She also served as a Superior Court Judge in San Diego County. She is a legal analyst for MSNBC. 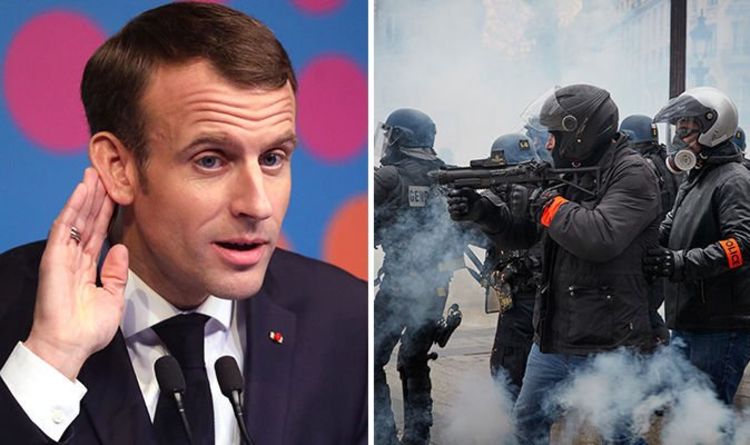 The embattled French president Emmanuel Macron has suffered a record-low plummet in poll ratings after a fifth weekend of anti-government protests. A […] 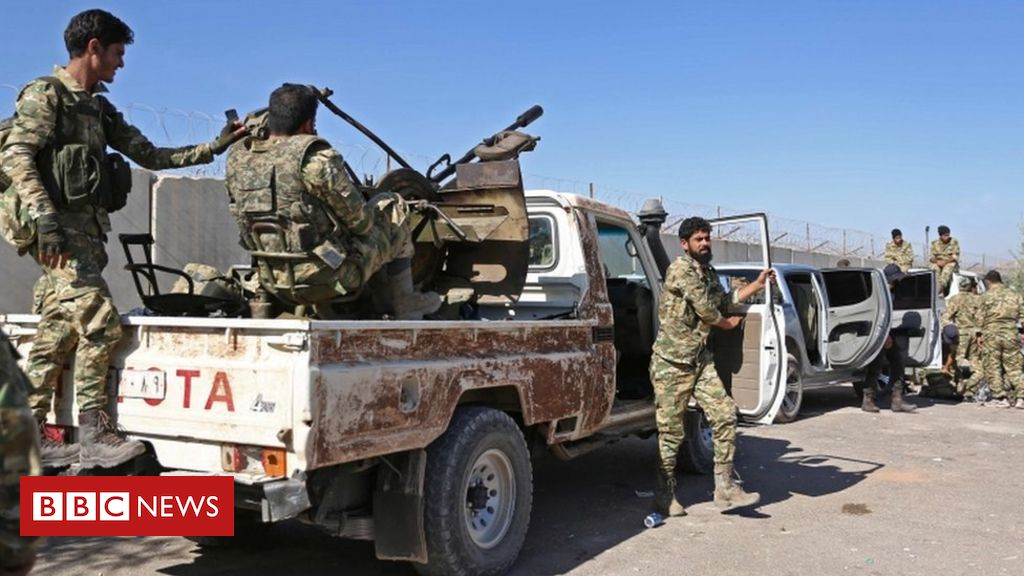 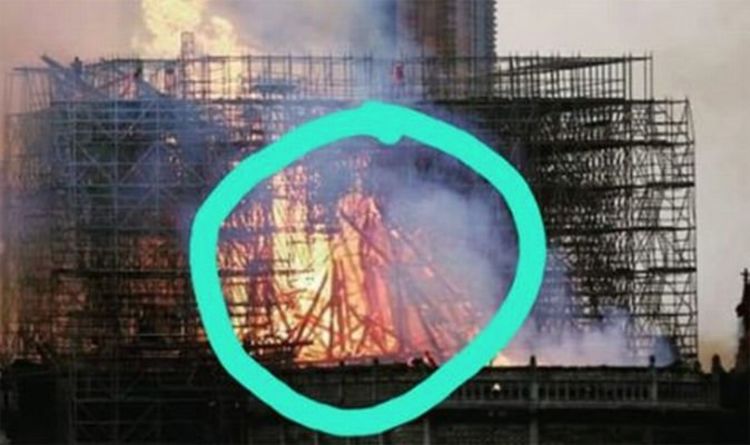 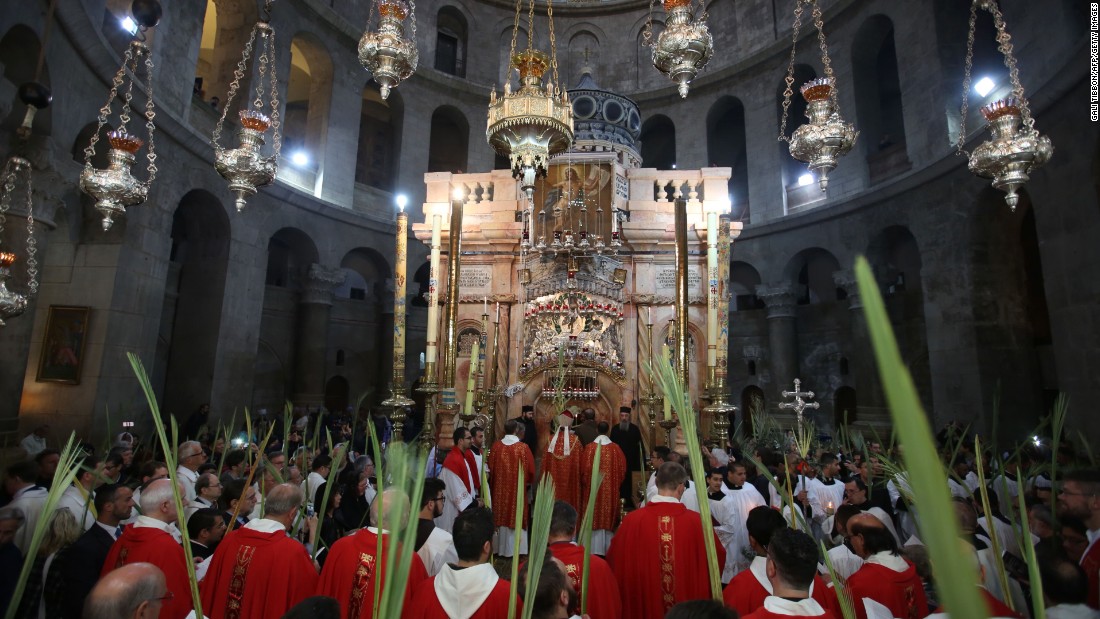 Crowds left palm fronds and clothing in his path as a sign of praise and respect. Here’s what you need to know […]