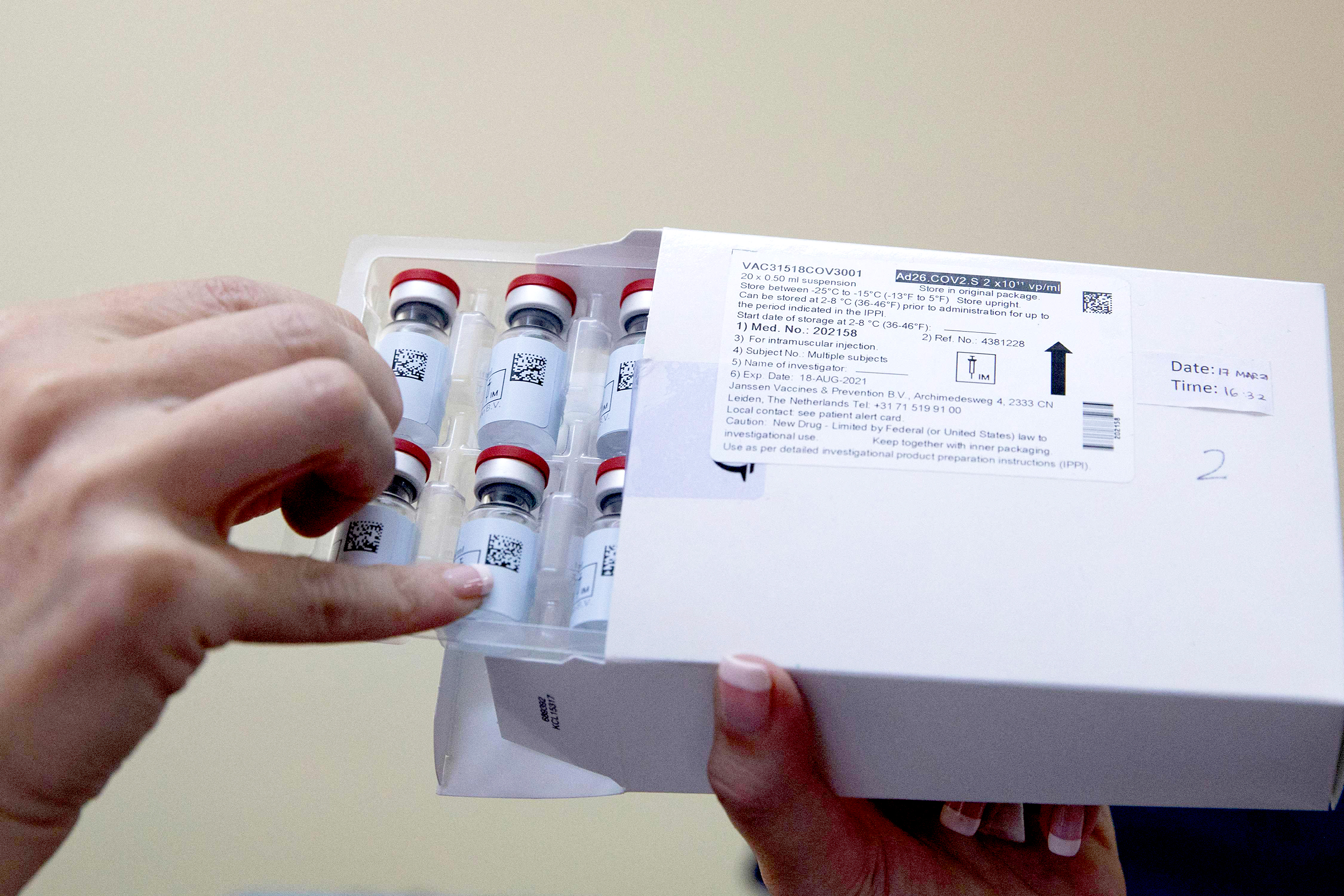 An independent advisory panel to the Food and Drug Administration voted Friday to recommend that the agency authorize Johnson & Johnson’s Covid-19 vaccine.

Members of the Vaccines and Related Biological Products Advisory Committee, or VRBPAC, voted unanimously in favor of recommending authorization.

The FDA is not required to go along with the committee’s recommendation, but is widely expected to, and could possibly issue an emergency use authorization as soon as Friday evening or Saturday. It would be the third Covid-19 vaccine authorized in the U.S., in addition to vaccines from drugmakers Moderna and Pfizer-BioNTech.

Johnson & Johnson’s vaccine, made in partnership with Janssen Pharmaceuticals, is a single shot and can be stored for three months at normal refrigeration temperatures. If authorized, it would be for people 18 years and older.

Previously released results from Phase 3 clinical trials showed the vaccine to be safe, and able to reduce moderate to severe outcomes from Covid-19 by about 72 percent in the U.S.

The effectiveness increased to more than 85 percent when researchers looked only at severe outcomes.

Among study participants in South Africa, where a new variant has been spreading, efficacy was found to be 64 percent for moderate to severe disease.

Zero Covid-related deaths or hospitalizations were reported among study participants within a month of receiving the vaccine. This suggests the vaccine may be able to turn Covid-19 from a potentially severe or deadly viral illness, to one that can be managed largely from home.

The analysis also suggested the vaccine may cut the spread of SARS-CoV-2, the virus that causes Covid-19, from person to person, but more research is needed to confirm those results.

The Johnson & Johnson vaccine differs from the vaccines from the Moderna and Pfizer vaccines in how it works. It uses an inactivated virus, called an adenovirus, to teach the immune system to be on alert for SARS-CoV-2. The other vaccines also work to educate the immune system, but use a different lesson plan: genetic material called messenger RNA, or mRNA.

One or two doses?

Though Johnson & Johnson studied its vaccine as a one-dose regimen in its Phase 3 clinical trials, studies of whether a second dose would be safe and boost effectiveness are ongoing.

FDA panel member Dr. Eric Rubin wondered what would happen if a two-dose formulation ultimately proves to be superior.

“We have a vaccine now that has good efficacy,” said Rubin, an adjunct professor in the department of immunology and infectious diseases at the Harvard T.H. Chan School of Public Health. “We’re going to have a large number of people who’ve gotten a single dose out there. What do we do for them?” he asked.

Another panel member, Dr. Paul Offit, a vaccine expert at Children’s Hospital of Philadelphia, suggested a two-dose vaccine might become a messaging challenge.

“You can see where that would be confusing to people where they may be thinking, ‘maybe I didn’t get what I need.'”

Dr. Archana Chatterjee, an expert in pediatric infectious diseases at Rosalind Franklin University in Chicago, seemed to be less concerned about the potential for a two-dose regimen.

“We are in such a fluid situation,” she said. “This is going to evolve over time.”

Johnson & Johnson reported that among the more than 43,000 clinical trial participants, the most common side effects were mild to moderate, and included fatigue, headache and pain at the injection site.

Five people who got the vaccine developed a rash, compared to one person in the placebo group.

One man had pain at the injection site that couldn’t be helped with painkillers. Another participant had to be hospitalized with weakness, fever and headache, but recovered within four days.

And one man developed a severe allergic reaction, which included a rash, muscle weakness, fatigue and an itchy throat. The reaction, however, was not considered to qualify as the most severe form of an allergy, called anaphylaxis.

Dr. Gregory Poland, director of the Mayo Clinic’s Vaccine Research Group in Rochester, Minnesota, spoke on behalf of Johnson & Johnson during Friday’s meeting. He said there is “compelling evidence” that the vaccine is tolerated well.

“To me, it is clear that the known benefits vastly outweigh known risks, and meets the criteria for emergency use authorization,” Poland said.

If authorized, the vaccine would greatly increase the supply of vaccines in the U.S. Johnson & Johnson has said it expects to provide 4 million shots immediately, 20 million shots by the end of March, and 100 million by summer.

Trials of pregnant women are expected to begin in late March or early April, Dr. Johan Van Hoof of Janssen Pharmaceuticals, said during Friday’s meeting. Studies into the vaccine’s safety and effectiveness among teenagers are also scheduled. 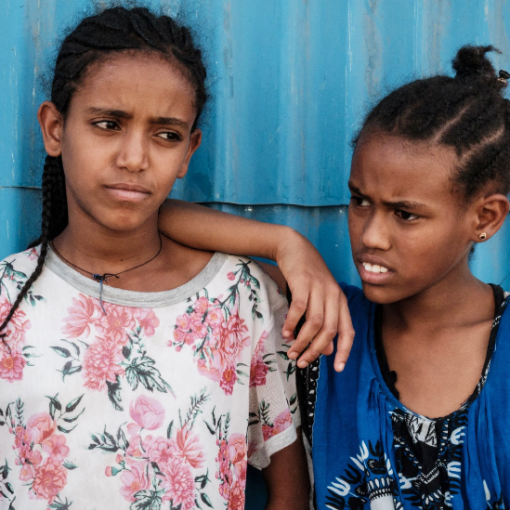 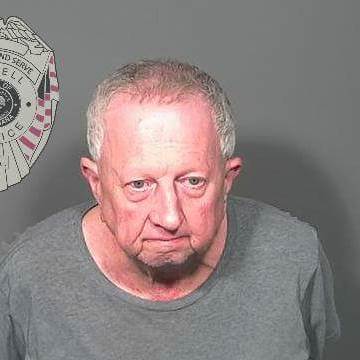 SLIDELL, La. — A 67-year-old Louisiana man swindled people out of thousands of dollars as a middleman in a “Nigerian prince” internet […] 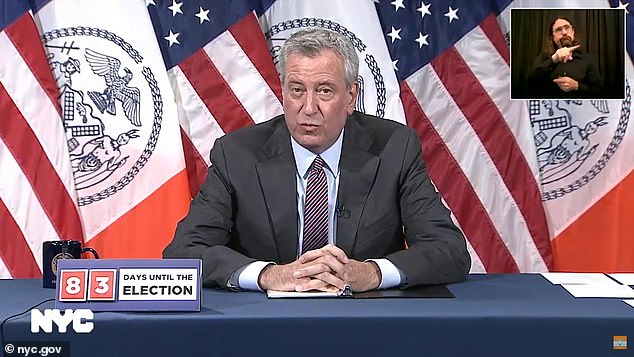 New York City Mayor Bill de Blasio says officials will be door-knocking or phoning every single one of the 38,000 households in […] 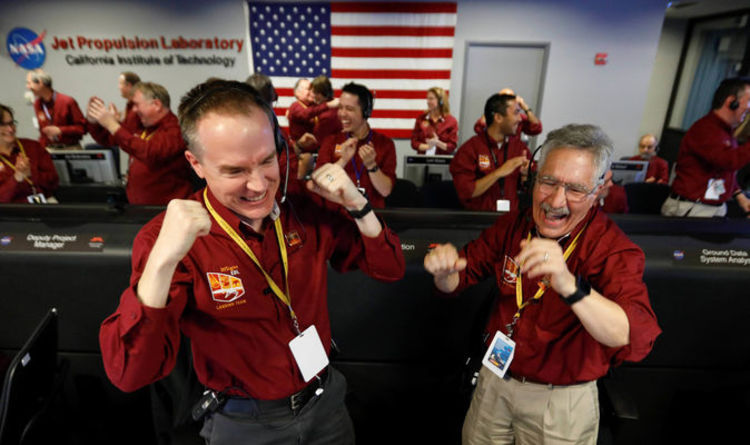 InSight touched down on the Red Planet at about 7.50pm following a tense seven-minute landing. The bold two-year mission will study the […]