Tiger Woods in surgery with ‘multiple leg injuries’ after rolling his car in Los Angeles: Paramedics use ‘jaws of life’ to free him from serious wreck 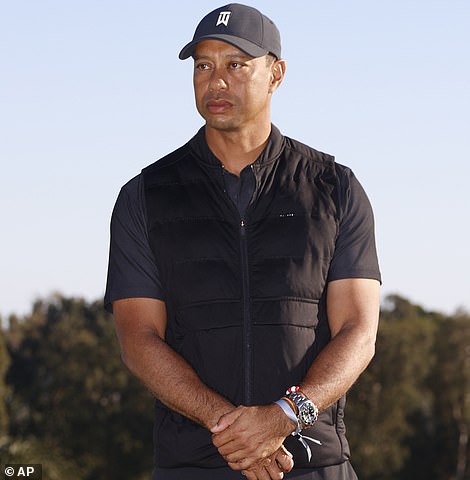 Tiger Woods is shown on Sunday at the Genesis Invitational golf tournament. He is now in surgery

The 45-year-old golfer was driving alone near Rancho Palos Verdes when his Genesis GV80 flipped over at 7.12am.

Firefighters had to use a device known as the ‘jaws of life’ to break open the car and rescue him.

He was then taken to an unspecified L.A. hospital where he is now undergoing surgery to correct ‘multiple injuries’ on his legs, his agent Mark Steinberg said in a statement shortly after the crash.

‘Tiger Woods was in a single-car accident this morning in California where he suffered multiple leg injuries.

‘He is currently in surgery and we thank you for your privacy and support,’ Steinberg told Golf Digest.

Woods was previously arrested on a DUI in 2017.

The cause of Tuesday’s crash is unknown but sheriffs are investigating. An anonymous source cited by TMZ on Tuesday said they didn’t think alcohol was involved.

Woods lives in Florida but was in California for a two-day content shoot with Golf Digest/GOLFTV after completing hosting duties at the PGA Genesis Invitational over the weekend.

On Monday, he was seen with Jada Pinkett Smith, Dwayne Wade and David Spade at the Rolling Hills Country Club. 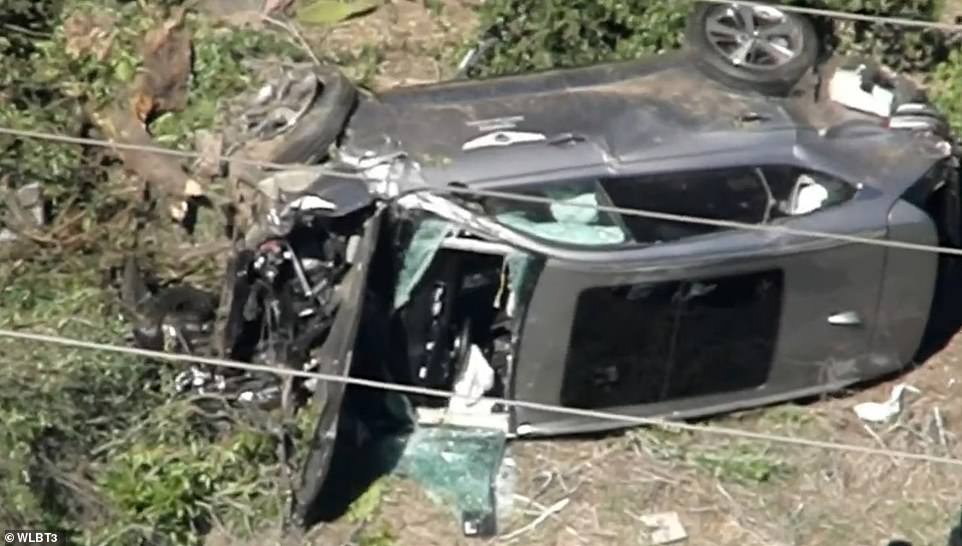 The wreckage of Woods’ car on Tuesday after the crash shortly at 7am. He had to be pulled from the wreckage 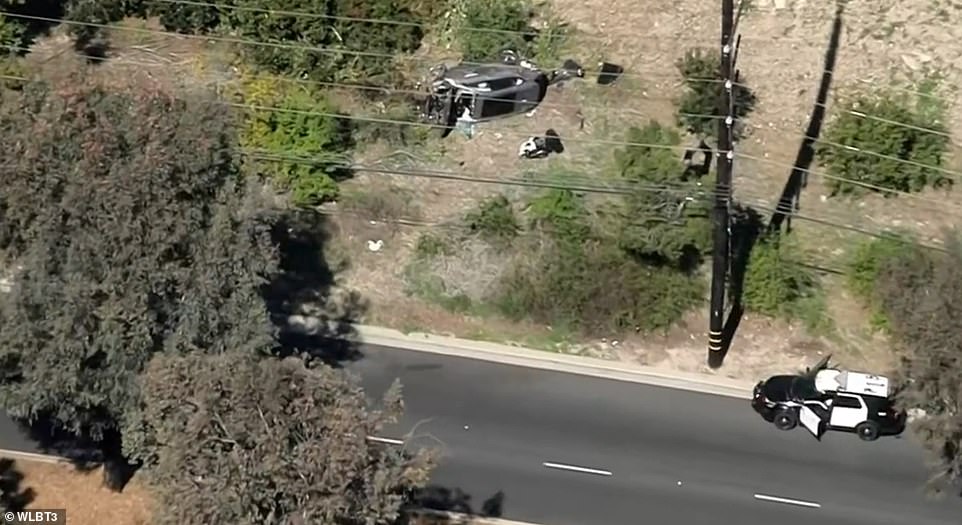 This is how far the golfer’s car was from the road. The cause of the crash is unclear

Sources told DailyMail.com he was driving a Genesis GV80 which had been lent to him by the car company while he was in California to host the PGA Tour’s Genesis Invitational over the weekend 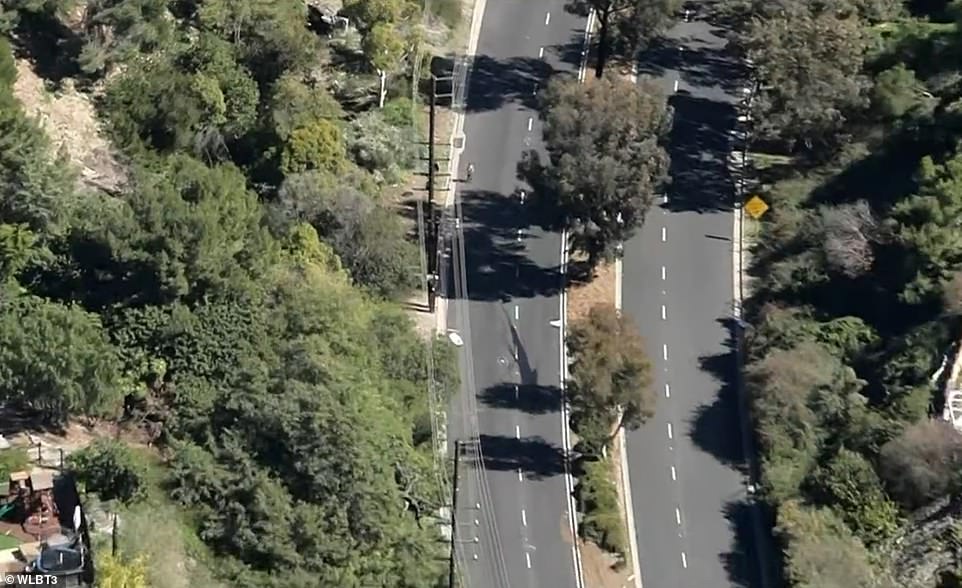 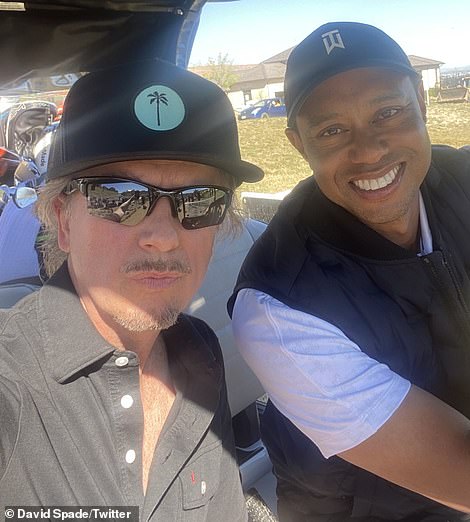 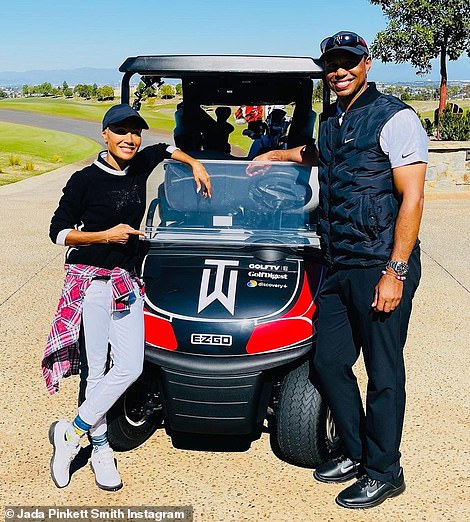 On Monday, Woods filmed with David Spade and Jada Pinkett Smith for GolfTV. He was staying in L.A. for a two-day shoot after hosting the PGA tournament over the weekend

Pinkett Smith uploaded photos of her on the golf course with him on Instagram, writing alongside them: ‘Guess who I had the most awesome golf day with yesterdayyyyyy??? Yes! The magnificent @tigerwoods!!!!

David Spade also tweeted a photo with him.

‘Golf lesson with this guy today. And you know what? He’s not bad… He picks things up very quickly. Good listener,’ he captioned it.

Sources told DailyMail.com he was driving a Genesis GV80 which had been lent to him by the car company while he was in California to host the PGA Genesis Invitational over the weekend.

Images taken at the scene show police markings traversing the road and going over the central reservation which suggests that is the path Woods took.

In a statement, the sheriff’s department said: ‘On February 23, at approximately 7.12am, LASD responded to a single vehicle roll-over traffic collision on the border of Rolling Hills Estates and Rancho Palos Verdes.

‘On February 23, at approximately 7.12am, LASD responded to a single vehicle roll-over traffic collision on the border of Rolling Hills Estates and Rancho Palos Verdes.

‘The vehicle was traveling northbound on Hawthorne Boulevard, at Blackhorse Road, when it crashed.

‘Mr. Woods was extricated from the wreck with the jaws of life by LA County firefighters and paramedics, then transported to a local hospital by ambulance for his injuries.’

It is unclear which hospital he has been taken to, and what type of surgery he is undergoing. 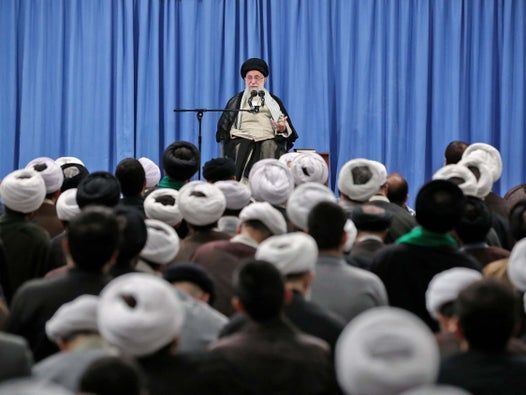 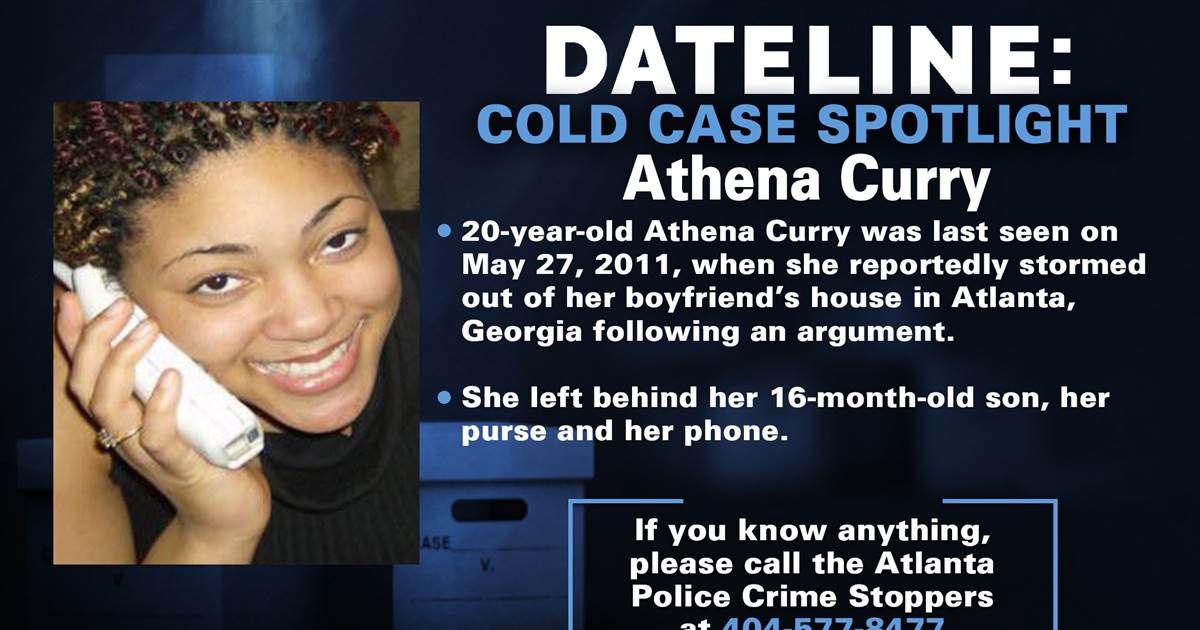 Ten-year-old King doesn’t remember his mother, Athena Curry, who disappeared Memorial Day weekend in 2011 when he was only 16 months old. […] 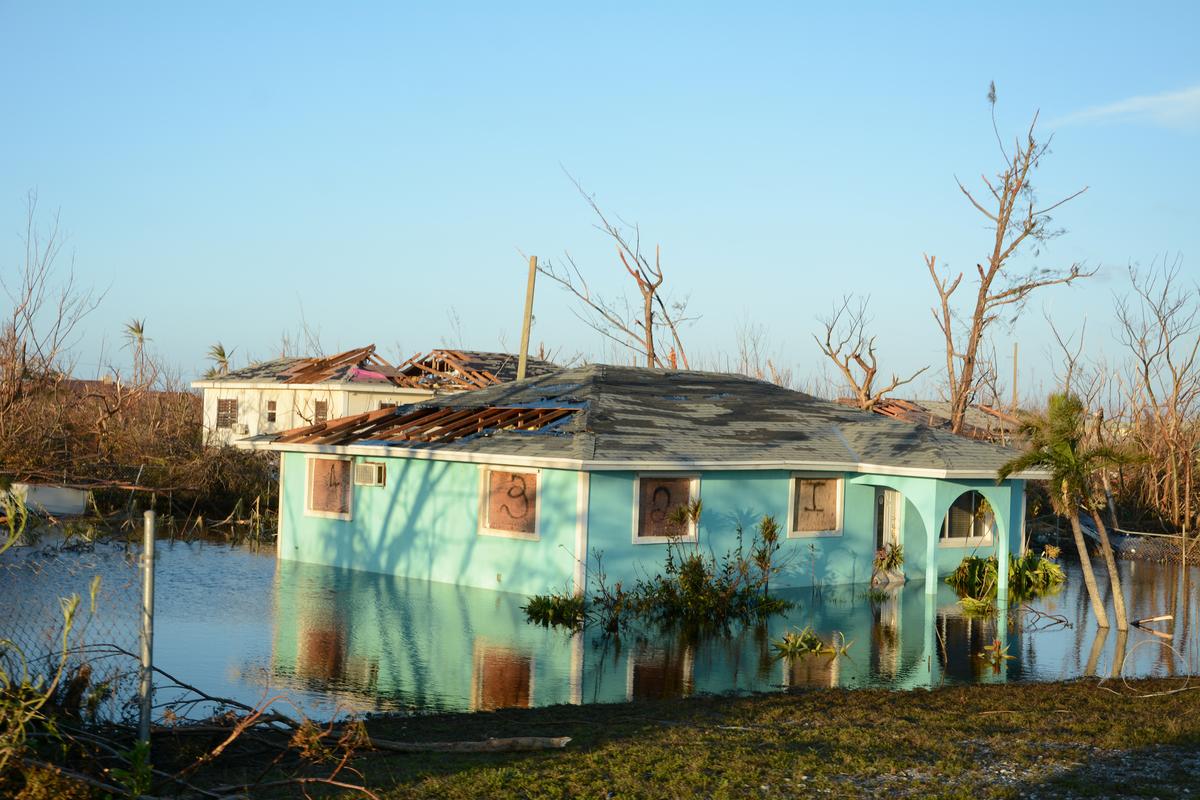 MARSH HARBOUR, Bahamas (Reuters) – The smell of death hangs over parts of Great Abaco Island in the northern Bahamas, where relief […] 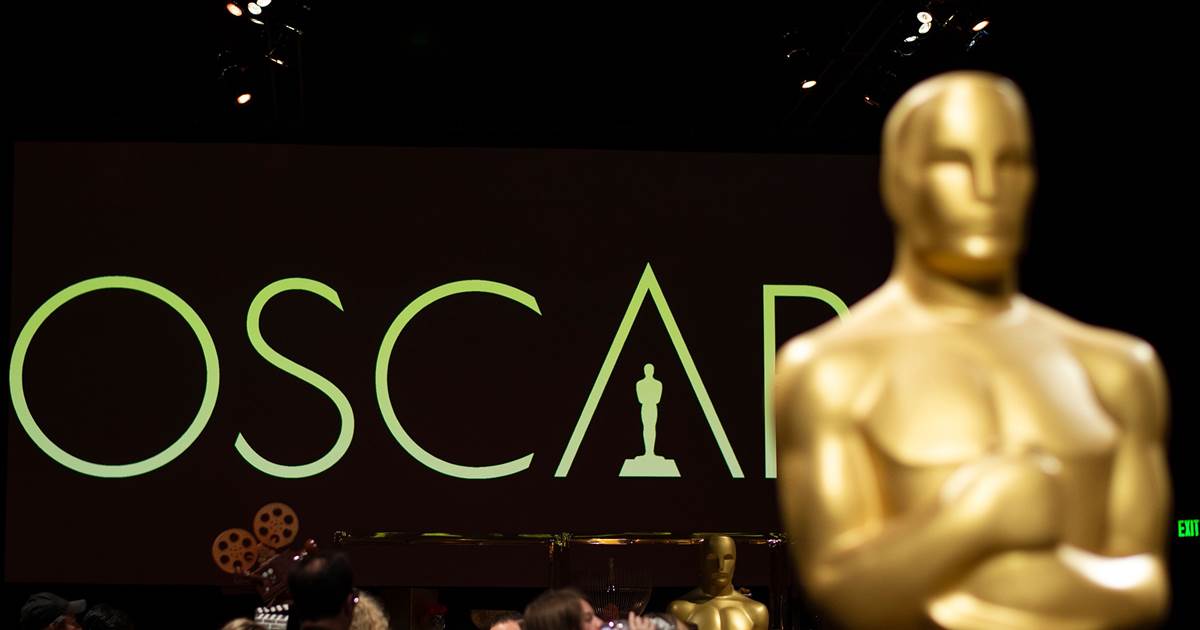